Age of Sigmar: New Stormcast Put the Great in Greatbow 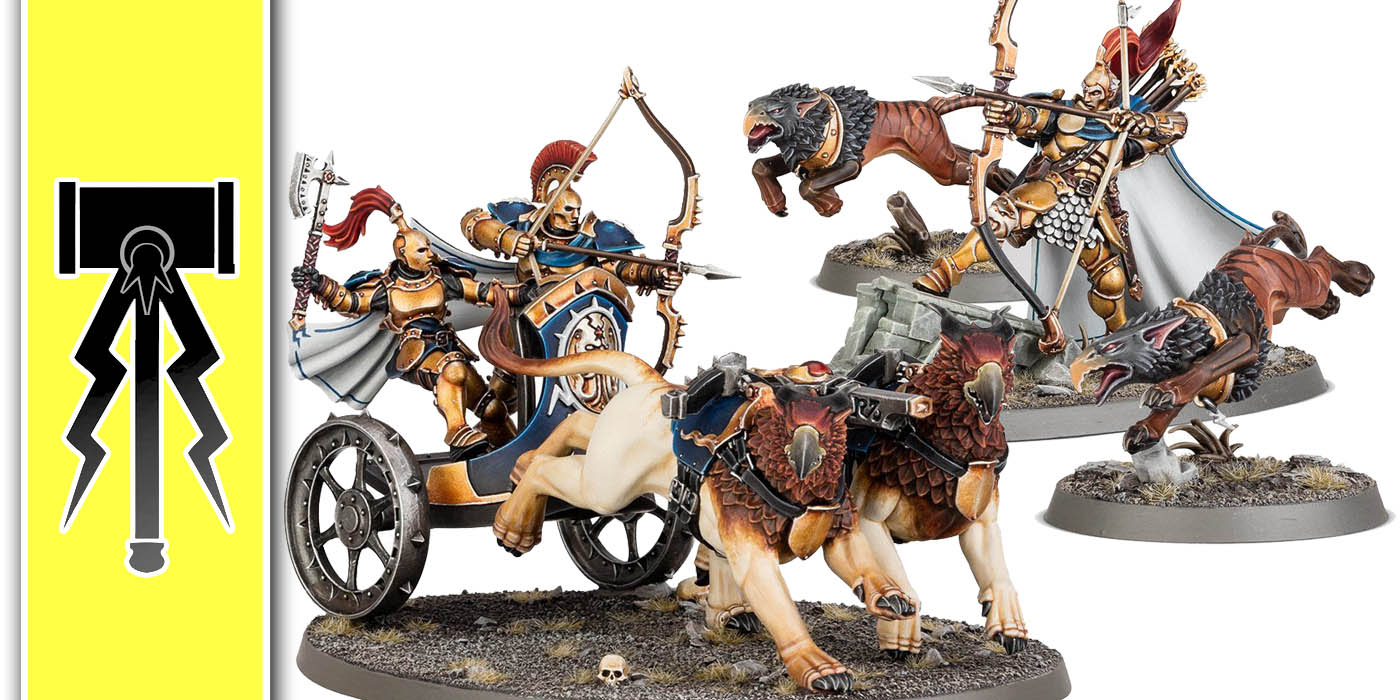 After the thunder comes the rain…of arrows.

This weekend, at long last, the brand new battletomes for the Dominion armies are going up on pre-order, alongside the first wave of reinforcements for both the mighty Stormcast Eternals and the sinister Kruleboyz. For the former, Sigmar has provided not only a re-release of the Lord-Arcanum on Gryph Charger for the first time outside Soul Wars, but also a pair of deadly new archers to provide some fast ranged support to your army of golden warriors. While we don’t have much idea what their rules will be like just yet, we can draw a few theories based on what we saw in the preview, and everything looks great. 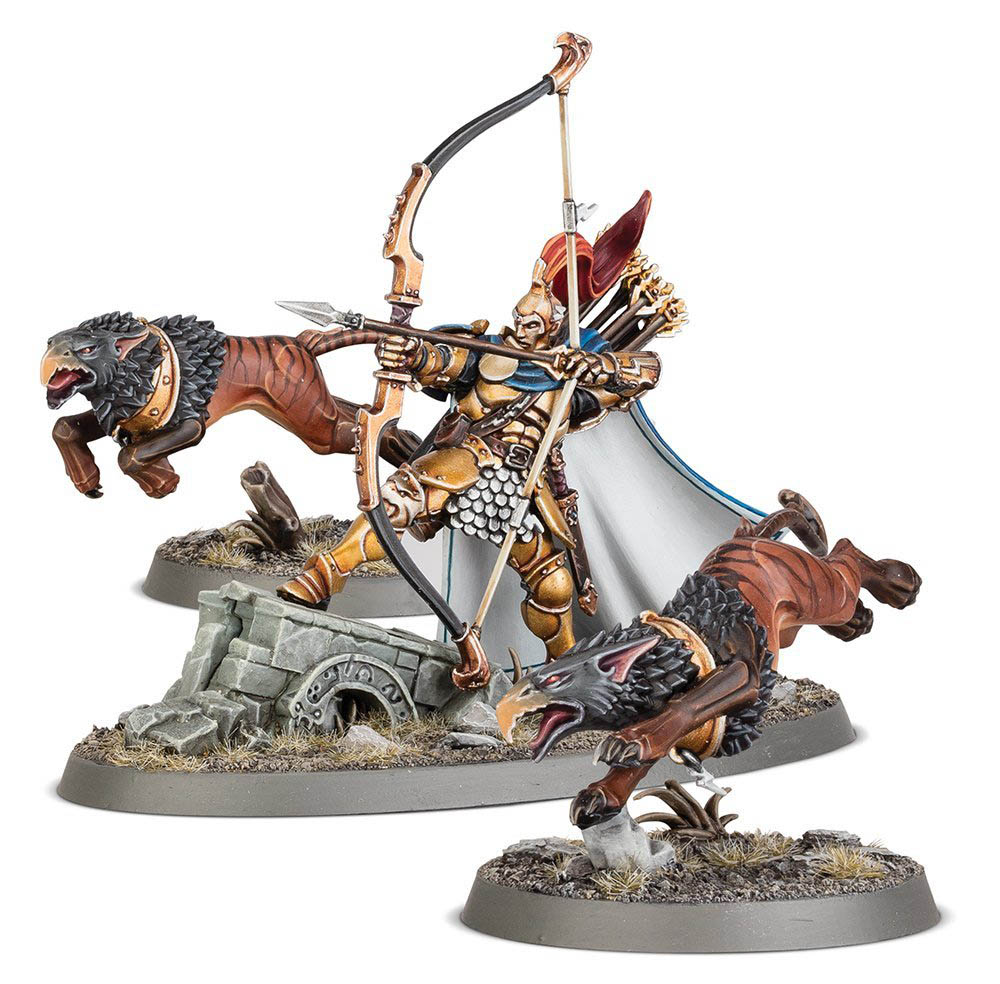 Starting off the reinforcement train for the boys in bolts we have the newest hero, the eagle-eyed Knight-Judicator. Like his Judicator namesake, he marches to battle with a long range bow, but as a hero he gets to pull out the big guns, and carries the ominously named Terminus Greatbow, a massive weapon that’s even taller than him. If this enormous ballista doesn’t do the job of smiting his foes, he can also call down the galvanic power of Sigmar to scorch his unlucky enemies before turning his gaze on another foolish warrior that dares encroach on Sigmar’s protected lands. He also doesn’t go to battle alone, as two loyal Gryph-Hounds lope alongside him, who we know will be able to allow him and nearby shooters to punish enemy reinforcements that arrive within 12″, allowing you to partially dictate enemy deployment. 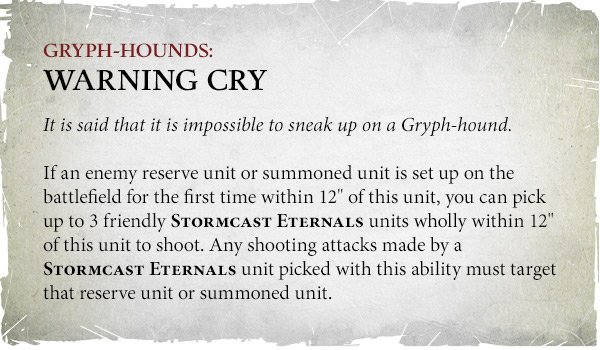 All three models in this kit are extremely dynamic, with the Gryph-Hounds charging forward to harry the Knight’s foes while the Knight himself braces a massive shot against a bit of fallen masonry. He’s going to make an awesome centerpiece unit, and once we know more about his rules, most likely an incredible support hero or anti-general assassin for your Stormcast legions. 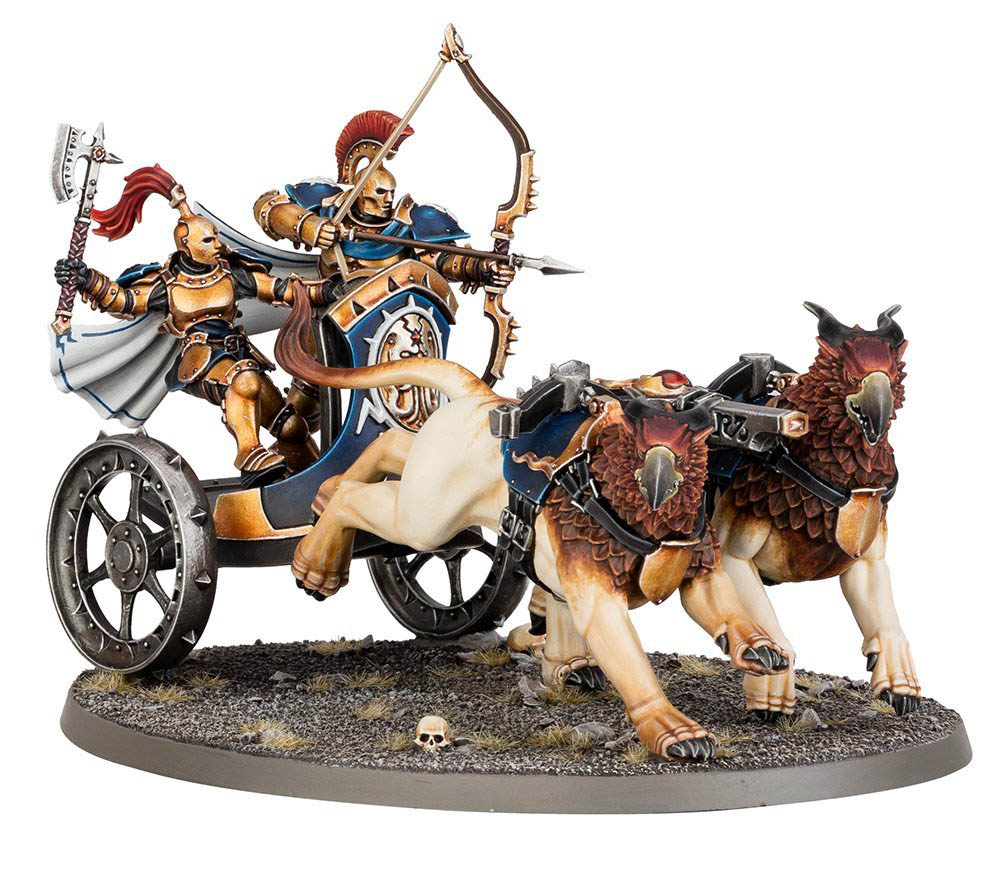 Taking a page out of the Cities of Sigmar book, the Stormcast have decided that RIDING Gryph-Chargers isn’t enough, so Grungni whipped them up a Greek-style chariot to bear them into battle. Mounted on the back are two mighty Stormcast, one with a Sigmarite axe that looks delectably Duardin and the other who can either be equipped with a deadly Tempestuous Spear or the long ranged Great Stormbow. Of course, regardless of what weapon you choose, the real power of the chariot is right there in the name; it hits like a thunderbolt, thanks to the in-built power of Sigmar’s Azyrite lightning. 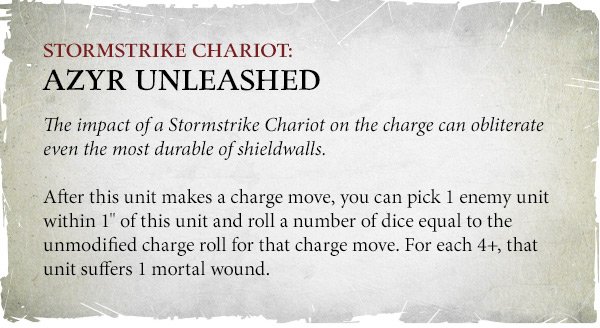 The chariot brings an exciting new harassing unit to the otherwise plodding Stormcast, and will fit perfectly into a Vanguard Chamber army. The design is simple but also detailed in just the right places, giving off the image of a light but powerful warmachine. The heads of the Gryph-Chargers turned towards the next unlucky target as the riders dispatch their current foe is glorious, and I’m sure these will be fielded in at least groups of 3. 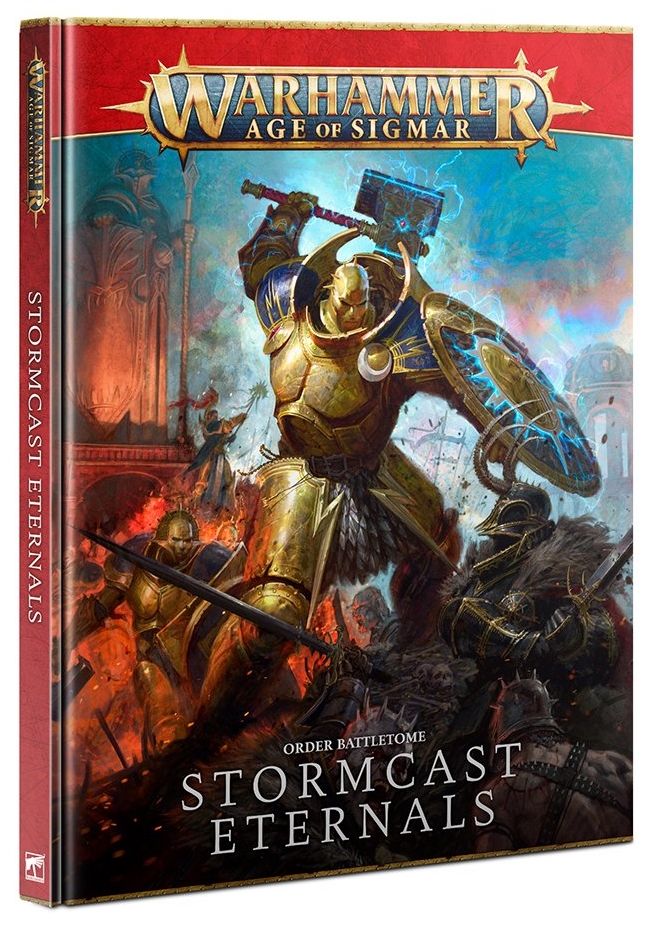 Are you excited for the new models?