Age of Sigmar: Origins of the Warriors of the Storm – PRIME 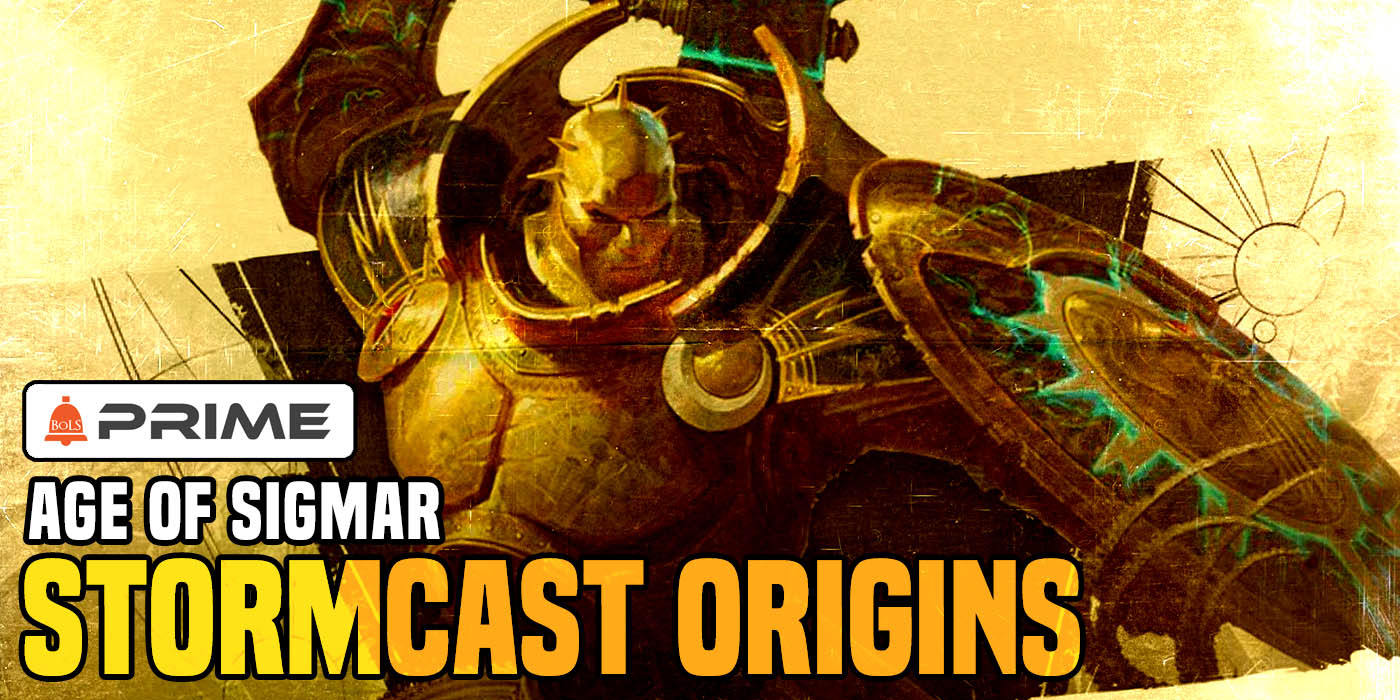 The Stormcast aren't the only immortal sky warriors...or the first.

There are tons of exciting armies in the game of Age of Sigmar, from phalanxes of sinister undead collecting tithes of bones to hordes of wild greenskins bent on destroying the trappings of civilization. However, perhaps the most iconic of all the armies are the golden-clad warriors of Sigmar, the reborn heroes of the Stormcast Eternals. The primary guardians of Order, they arrive from their home plane of Azyr on bolts of lightning to smite the foes of the God-King with blade and hammer. They are warriors almost without equal, forged from the souls of great heroes that died in the service of Sigmar or one of the settlements he protects. However, unique as they are, like all things in fantasy, they have their roots in the real world, and armored warriors descending from the sky on the back of lightning bolts have been around for longer than you might think.

Enter the Norse
The first and most obvious comparison that can be made is the Einherjar, literally translated from Old Norse as "army of one" or "those who fight alone", the spirits of great Norse warriors that were carried to Valhalla by the Valkyries. As the Stormcast are forged from souls of great warriors from the Realms or those Sigmar deemed worthy, the ranks Einherjar are filled with warriors that died valiantly in battle and were select...