A new race and a new subclass revealed, and we’re only on Day 2 of D&D Celebration! Check out the Metallic Dragonborn and the new Drakewarden Ranger.

D&D Celebration is under way, moving full steam ahead. And so far we’ve gotten a few sneak peeks inside the upcoming new dragon-centric book, Fizban’s Treasury of Dragons. There’s a big preview scheduled for later today, where you’ll doubtless see more. But for now, take a look at the new metallic dragonborn–a subrace for dragonborn that allows you to lean specifically into gold, silver, bronze, copper, or brass dragon heritage, and the new drakewarden ranger, which gets a fighting draconic companion. 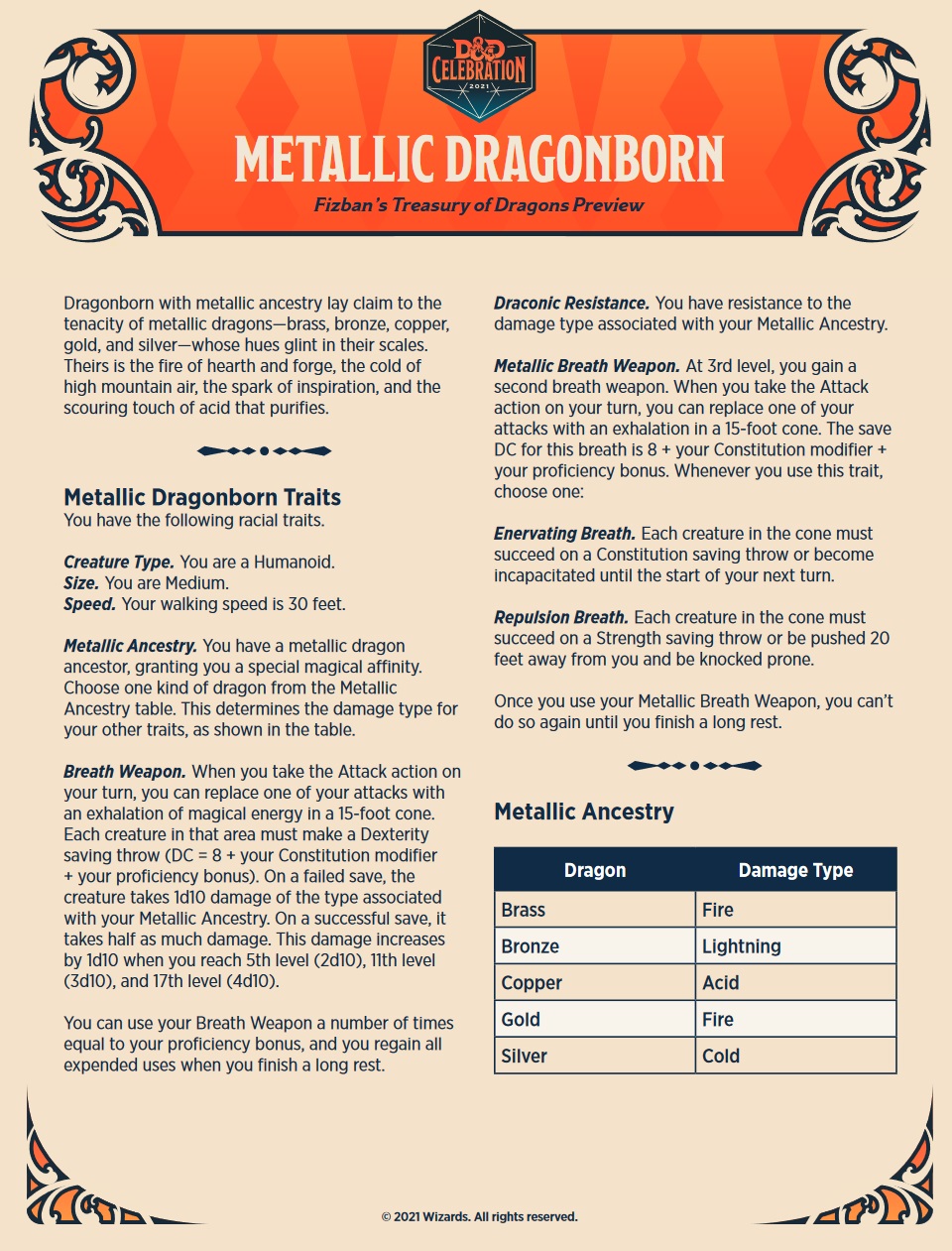 First up the metallic dragonborn, which comes with a suite of new options that seem to have buffed them from their last iteration. Now their breath weapon does 1d10 that scales up to 4d10, and they have the option of using an Enervating breath that can instead incapacitate foes or can push enemies away and knock them prone. Either of these options are fantastic since they can, starting at 3rd level, replace one of the attacks you make when you take an Attack action. 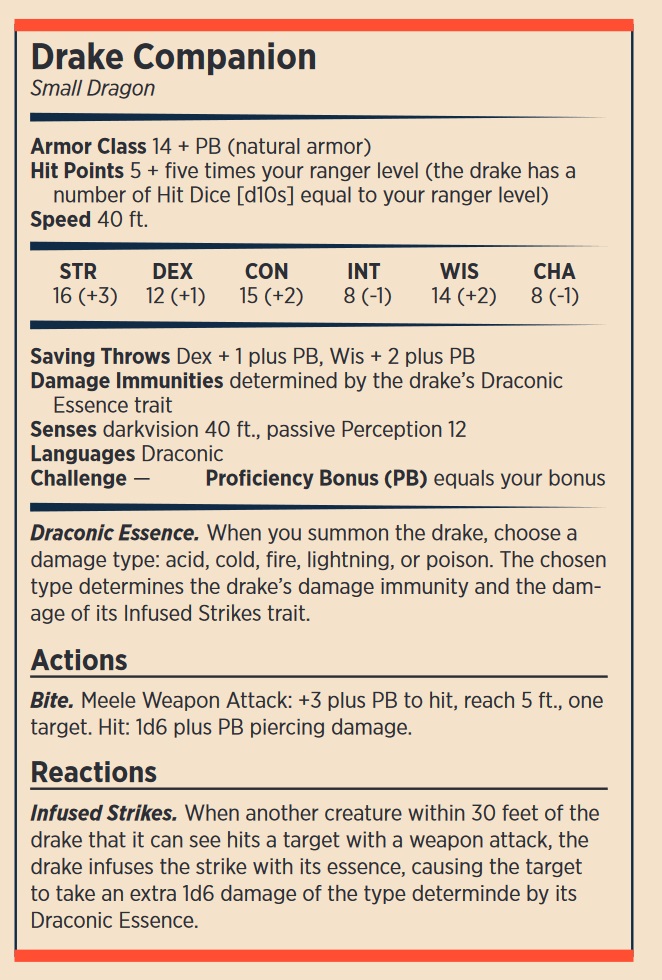 As a drakewarden, you gain the ability to manifest a draconic spirit that manifests at 3rd level as a “drake companion” using the above stat block. Per most combat pets these days, you can use a bonus action to command it to take an action, and the drake will Dodge on its own unless you’re incapacitated, then it can do whatever it wants.

At higher levels, you gain the ability to ride the drake, which gets bigger and can fly, and later breathe a cone of energy (acid, cold, fire, lightning, or poisons). Also you can ride it. It’s a very satisfying answer to the beastmaster ranger, as this draconic companion is quite beneficial and doesn’t take up your whole action. 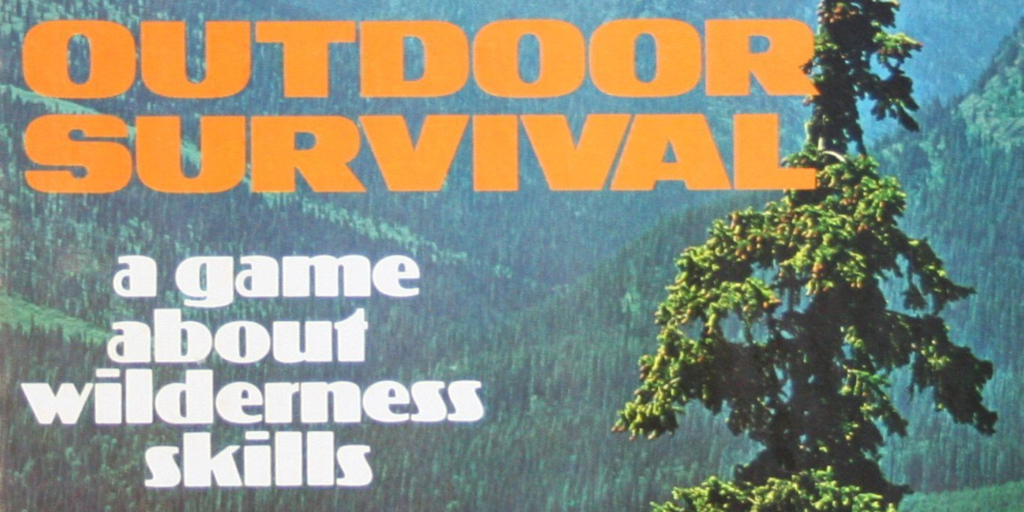