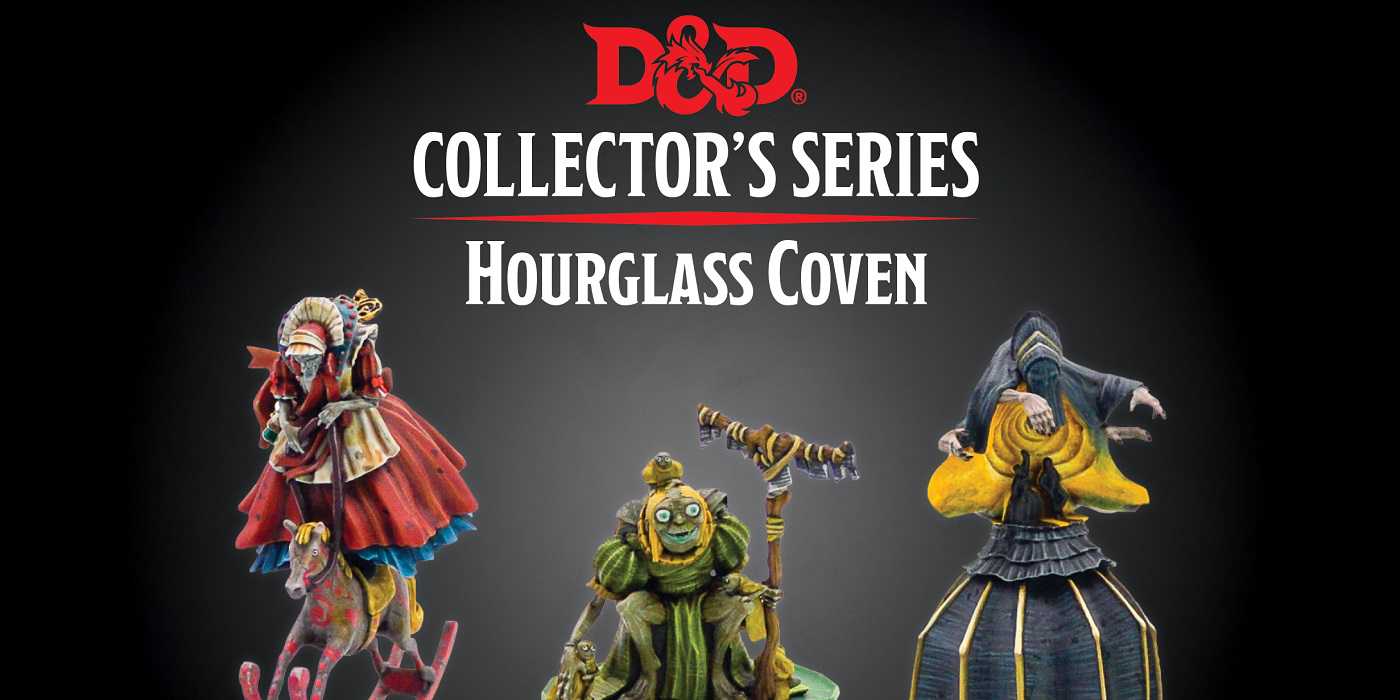 Two new batches of minis from Wild Beyond the Witchlight have been revealed from Gale Force Nine. Check out the Hourglass Coven and Harengon.

Things are getting spicy for the Wild Beyond the Witchlight release, which is just around the corner (on the 21st), as now we get to see miniatures for many of the monsters that lurk within. Of course it’s not always monsters–new players will be eager to take the new Harengon miniatures out for a spin as well. Let’s take a look at the latest from Gale Force 9. 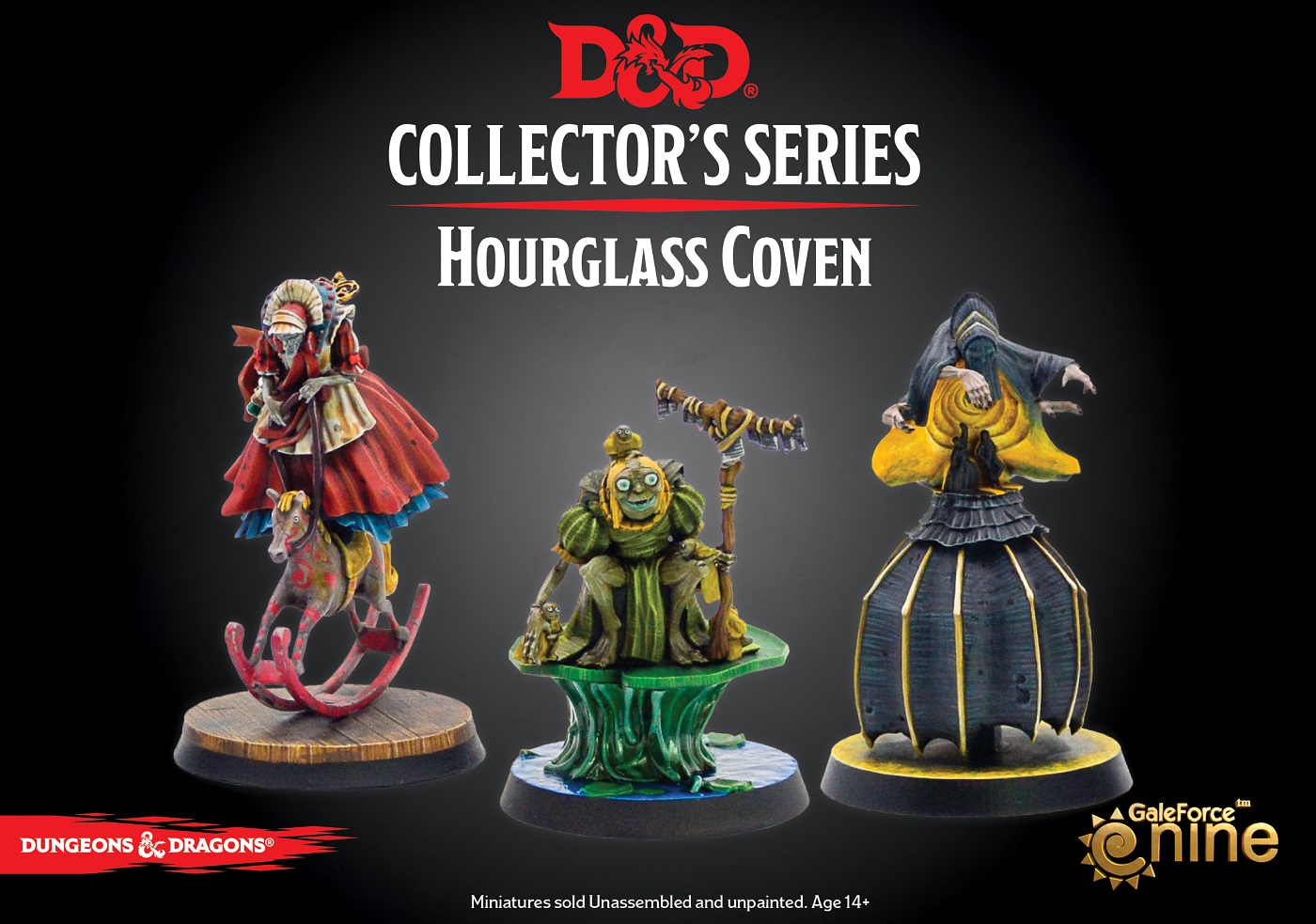 The Hourglass Coven is a group of three hags, each one bound to an aspect of time: one reflects the past, another reflects the present, and the third reflects the future. These hags are utter wickedness distilled into corporeal forms, driven by a lust for secrets that can be used to manipulate their prey. 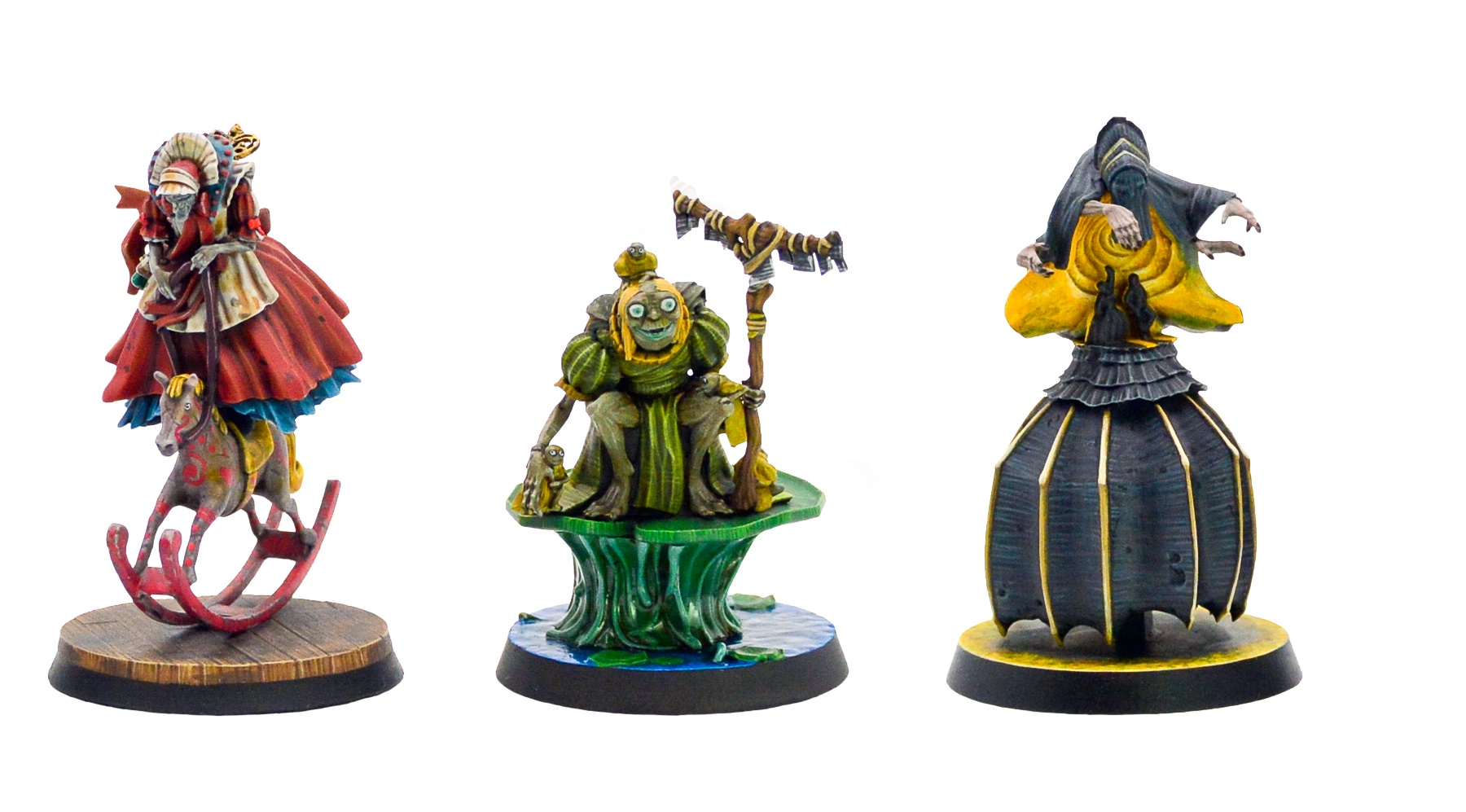 The hags loathe each other’s company, but one hag will occasionally visit another to plot against the third sister, creating a vicious circle in which Vablorna and Endelyn plot against Skabatha, Endelyn and Skabatha conspire against Bavlorna, and Skabatha and Bavlorna bedevil Endelyn. Nothing much ever comes of these petty plots and squabbles, however. 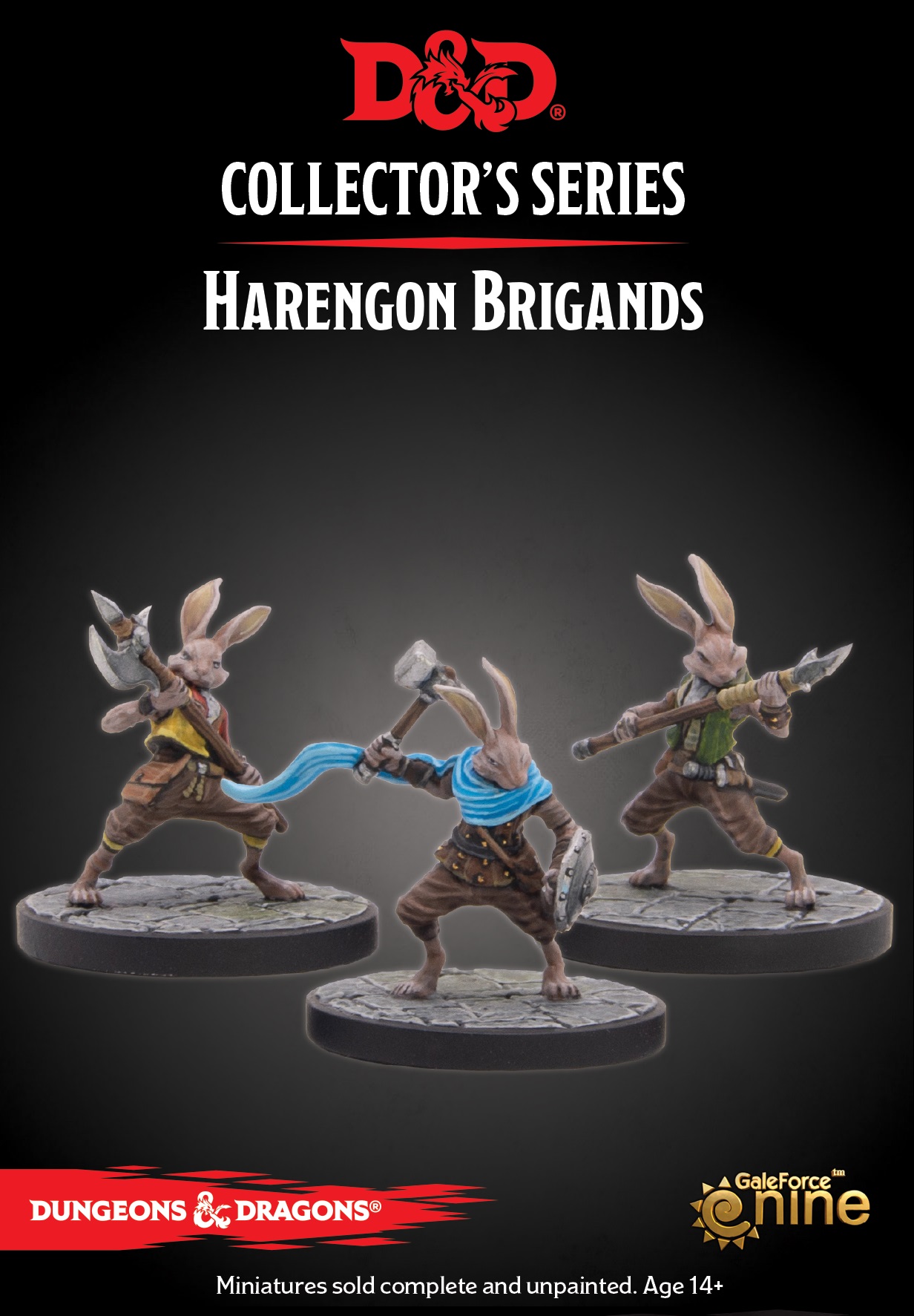 Harengons are rabbit-folk native to the Feywild, though they often migrate to the Material Plane. They love to travel on foot and rarely stay in one place for long.

These Brigands, led by the captain, Agdon Longscarfm are notorious through Thither. Often encountered in small bands lurking along trails and roadways, they delight in extorting travelers for safe passage while rudely mocking them. These bullies are particularly antagonistic toward those who appear to be lost or in a hurry. 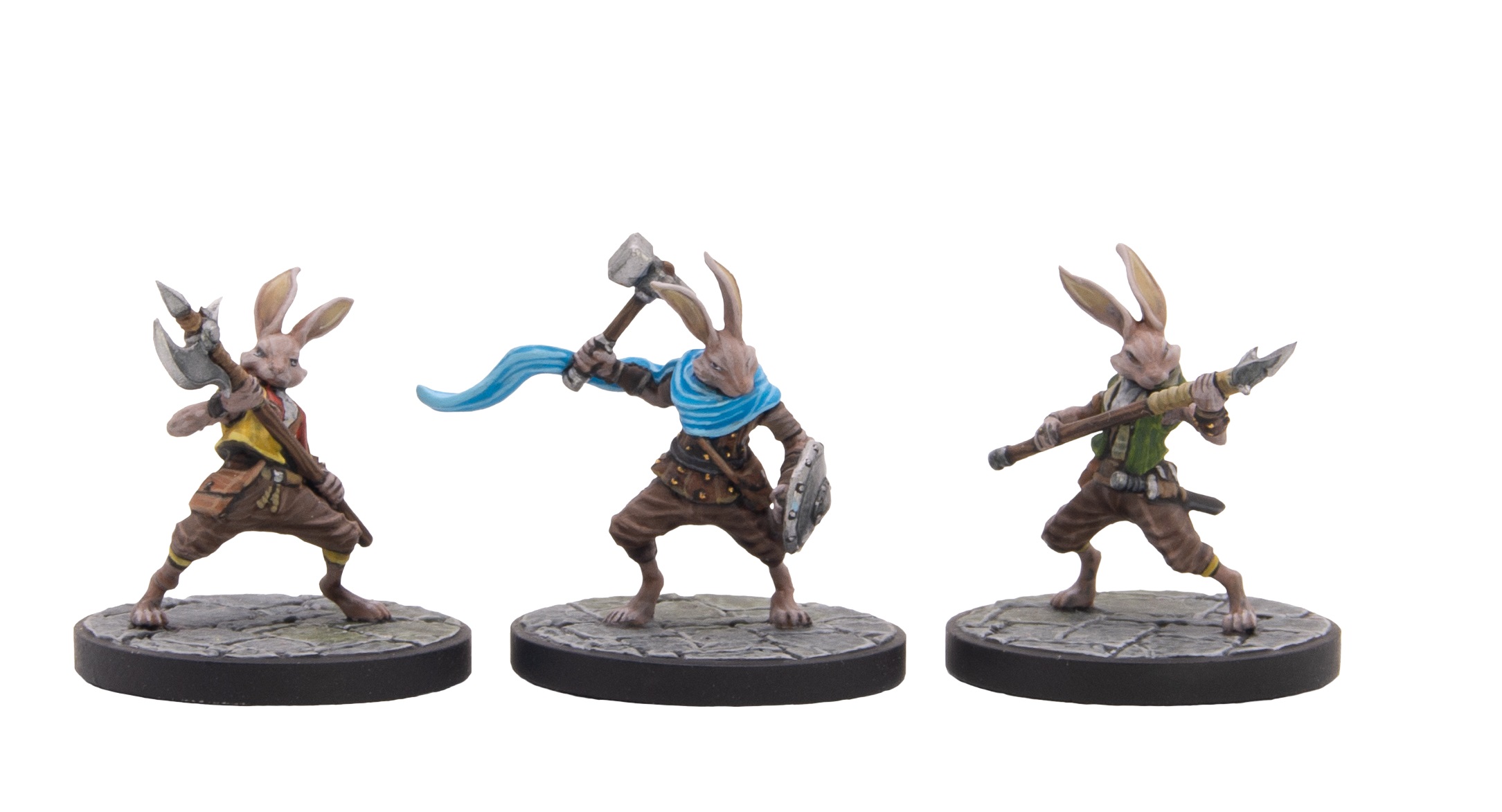 Agdon, aided by the magic of his scarf that he claims was woven from lightning bolts, darts around stealing small objects from anyone who strays too close.

These miniatures are due to release in Fall 2021.