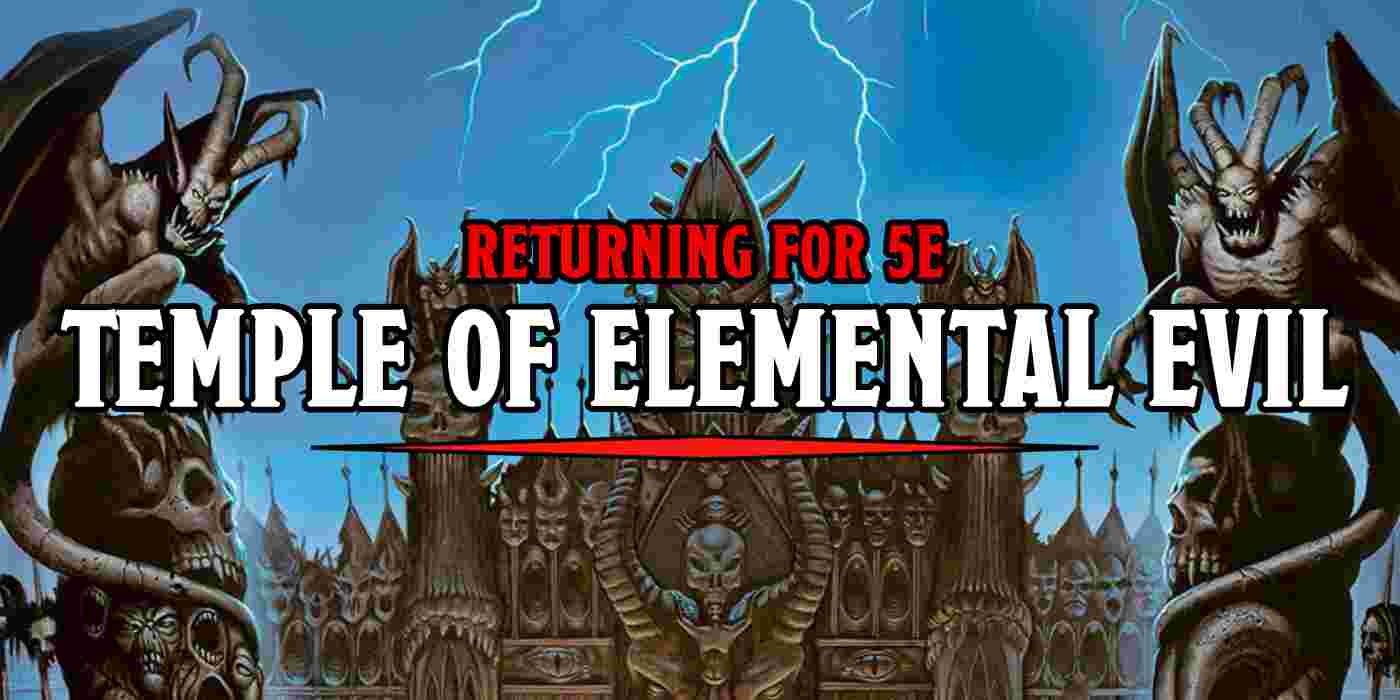 One of the most iconic D&D adventures from the days of yore is here once more with the official release of the Temple of Elemental Evil for 5th Edition.

The D&D adventures that stick out in our minds tend to do so for one of two reasons: either they were extremely good or extremely unfair. Sometimes they were both–the early 1st Edition adventures are littered with gotcha! traps that hose over parties, but it’s one of those “things were tough back then, not like today” kind of things where everyone that it happened to actually enjoyed waking up at 10pm half an hour before they went to bed, being made to eat a lump of freezing cold poison and then paying to work down ‘t mill. But if you try telling anyone that adventures used to drop tapestries that would instantly turn you into slime and then kill you with no saving throw nowadays, they won’t believe you. 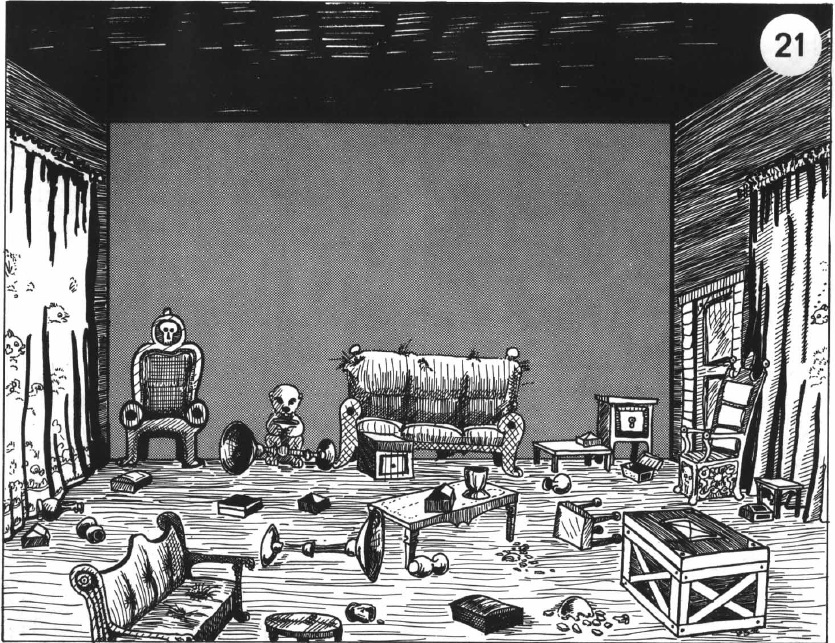 Then there are the adventures that are upheld as genuine classics. The adventures that present such an archetypal form that you can still feel their echoes today. And the Temple of Elemental Evil is about as D&D as D&D gets. It checks all the standard fantasy boxes:

By the time you get to the end of the Temple of Elemental Evil you’ll face off against a demon queen! 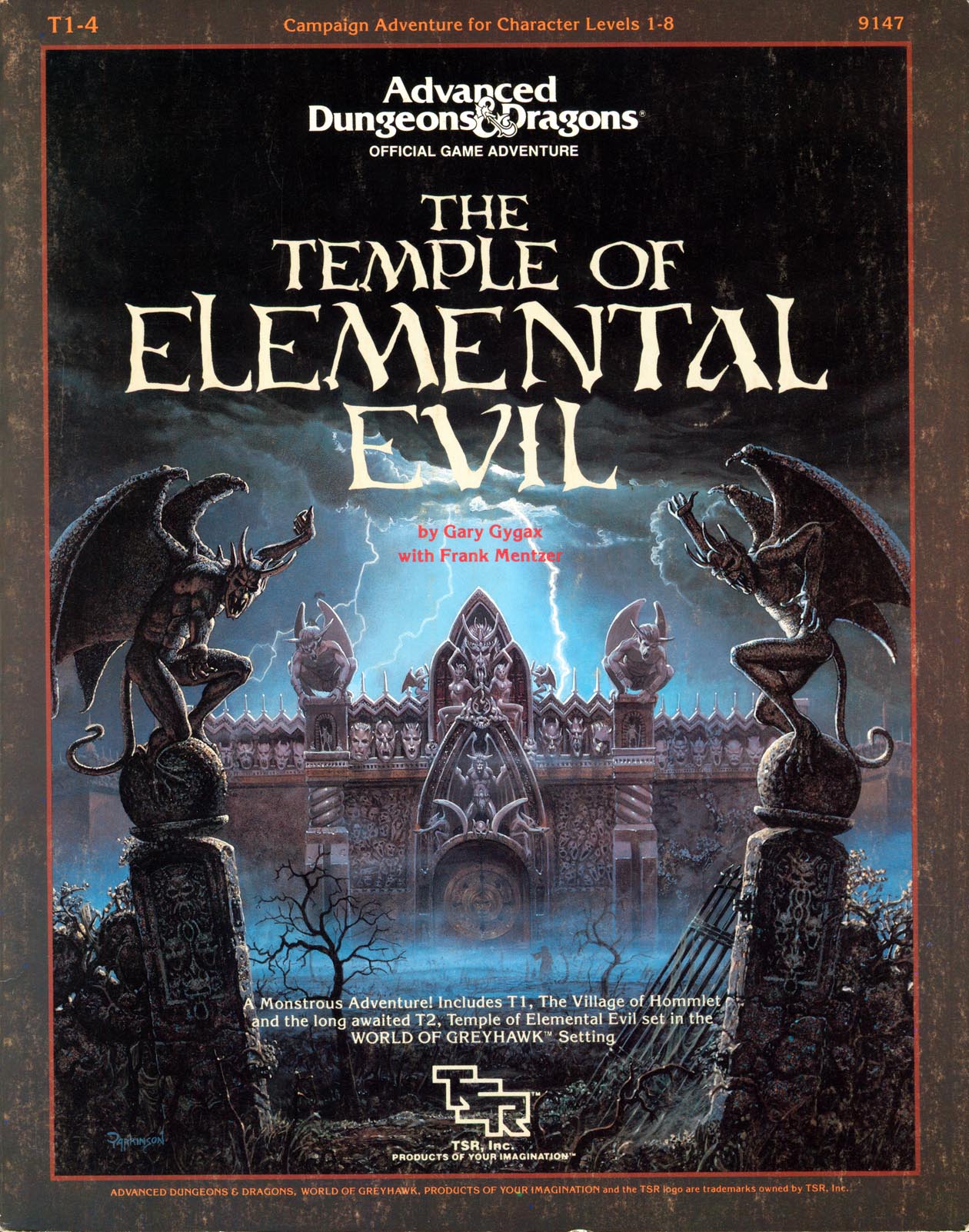 Now, Goodman Games has released their version of the Temple of Elemental Evil. The release has been delayed a few times because it’s been such a “massive undertaking” to not only capture the adventure’s heart and soul and bring it into 5th Edition, but they’ve also packaged it with a loving recreation of the original adventure in all its glory. 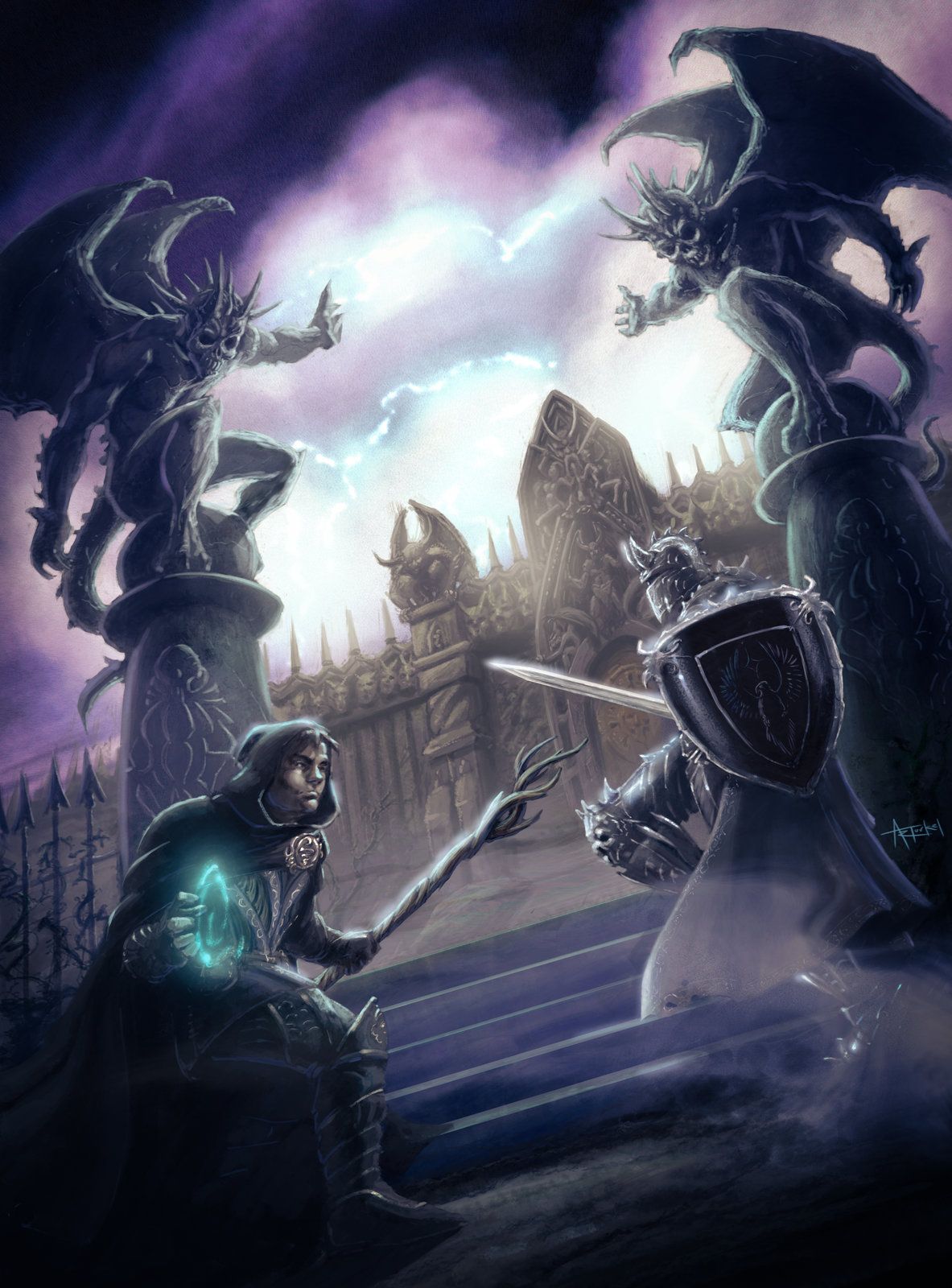 The original adventure has been split into two separate volumes (though all of the content is still there). And while you can find the original material, the 5th Edition version has expanded content, including new maps and regions:

This is a fully playable mega-dungeon and mini-campaign—many hours of classic-style adventure await you!

The books are available now from Goodman games. Check it out! 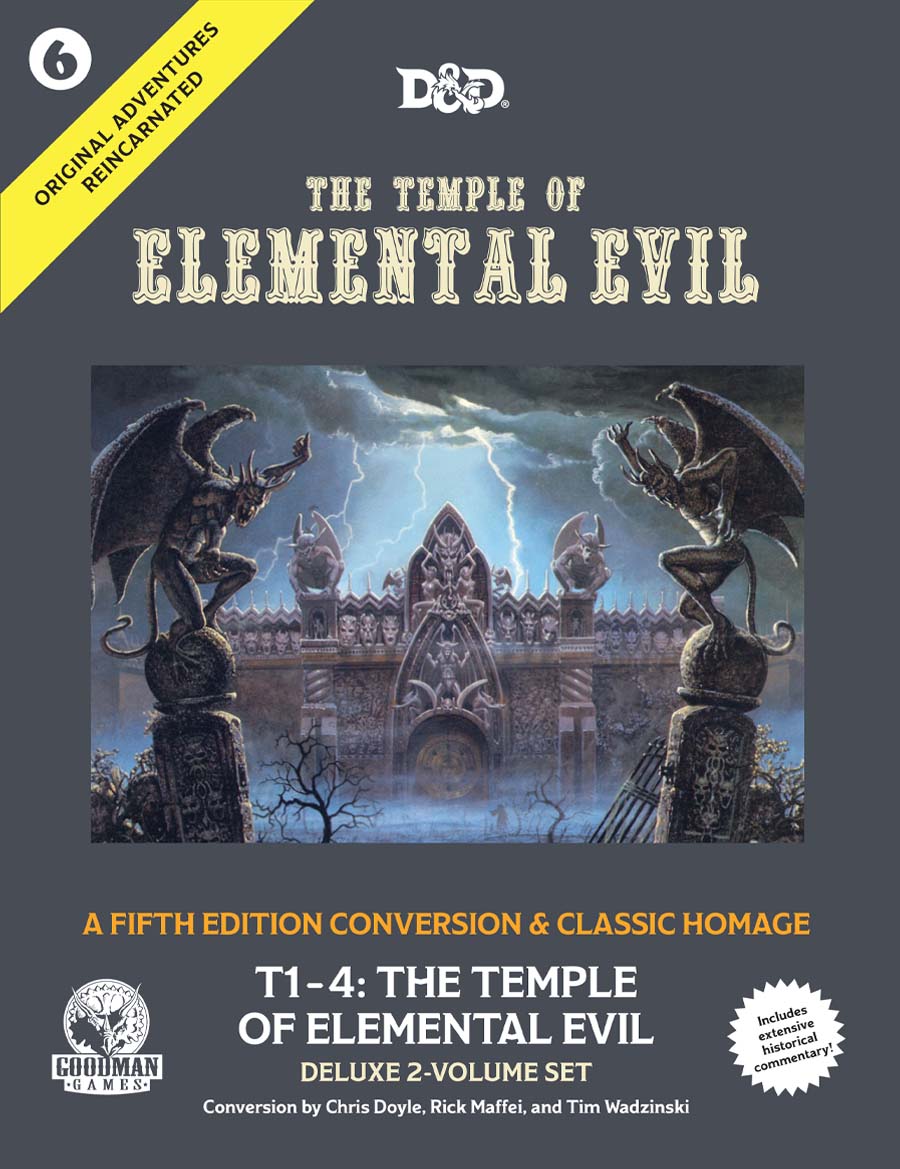 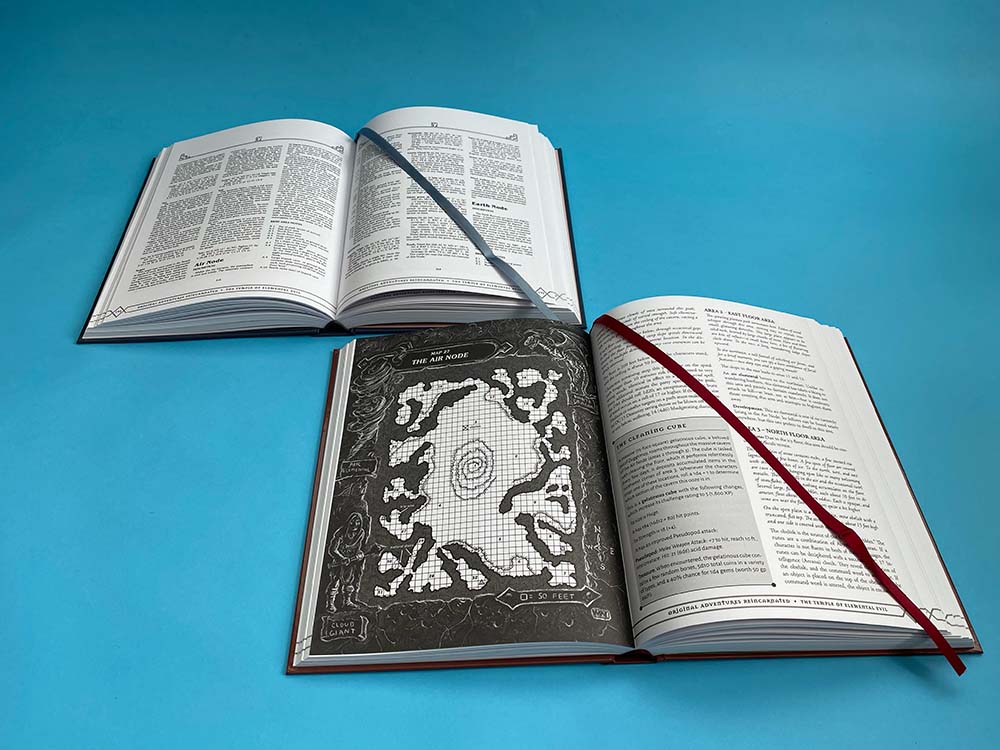 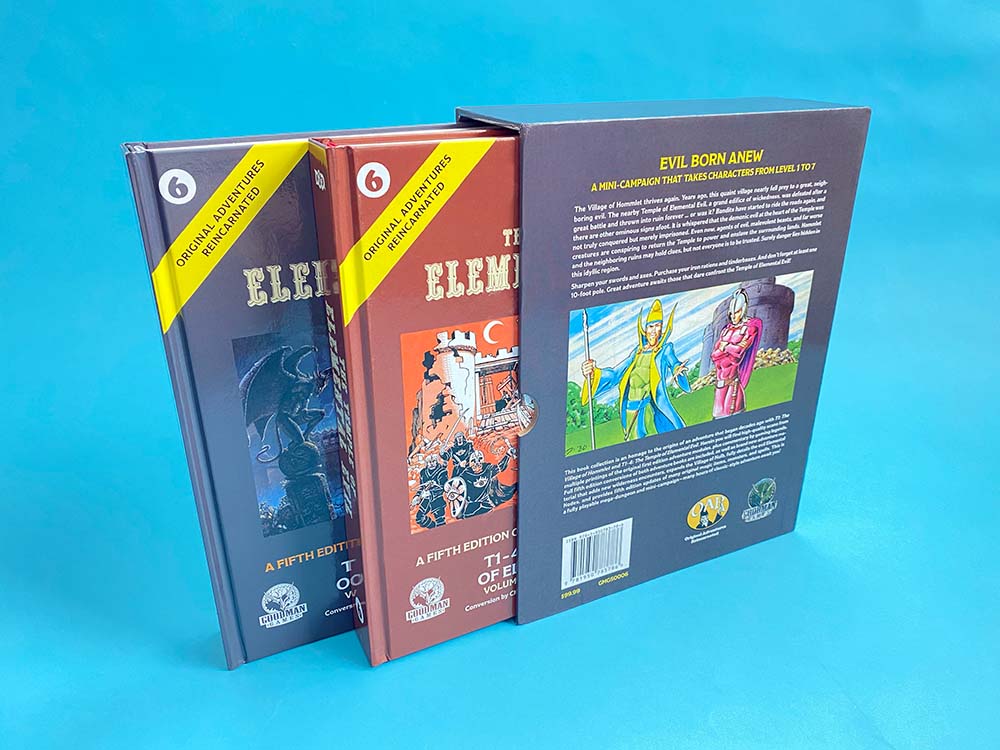