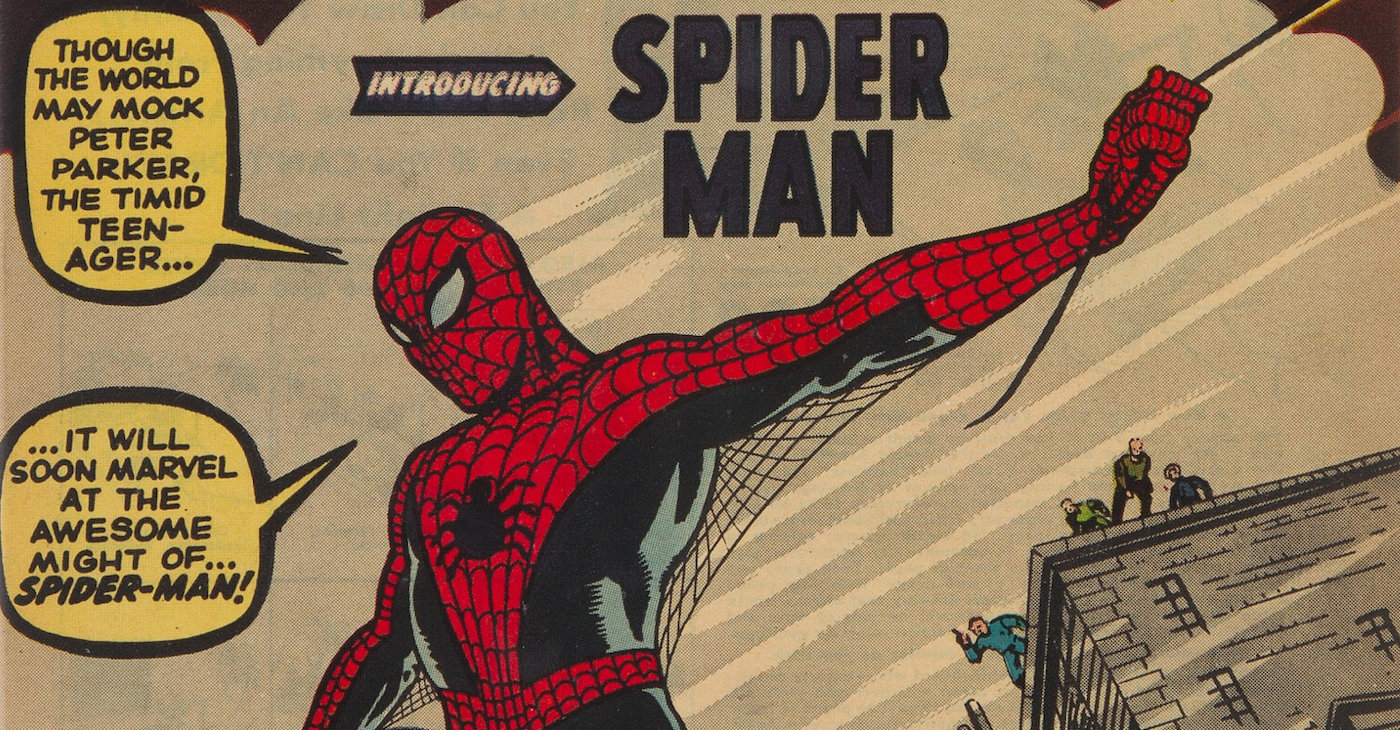 CCGs aren’t the only geeky things selling for millions at auction.

Amazing Fantasy #15 marks the first appearance of Spider-Man, Aunt May, and UNclue Ben back in 1962 – it’s by Stan Lee with art by Steve Ditko and Jack Kirby. It features Peter Parker getting bitten by a radioactive spider, creates his iconic costume, and learns the most important lesson he will ever learn: that with great power comes great responsibility.

The copy that sold this week is graded at 9.6, which is pretty much mint and there aren’t any copies out there that are graded higher. This is a record-breaking price – the previous holder was a highly graded copy of Action Comics #1, which is the first appearance of Superman, that sold for $3.25 million earlier this year.

Not all comics fetch this kind of price, it can be an accessible hobby. Curious as to how the grading system works and how you can get into collecting? Check out our guide! 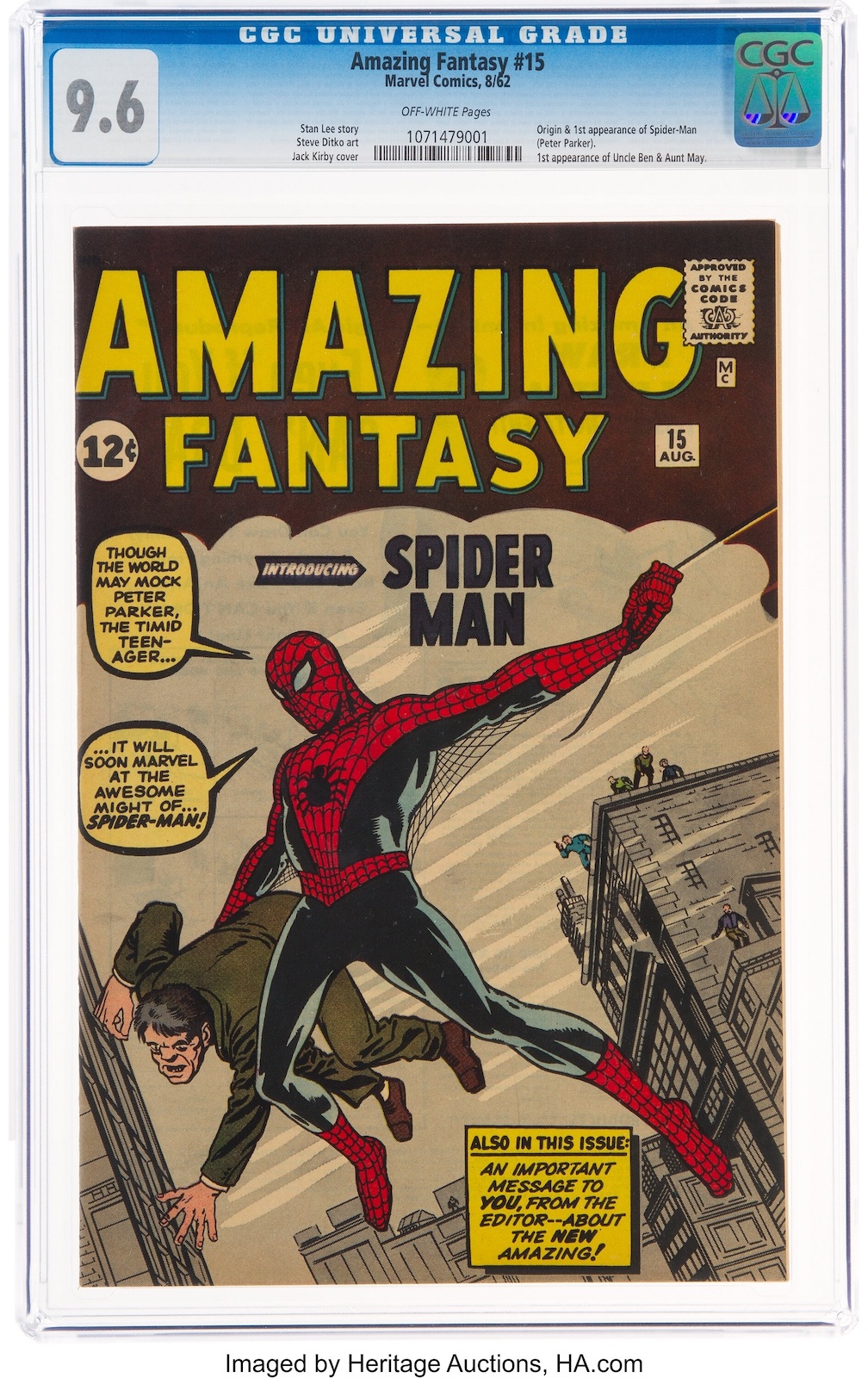 Amazing Fantasy #15 (Marvel, 1962) CGC NM+ 9.6 Off-white pages. In the running for the most desirable comic we’ve ever offered is this pristine copy of the origin and first appearance of Spider-Man. No 9.8 has ever been certified by CGC, and as you see below, just three others have hit 9.6.

This is an image we think you’ll be staring at for some time, and we certainly did the same. The cover is a familiar sight, but with nary a blemish, chip, or color break? That’s a remarkable sight indeed. This issue had what is surely the best-known Marvel story — the many movie adaptations have seen to that — and one of the best-known origin stories in the entire comic book medium, featuring Peter Parker gaining his spider-powers and the death of his beloved Uncle Ben. That story was by Stan Lee and Steve Ditko, and the unforgettable cover was by Jack Kirby. Spider-Man was such a hit that he was next seen in his own book, Amazing Spider-Man #1, and the rest was history.
Heritage has been auctioning comic books for 20 years, and in seemingly every one of those 20 someone has reached out to us asking if we knew the whereabouts of one of the 9.6 copies of this book. Well, now we do and so do you — this is your chance!

If you are a big spidey fan and have the cash, the new owner is asking for a minimum of $5.4 million for it. 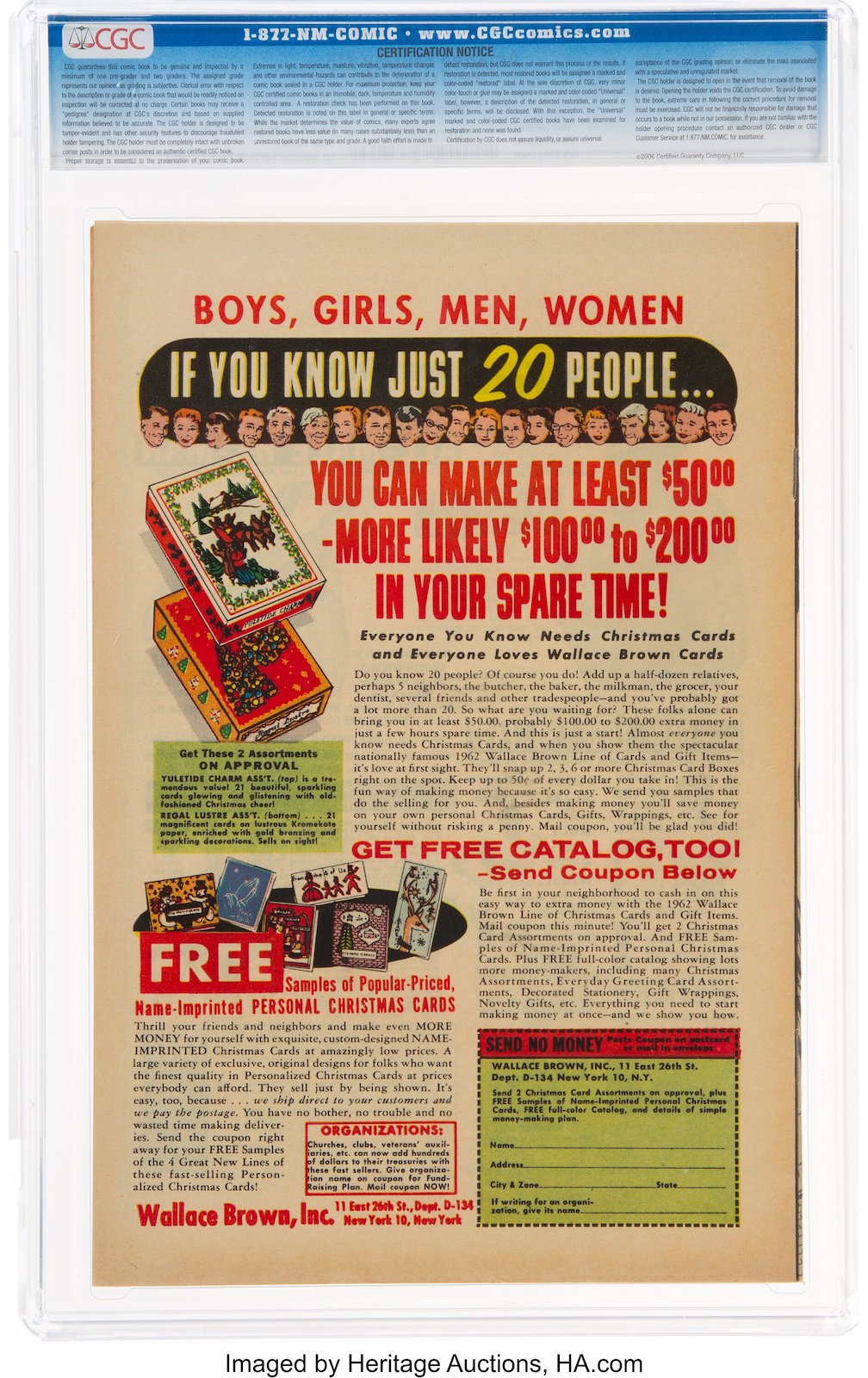