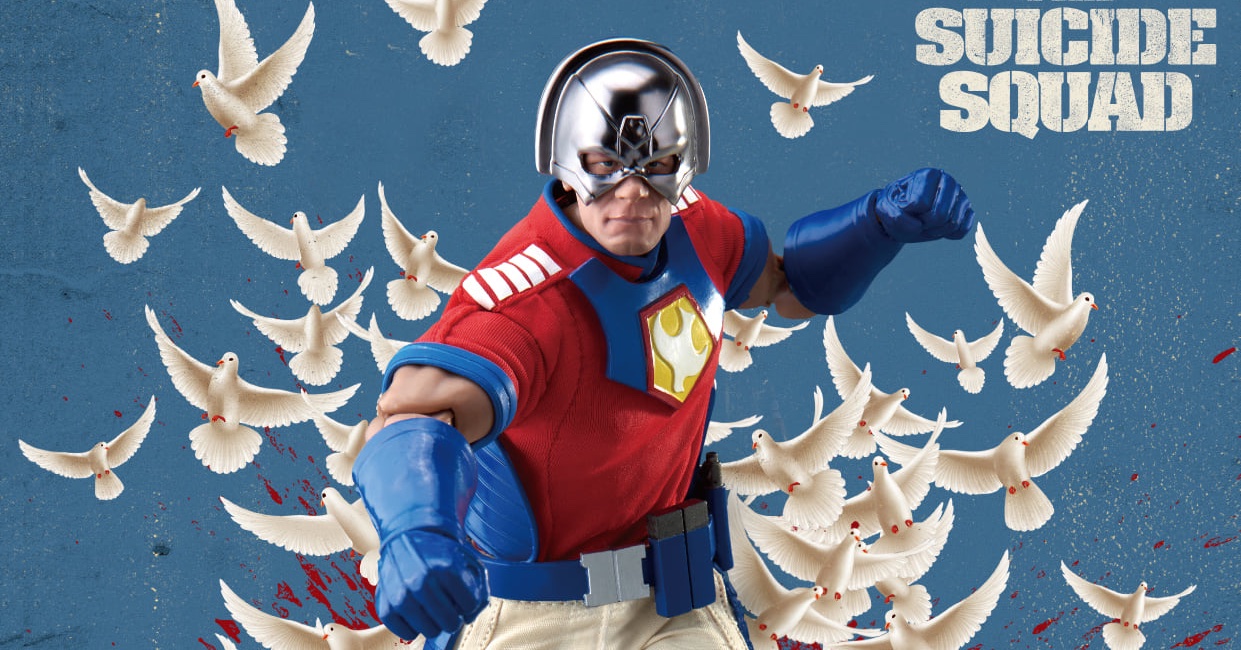 The no-nonsense ‘superhero’ with a strict, self created moral compass that puts liberty and justice above anything else made his onscreen debut this August with some help from John Cena. We’ll be seeing more of Cena in the Peacemaker solo series on HBO Max.

The over the top character is ready to burst off your screen and onto your desk with this new fig. It comes with two weapons and two head sculpts to convey just the right emotion for whatever pose you choose.

The DAH series of realistic action figures under Beast Kingdom’s ‘Entertainment Experience Brand’ presents the latest muscle-bound hero; Peacemaker from The Suicide Squad’s latest movie outing. Based on the version played by the ex-wrestler turned movie star John Cena, Peacemaker’s first movie outing is one of muscle and brawn. The real fabric used for the figure showcases Cena’s incredibly large physique as though he is ripping through his shirt! Peacemakers signature, electroplated helmet is on full, replaceable display for fans to attach as they see fit. Two head sculpts also give Cena’s character a regular and an embarrassed look to change to. Accessories used by Peacemaker are also in full force, with a battle-axe and long-sword ready to take down any and all enemies! 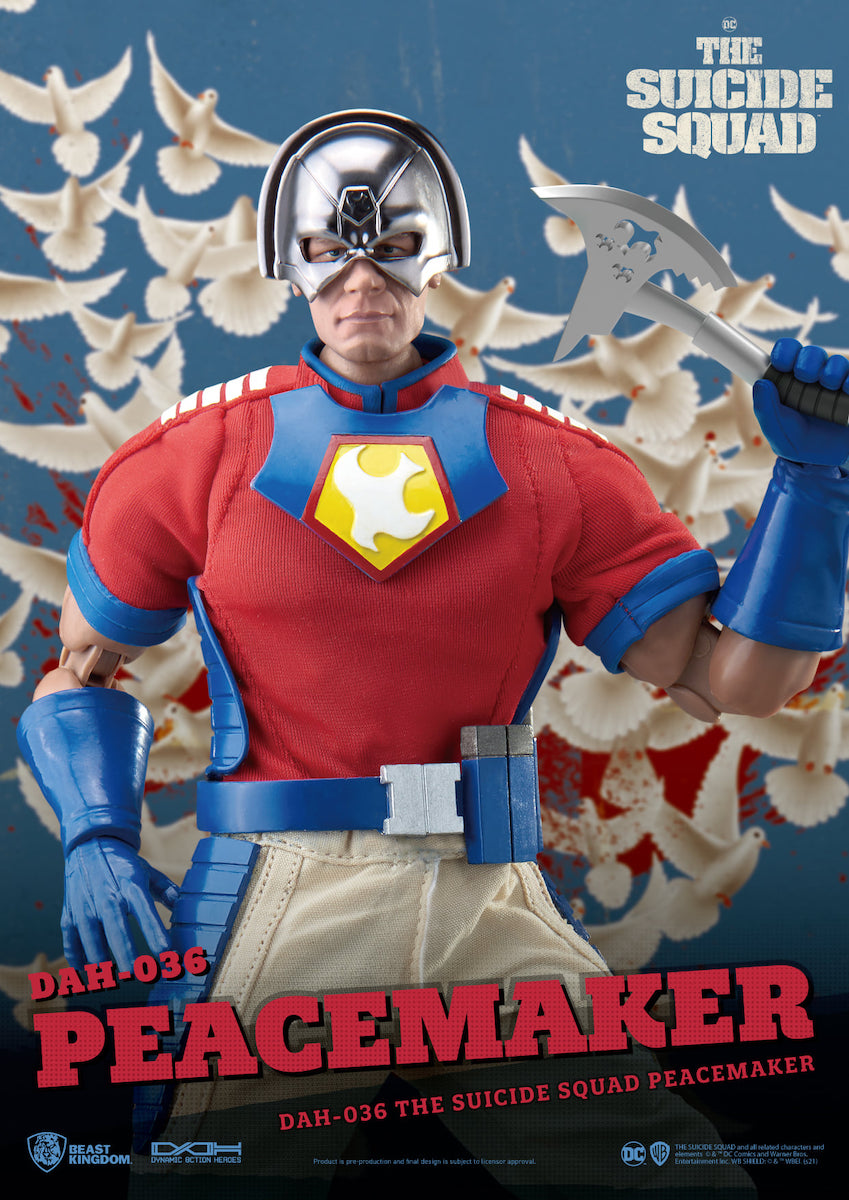 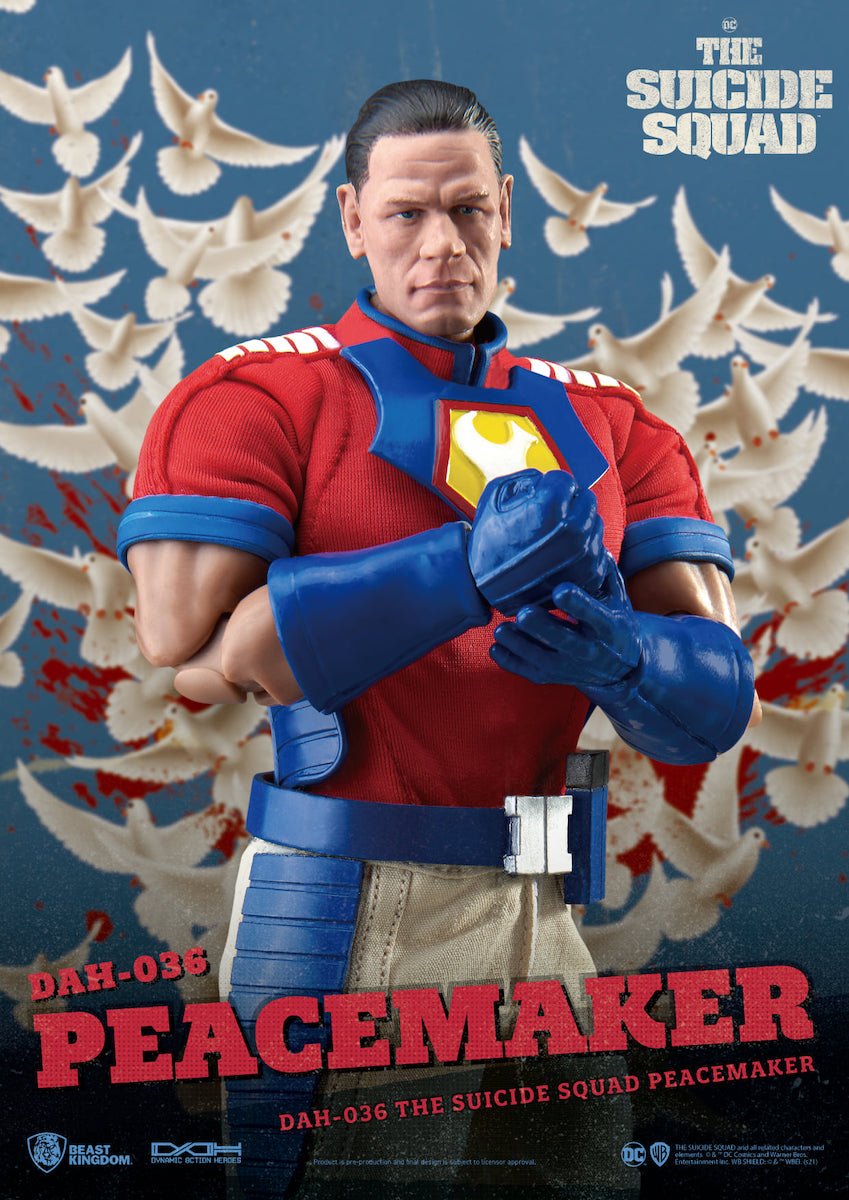 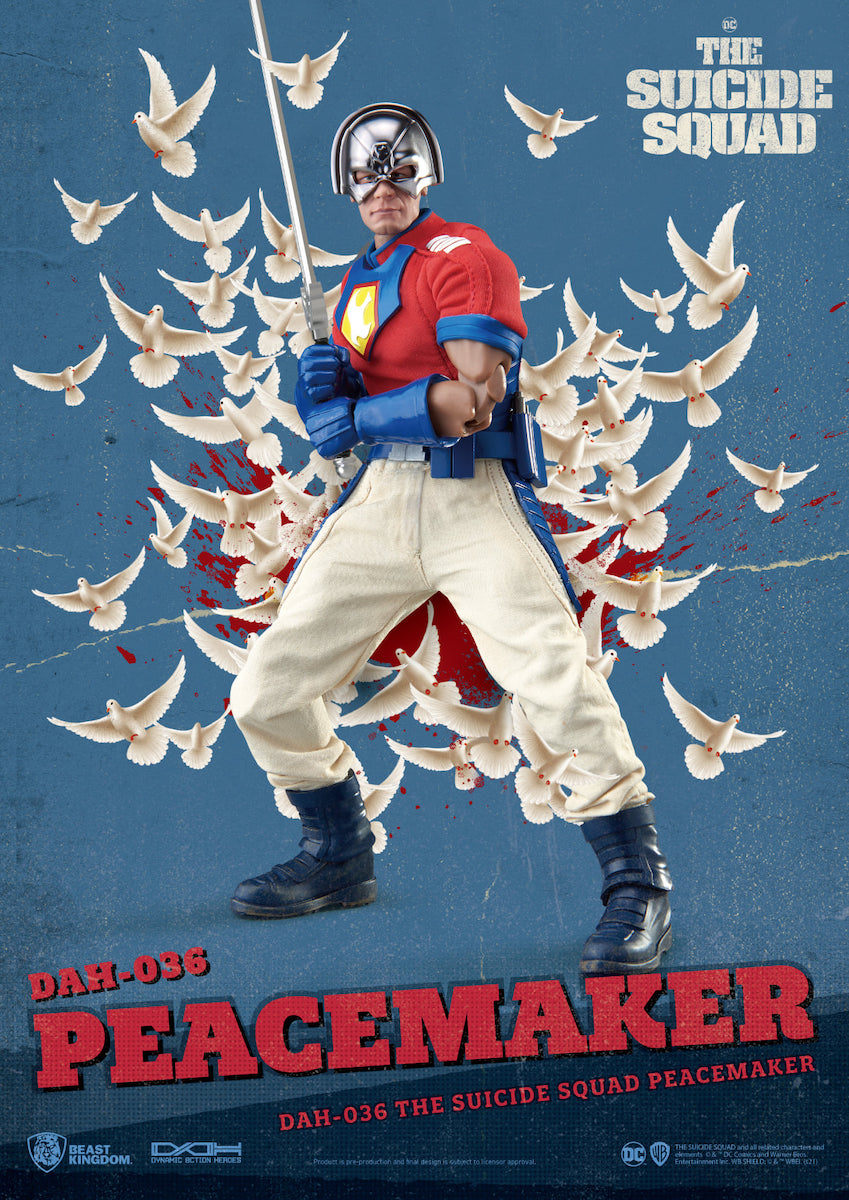 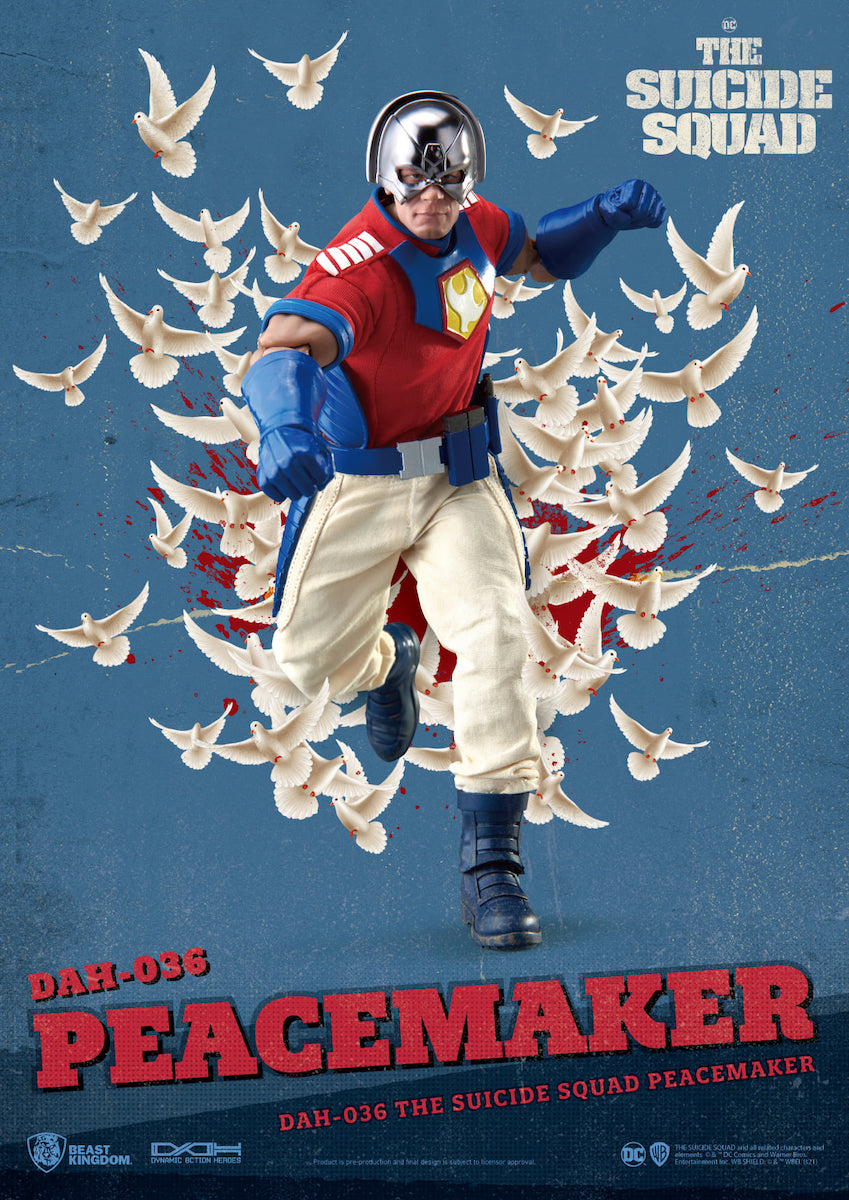 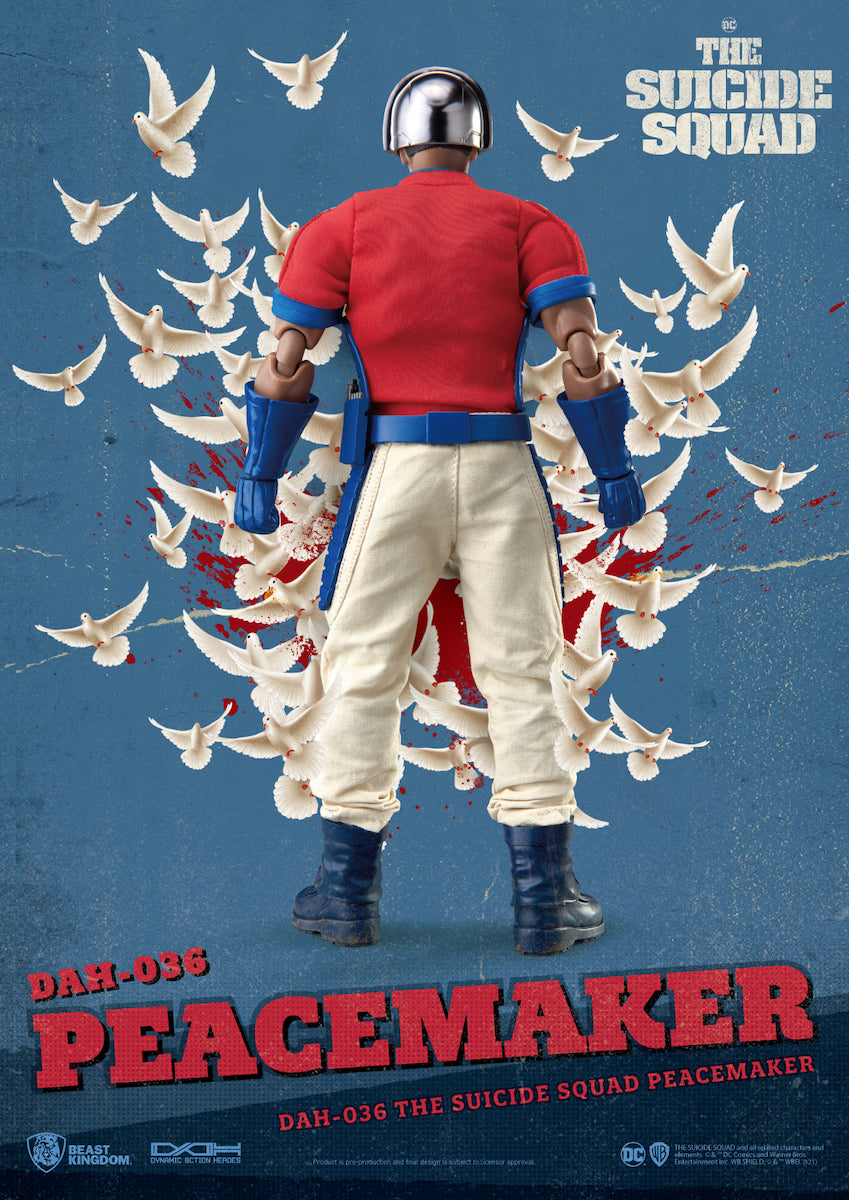 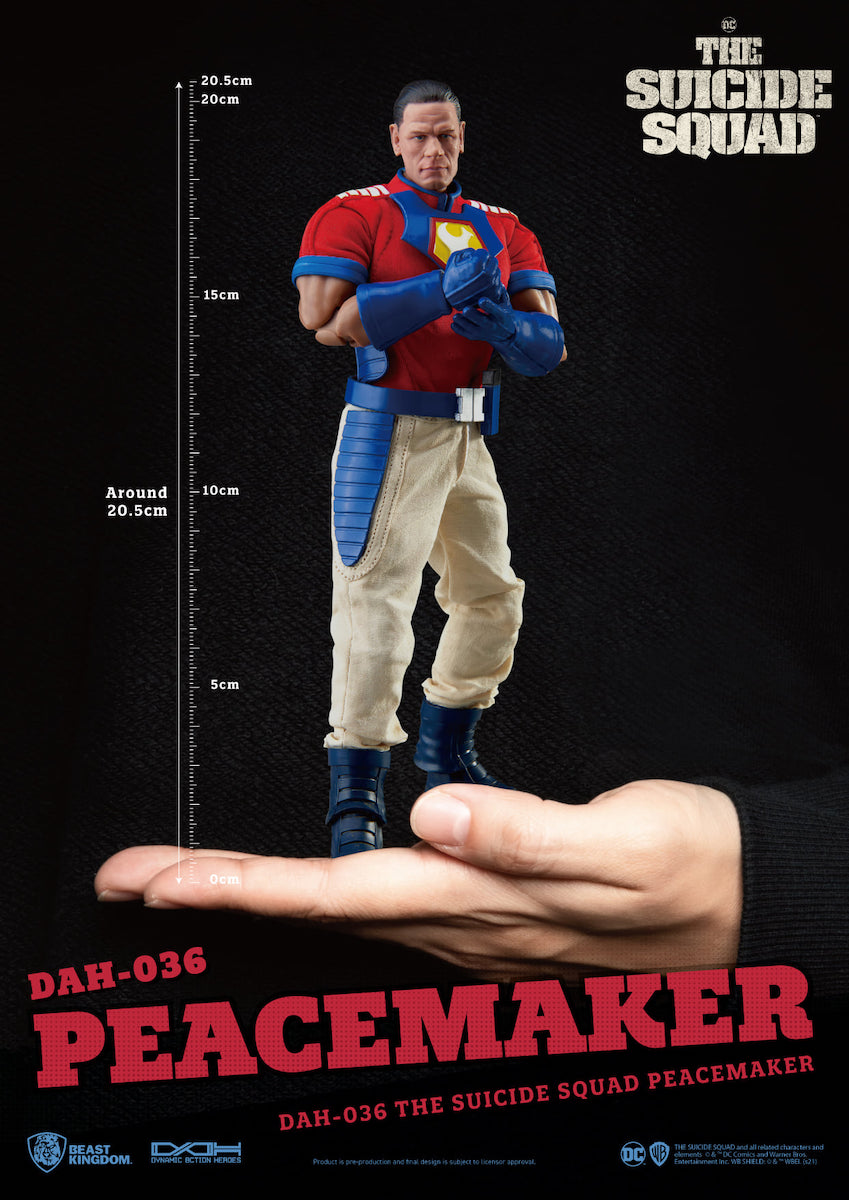 Author: Mars Garrett
Pop culture staff writer that has been on the BoLS team since 2010. Contributor on the One of Us podcast. Marvel, Vertigo, and dystopian sci-fi fan. Enjoys bad movies, amazing stunt performances, and the internet. Hates rom-coms. (she/they)
Advertisement
DC Movies and TV Pop Culture Toys
Advertisement

Bigger, Badder Lego Batmobile Tumbler is On the Way 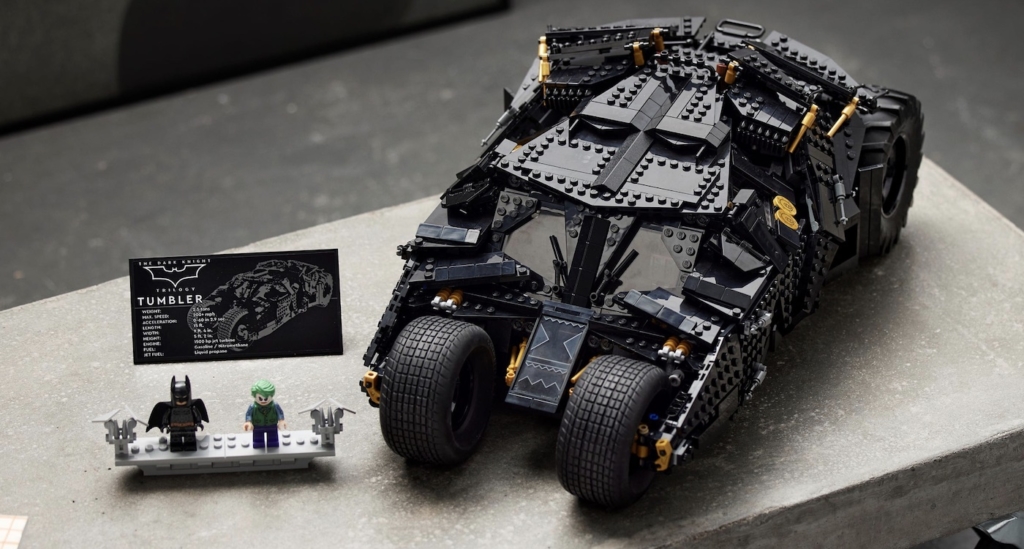