Why ‘Thor’ Changed Everything – Magic and Technology in the MCU 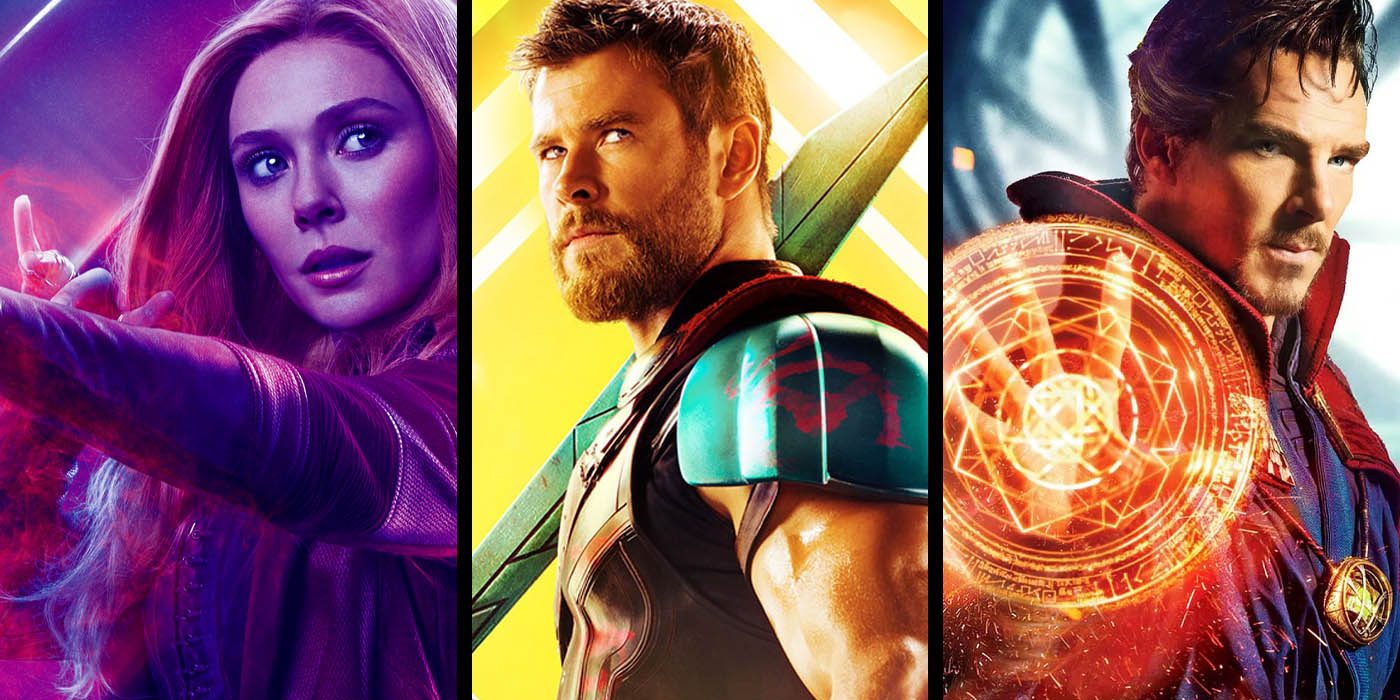 There’s a lot of magic and technology in the MCU, but which is which?

This article contains spoilers for post-credit scenes in Shang Chi and the Legend of the Ten Rings, but those spoilers are only in the second-to-last paragraph. Feel free to skip it if you don’t want to ruin the movie!

Since phase 1’s Thor, the MCU has drawn a link between its representations of magic and technology. Rather than presenting the two ideas as mutual exclusives, Kevin Feige has since built on the idea that magic is just technology that can’t be explained yet.

Thor tells Jane that magic and technology are one and the same in Asgard, courtesy of Marvel Studios

Marvel’s first phase relied heavily on technology, establishing power sources like Tony Stark’s arc reactor technology, Dr. Erskine’s super-soldier serum, or the effects of gamma radiation. But it’s the introduction of Thor that gives us our first glimpse of what magic will look like in upcoming stories.

Look at all the Lokis! Courtesy of Marvel Studios

In the first Thor movie, we’re introduced to some pretty magical concepts, like Loki’s shapeshifting magic or Odin’s ability to whisper orders to a magical hammer. Frigga, Thor & Loki’s mother, was raised by witches, and she was considered a powerful sorceress.

While on Midgard, Thor explains to Jane how her scientific theories about the Bifrost are true, and that many of the things her ancestors called “magic” humanity now knows as science. It makes sense then that this is the first story in which we see an Infinity Stone or the Space Stone inside the Tesseract.

Are the Infinity Stones Magic?

Peter Quill and the Guardians save the Power Stone, courtesy of Marvel Studios

Soon after, Thanos gives Loki the Mind Stone inside the magical staff he wields in The Avengers. Next, phase 2 introduced us to 2 more Infinity Stones: the reality stone in the form of the Aether in Thor: The Dark World and the Soul Stone in Guardians of the Galaxy. And finally, Doctor Strange introduces us to the Time Stone and ushers in the first truly magic-centric power source in the MCU.

But can we call the Infinity Stones magical items? The stones, according to the Collector, were created in order to harness the power of some pretty abstract concepts in the time before all life formed in the universe. That certainly sounds like some mega mythology, and could easily be categorized as a magical item in the context of another story. But at their heart, aren’t the stones also geological anomalies that conduct a very specific kind of energy?

Falling through the Quantum Realm, courtesy of Marvel Studios

In Ant-Man 1 and 2, we start to understand a little bit about how the Quantum Realm works. Scott has to shrink down to sub-atomic size to be able to access it. But is that the only way to get there? Nope! Doctor Strange and others can also use magic to get there. Filmmakers confirmed that when the Ancient One sent Stephen to the Dark Realm, the diamond-like dimension he barrels through beforehand is none other than the Quantum Realm!

Yellow-orange in color, this magic gives off both heat and light when it’s performed. It draws from the energy of other dimensions, a conflict that arises in the first Doctor Strange when Stephen discovers the connection between the Ancient One’s powers and Dormammu, who rules the Dark Dimension.

Within the upcoming MCU storylines, there’s little doubt we’ll see more of these dimensional conflicts arise as Stephen uses his powers. Does drawing this energy from other realms affect those realms? Phase 4 could look to answer that question.

It was Agatha and the Dark Realm all along! Courtesy of Marvel Studios

Speaking of the Dark Dimension, Dormammu isn’t the only one getting a charge off the space. In WandaVision, we see Agatha exerting her influence over the Scarlet Witch using energy from the Dark Realm. We also see one of Marvel’s most significant artifacts from this zone, the Darkhold, a book of dark spells.

Magic from the Dark Realm tends to exude a purple color, explaining why Doctor Strange’s usually orange spells are surrounded by purple energy in the latest episode of Marvel’s What If…? in which his magic went to a dark place after the death of Christine.

And Then There’s Wanda…

Wanda is the very embodiment of chaos magic. First, she was exposed to the Mind Stone, which gave her telepathic and telekinetic powers. We know that a Stark tech bomb and the death of her parents motivated her to volunteer for the experiments, but it’s unclear yet if Wanda already had the power to control probability before the missile landed.

If Marvel decides to usher in the emergence of the x-gene in the upcoming Phase 4, the unlikely combination of mutant genetics plus exposure to the Mind Stone could explain why she was so prime to be an agent of chaos energy. In WandaVision, her grief literally transforms the reality around her– and as Agatha pointed out, that makes her the legendary Scarlet Witch.

Skip this to avoid spoilers for Shang Chi.

Shang Chi and the power of the ten rings, courtesy of Marvel Studios

Since its release this Friday, we know that one of the biggest mysteries to be solved in Phase 4 is the origin of the Ten Rings. Carol remarks that they’re unlike any alien tech she’s familiar with, but the blue light they radiate looks an awful lot like Carol’s own cosmic energy.

In the comics, Ta Lo exists in a pocket dimension, and the film held a similar implication. If the rings have an origin in a different dimension, could their source of power be similar to that of Doctor Strange’s powers?

Thena, the Eternals, and their golden weapons, courtesy of Marvel Studios

The Eternals also appears to follow the “is it tech or is it magic?” theme of Marvel superpowers. It’s known that Phestos uses advanced technology to help ancient and modern humans evolve, but some of the Eternals exhibit other powers that could easily be perceived as magic in nature. Perhaps the story will further meld the two together, providing the unique perspective on magic and tech that only an immortal onlooker would have.

The MCU highlights one other similarity between magic and technology. When you look at a story like WandaVision or the premise of the upcoming Doctor Strange and the Multiverse of Madness, it’s easy to believe that magic is more dangerous and unwieldy. But if Age of Ultron taught us anything, it’s that technology can also careen out of control.

This upcoming phase of the MCU promises to further explore the idea that all power comes with great responsibility– including the responsibility to be self-aware. But as we expand the ideas of what magic means in the MCU, it will be exciting to see the through lines. I expect many Marvel characters we already know will be redefined as their stories continue.

What’s your favorite kind of magic in the Marvel universe?