BoLS PRIME: How The ‘Ghostbusters’ RPG Shaped ‘The World Of Darkness’– PRIME 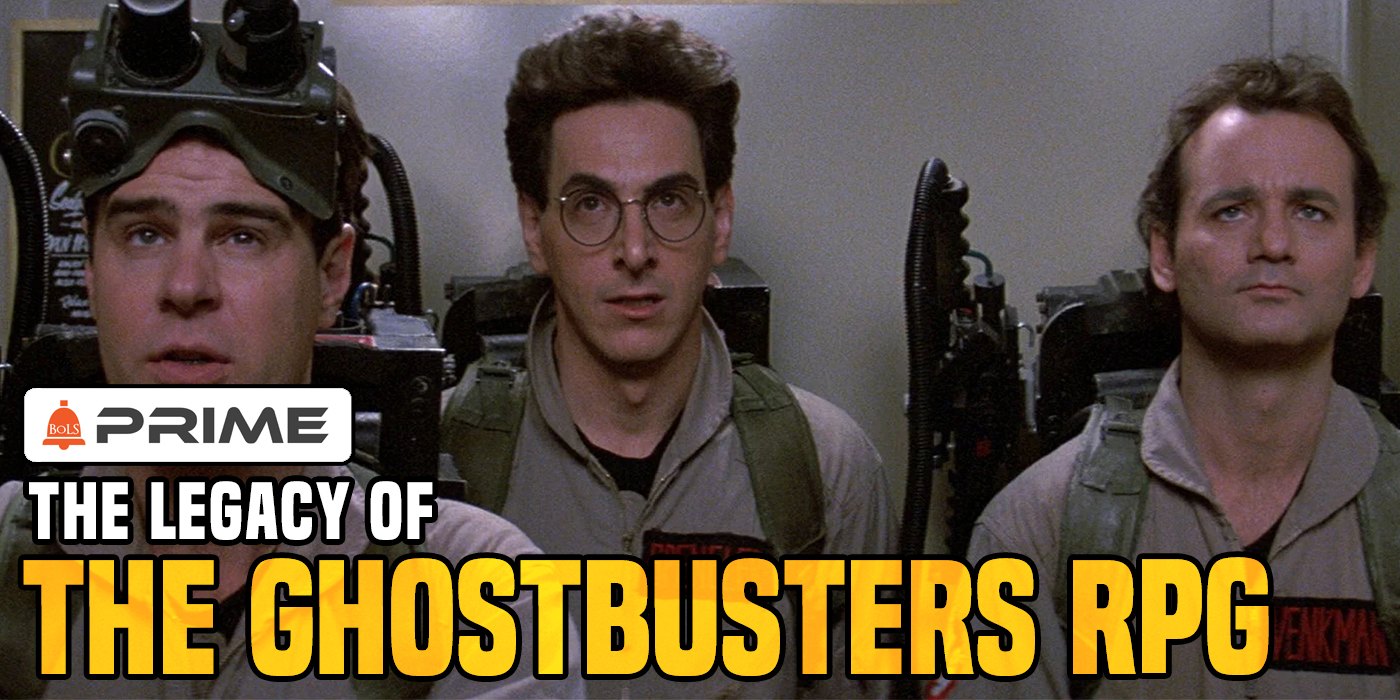 The ‘Ghostbusters’ RPG casts a long shadow. Its influence can be seen everywhere from ‘Star Wars’ to ‘World of Darkness’.

The mitochondria are the powerhouses of the cells. But they’re also a record of the DNA, which can be traced from mother to mother until you get to a common ancestor. In RPGs, dice are a lot like mitochondria– except in all of the ways they aren’t. But through the systems that employ them, you can find a sort of DNA record from game to game. And it’s amazing how many games can trace their roots to the Ghostbusters RPG. 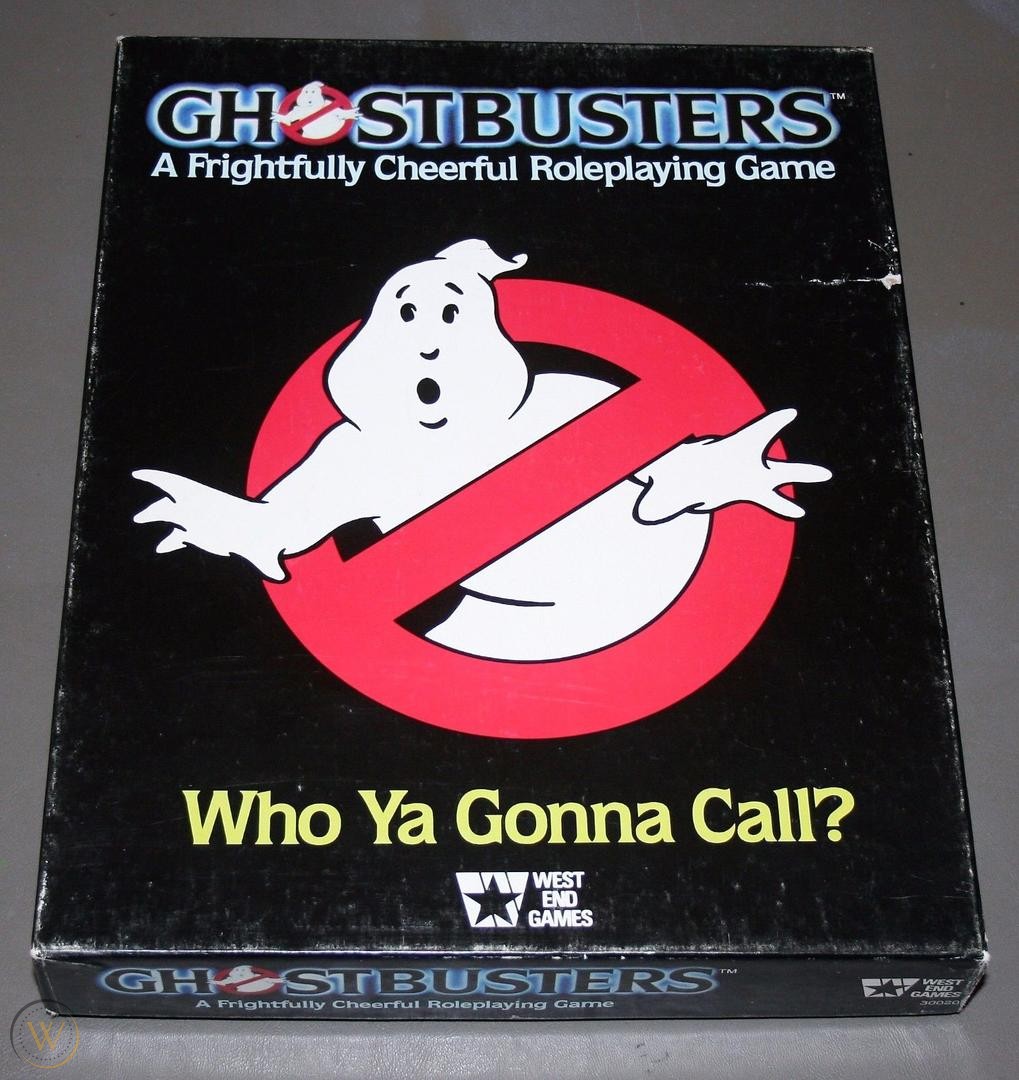 For D&D, the humble d20 traces all the way back through the editions. Sure, you can see when the system changes with THAC0 and the like. But by looking at mechanical ancestry, you can find other games with a common “ancestor.” Including games like Shadowrun, Vampire: the Masquerade, and the world-expanding Star Wars RPG.

All of these games can trace their lineage back to 1986, when West End Games took on the license for a franchise known for tussling with marshmallow men and gods. That’s right, kids, I’m talking about Ghostbusters. 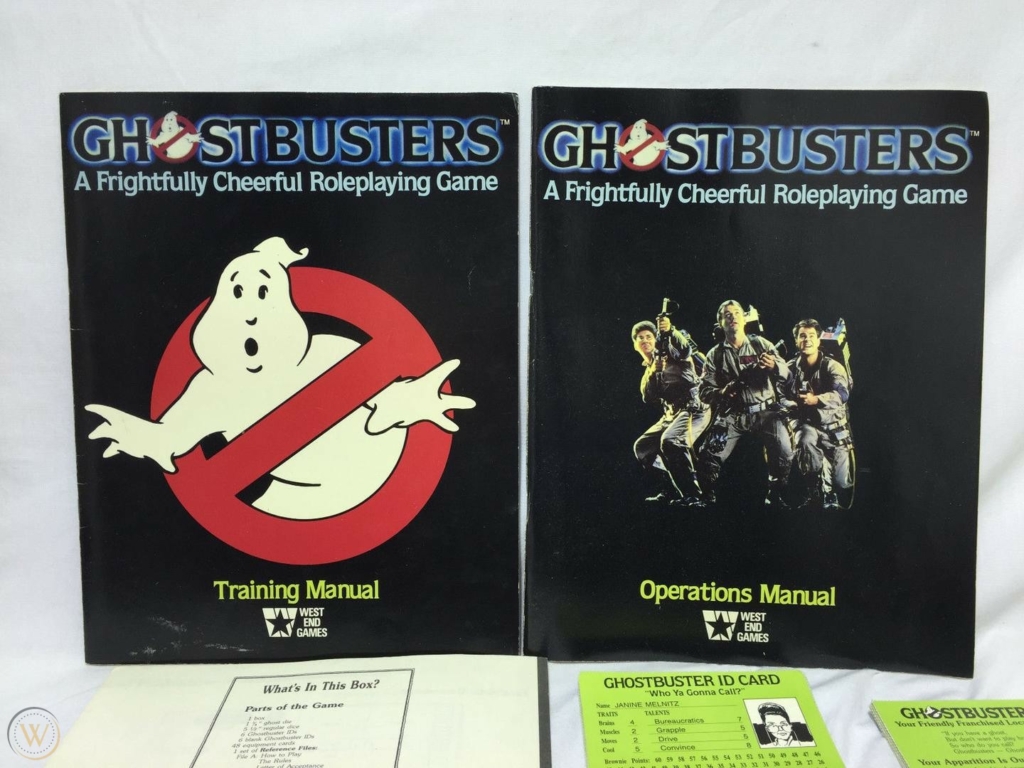 Make no mistake, West End Games’ Ghostbusters has quite the pedigree. It was put together by a conclave of designers whose names are attached to many classic games. The Ghostbusters RPG is the work of Sandy Petersen, Lynn Willis, and Greg Stafford. If those names sound familiar, it’s because each of them would go on to design award-winning games and modules.

Petersen is perhaps best known for Call of Cthulhu, while Stafford worked on Runequest and Heroquest. And Willis worked on both systems, including writing Masks of Nyarlathotep, one of the best-known campaigns.

Working for West End Games, the trio took on the Ghostbusters franchise. Together they designed a system that was set in the same fictional universe as the original film, taking place just after the events therein. In the game, after the Gozer event, the Ghostbusters have become popular enough to launch the international enterprise known as ‘Ghostbusters International’, which sells franchises around the world. 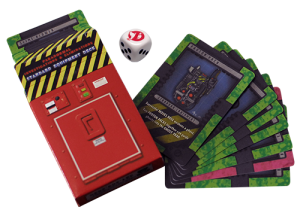 In the game, players are franchisees who run their own operations outside of New York. So you might be Ghostbusting in Poughkeepsie, Walla Walla, Washington, Kalamazoo, or any other town that sounds like it was made up for a 1950’s sitcom.

The system is a rules-light, minimalist system. It takes a step away from wargames-originated things like movement rates and weapon ranges, explicitly stating that they are unnecessary for play. In fact, all you need to play the game is a d6 and your imagination. 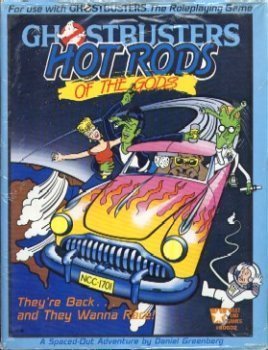 Each character gets 12 points to assign between four main Traits: Brains, Muscle, Moves, and Cool. In addition to this, they get to choose from a list of skills called Talents. Your Traits get a rating from 1 to 5, your Talent effectively adds three points to each Trait.

When it comes time to roll dice, you roll a number of d6s equal to your most appropriate Trait (or Talent, if applicable). Then you add the results together to see if you beat a target number. Alongside this, you have a Ghost Die that represents bad luck, and a number of Brownie Points that you can spend to add more dice to a pool. 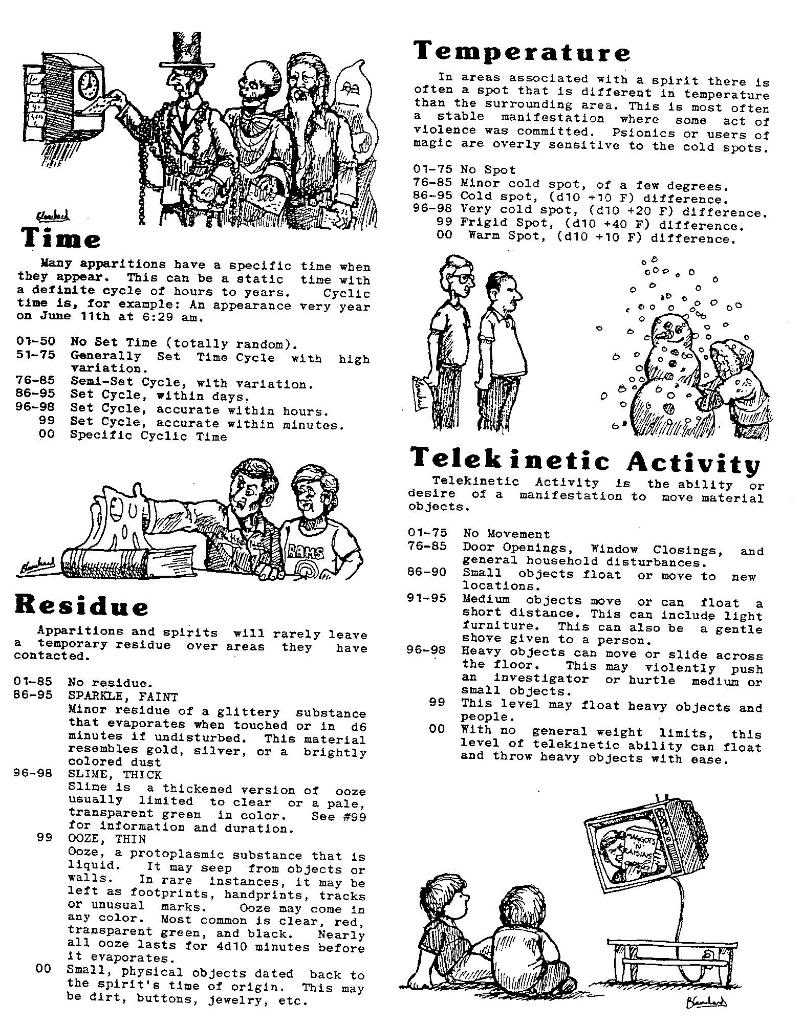 The game’s task resolution system was incredibly influential. It was the first known dice-pool based system. It seems straightforward now, but Ghostbusters did it first. And they did it with humor, panache, and cool points.

You can feel the influence of the game in other RPGs designed by the same company, or by the designers who worked on it. The D6 system that West End Games’ Star Wars RPG uses evolved out of Ghostbusters. And in the early 90s, both Over the Edge and Vampire: the Masquerade would take the mechanics and run with them. It’s a simple formula: take a stat and a skill and get that many dice.

But it casts a long shadow. In spite of this, the original game was only a 24-page book with a 64-page GM guide. It won a few different awards when it was first released, including the HG Wells award for Best Roleplaying Rules, and became successful enough to launch a second edition in 1989.

Though it was critically successful, the game had difficulty finding a lasting audience, owing to its higher price tag and the perception of “comedy RPGs” at the time. However, it earns a place in gaming’s long history as one of the most influential RPGs of all time.