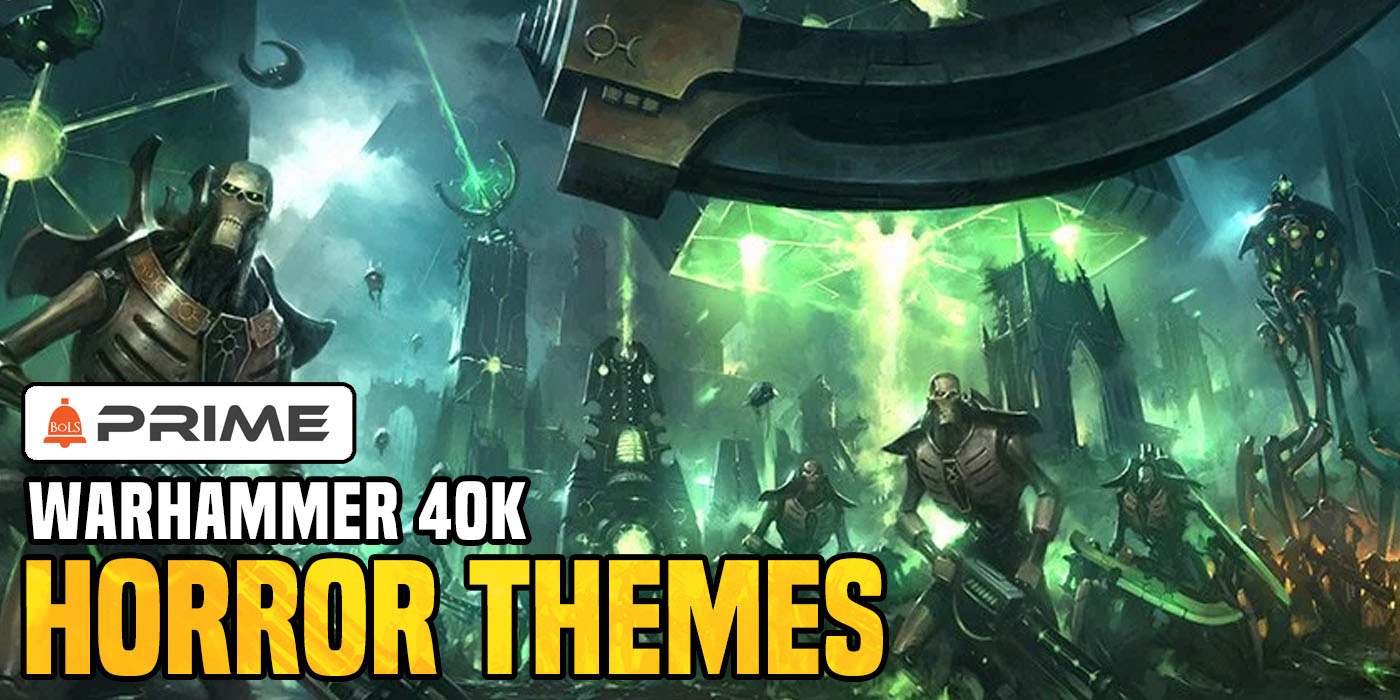 In the grim darkness of the far future, there is only spooks.

The 41st millennium is many things: violent, terrifying, dystopian, the list goes on. Every day, billions of humans on millions of planets wake up surrounded by the threat of daemonic incursion, Xenos invasion, or even their neighbor Steve reading the wrong edition of a textbook and getting their planet nuked from orbit.

It certainly isn't a nice place to live. It doesn't help that even the mighty protectors sworn to keep the populace safe have their roots in unstable science and draconian philosophy. With spooky season in full swing, let's check out the terrors of the far future– and see what lines up with the modern horror tropes of our little blue rock.

While this list could go on for ages about all the terror lurking just beyond the atmosphere of Holy Terra, here are 5 of my favorite armies that align with horror tropes in the 4ok universe (and their parallels with the real world.)
Space Wolves

Hailing from the ice planet of Fenris, the Space Wolves are a feral and dangerous Space Marine legion lauded as the Emperor's executioners.

They feature strong Norse influences, from the runes that fuel their "magic" to their names and system of honor-based advancement. They're ruthless in battle and bred from some of the most formidable warriors in all the galaxy. Their initiates have to survive ni...