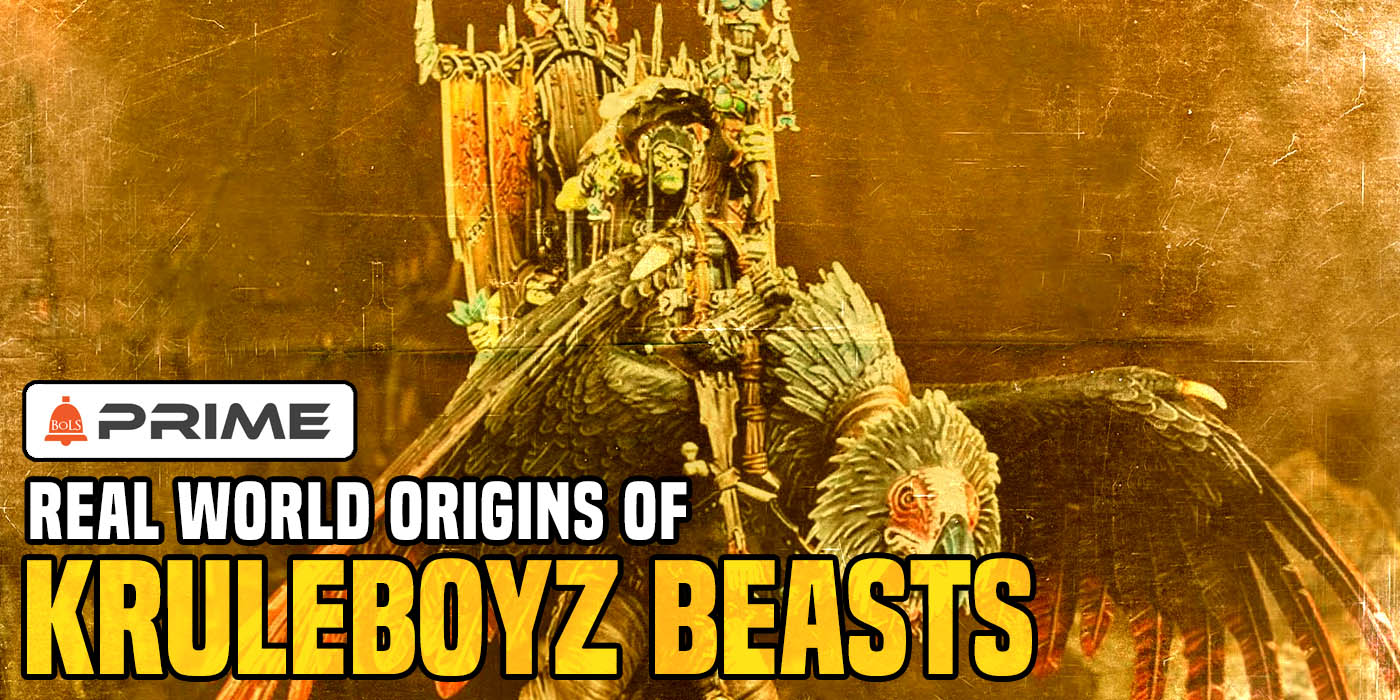 Just when you thought it was safe to go back in the swamp... Let's take a look at where some of those Kruleboyz beasts really came from.

From the massive Sludgeraker Beast to the agile Great Gnashtoof, these monsters cause all sorts of havoc throughout the enemy line. And they do it all while buffing your troops or providing a clear vantage point for your heroes to survey their krew.

But as with all things in the Warhammer universe, each of these monsters has its roots in the mythos of the real world, and some of them are a little closer to home than you may think.
Corpse-rippa Vulcha
Soaring above the battlefield in a wide circle, the dreadful Corpse-rippa is the perfect mount for a master Killboss that wishes to survey his plans in action before swooping down to claim the choice bits for himself. It is a terrifying creature, with a razor-sharp beak and talons to shred its enemies to ribbons and a venomous stinger nestled in its feathered tail.

It makes sense, then, that this would be the chosen mount of Gobsprak...