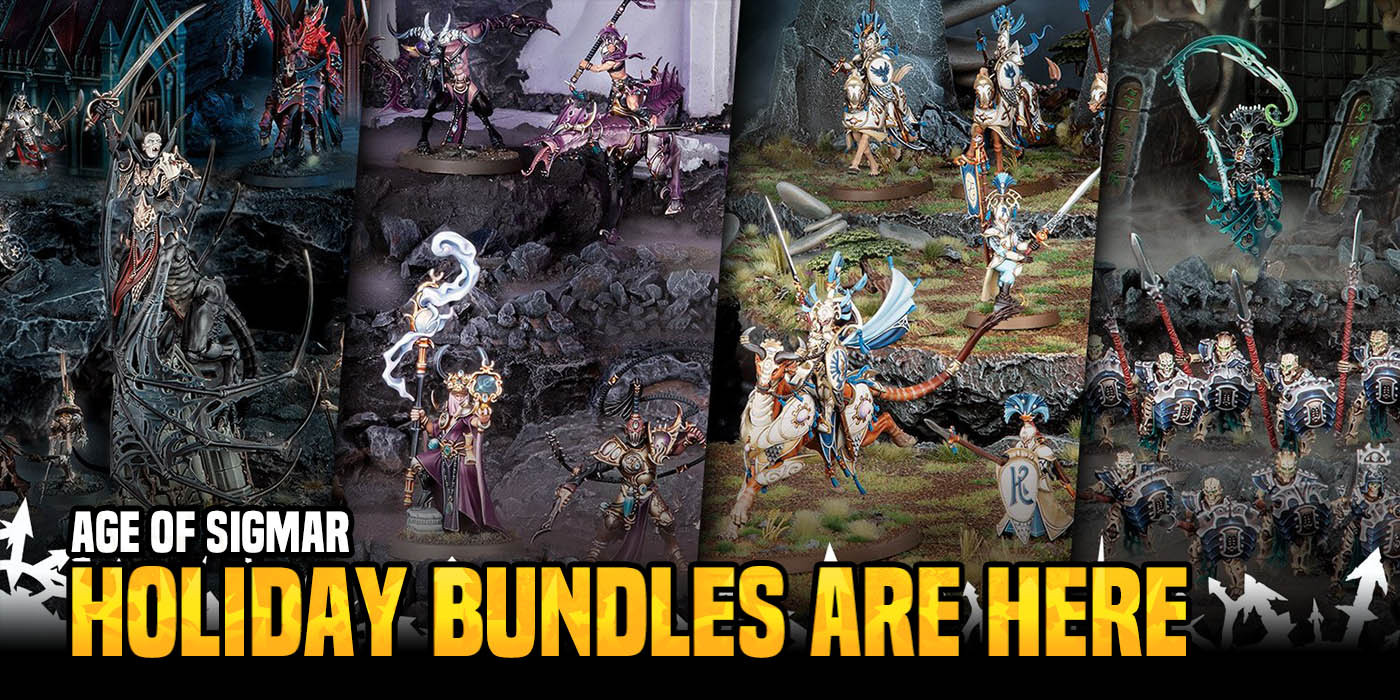 Games Workshop has announced 4 holiday bundles for the Mortal Realms! Here come the Battleforces for Age of Sigmar.

It’s that time of year when Games Workshop releases everyone’s favorite Battle Boxes. We’ve got a look at the Age of Sigmar ones so let’s see who’s getting what.

“This year there are four Battleforces available for Warhammer Age of Sigmar, and they’re going to be available in December – making them perfect candidates for any Warhammer+ vouchers you’ve been earning this month.” 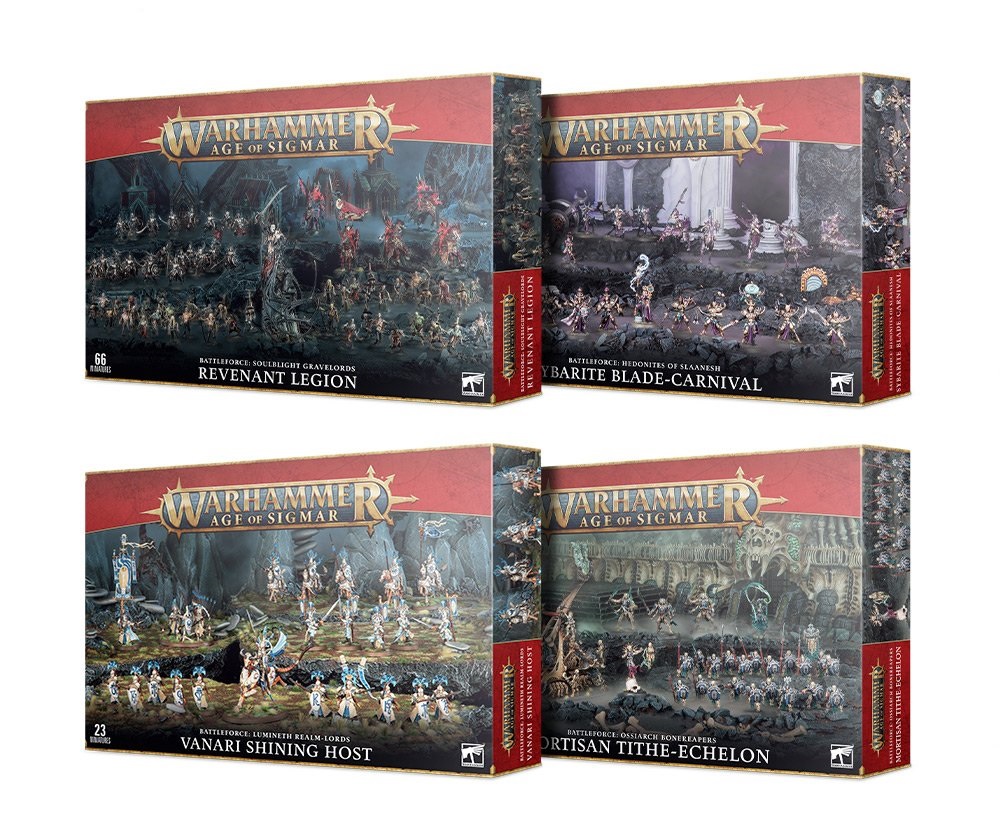 Four battleforces! Let’s get a closer look at each one because there’s a boatload of miniatures in each box. 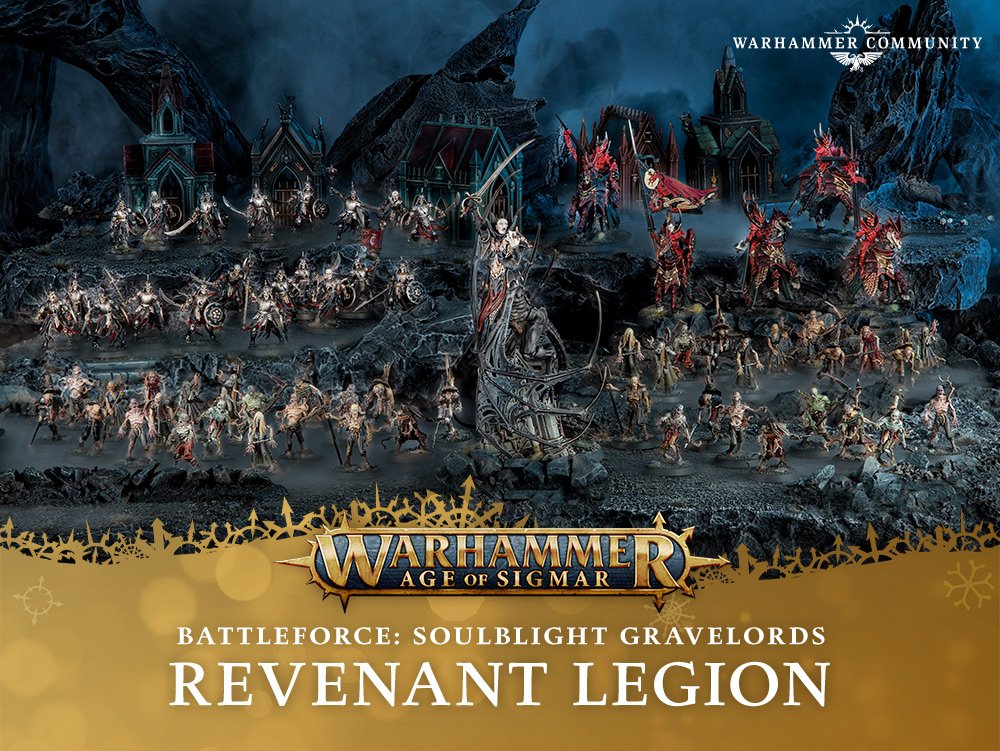 “The Revenant Legion is a party in a box with 66 models including a bestial Vengorian Lord, five barded Blood Knights, 20 Deathrattle Skeleton warriors and, count ‘em, 40 Deadwalker Zombies. “

That’s a quite the starting point for a new Soulblight Gravelords army. It’s got a ton of bodies in there to get your undead horde growing. Depending on where you want to go from there, you could either pick up a second copy of this one for a whopping 80 zombies and 40 skeletons or you could expand out with some support characters. This is a great core for an army and you’ll have options on where you want to expand from there. 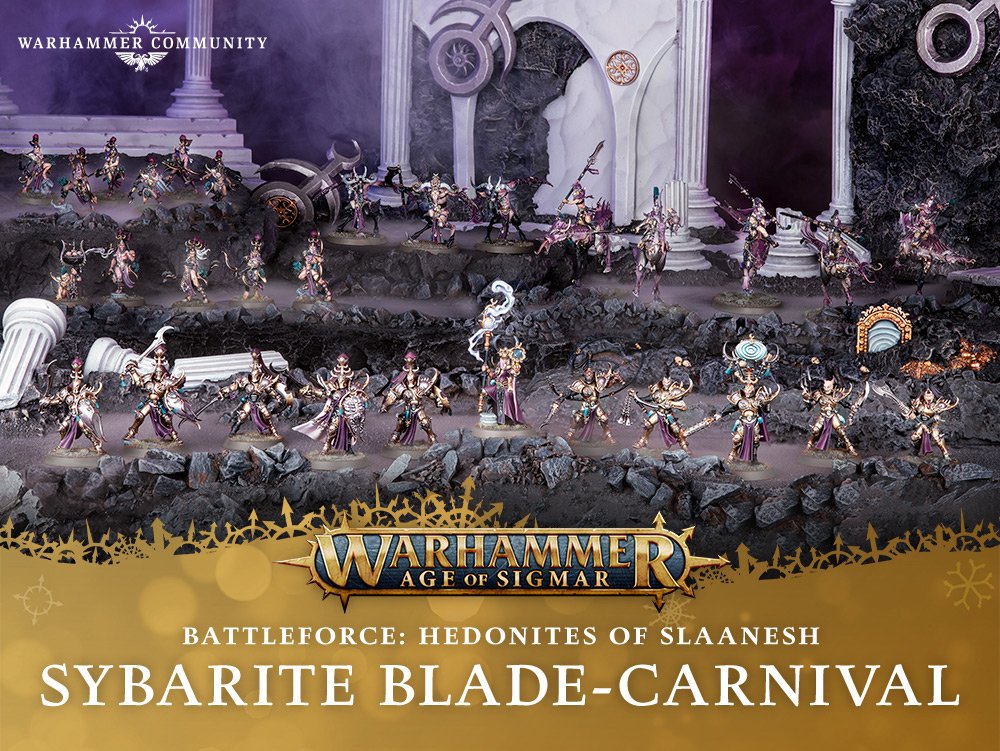 “Led by a Shardspeaker, this box also nets you three Slaangor Fiendbloods, ten Blissbarb archers – plus a lowly homunculus – and five Exalted Seekers which can be built as either Slickblades or Blissbarbs. Then there are ten elite warriors you can build as Mymirdesh Painbringers or frenzied Symbraesh Twinsouls.”

This one has a lot of the new toys for Hedonites of Slaanesh. Toss in a Glutos and/or a Sigvald and that’s another solid core. Oh, and you’ll definately want to pick up a Keeper of Secrets while you’re at it to round out this one. 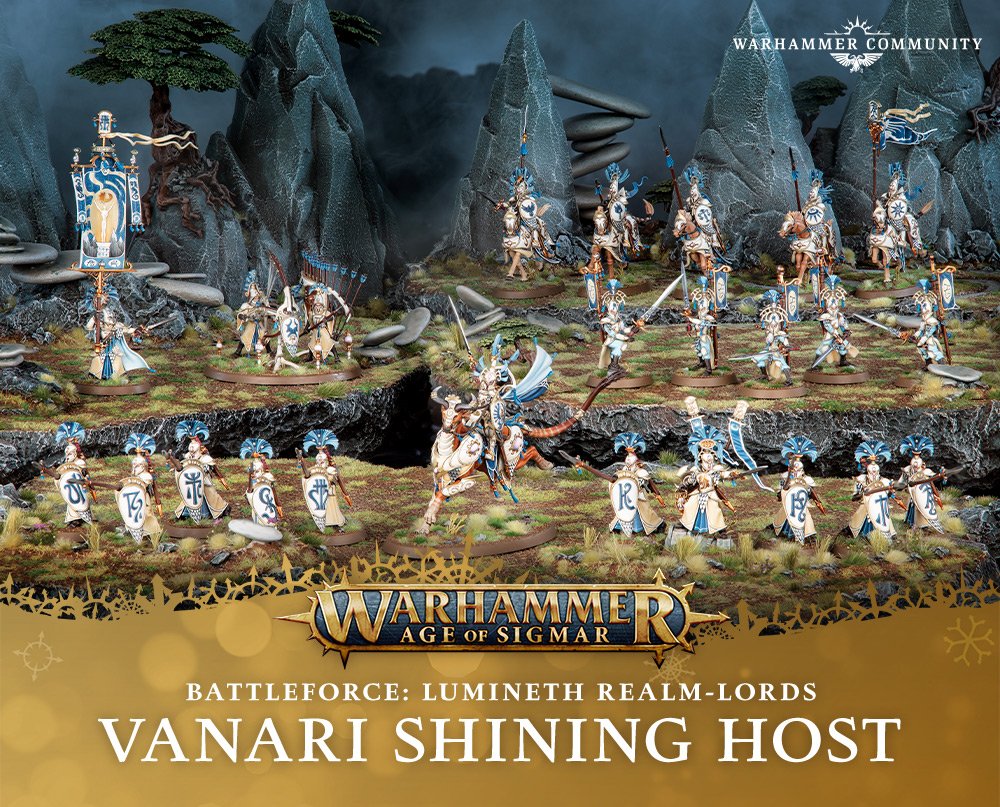 Yet another solid core for an army. Are we detecting a theme yet? You’ve got some good options to start with in this box and plenty of room to expand out from this core. Obvious next options are Teclis, some support characters, and maybe even some Vanari Auralan Sentinels. Or you could go the other direction and grab a Divine Bovine and maybe some Stoneguard. The HUrakan Spirits are also might hard to pin down, too! 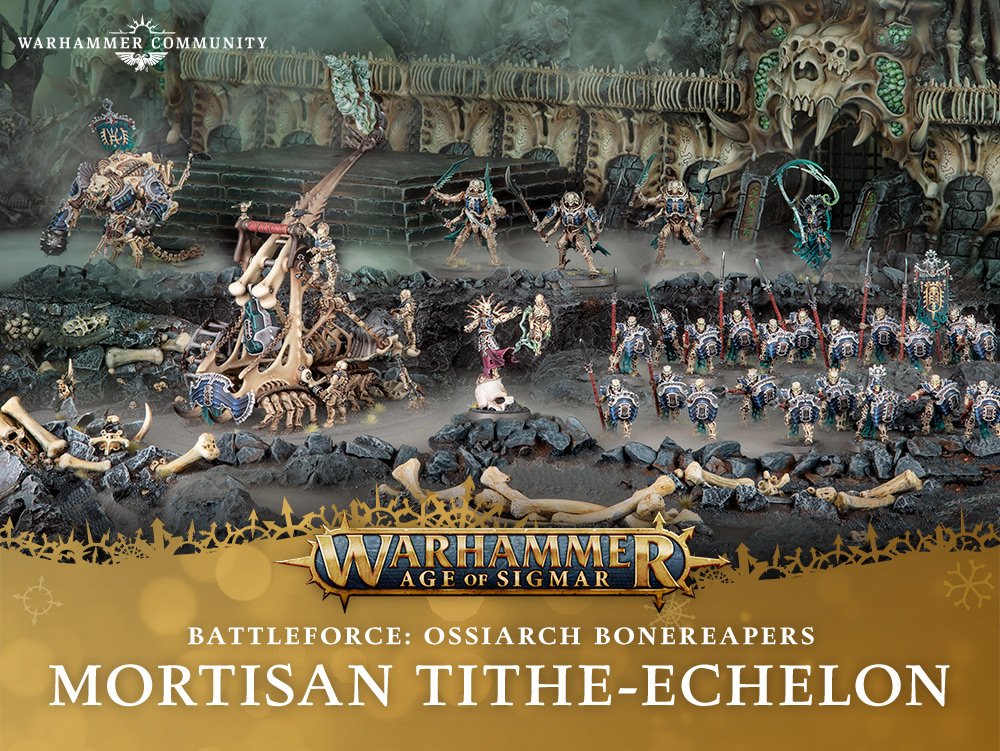 “Commanded by a Mortisan Boneshaper and a Soulreaper, these immortal debt collectors include 20 Mortek Guard and three Necropolis Stalkers – or three Immortis Guard, if you prefer. A Gothizzar Harvester refashions errant bones into new constructs for the army, while the Mortek Crawler hurls the gift of caskets of screaming souls at besieged enemies.”

Hey, if you were wanting to play Ossiarch Bonereapers then this is another great starting point. You’ll get some good core options and some great support for the army, too. From this starting point you could toss in another box of Mortek Guard, maybe a Katakros or Arkan, or even a Liege-Kavalos to expand. I’m personally a big fan of the Necropolis Stalkers, too. Another box of them for a unit of 6 has done lots of work for me in the past! 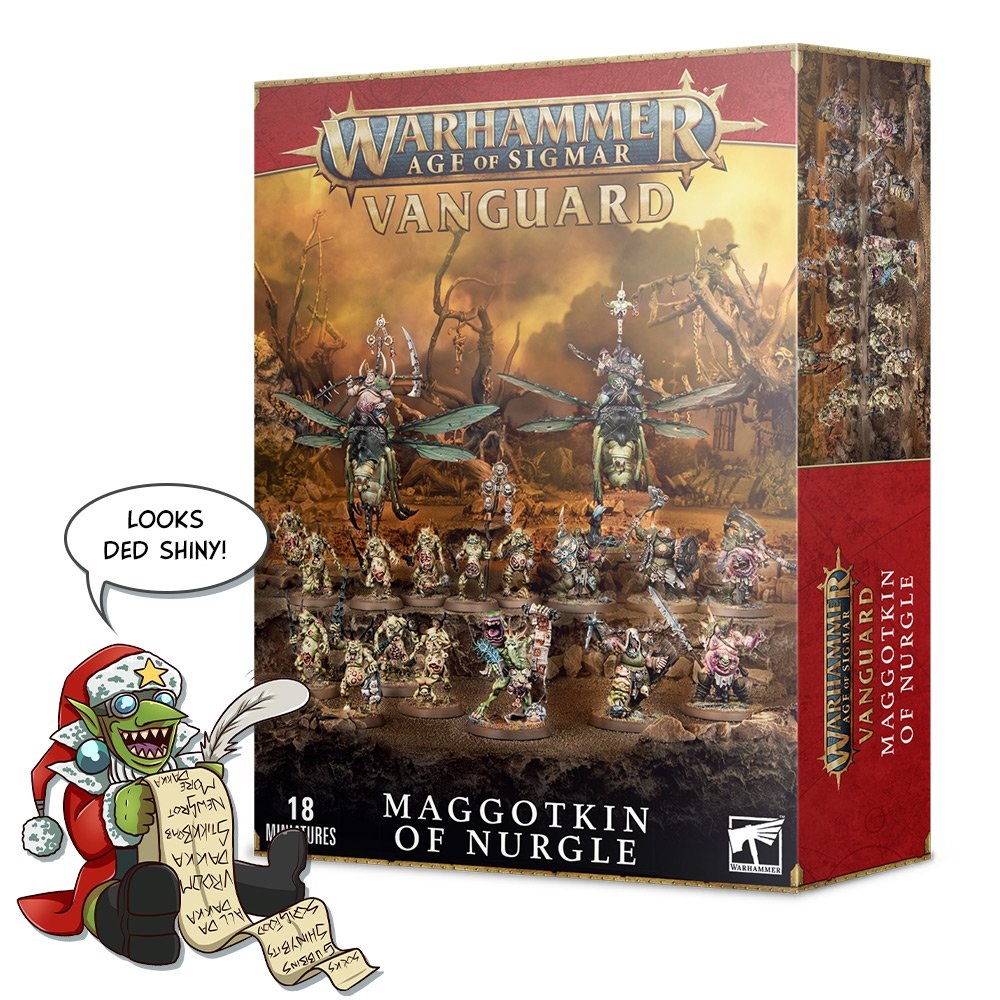 It looks like Age of Sigmar is getting a new style of “Start Collecting” boxes with a new “Vanguard” box for the Maggotkin of Nurgle, too! This is a “complete starter army in a box much like Warhammer 40,000’s Combat Patrols.” Very cool. And hopefully the first of many.

The Battleforces boxes (and Nurgle’s Vanguard) are coming just in time for the holidays! What are you looking forward to snagging?

Author: Adam Harrison
Writer, Editor, Texas Native, and Austinite for 15+ years, Adam covers all things Tabletop Gaming. Which includes Warhammer 40,000, Age of Sigmar, D&D, Board Games and everything else that involves dice, boards, cards and a table. A hobbyist, player, and collector of miniatures and games, Adam's current obsession are his Death Armies for Age of Sigmar, his Blood Angels and Tyranids for 40k, and his ever growing Arkham Horror: The Card Game Collection.
Advertisement
Age of Sigmar AoS Chaos AoS Death Games Workshop Miniatures Tabletop News
Advertisement 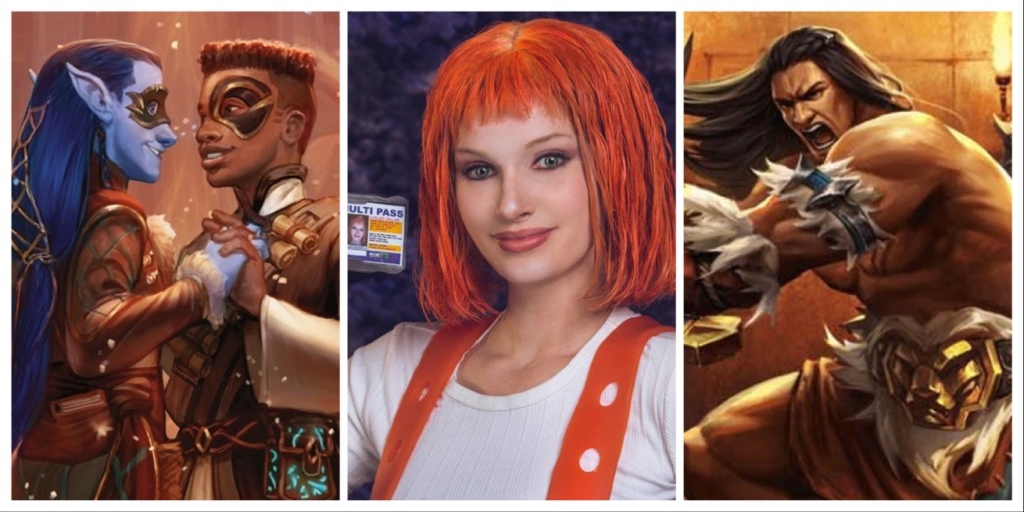