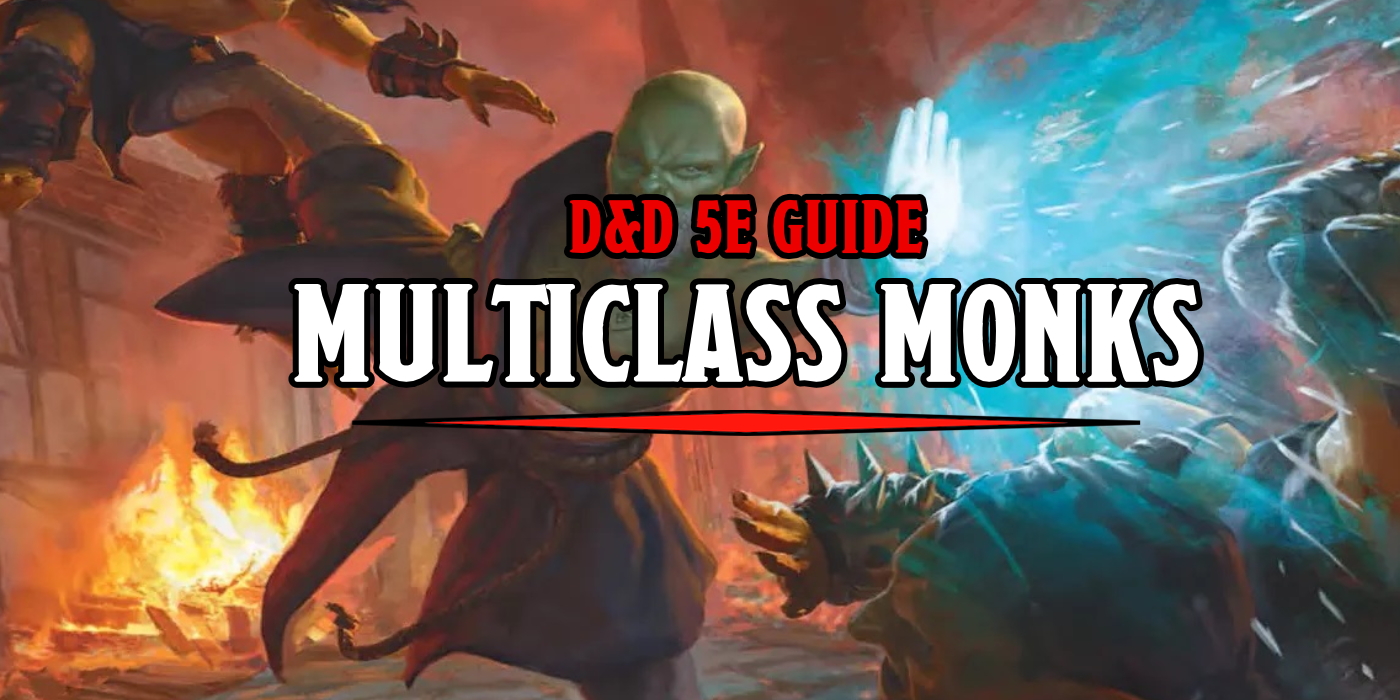 Multiclassing in D&D is a great way to add depth to your character. Make your Monk masterful with this 5E Monk multiclass guide.

Monks and multiclassing, at first glance, might not seem to go that great together. After all, in 5E, Monks get a lot out of staying the course. This is because many Monk features are dependent on your Monk level.

Things like Ki points, the damage of your martial arts die, and your class abilities all depend on your level. But with the right goals, 5E Monks can multiclass with the best of them.

You have to rethink that you want out of the Monk, but with a little bit of tinkering, there are some surprisingly fun options. Let’s take a look.

A big part of it comes down to maximizing your attacks. Monks can make more attacks per round than most other characters.

While they might not hit the hardest, but as soon as you start taking classes that add to the damage you can do, that can change quickly. Things like Hex or Hunter’s Mark can really add up when you’re attacking four or five times per round.

The other big thing that Monks can do is the esoteric stuff. They’re surprisingly mobile and have a versatile suite of skills.

Depending on the subclass you take, you might be capable of breezing past everyone like an unseen shadow, or administering healing and harm with a touch. But often that requires great stores of Ki.

Taking on another class can help you go the distance, saving your Ki for what really matters. And knowing how to multiclass opens up a lot of options for you.

In general, when you’re multiclassing a Monk, you’ll want to have an exit strategy. That is, you’ll want to know exactly what you want out of Monk, so you can figure out at what level to branch out.

Many folks will hang on to Monk until around level 6 or so. This gets you many things. It unlocks two subclass features (one at level 3, one at level 6).

For many subclasses, that’s where they ‘come online’ so to speak. It also gets you six Ki points, stunning strike, extra attack, and 15 extra feet of movement whenever you’re unarmored. 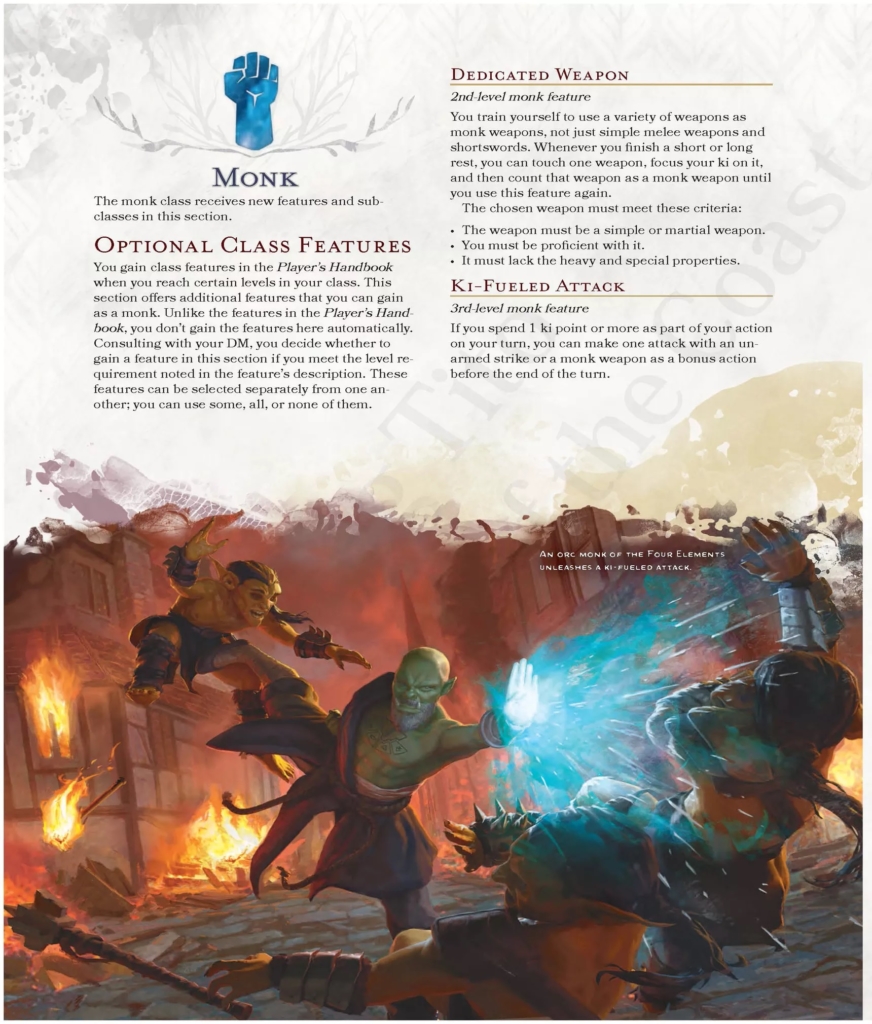 As we mentioned above, Monks benefit a lot from making multiple attacks. This means if you’re picking up a spellcasting class like Cleric, you’ll want to look at spells that work well with your attacks. More on that in a minute.

A lot of 5E multiclass Monk builds want to set themselves up for success. So you’ll want to know how to make the most out of your attack action. It’s also worth noting the new Monk features included in Tasha’s Cauldron of Everything.

Monks and Rangers make for a surprisingly good combo. They both need Dexterity and Wisdom to function, and with the Ranger’s better hit dice, you can make up for lost hit points.

Ranger gets you access to fighting style (duelist is choice here). You also get the Hunter’s Mark spell, which deals 1d6 extra damage any time you hit someone with a weapon attack.

With extra attack and a flurry of blows, a single round of Hunter’s Mark can get you up to 4d6 extra damage. And that’s before you add in any other static bonus damage you might get.

You could potentially stack on the damage. Try Gloomstalker or Hunter for even more potent bursts of damage.

As far as subclasses go, Kensei plays especially well with Ranger. But any Monk subclass can benefit from a bit of Ranger. Four levels will get you a ton of features as well as the all-important ability score increase.

Monks and Rogues make for an incredibly versatile combo. Even just two levels of rogue gives you expertise with some of the skills you probably wanted to pick up anyway.

You also get Sneak Attack, and most importantly Cunning Action. Cunning Action has a lot of overlap with the Monk’s suite of bonus action abilities. But it will save you a ton of Ki points in the long run.

If you go even further you can pick up a subclass as well, like Thief or Swashbuckler or Arcane Trickster. The latter can give you some magical options that don’t require a 13 Intelligence or Charisma. It’s one of the best ways for a Monk to get access to the Shield spell.

Way of the Shadow is the most classic Monk pairing, but most work well with a Rogue.

Monks and Clerics are perhaps the most powerful magical combo though. You need Dex and Wisdom as a Monk, and Cleric wants a high Wisdom too, so you can add some extra spellcasting into the mix.

Monks get a lot out of Divine Favor and even a single level gets you Domain abilities. Just make sure you grab extra attack as the Monk as quickly as you can, though. 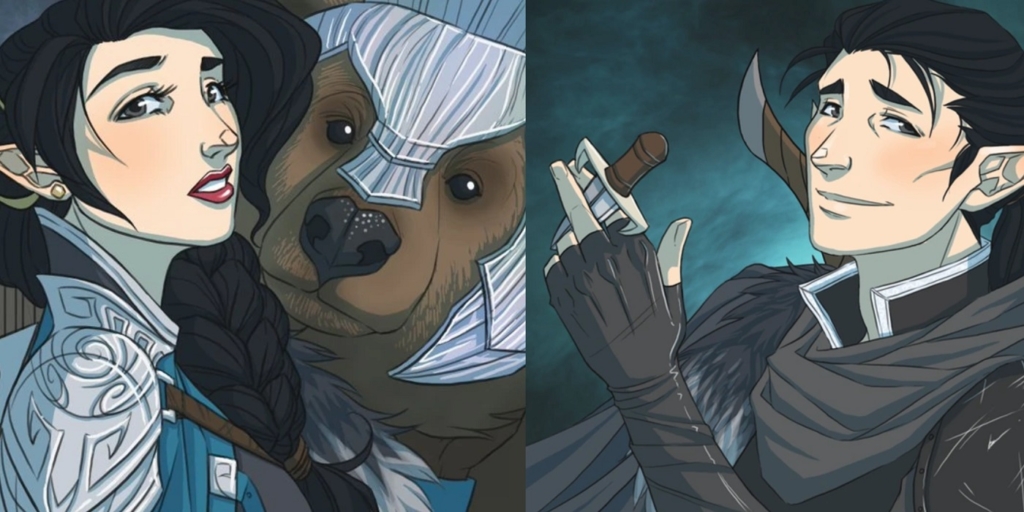