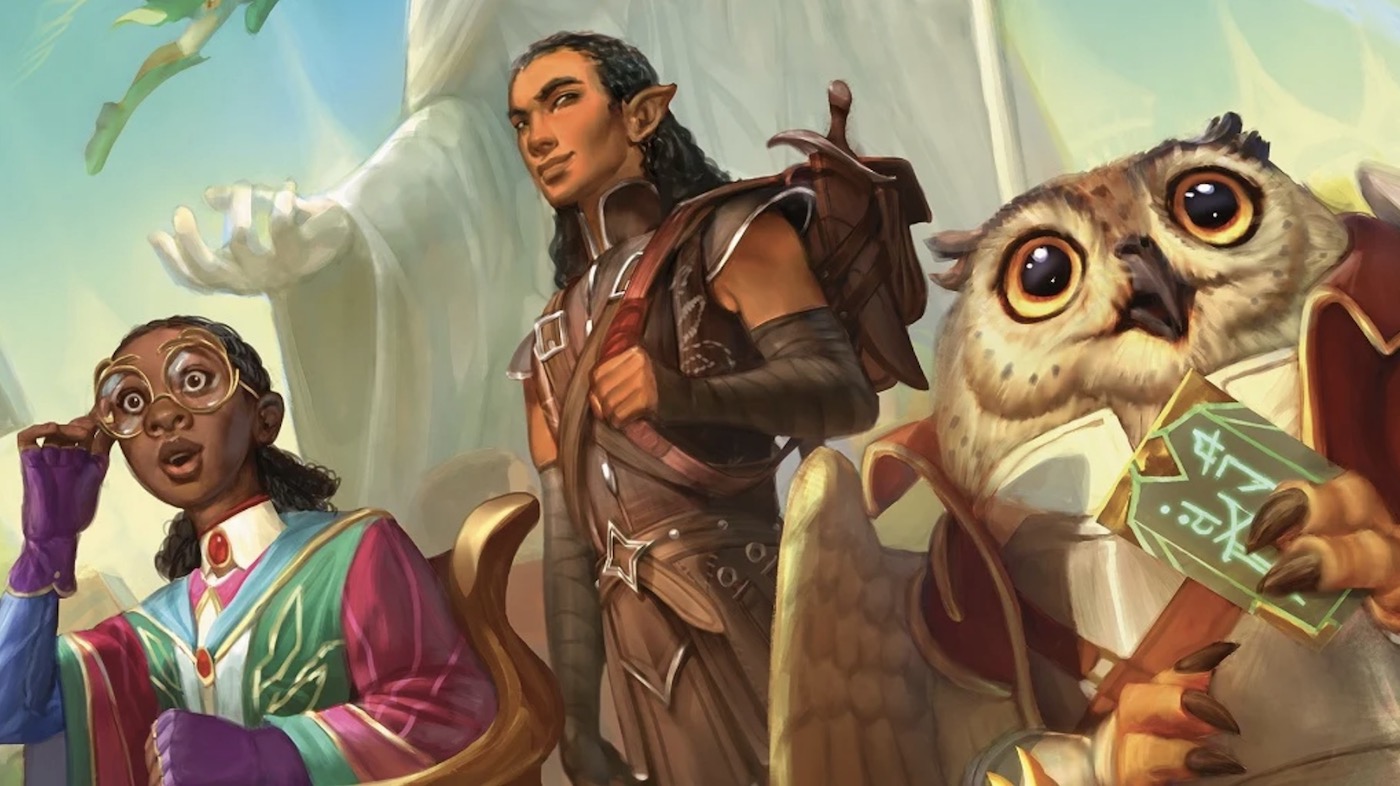 Spoilers abound in a Strixhaven preview featuring an actual play stream to show off more about Curriculum of Chaos. Spells, items, and more!

We know that Strixhaven: Curriculum of Chaos brings more than just a ten-level adventure split across four school-year arcs. There’s a lot of focus on tying characters to the academy with spells, feats, and powers. Thanks to Runaway Robot’s preview game, we get a look at what lies ahead in this Strixhaven preview.

The Strixhaven preview gave us a look at some of the different colleges’ spell lists.

For instance, Lorehold gets thaumaturgy on its list. The artistic, expressive, elemental college of Prismari gets prestidigitation and firebolt, while the mathemagically inclined Quandrix get entangle added to their lists.

All of these spells become available when you take the Strixhaven Initiate feat, which works whether you’re a spellcaster or not. This feat comes for free as a part of one of five new backgrounds. Each is connected to one of Strixhaven’s five colleges.

We also got a look at some more magical items! 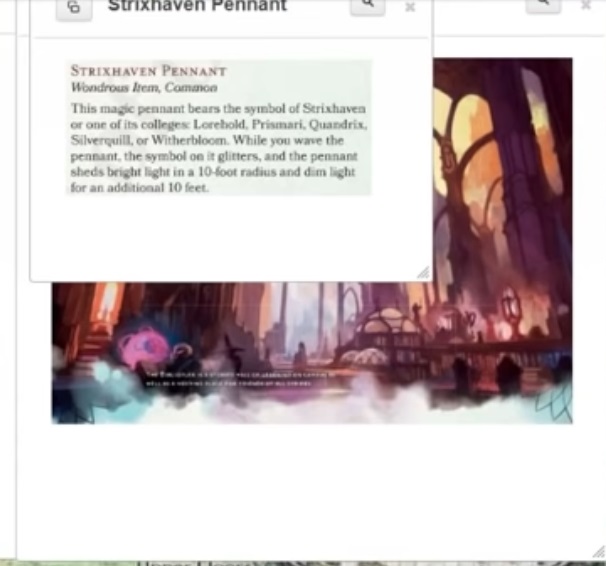 The Strixhaven Pennant is a common wondrous item that acts as a magical flashlight in times when you’ll want to see where you’re going. It sheds bright light out to 10 ft, and when waved, dim light out to an additional 10 ft.

We also got a sneaky look at the Cuddly Strixhaven Mascot plush magical toy, which grants you advantage on saves vs. fear.

And we got to see a couple of other items, including a notebook and pen set that will automatically take dictation for you. There’s also a canteen that sweetens whatever liquids happen to be poured into it.

We also got a look at some of the sample maps. They’re clearly scaled for combat, though in these cases they seem more illustrative than anything else. 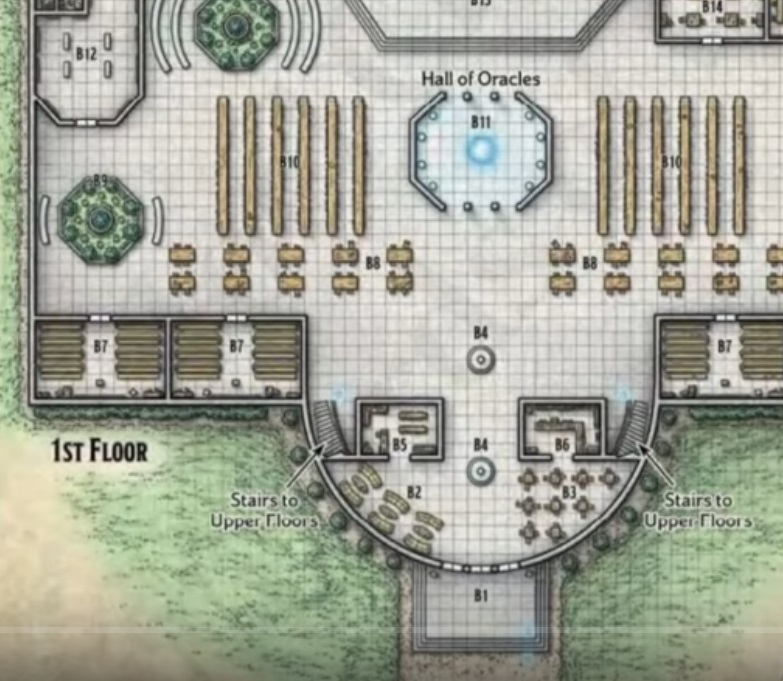 Finally, we got a look at how some of the different student activities work in this Strixhaven preview. We know that there will be random events like improv festivals (a subject near and dear to my heart) and skate-offs, and in this game we got to see a Scavenger Hunt. 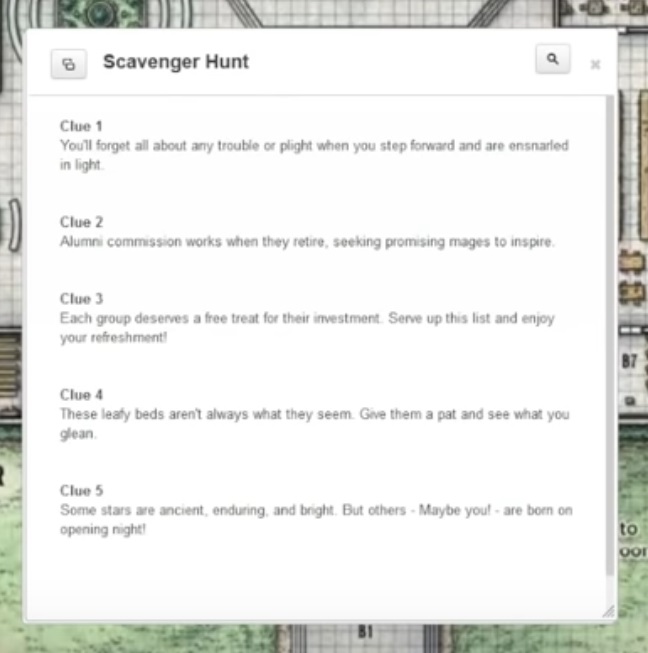 All in all, things are looking exciting for Strixhaven: Curriculum of Chaos. D&D has never really tackled the “Adventuring Academy” genre before, and it’ll be interesting to see how it all comes together. But so far, this is one slice of life we’re keen to bite into. 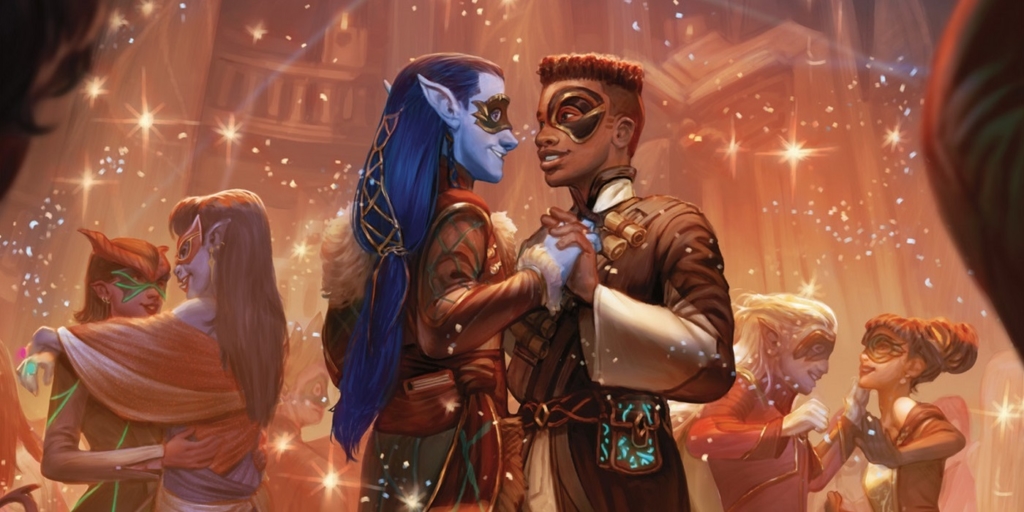