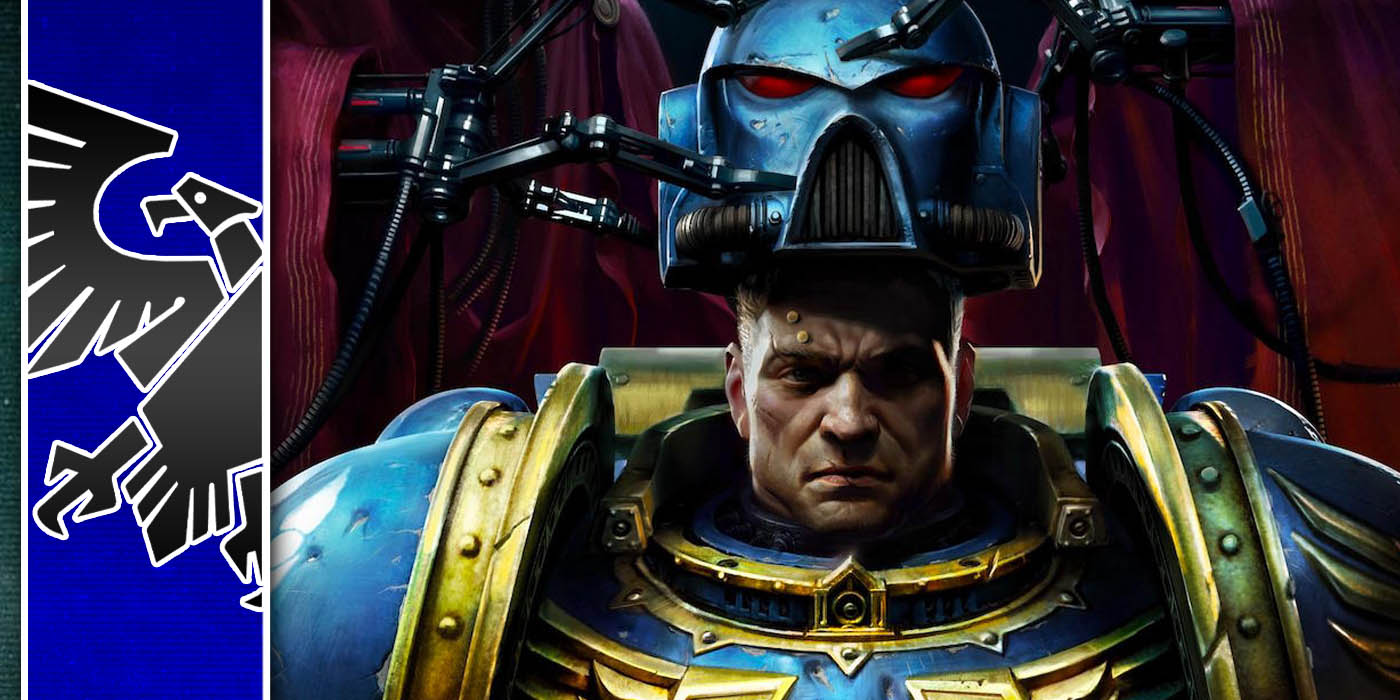 Battleforces come to the worlds of Warhammer this next weekend, with the release of six new big boxes for 40K and four for AoS.

What do you get the gamer who has all the 40K miniatures they’ll ever need? That’s a trick question. There’s no such thing. Once someone buys even one GW miniature, they need all of that sweet sweet grey plastic they can get their hands on–preferably injected directly into their veins, but miniatures are an acceptable substitute. It’s just a fact, Tzeentch needs Change, Khorne loves Skulls, and gamers need miniatures.

There’s no such thing as enough. In the grim darkness of the 41st millennium, there won’t be only war because all available resources will have been converted to the manufacturing of miniatures. And you can catch a glimpse of that dire future next weekend, with the release of ten new Battleforces–collectible boxes just full of miniatures. Six for 40K, four for AoS, all of them a great value. 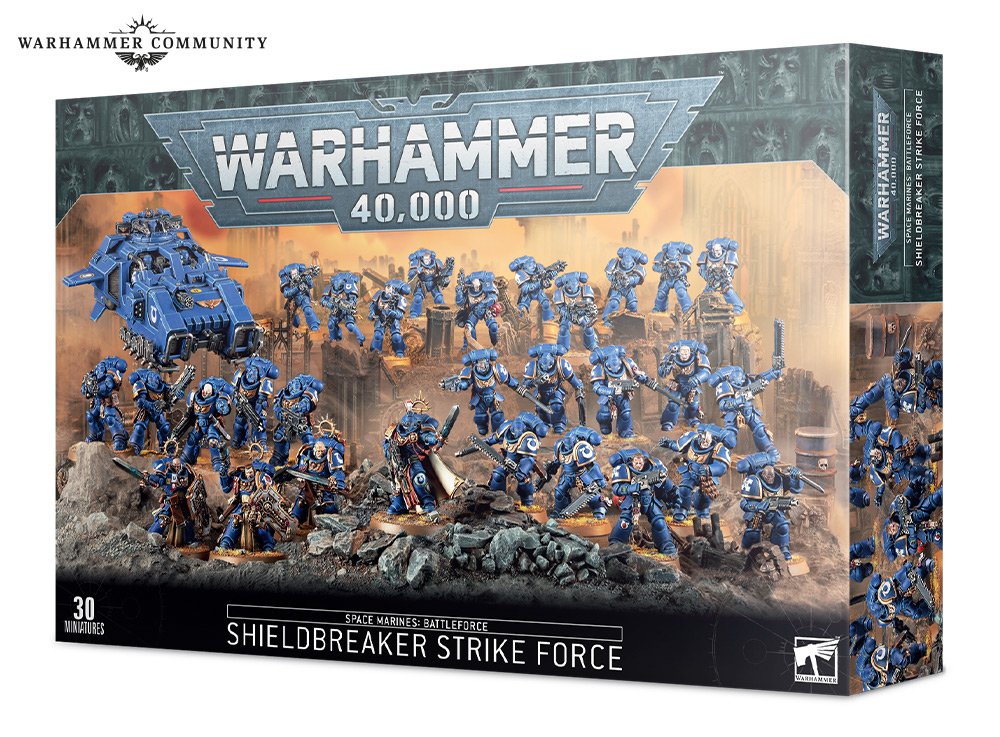 Let’s start with the Shieldbreaker Strike Force, a Battleforce that’s just lousy with Primaris Space Marines. There are 29 all in all, and accompanying them is a Storm Speeder to help you punch gravity into submission while you’re at it. 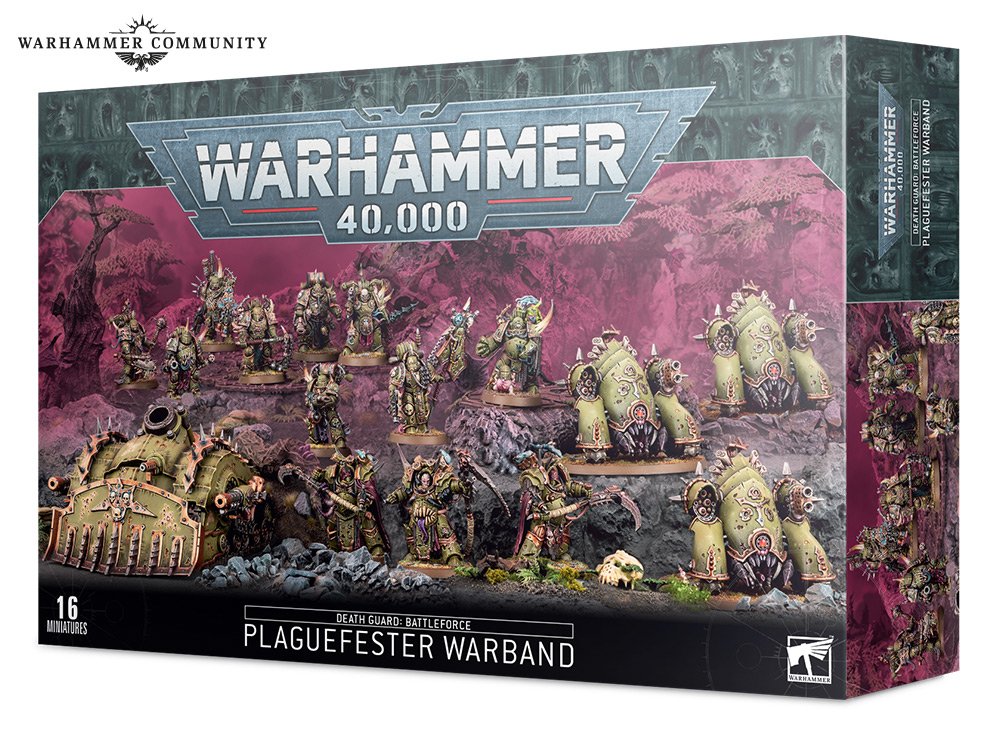 The Plaguefester Warband brings you Plague Marines, Deathshroud Bodyguard, and three Myphitic Blight-haulers accompanied by a Plagueburst Crawler. However, only customers in the US, Canada, New Zealand, and Australia can pre-order it this Saturday, everyone else will have to wait. 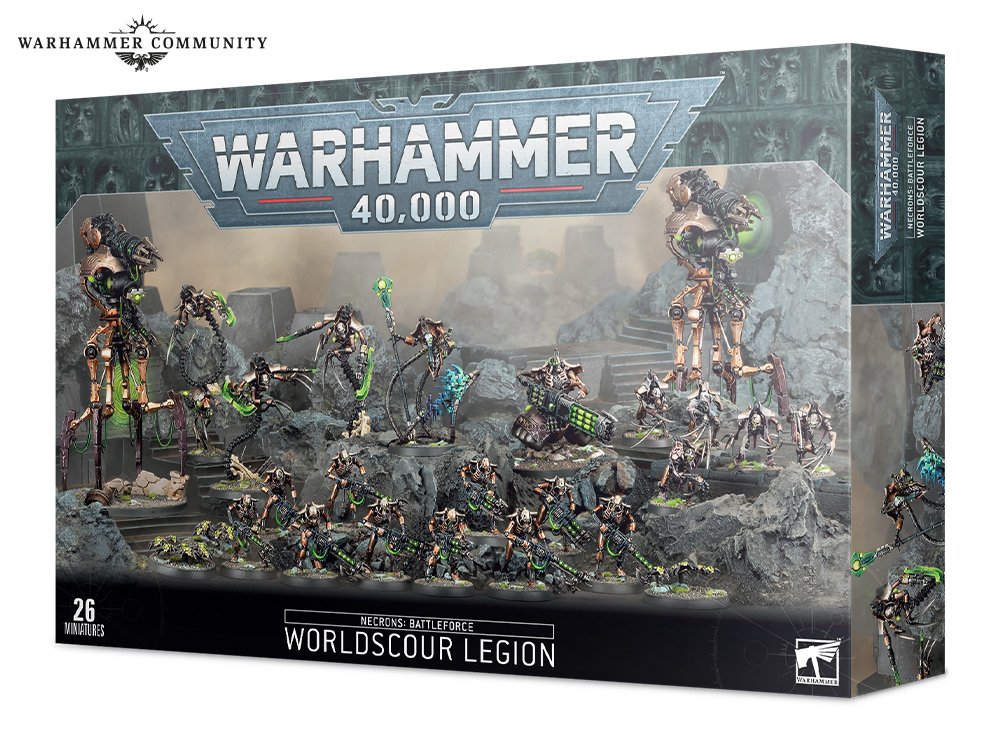 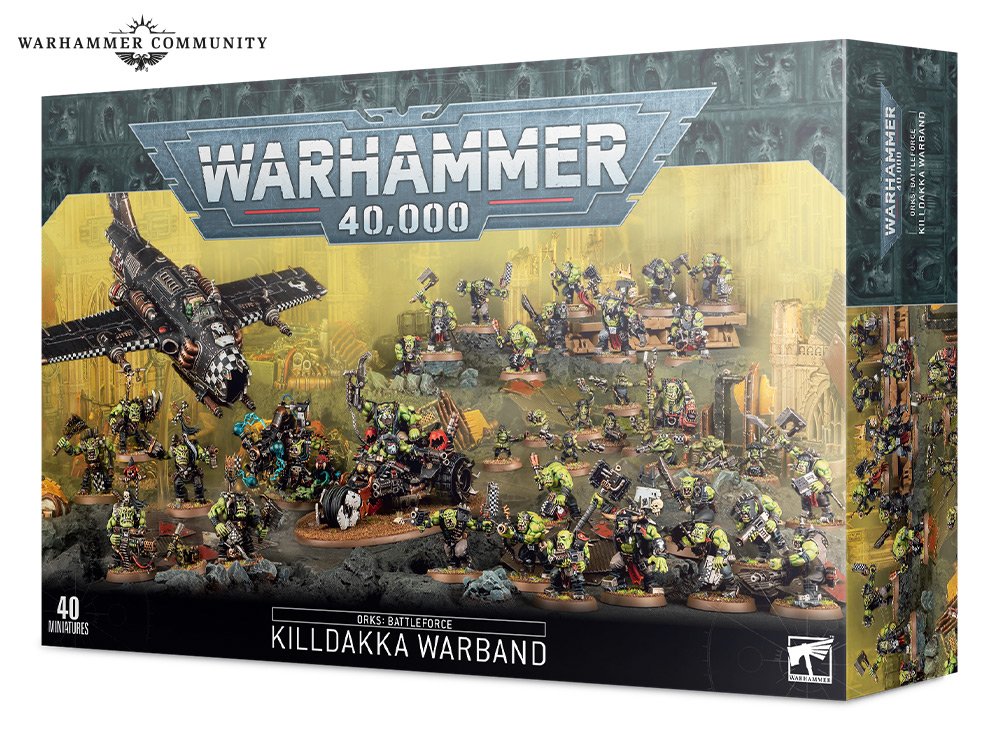 We all know Orks are da best, though, which is why you’ll really want the Killdakka Warband, a warband that includes 20 Boyz, a Deffkilla Wartrike, a Big Mek, and a kit that can build the Ork Aero of your choice. 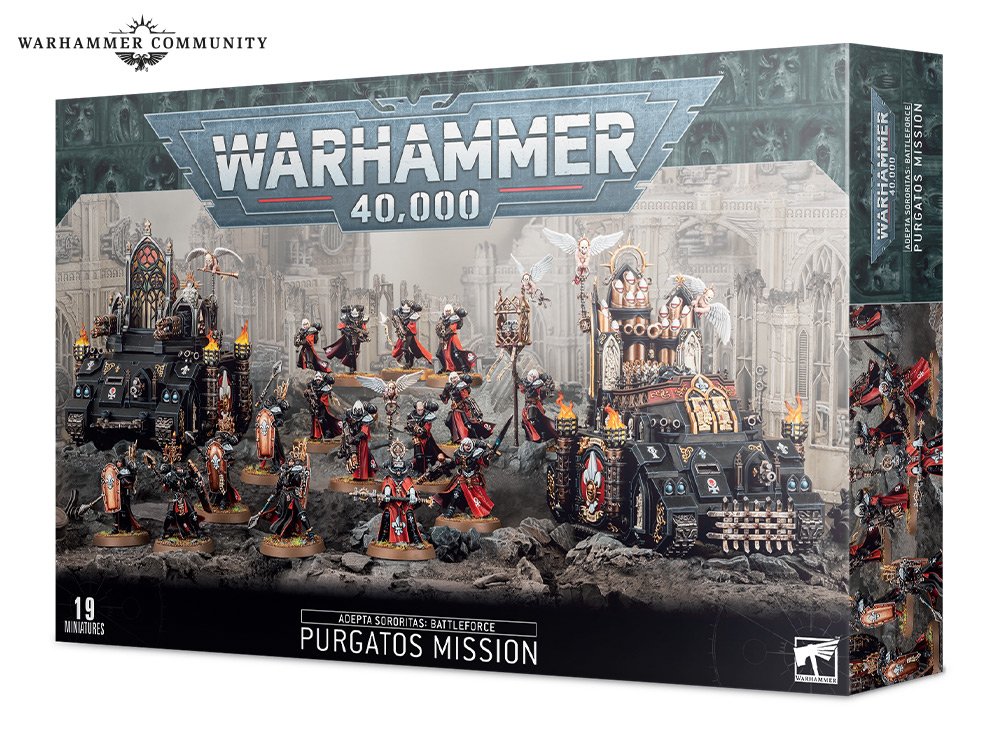 If that’s too heretical for you, the Purgatos Mission will help you purge the unclean with fire and missiles. This Adepta Sororitas Battleforces has 16 batlesisters, plus an Immolator and an Exorcist. 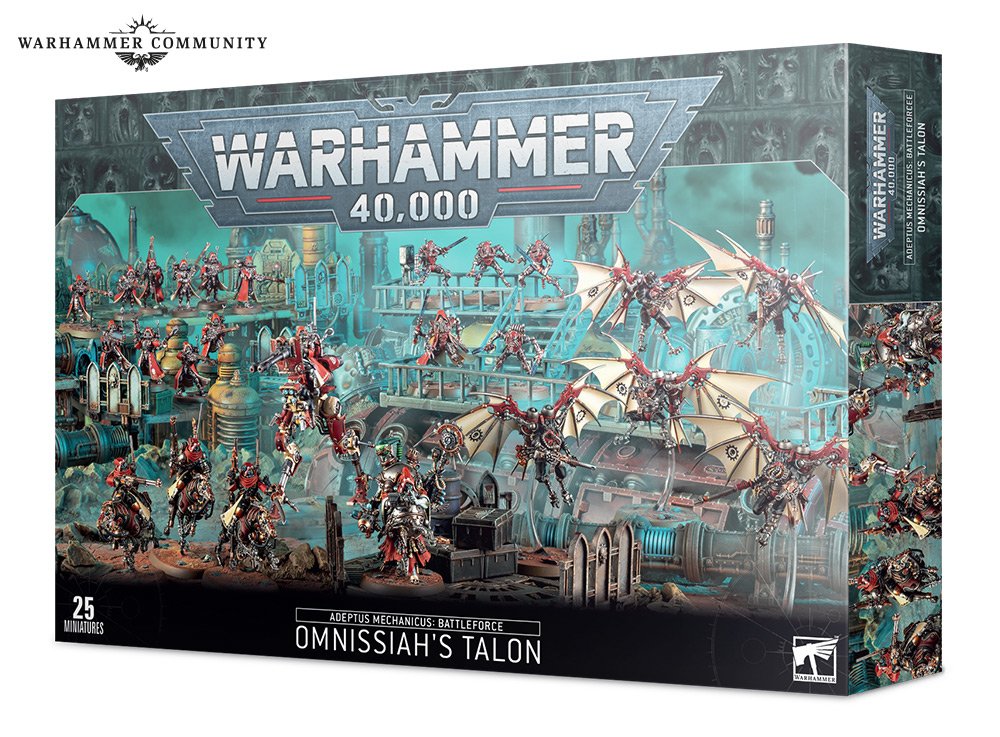 The Omnissiah’s Talon is for those who follow the true Emperor (definitely nothing heretical in that statement), and who abhor the flesh in favor of the sacred augmetics. You get Skitarii on wings, on servitor horses, piloting on war walkers, and more. Of course if you live in the US or Canada, you’ll have to wait until early next year for this one. 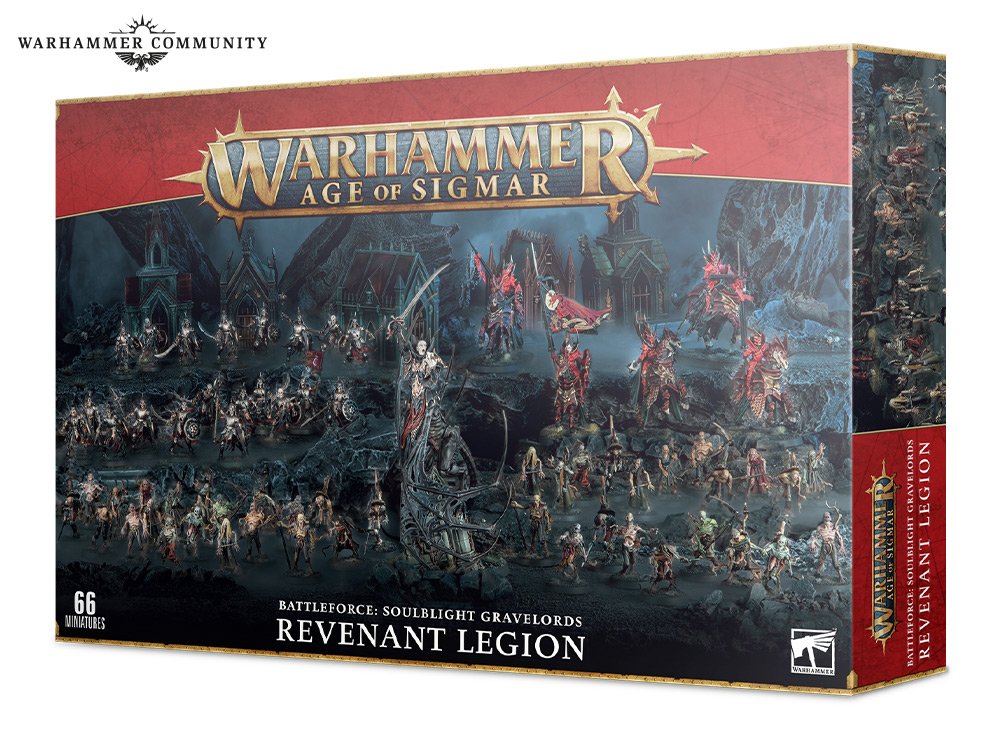 The Mortal Realms are also getting significant reinforcements this week. And we start with a bunch of draculas in the form of the Soulblight Gravelords’ Revenant Legion, who have a truly massive box containing 66 miniatures. Many of them are Deadwalker Zombies, but you also get Blood Knights and a Vengorian Lord in among the other goodies. 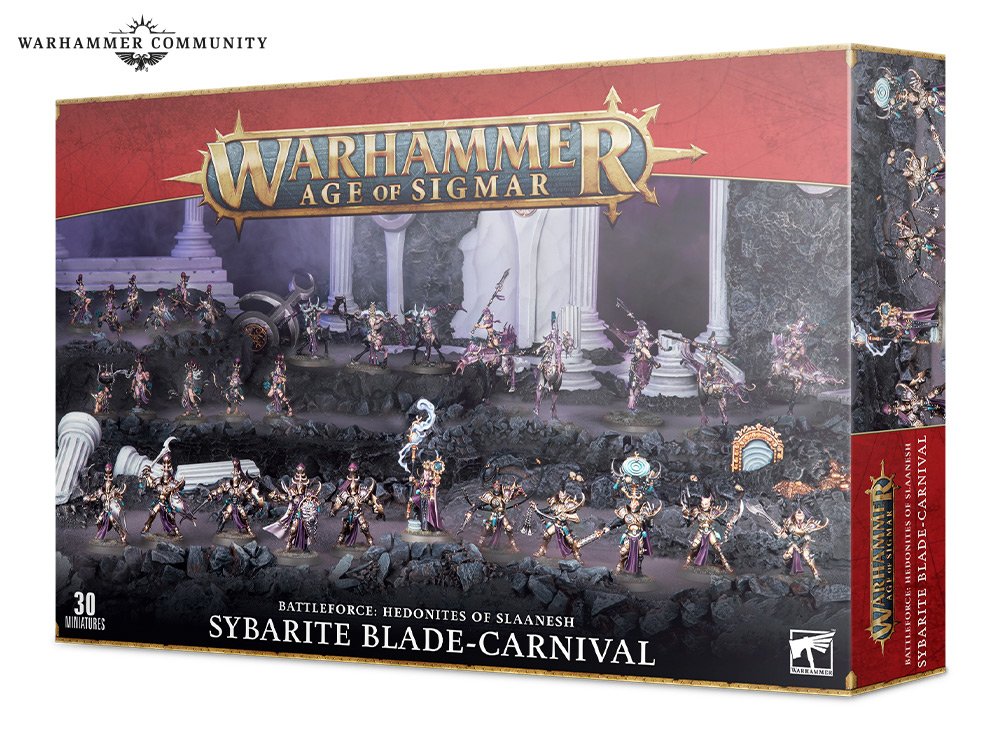 Meanwhile the Sybarite Blade-Carnival is a celebration of Slaaneshi sensuality and slaughter with thirty different miniatures from the mortal ranks of Slaanesh’s chosen. 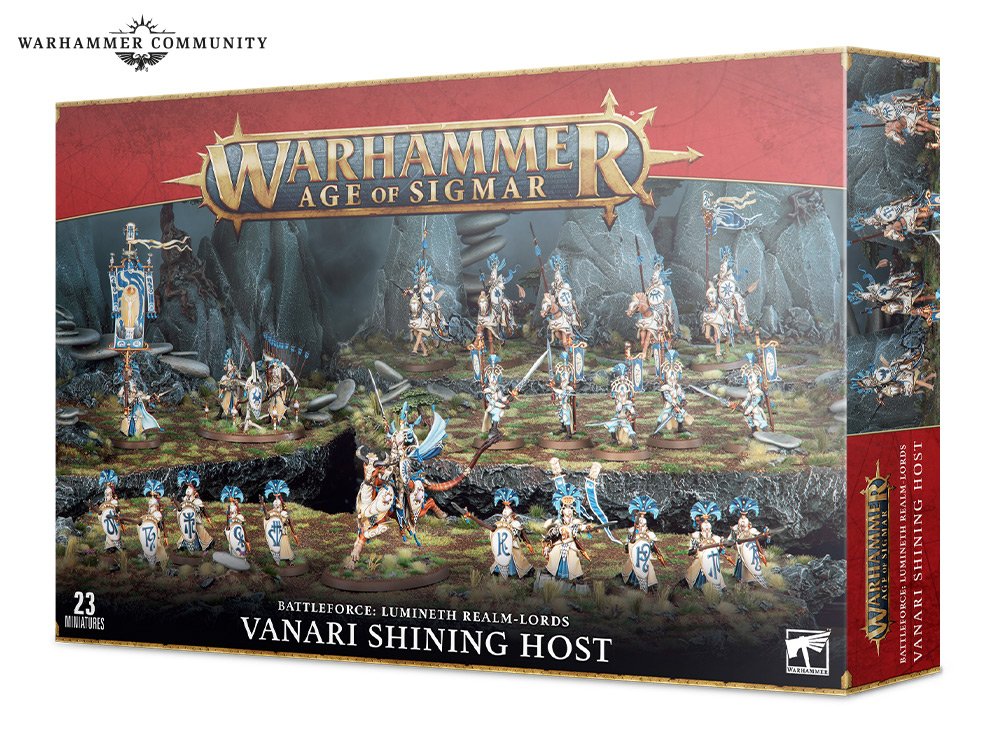 The Lumineth Realm-Lords roll out the Vanari Shining Host as well, with archers, cavalry, and of course, a staunch line of spears to hold the enemy at bay. 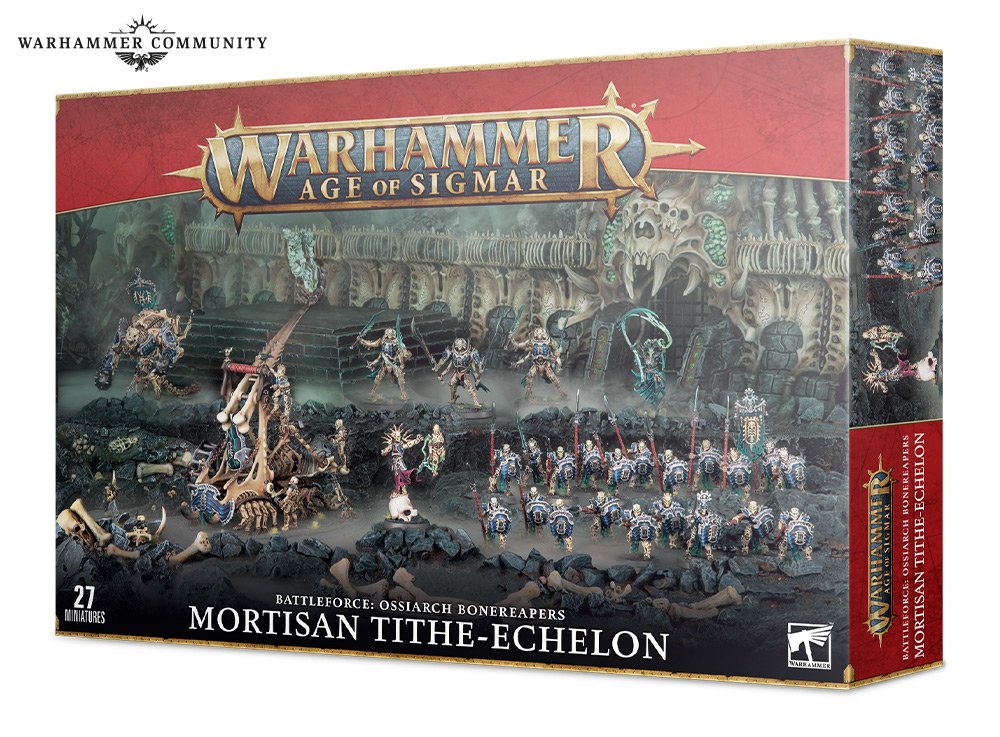 Finally the Mortisan Tithe-Echelon will collect your bones and use them to make more bones. You get Mortek Guard, a Mortek Crawler, and enough bones to satisfy any doctor. 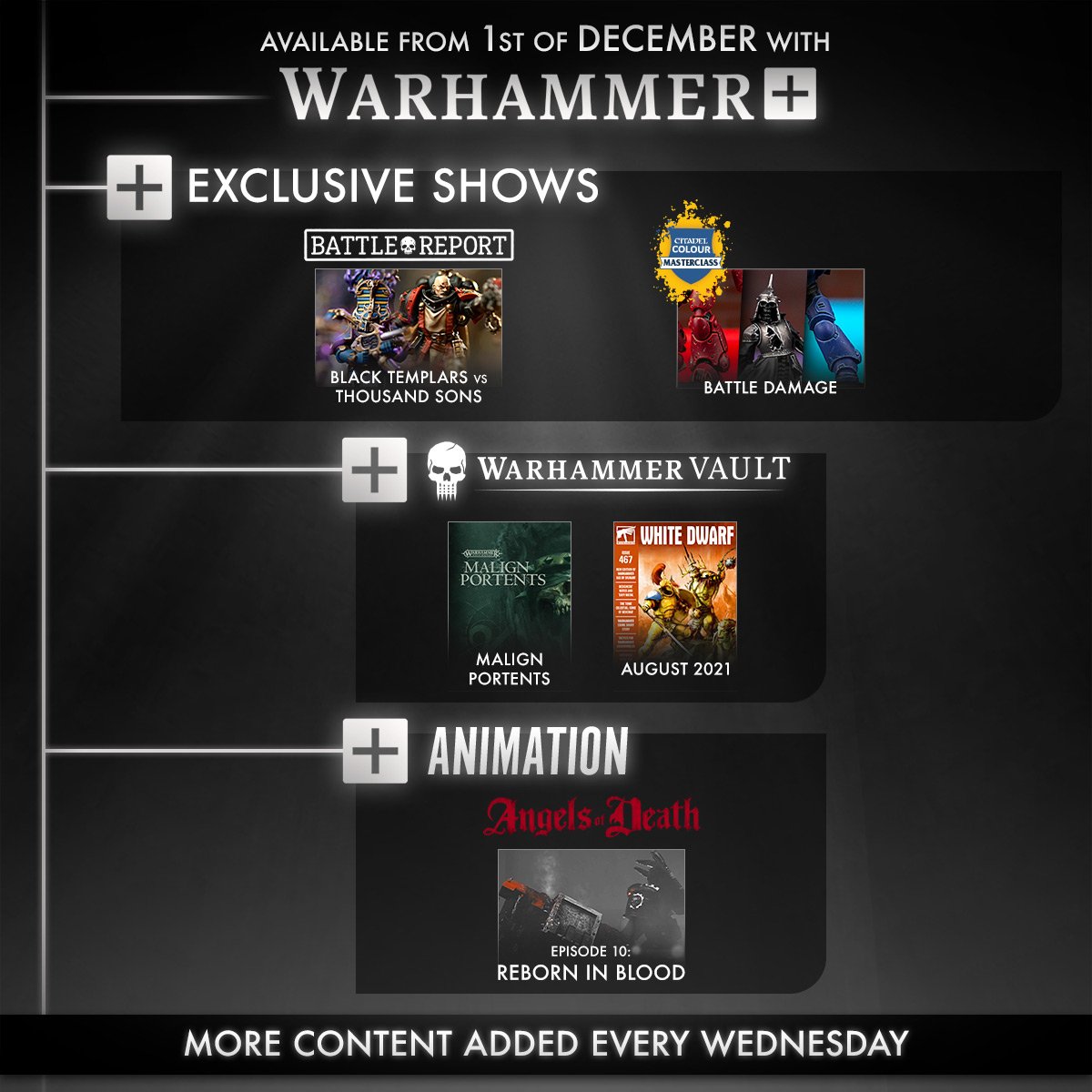 What can you do while you wait for these boxes? Be sure and check out what’s next on Warhammer+, this week it’s the Black Templars vs. Thousand Sons, a look back at Malign Portents, and Episode 10 of the new Angels of Death series.