D&D: Strixhaven’s Dragon Founders– An Exciting Sign Of The Times 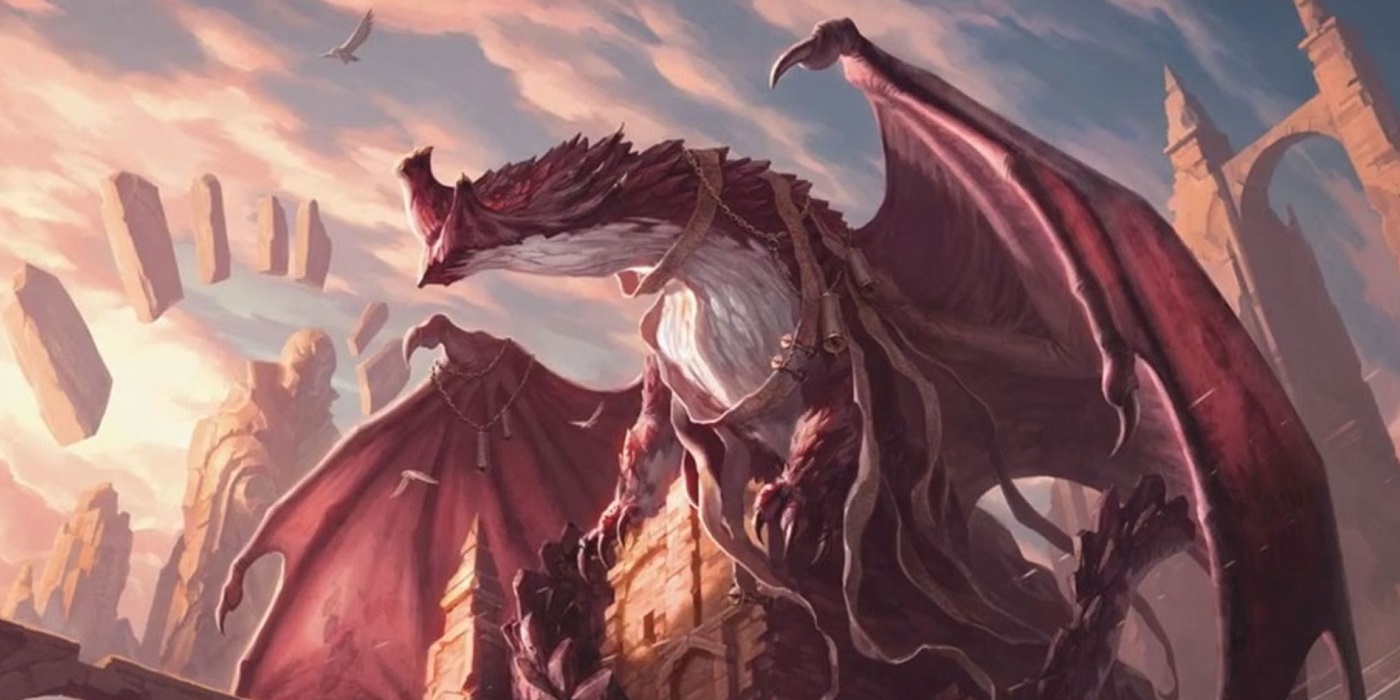 In Strixhaven, dragons are the founders of the magical school– and if they’re a sign of things to come, D&D will be looking pretty magical.

Dragons are an important part of D&D–after all, they’re right there after the ampersand. Without them, all you’d have is Dungeons &. Which is a wildly different game.

That said, dragons are in an interesting place right now. As they were printed in the Monster Manual, many dragons are a bit lackluster. That’s mostly due to 5th Edition, which wants you to fight more than one enemy at a time. 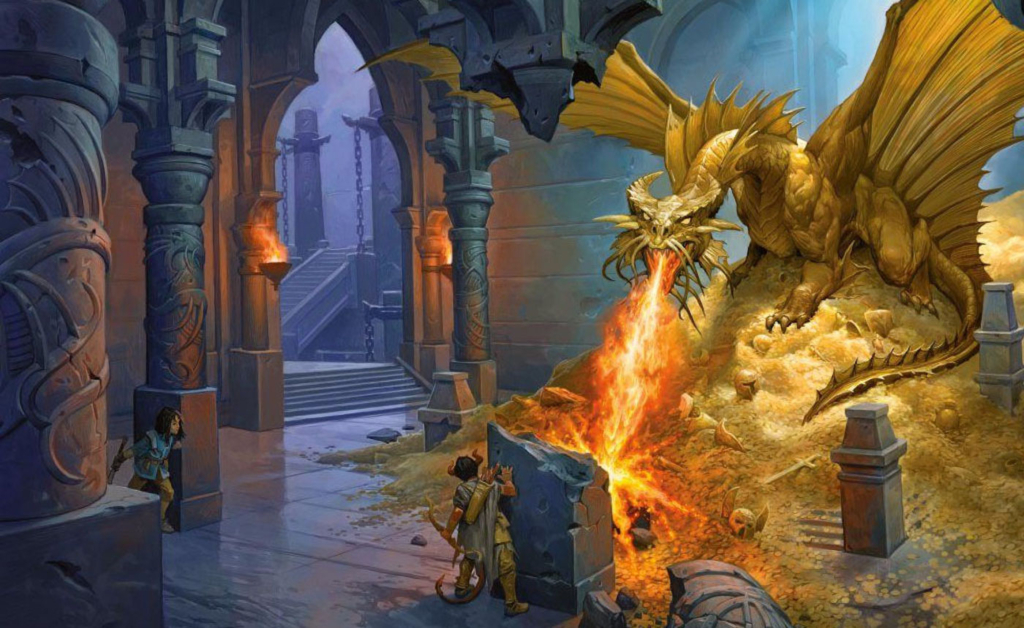 Dragons are rich in terms of lore and personality. The latest compendium of monsters, Fizban’s Treasury of Dragons, breathes new life into these scaly friends.

But they often fall a bit flat when it comes to combat. Say you’re fighting an ancient red wyrm or a copper dragon wyrmling. Up until real recently, the encounters could often be a bit same-y.

Frightful presence, big splashes of energy damage, and then the same old claw-claw-bite routine. If you’re lucky you get a tail slap or a wing buffet thrown in for good measure. 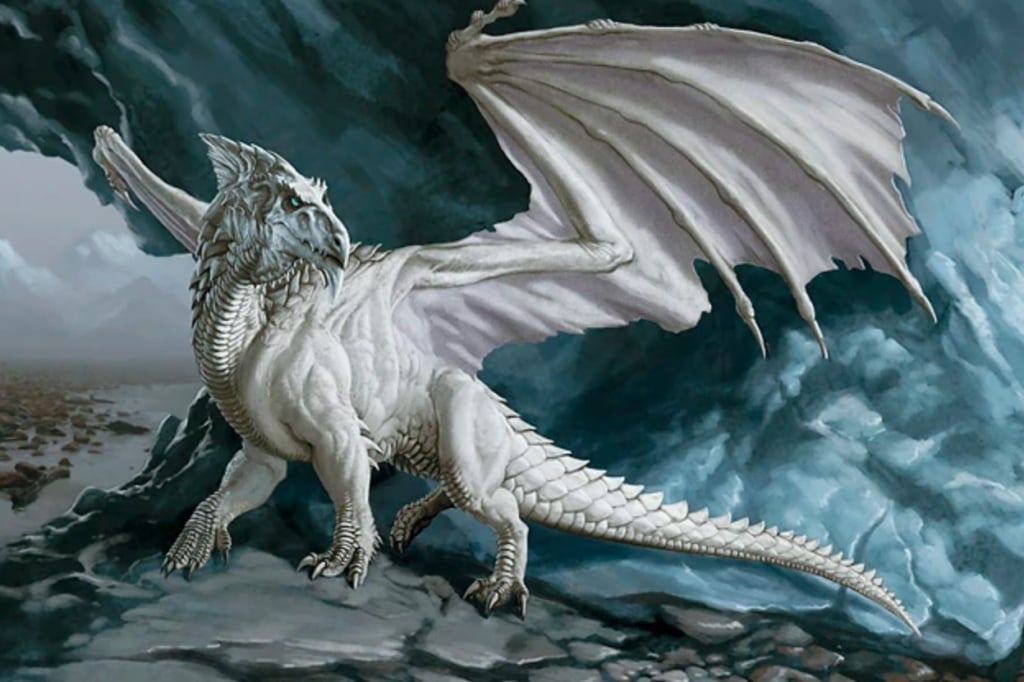 A lot of what makes a dragon encounter exciting depends on the DM playing them cleverly. But, as you can see time and again, dragons are at their best when they’re the biggest and baddest things around.

Against a party that’s even remotely close to them in power level, they lose every time. A big part of that is the “action economy” of 5th Edition. One monster loses almost every time unless they heavily outweigh the party in terms of power.

Quantity is among the greatest quality in D&D. But if we look at the way both Fizban’s and Strixhaven: Curriculum of Chaos present their unique dragons, we see some intriguing developments.

And they could prove promising for the 2024 “new evolution” of D&D’s core rules. 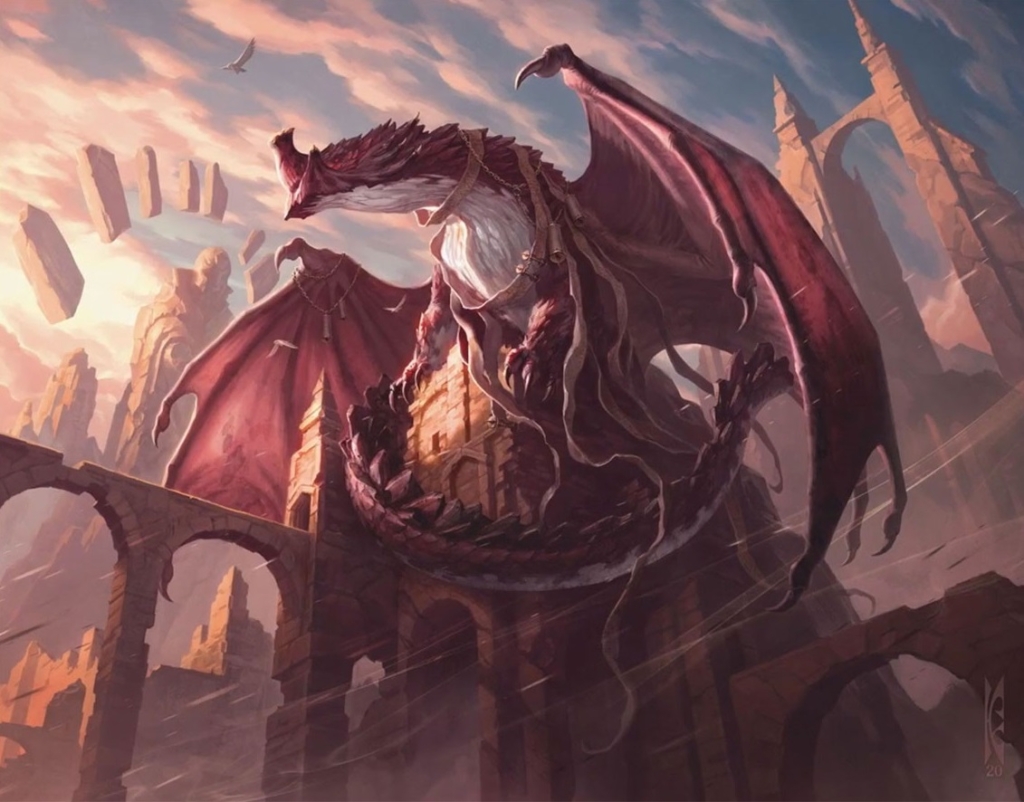 This is Velomachus Lorehold, founder of Lorehold college and master of temporal magics. Now check out her stats: 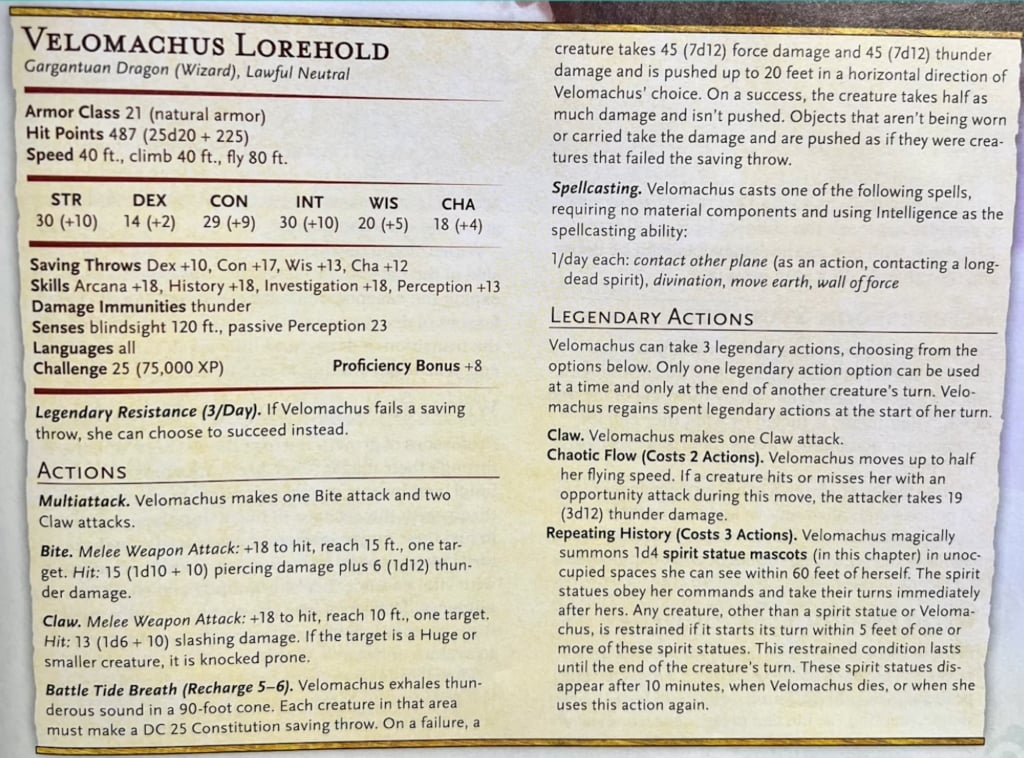 There’s so much here.

The big hopeful improvements are the new type of Breath Weapon. It uses two different kinds of elemental damage, reducing the likelihood that a party will resist everything.

But it also carries a rider effect with it. In this case, creatures are pushed if they fail their saves.

But what really makes her exciting is her suite of legendary actions. There’s a move action that helps keep the dragon mobile. This one is interesting because it gives players a choice of whether to attack her and take damage or let her go.

The repeating history action, though, is where all the money is. Here’s WotC giving dragons the ability to summon creatures as part of their expected stat blocks. That’s huge.

The other dragons have similar abilities– legendary actions that let them summon 1d4 mascots (new creatures introduced in the book). But that principle gives them a huge leg up in terms of a fight. Especially if they already have other creatures they’re fighting with.

Dragons should feel like a big epic challenge. And in Strixhaven, we get a glimpse of how they might live up to that in the future.