Let’s Play D&D With Krampus And The Grinch 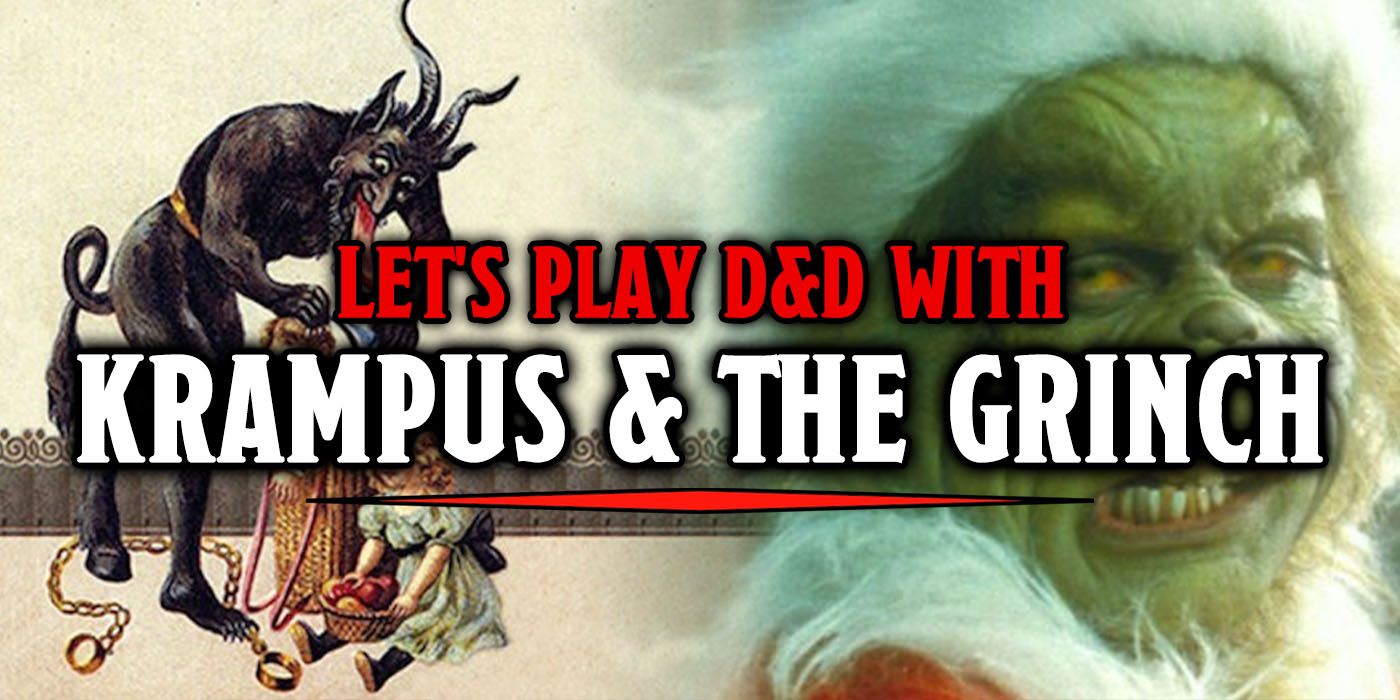 I know, I wouldn’t want to play D&D with them either. But since it’s the giving season, let’s try and invite Krampus and the Grinch to the table.

It’s weird to think that there are specifically Christmas-themed monsters in our popular zeitgeist already, but there are. And I think they could be very fun to add to your next wintertime D&D session. 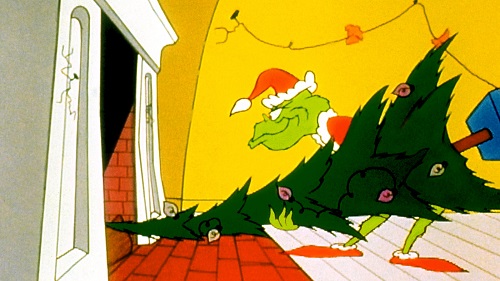 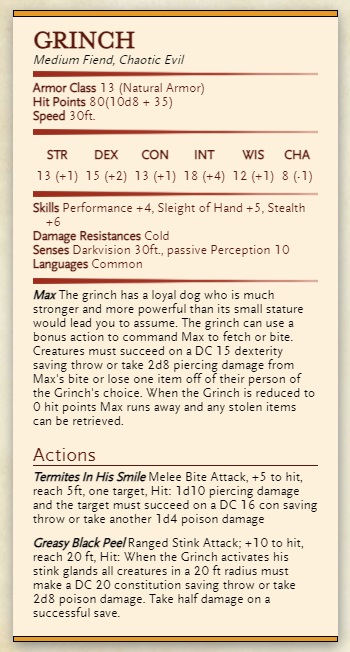 He’s not particularly charismatic, but he’s a holiday-stealing mastermind. There are a few cartoonish things about the Grinch that I wanted to add to his monster sheet.

For example, Max in every incarnation of the Grinch is a very good boy. But a more monstrous D&D Grinch gets a more monstrous dog. Max can help him attack the Whos down in Whoville and steal all of your Christmas presents (or magical items).

I’ll admit, Bite was a bit of a copout since we don’t really see the Grinch doing much biting– but he’s got those gross yellow chompers so let’s let him use them.

He’s also a famously smelly character, and I wanted there to be a way for him to weaponize that stench. Will this version of the Grinch be able to be charmed by a little kid and turn his whole life around? Who knows. That is up to your rhyming DM. 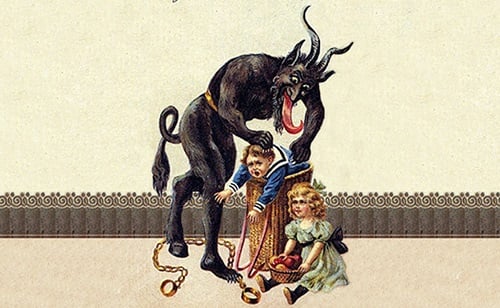 Krampus as a concept is objectively wild. But it also makes for a fantastic and very easily translatable D&D monster.

I thought of Krampus as the monster you fight closer to the end of the adventure after you’ve already defeated the Grinch. He’s a little tougher and has legendary actions.

Krampus has some iconic tools for your D&D encounter, including bell chains and a birch switch, previously for hitting bad kids, but now for hitting your character. I’m pretty sure the chains were previously also striking tools, but he already has the birch switch. So I leaned into the ‘bell’ part of the bell chain. In the end, I gave this weapon a magical angle. 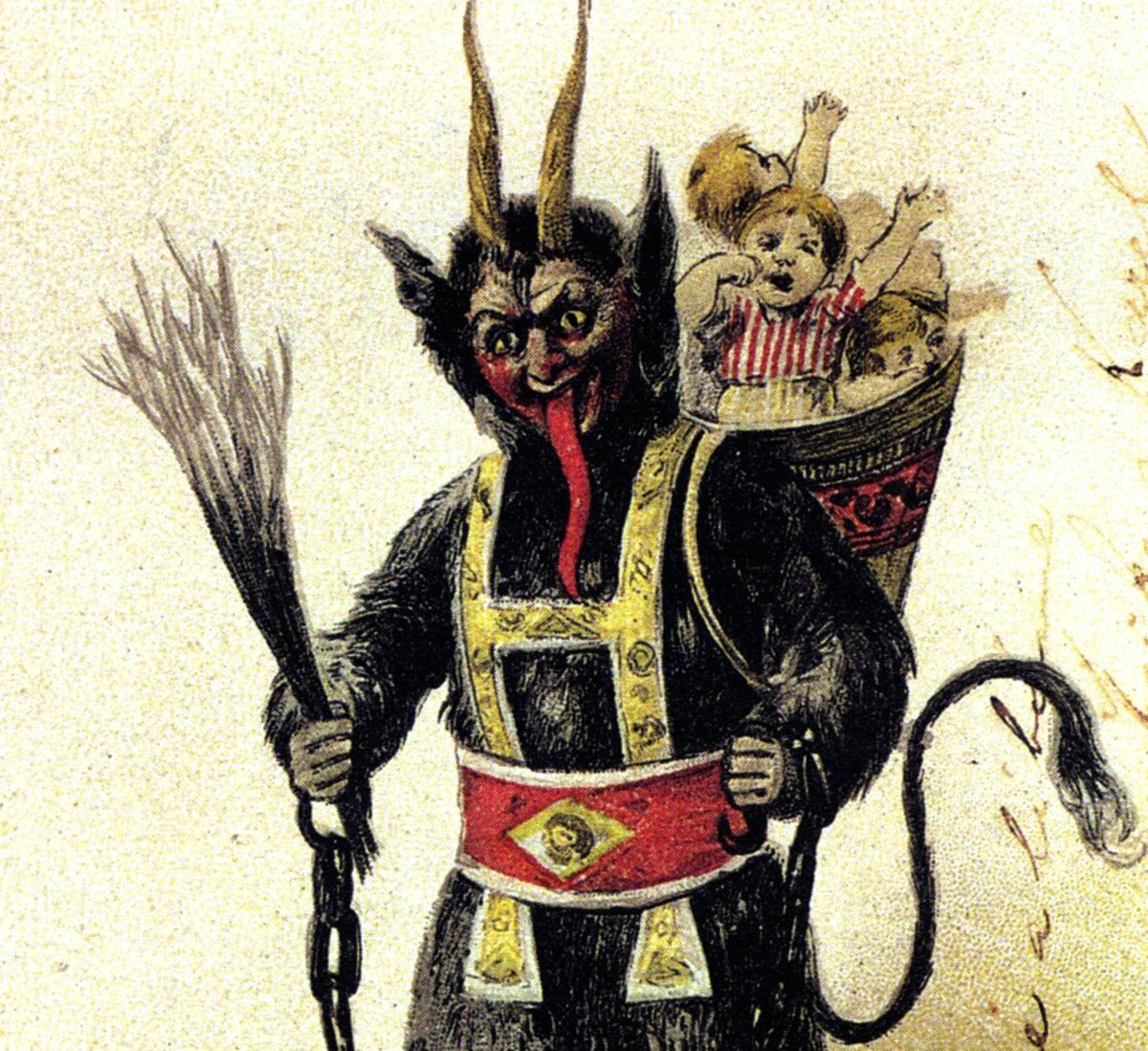 And of course, there is the Krampus’ awful sack for taking away the bad boys and girls. Only now it may hold a few adventurers as well. I didn’t want it to be impossible to escape from but thought that a low DC wouldn’t lend itself to high stakes.

Finally, I think one of the scariest parts of a monster like this is that it can follow you forever. Krampus’ naughty list and teleportation allow it to know where its naughty target will be– making it impossible to escape.

How would you make these monsters for Dungeons and Dragons? Do you think my version of the Grinch could be reformed by Cindy Lou Who? How would you take Krampus on in a D&D session? Let us know in the comments!