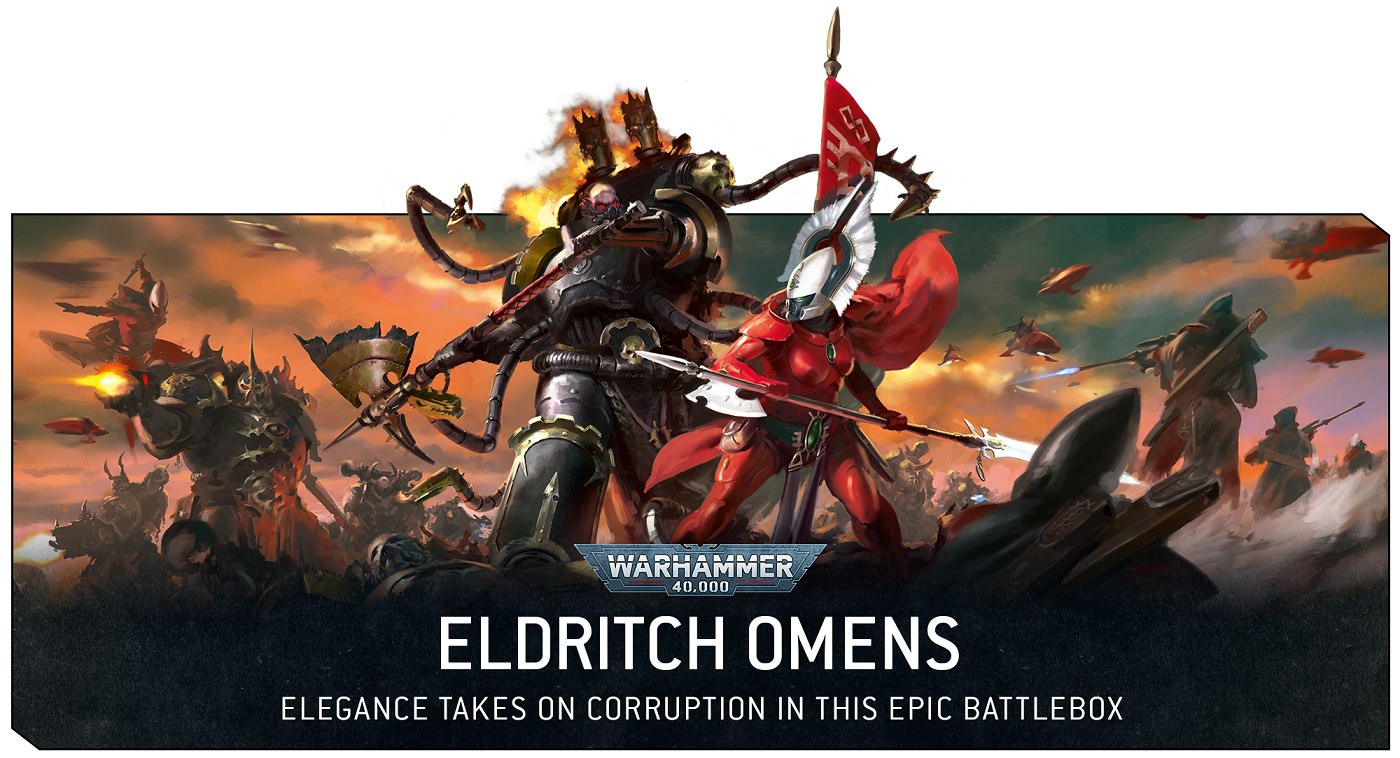 Eldritch Omens pits Asuryani vs. Chaos in a battle of portents and a brand new battlebox. Come learn the terrible secret of space.

The Advent Engine has succumbed to Chaos–a gruesome reminder that the end of the holidays means a return to the soul-destroying grind of daily life. Unless, of course, you’re lucky enough to be either corrupted by Chaos, or one of the Aeldari whose nigh-immortal space lives are full of either delight or ennui.

Conveniently enough, both of these forces feature in Eldritch Omens, the newest battlebox. Due out next year, Eldritch Omens sets Chaos Space Marines against the Asuryani. Featuring 16 miniatures (15 of which are new), Eldritch Omens will take the battle to Daethe, a planet in the war-torn Nachmund sector.

But all that really matters is what’s in the box, isn’t that right Brad Pitt? 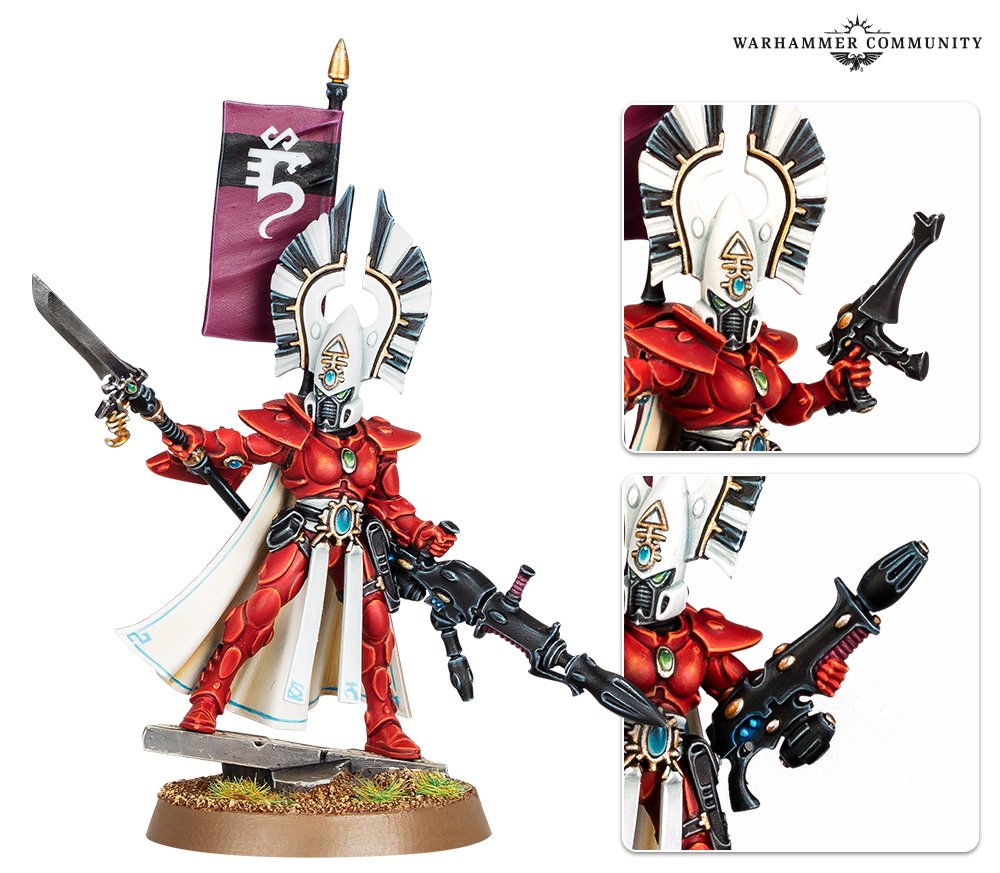 First up, Autarch Ghaelyn herself, looking absolutely stylish. Her kit features three head options, two torso variants, and a variety of weapons. You can build an Autarch with either star glaive or scorpion chainsword, and a variety of ranged weapons. All of which are cross-compatible with your other Autarch models. 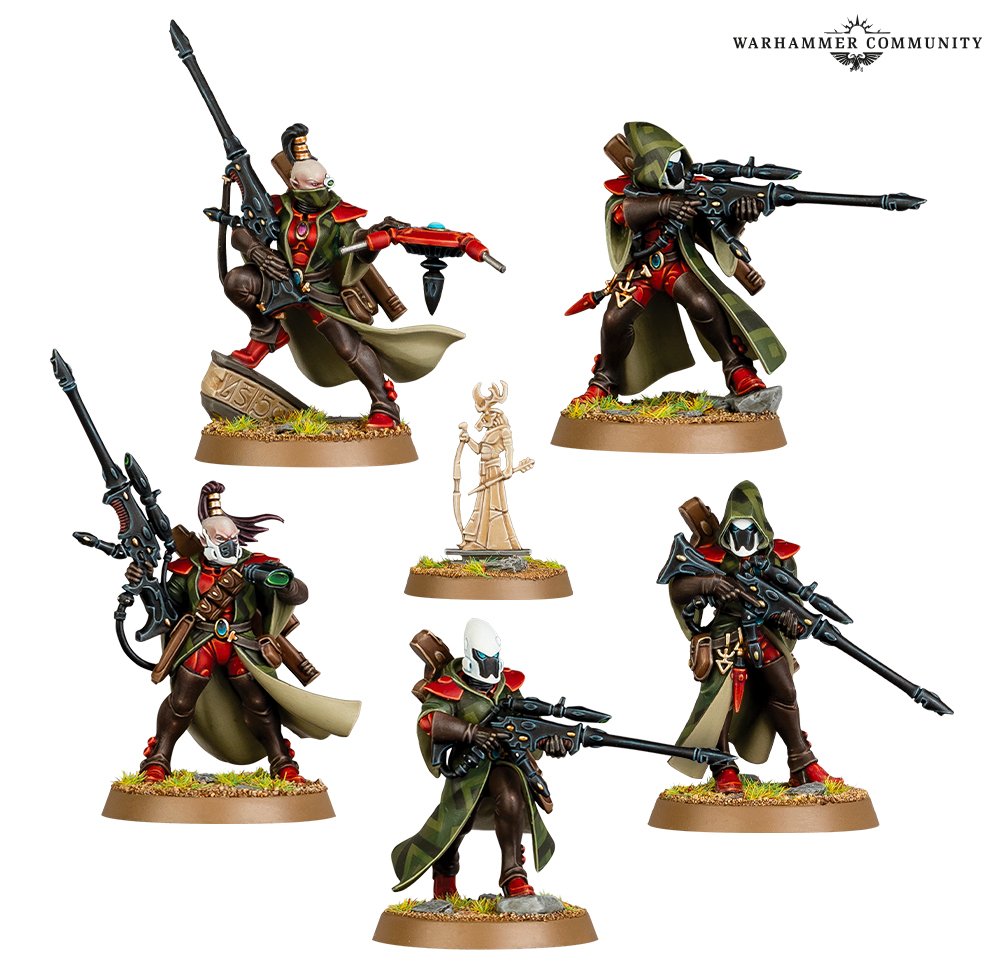 With long rifles and cameleoline cloaks, these Rangers will do all the old ranger-y things with style. You also get a new Shroud Runner–a Raptor jetbike retrofitted for a crew of two. 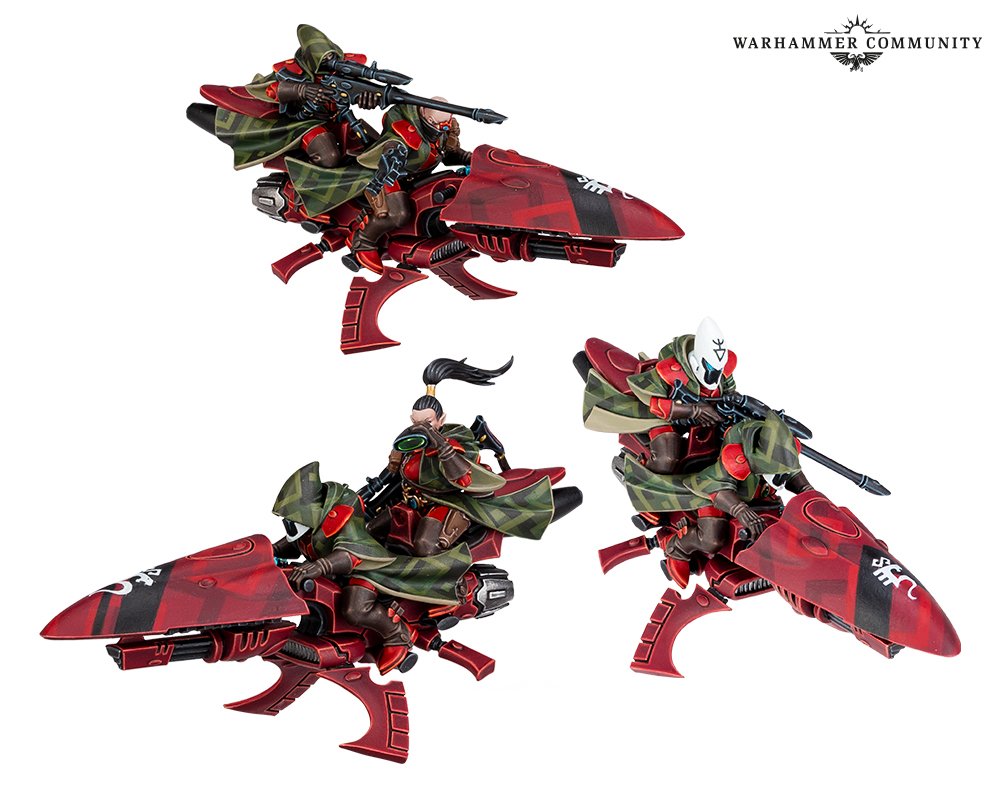 These Fast Attack units are both fast and long-range thanks to their sniper rifles. But let’s look at Chaos’ new toys: 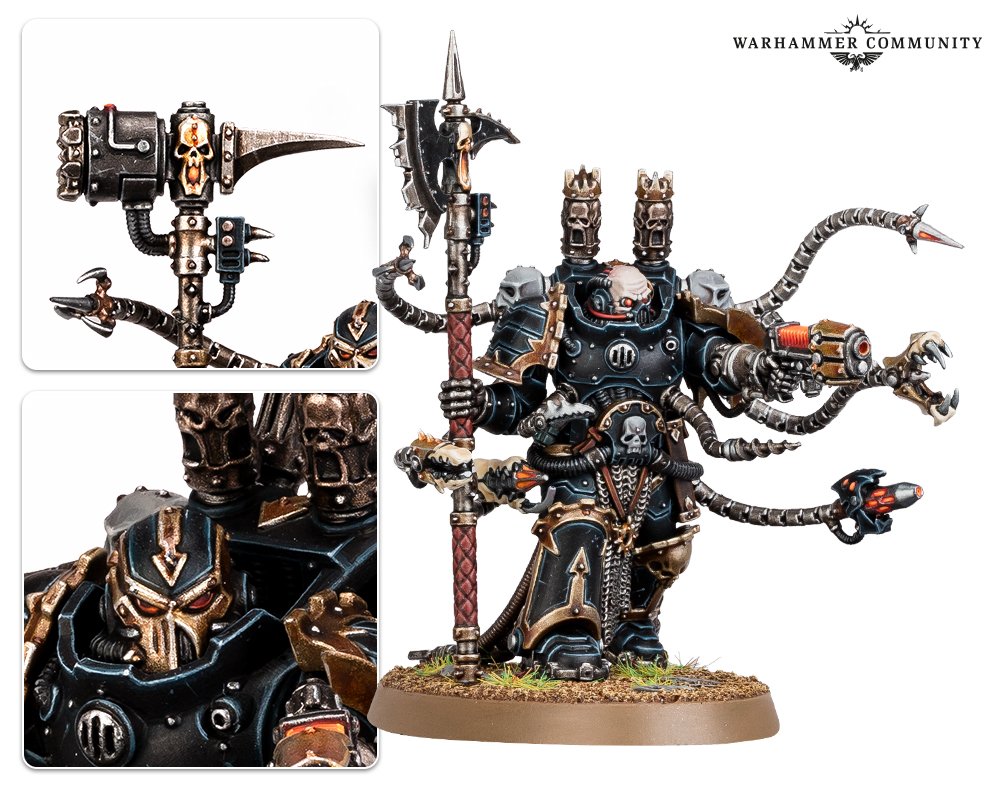 First up, a brand new look for the old Warpsmith model. Bristling with tentacles, this is the augmetically enhanced model teased in the Advent Engine. What’s that you say? He needs a host to accompany him? How about five new Chaos Chosen. 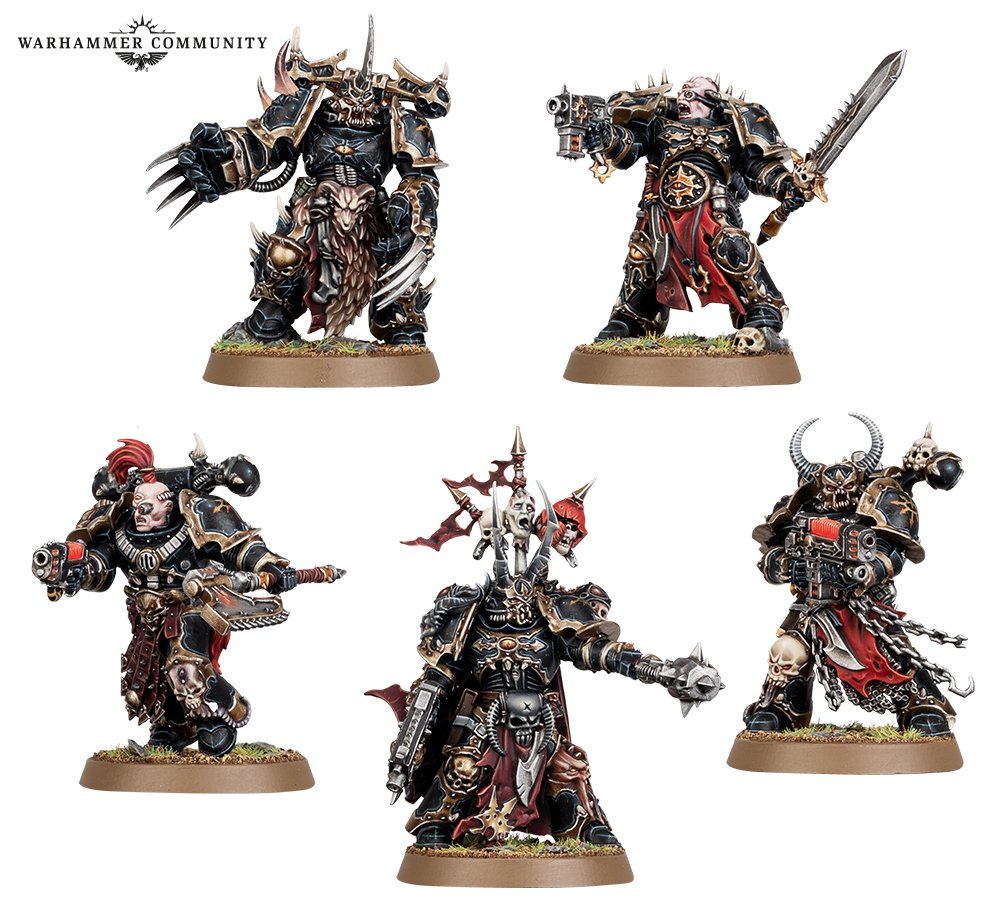 With a variety of new combi-weapons, blades, powerfists, claws, and pistols, this squad is devastating without being devastators. 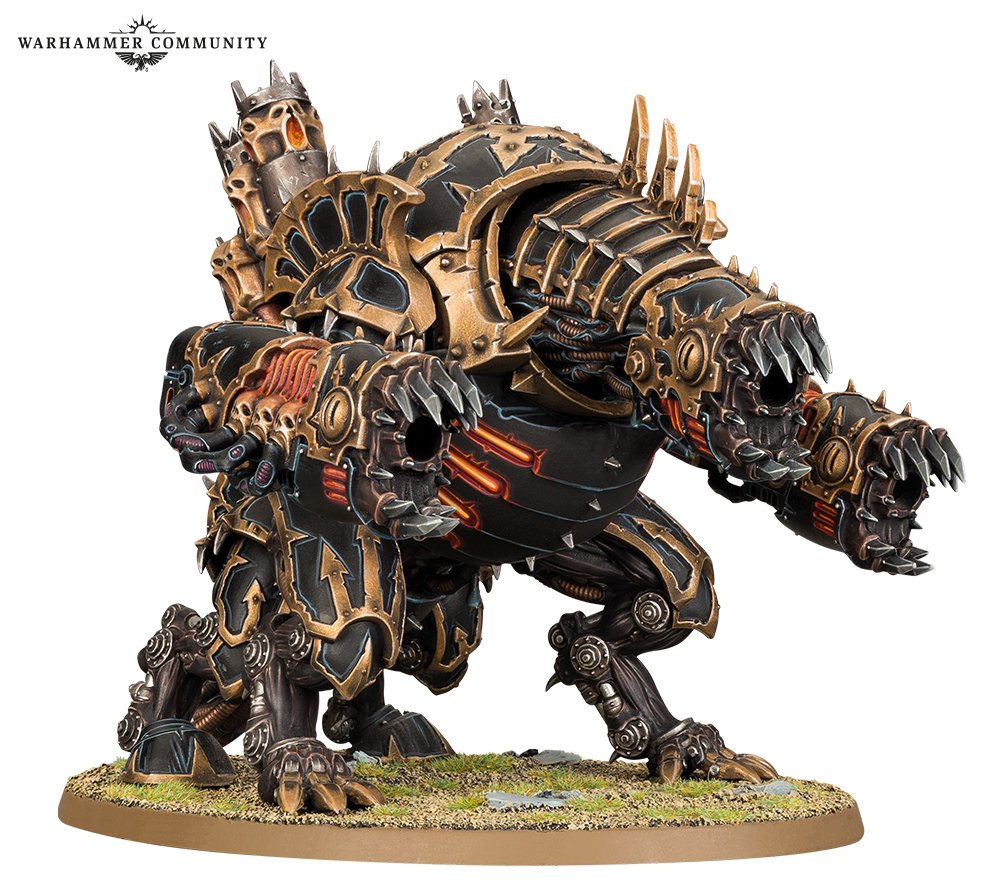 And of course, a Forgefiend. Who doesn’t need a daemon engine running rampant? All of this is coming out soon! 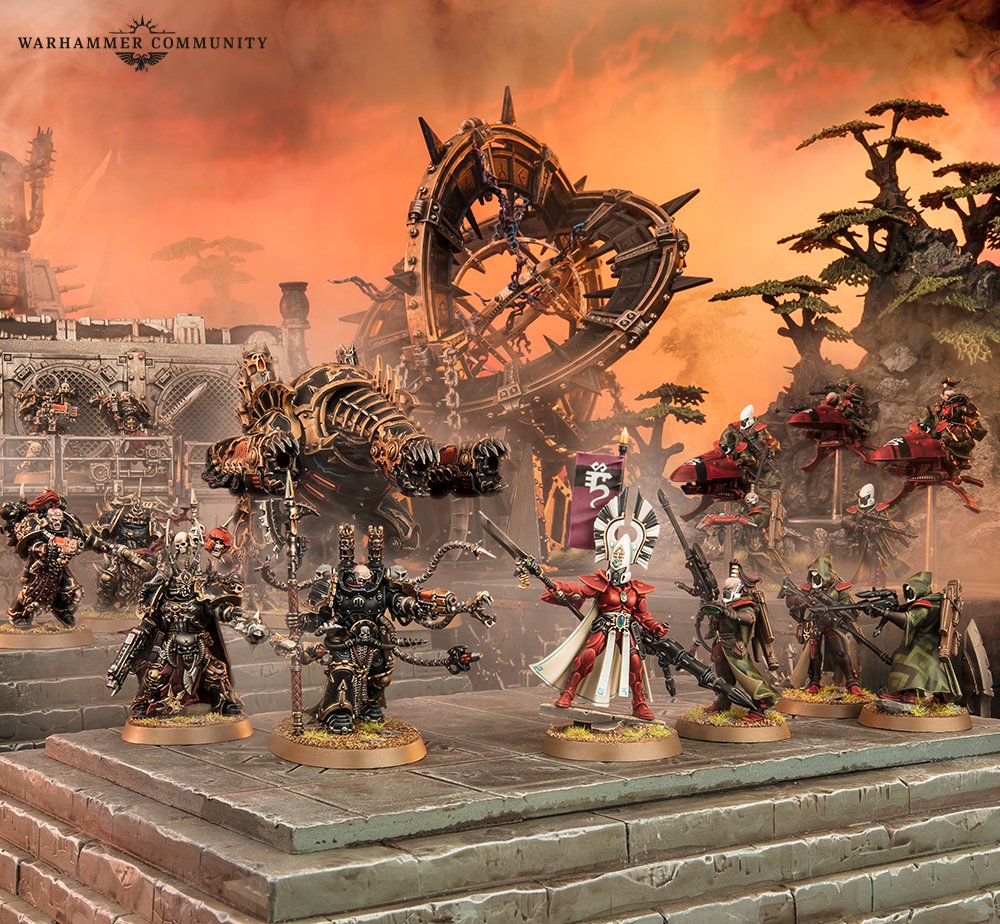 What do you think of the new kit? Let us know in the comments!

Warhammer 40K: The Many Wings Of The Dark Angels 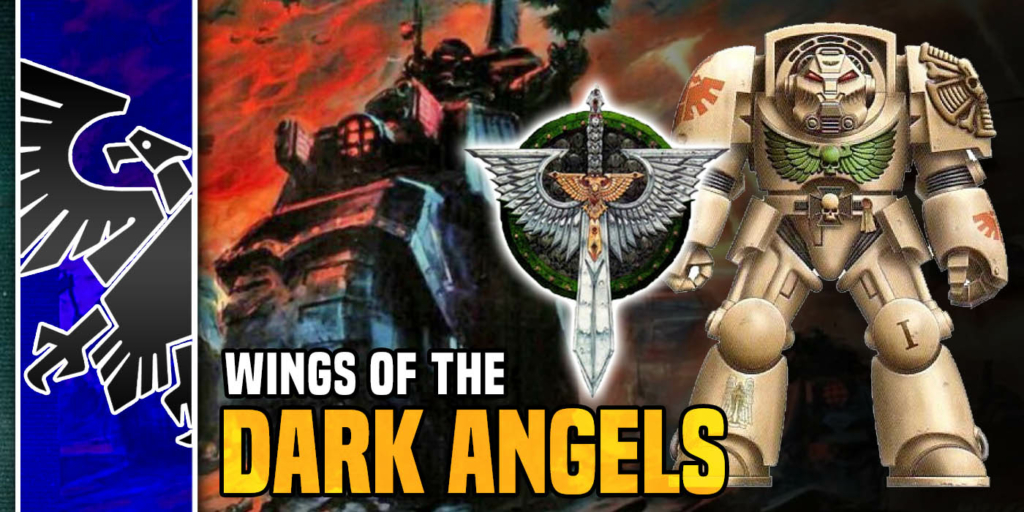