Who is Wilson Fisk, Marvel’s Kingpin 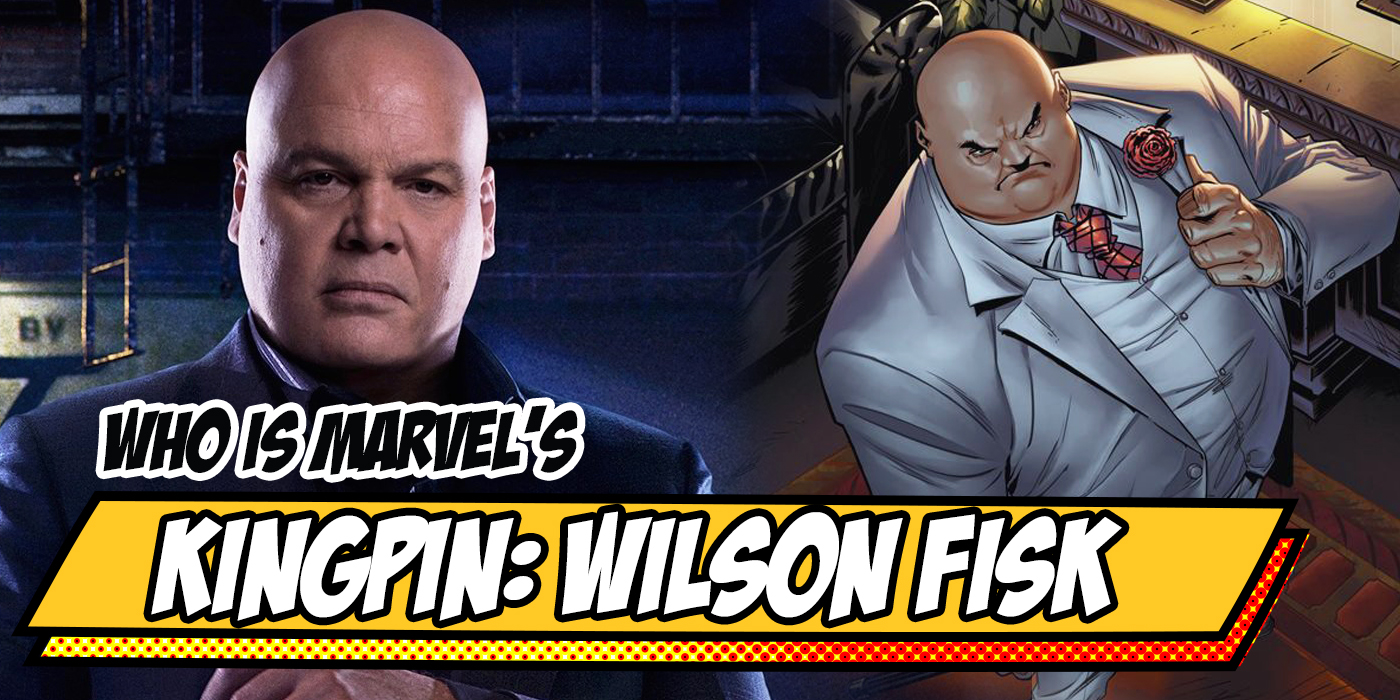 Between No Way Home rumors and the Hawkeye series, fans are eager to see Wilson Fisk join the greater MCU. But who is Marvel’s Kingpin?

Wilson Fisk’s character stole the show in Daredevil season 1. He also served as the main villain in Into the Spider-Verse and has a long-standing history as a Marvel villain you do not want to tango with. But who is he? And how did he rise to the top of New York’s criminal underworld?

Fisk was obsessed with body building as a child. After years of training, Kingpin exhibits peak human strength. He’s also a proficient martial artist, having studied abroad for many years.

Kingpin is also multilingual and self-taught. He prides himself on his intelligence, and is exceptionally determined when accomplishing his goals. 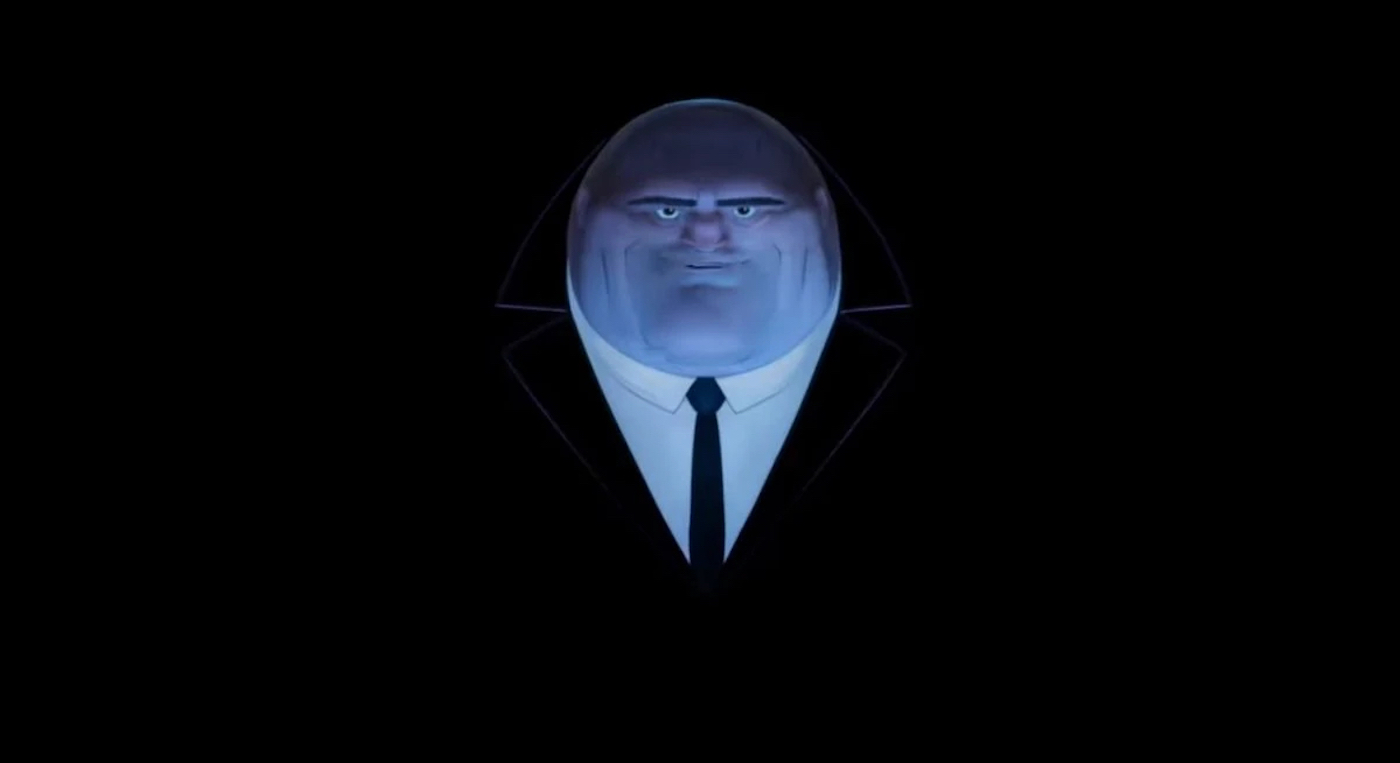 Who is Wilson Fisk?

In the comics, Kingpin’s early life wasn’t extremely detailed. He grew up poor, and his father was a drug addict.

Wilson began training and bodybuilding at a young age, eventually studying the art of Japanese sumo. He also placed great value in intelligence, teaching himself anything he could by reading.

At just 15 years old, he was given the nickname “Kingpin of Crime”, merging gangs under his power. As he was quickly taking over the organized crime scene, Wilson had his first tangles with the superhero Spider-Man.

Fisk briefly stepped away from a life of crime when his wife, Vanessa, expressed a desire for him to leave it behind and help her raise their son. But in an attempt to lure him back into crime, one of his own enforcers kidnapped his wife Vanessa. And it worked.

Fisk has since served as a formidable opponent to some of Marvel’s biggest hero names. Panels have seen him tangle with Daredevil, the X-men, the Runaways, and Shang-Chi. After having her father murdered, Fisk adopted the young Maya Lopez, and the two worked together until she discovered his deceit.

Long before the greater MCU was exploring the grey area between good and evil, Netflix viewers were falling in love with Vincent D’onofrio as Daredevil‘s Wilson Fisk. An intimidating and strong man, the character is also portrayed as vulnerable, traumatized, and deeply thoughtful. Due to his routines and mental processes, some viewers with Autism saw themselves reflected in the character as well. 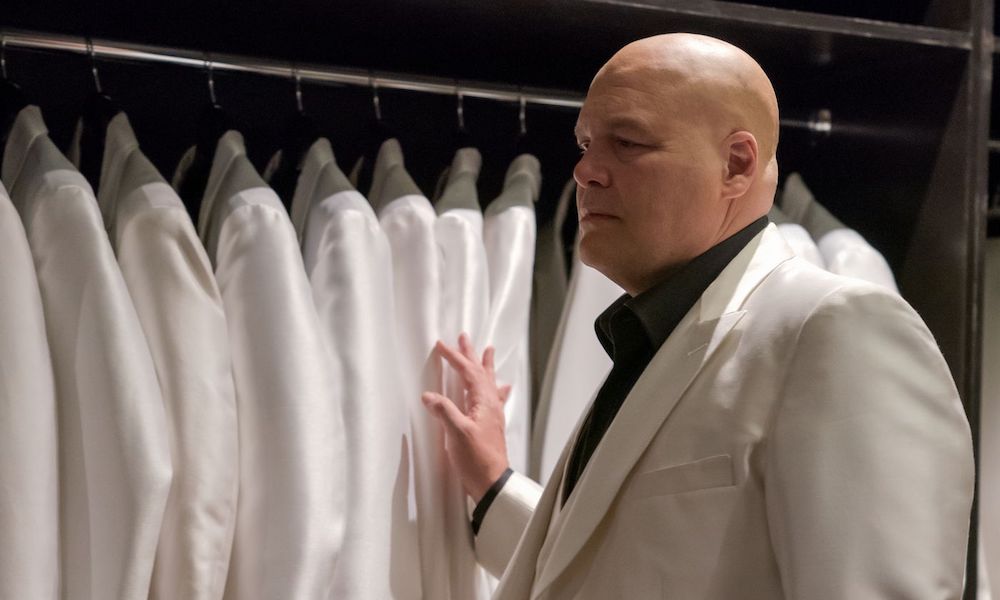 In the show, Fisk is born to a loving mother and an aggressively criminal father. At a very young age, his father forced to assault his bully, believing his son was ‘soft’ and that it would make Wilson strong.

Wilson’s father Bill was deep in debt to local crime families. Crushed under the pressure of his debts, he started drinking and beating Wilson’s mother. One night, Wilson grabbed a hammer and killed his father as he attacked Wilson’s mother. She helped him cover up the murder, figuring mobsters would be blamed.

Fisk inherited his father’s cufflinks, which he famously continued to wear in the show. 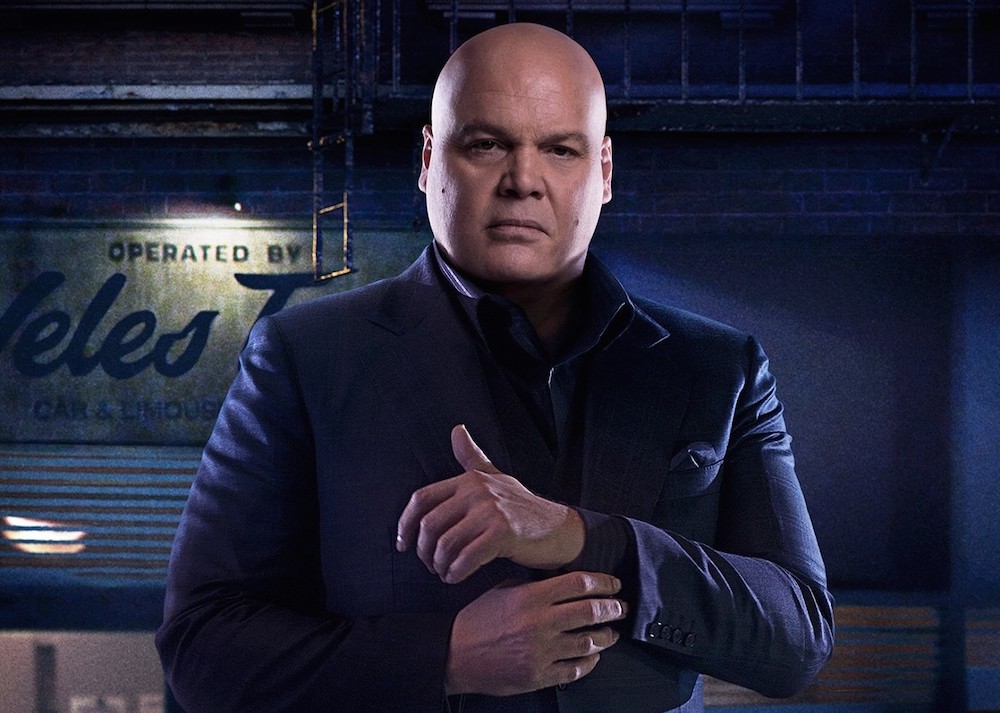 The Rise of Kingpin

As a young adult, Fisk moved to Asia and spent time abroad. He eventually returned to New York and began his mission to take control of the city’s crime scene.

In 2012 after the Battle of New York, Fisk saw his opportunity to rebuild the city. He founded Union Allied Construction, the company Matt Murdoch and his crew end up investigating.

Fisk’s calm and thoughtful demeanor was harshly contrasted by his outbursts of emotional violence. When this upsets the balance of crime organizations in New York,  this meticulous man starts to lose control.

Eventually, Fisk’s role in NYC’s organized crime imploded, and he landed in jail. But of course, the Kingpin of crime worked his way up to running the prison. While in prison, he meets Frank Castle, facilitating  his escape in the hopes that the Punisher will take ou the crime competition.

Eventually Fisk cut a deal with the FBI in order to get himself out a prison. He was moved to a hotel to serve out his sentence as an informant. From there, he carefully played his cards in an attempt to regain his freedom, but he was foiled by Daredevil and taken back into custody. 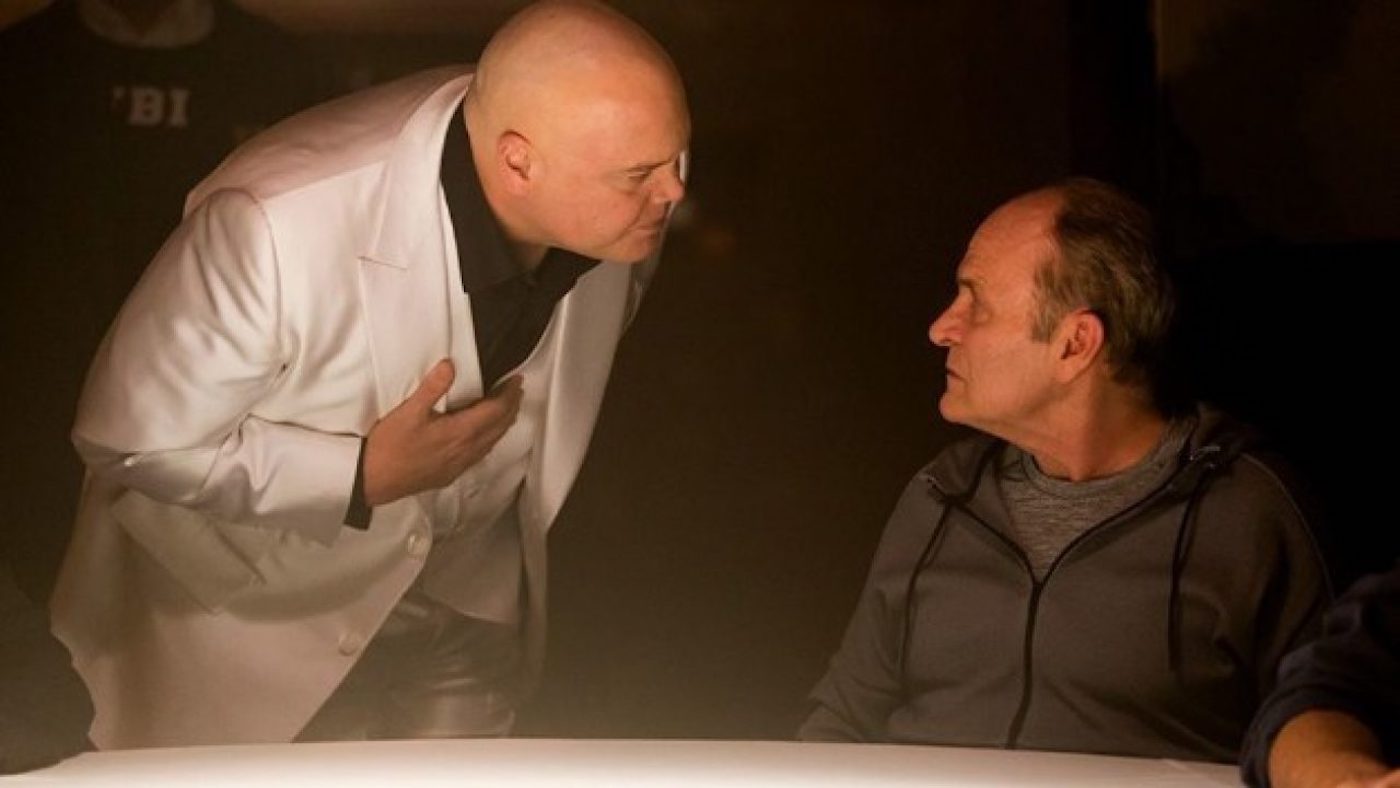 What’s Next for Marvel’s Kingpin?

Various social media posts and interviews have led fans to speculate that D’onofrio’s Kingpin will finally unlock the door between the Marvel Netflix universe and the greater MCU. Rumors suggest that Hawkeye episode 5 will contain a major character reveal, and fans are almost positive the big reveal will center Fisk.

Why? Well, his adopted daughter Maya Lopez has already made her appearance in the series. She and another comic-inspired character named Kazi discuss someone they refer to as “Uncle”. And Maya’s upcoming series has already been confirmed.

Kevin Feige has also recently weighed in on the rumors that Charlie Cox will reprise his role.

You can watch all of Daredevil on Netflix and Hawkeye premieres each Wednesday exclusively on Disney+. 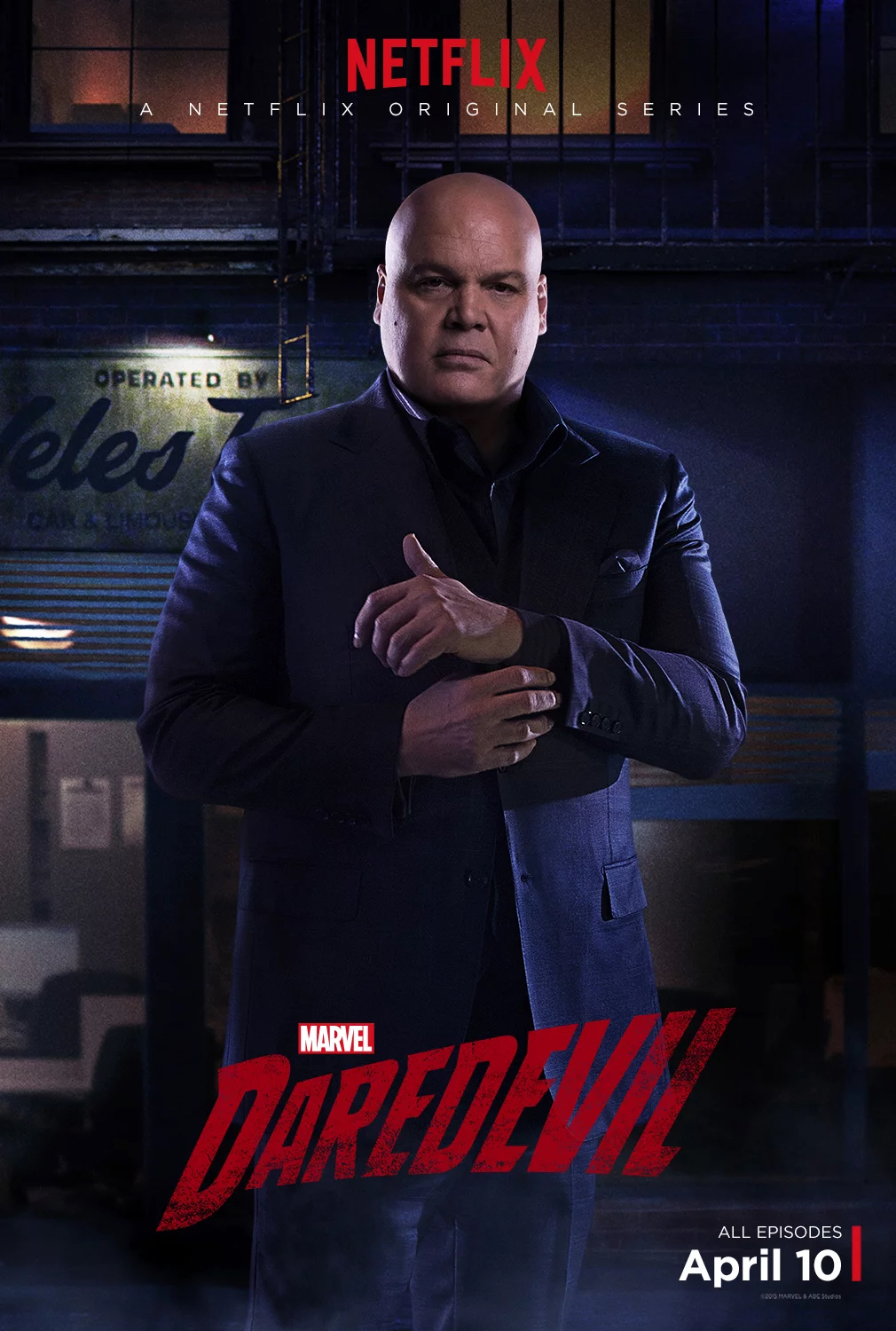