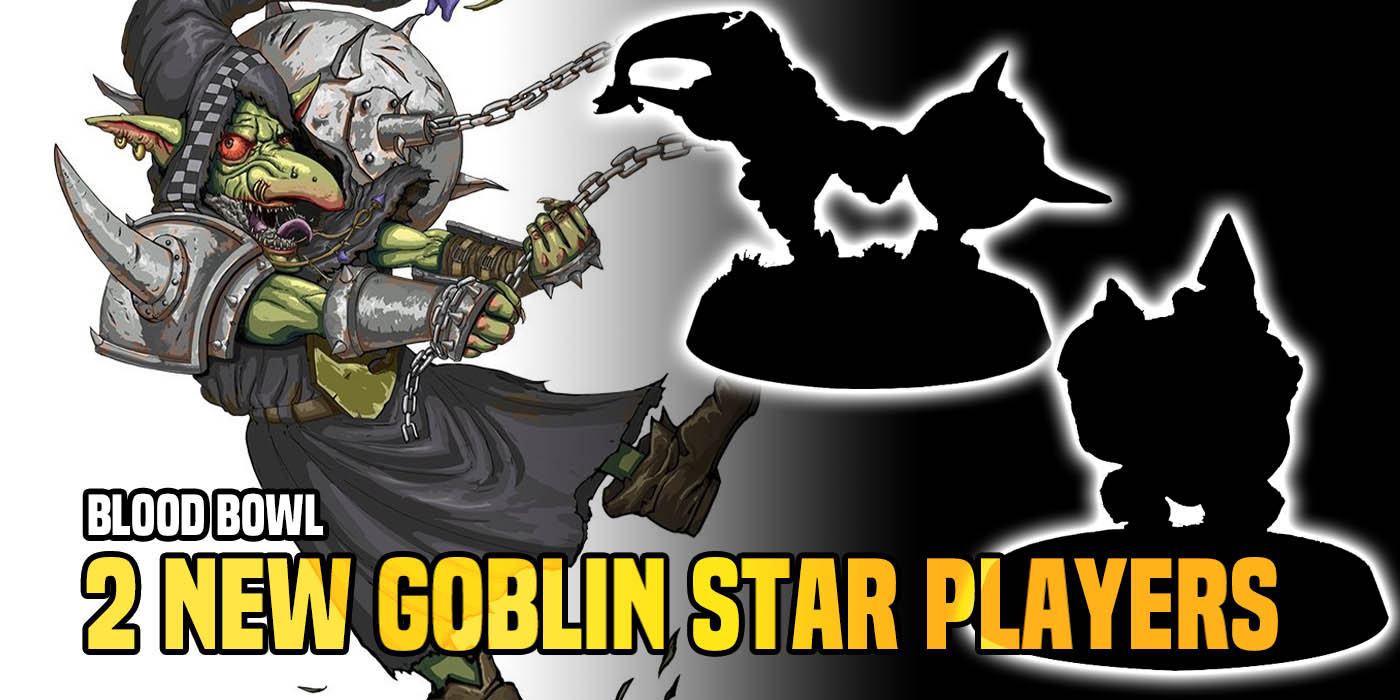 Blood Bowl is getting some more destruction courtesy of two new Goblin Star Players heading to the pitch!

Goblins love to bring dirty tricks with them to the tabletop and Blood Bowl is no exception. If you’re looking for some heavy hitters in small packages, well, these two Goblins just might do the trick!

“Two new Star Players are on their way to tear up the astrogranite with a set of unique skills and their own brand of, ahem, heavy weaponry – it’s Fungus the Loon and Bomber Dribblesnot.” 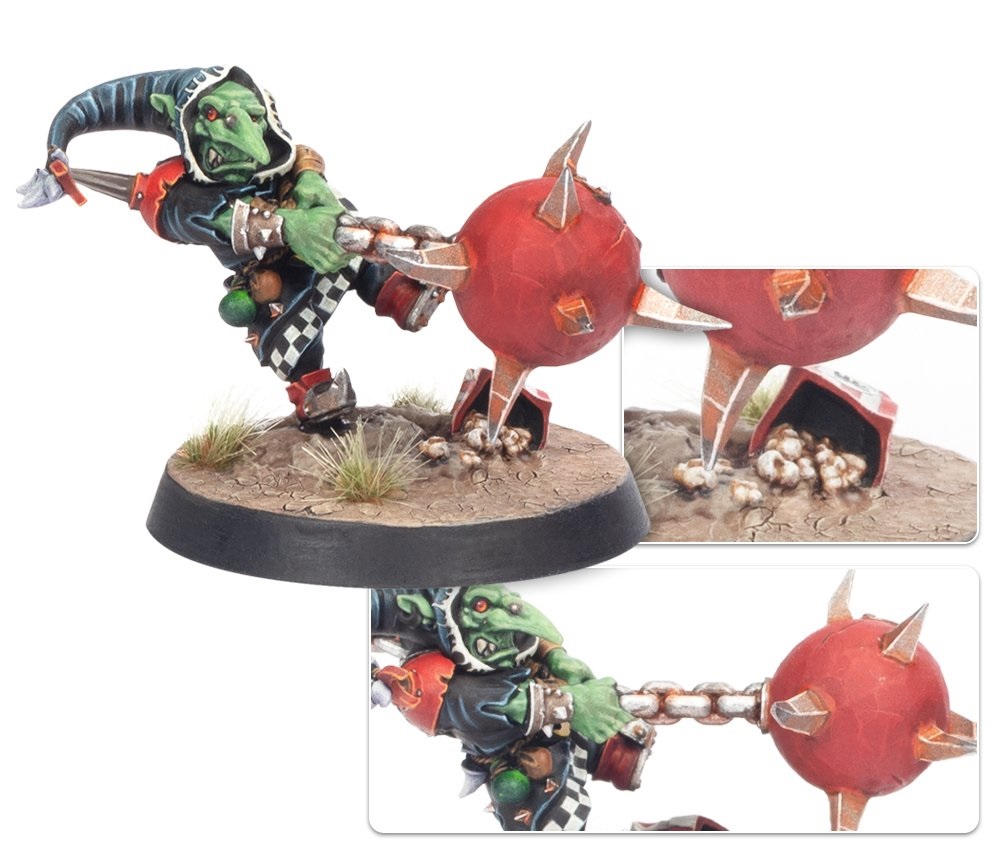 This Goblin brings back the “fanatic” is Blood Bowl Fan. Not only does he bring his own bag of mushrooms with him, he’s also going to spin wildly and smash into whomever is “lucky” enough to be in his way. I’m not kidding — you’ll have a little bit of control over his movements, but good luck to anyone who happens to be in his vicinity. 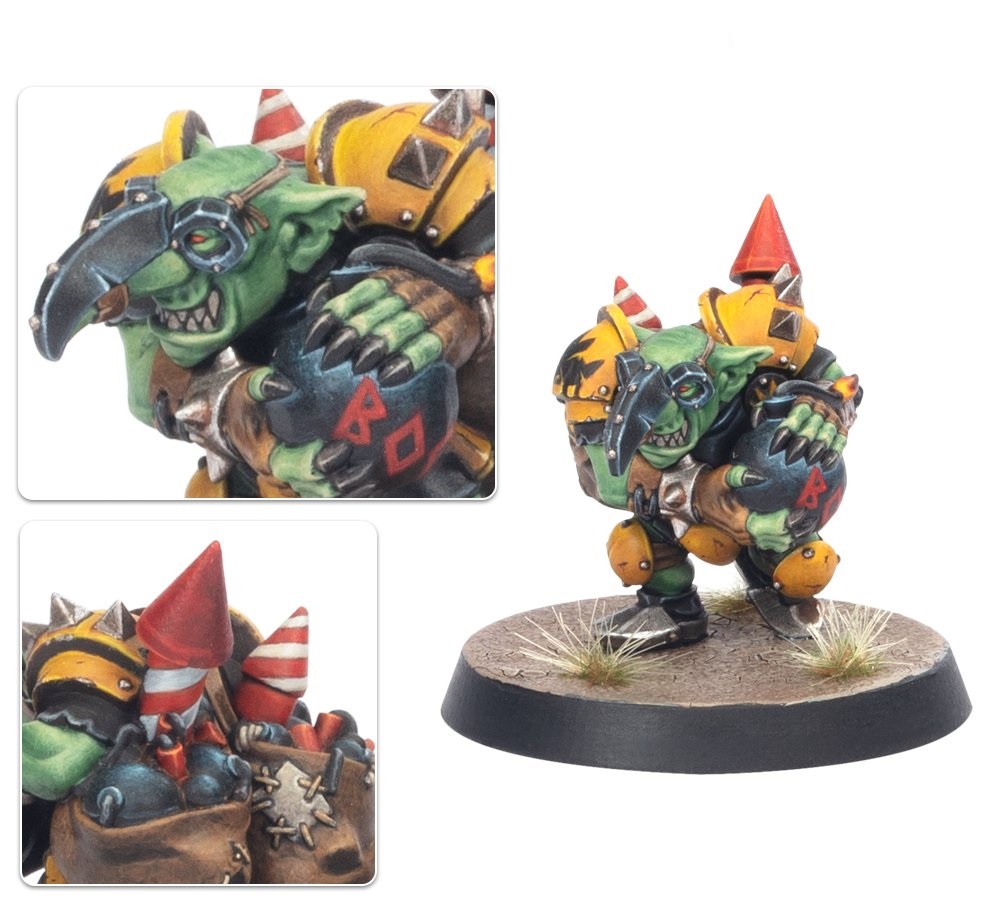 This Goblin was constantly told to blow his nose. Unfortunately that translated to the wrong lessons later in life. Packing an absurd number of explosives with him, Bomber Dribblesnot is going to blow something up.

So who can recruit these Star Players?

“Both players can be signed by any Badlands Brawl or Underworlds Challenge team. So if your Black Orcs, Goblins, Ogres, Orcs, Skaven, or Snotlings need some help, Fungus and Bomber are great for adding a little thump, boom, and splat to your team.”

Enjoy the carnage they bring to the pitch…

Author: Adam Harrison
Writer, Editor, Texas Native, and Austinite for 15+ years, Adam covers all things Tabletop Gaming. Which includes Warhammer 40,000, Age of Sigmar, D&D, Board Games and everything else that involves dice, boards, cards and a table. A hobbyist, player, and collector of miniatures and games, Adam's current obsession are his Death Armies for Age of Sigmar, his Blood Angels and Tyranids for 40k, and his ever growing Arkham Horror: The Card Game Collection.
Advertisement
BloodBowl Board Games Games Workshop Miniatures Warhammer Fantasy
Advertisement

Blood Bowl: All The Teams For Dungeon Bowl Revealed 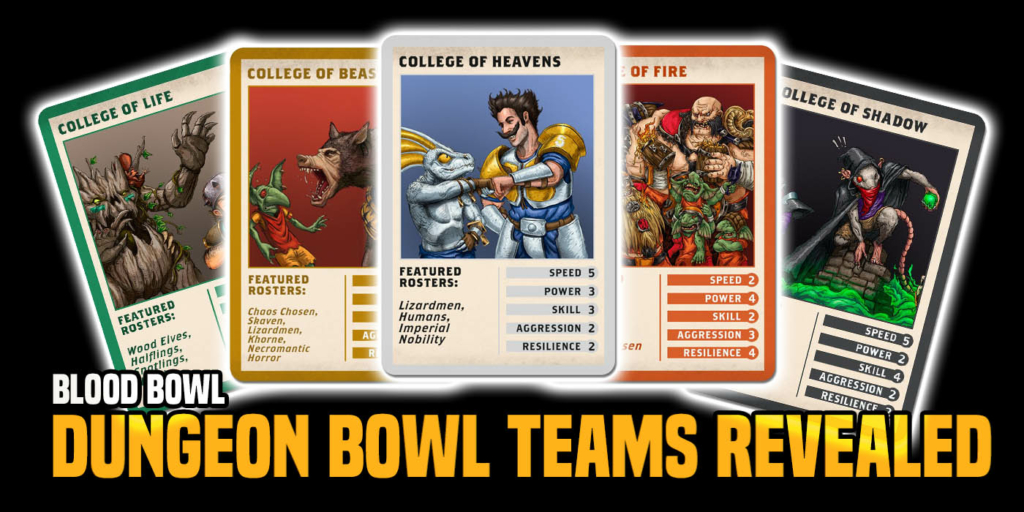