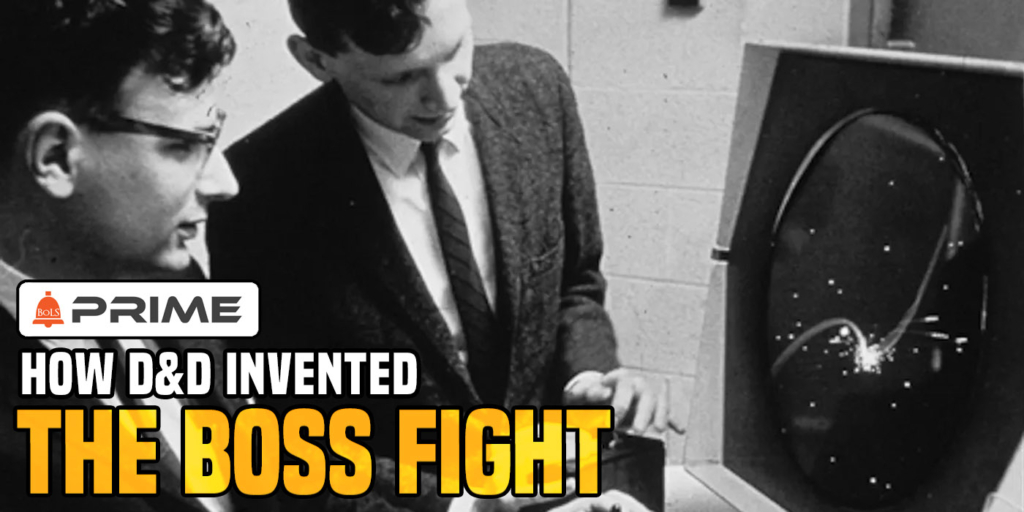 If you’ve ever had a harrowing boss fight in a video game, you owe the experience to a little game called Dungeons & Dragons.

The link between D&D and video games is a surprisingly deep one. Both of them sort of grew up together. The DNA of D&D can be found in video games that have nothing to do with fantasy adventurers.

Even games like Call of Duty or Dark Souls take a lot of their ground work from D&D. So much of what we take for granted as just “part of the medium” has its origins in 1974 right alongside D&D. 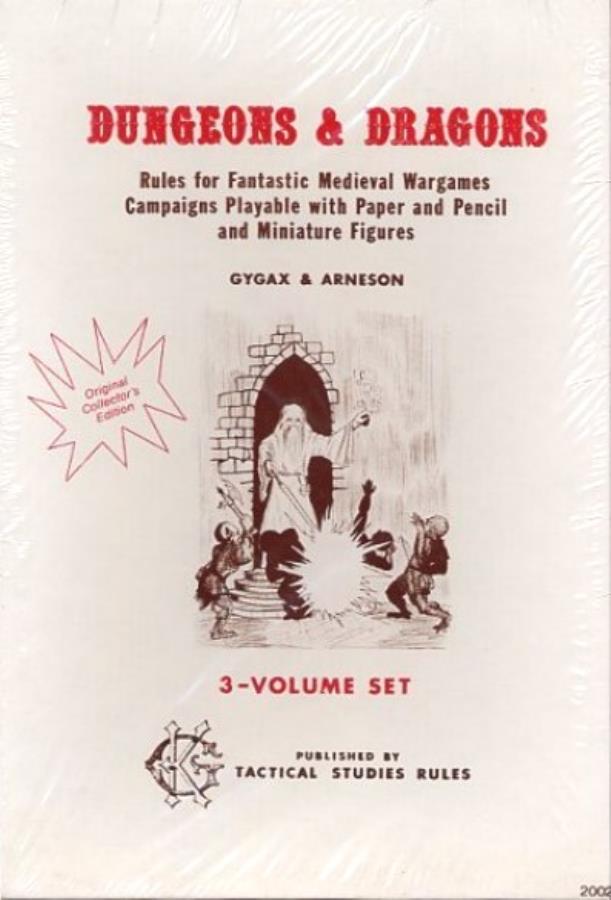 One of the biggest reasons for this? Most of the people who would go on to make video games were the same people who spent hours playing D&D.

The earliest days of video games are wild. The only place people could program games were on mainframes, which most of the time were at Universities. And they looked a lot like this: 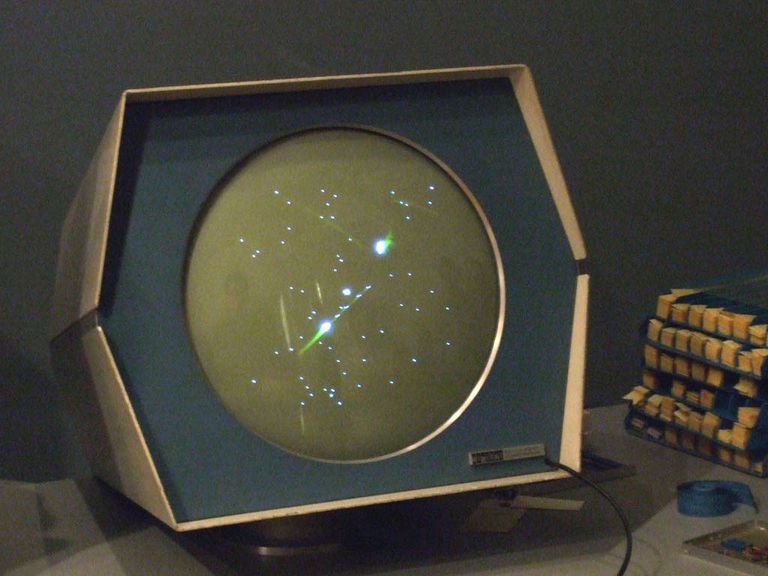 That’s a computer running Spacewar! Spacewar! is one of the earliest examples of a mainframe computer game. Players are pit against one another as starfighters flying through space. They obey a rough approximation of Newtonian physics. And they’re armed with a limited number of torpedos and the goal of blowing up the other person.

Games like this would crop up on University mainframes and a (comparatively) small pool of people would play them. And usually they’d get in trouble for taking up campus resources and would be forced to delete the program. That is, until they could get away with doing it again.

But the proliferation of games like this is important. It helps make for rich, fertile ground when D&D comes along. The two industries intersect well before anyone realized how big either of them would be. The first place any of this happens is with a game called pedit5. 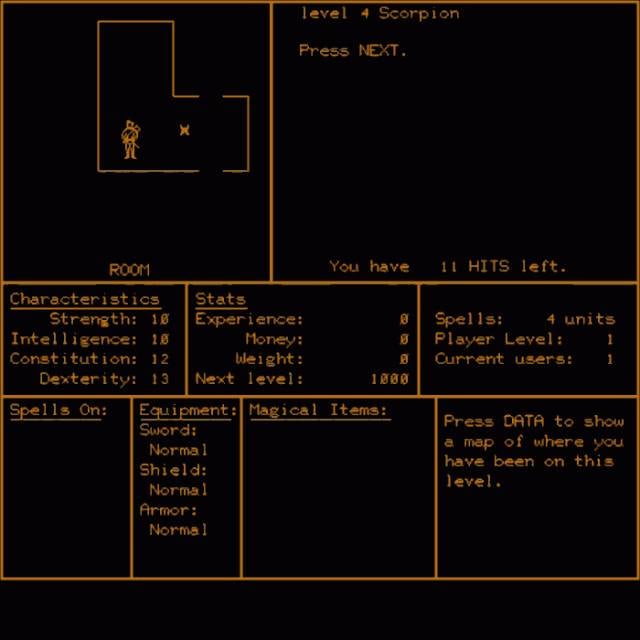 pedit5 is believed to be the first example of a D&D-inspired video game. The whole thing is a top-down dungeon crawl. Players created a character with statistics inspired by D&D. Things like strength and dexterity and hit points. In pedit5, they’d explore a single-level dungeon where they could encounter randomly generated monsters, and acquire treasure, kill monsters, and cast spells.

The dungeon itself was a persistent layout–the rooms were always the same, but the contents, monsters and treasure, were created at random, which helped feed a whole other series of games starting with Rogue. But pedit5 is a story all itself. For one, the name comes from the naming convention of the University of Illinois’ Population and Energy Group program slots:

“The earliest surviving role-playing game on the PLATO is pedit5, alternately called The Dungeon, written in 1975 by Rusty Rutherford. Rutherford worked for the Population and Energy Group at the University of Illinois, Urbana-Champaign, and his group was assigned pedit1 through pedit5. Pedit1 through pedit3 were programs for the Population and Energy Group, which left two surplus spots for additional usage. The game was frequently deleted, as the system administrators determined that gameplay was an inappropriate use of this space. An earlier game, m199h, appears in some PLATO lesson lists[.] [D]escriptions of this program sound more like text-based Adventure type game than a dungeon crawl.”

And though sysadmins would delete the game wherever they found it, the game–and others like it–spread pretty rapidly. 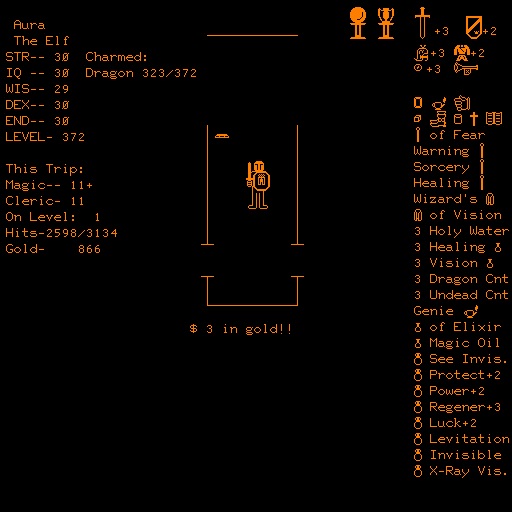 dnd – Inspired by, but not to be confused with, D&D

Another, much more obvious example can be found in the game dnd, which takes its name from Dungeons and Dragons. dnd was a much more evolved version of the D&D rules. By then, the idea of a dungeon crawl had spread from campus to campus, boosted by real life D&D play. And in dnd we get our first glimpse of some of the features that are still around in video games today.

Developed by Gary Wisenhunt and Ray Wood while they were at Southern Illinois University, dnd was a game inspired by pedit5, but with new features (emphasis ours):

“As we built the game we added new features that we didn’t see in other games, such as the Orb, transporters, the idea of a boss monster (there was no term for that since there wasn’t anything remotely like that at the time, we just wanted a final challenge against a very powerful opponent before you could “win” the game and have your character retired to the Elysian Fields).”

At the time, one of the most powerful features was the fact that Wisenhunt and Wood were main frame sysadmins. So they didn’t have to worry about their game getting deleted. That fact meant the game was around when the game’s other big author, Dirk Pellett came to the university and played both D&D and dnd and loved the latter so much he made improvements:

“Dirk Pellett had also played D&D at Caltech in 1974 and 1975, before coming to Iowa State University. He played dnd, and liked the game so much that he had ideas for improving it. He made his suggestions to the original authors, Gary Whisenhunt and Ray Wood. They liked his ideas enough to give him access to edit the game directly[.] [H]e joined them as a full-fledged author of the game. By October 30th, 1976, Dirk had added many enhancements, including a great variety of magic items and more monster types. Within 21 months of the publication of the D&D rule book, the game of dnd based on it had reached version 2.8, and a counter of the number of dungeon trips by all players since the game’s creation (or, at least, since the counter was initialized) was fast approaching the 100,000th trip.” 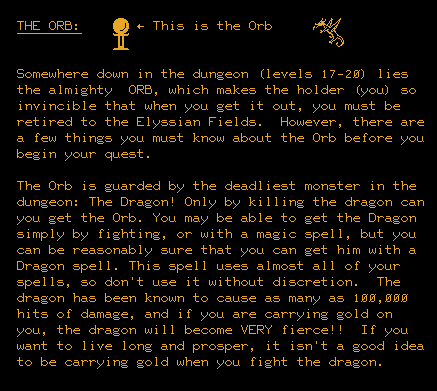 For Those Playing Along at Home

This means that within a scant 21 months of Dungeons & Dragons being published, it helped influence and standardize the creation of video game tropes so common that you don’t even think of them as tropes. It’s hard to imagine most video games without boss encounters, or main, overarching quests. But even things like random battles and charmed monsters that fight for you (aka pets), have their origins with D&D. 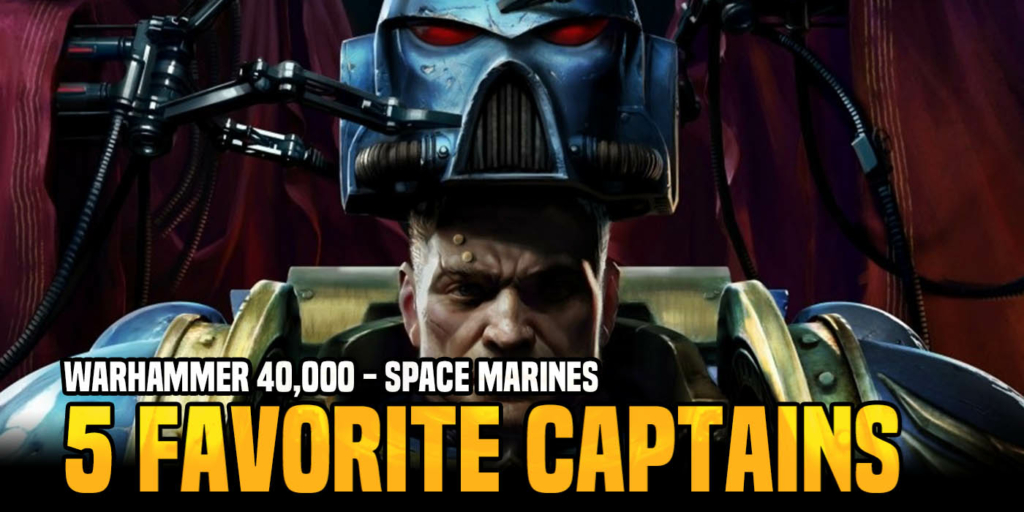