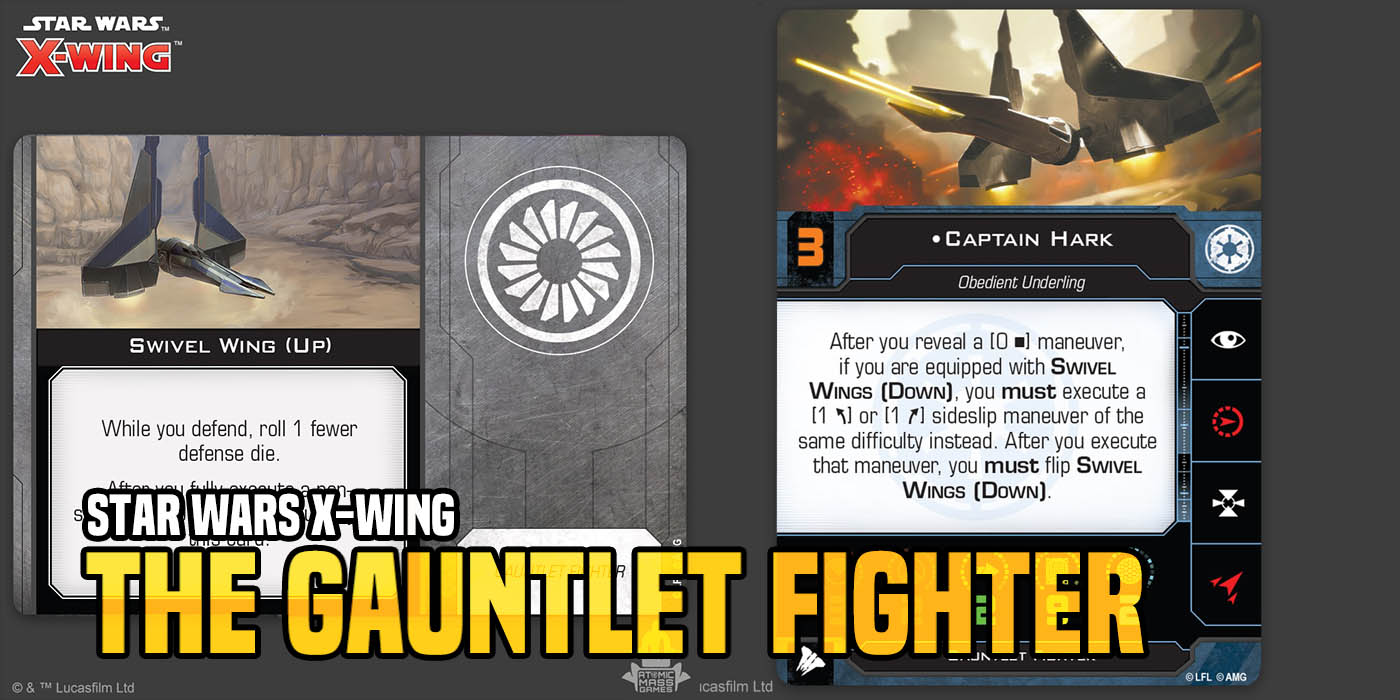 Time to get your swivel on with the new Gauntlet Fighter for Star Wars: X-Wing!

Atomic Mass Games is back with more previews for the upcoming X-Wing ship The Gauntlet Fighter. This thing can swivel with the best of them and it turns out the position of its wings actually DO matter.

“The Gauntlet Fighter’s swivel wing makes it even more versatile in the combat of #StarWarsXWing, especially in the hands of a pilot like Captain Hark, who can push the advantages of this upgrade even further.” 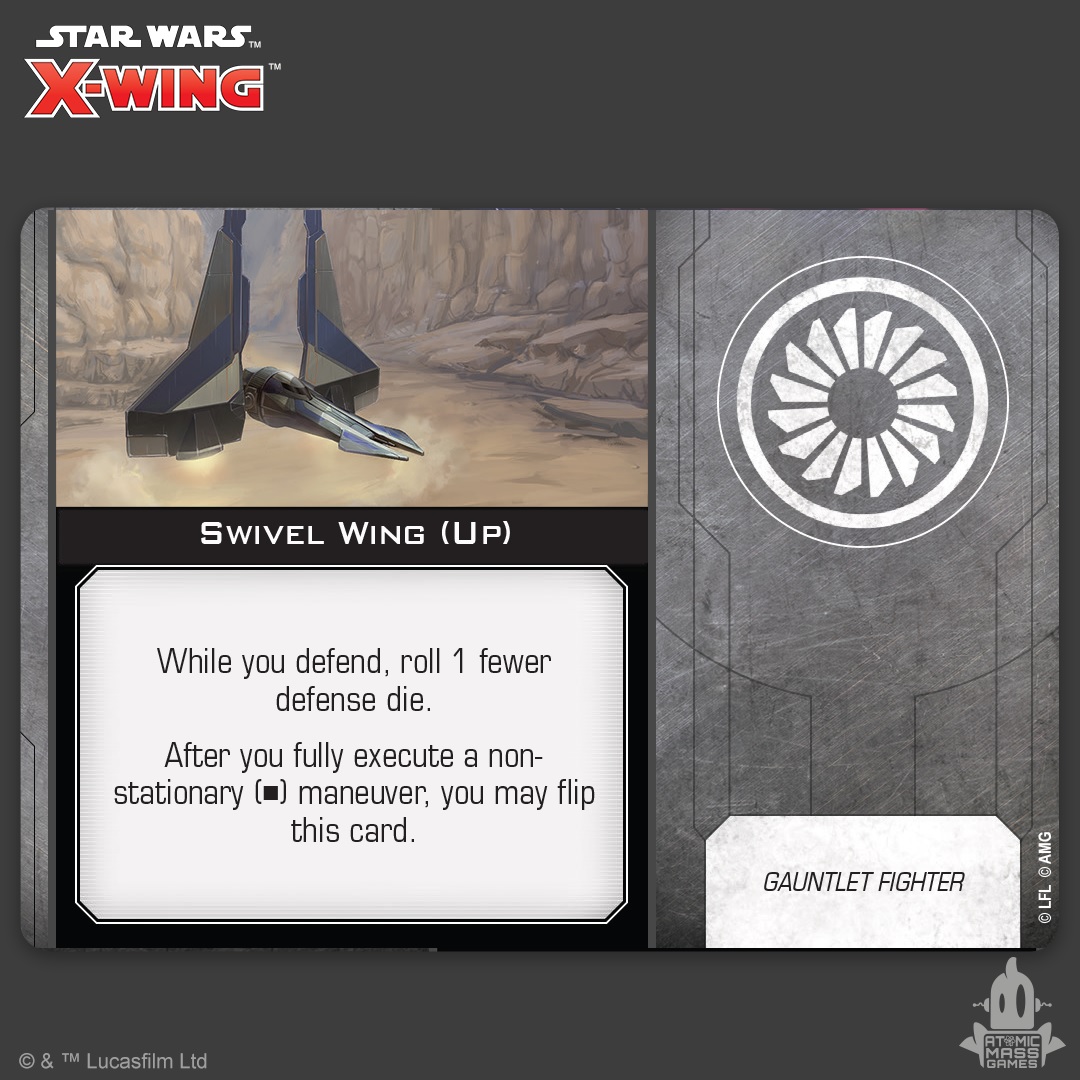 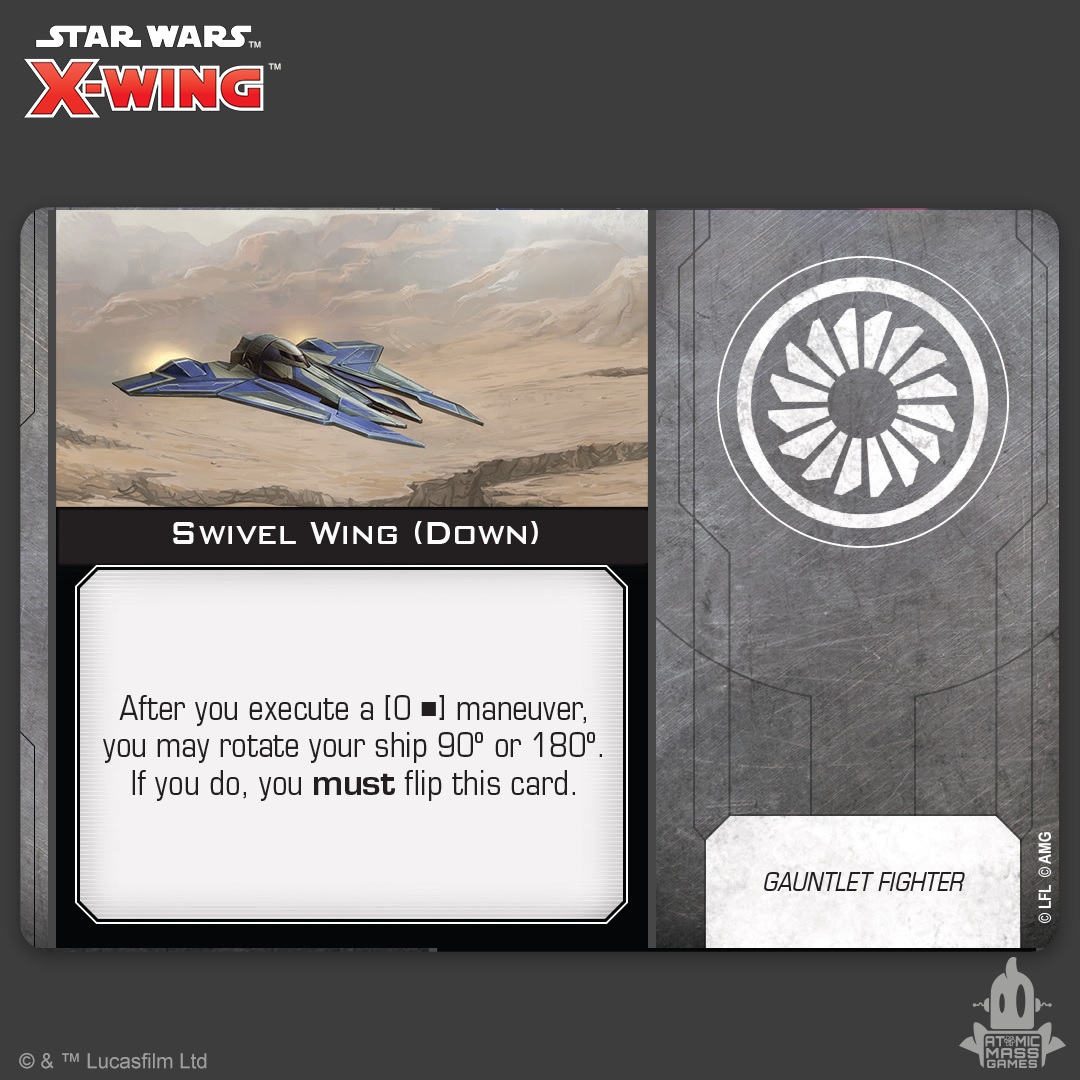 So yeah, using the wing swivel adds some interesting options for rotating your fighter and surprising your opponent. Do they think they have a blind attack angle on you? Well, flip the script and turn to face them! That should come in handy with this ships uh…interesting dial: 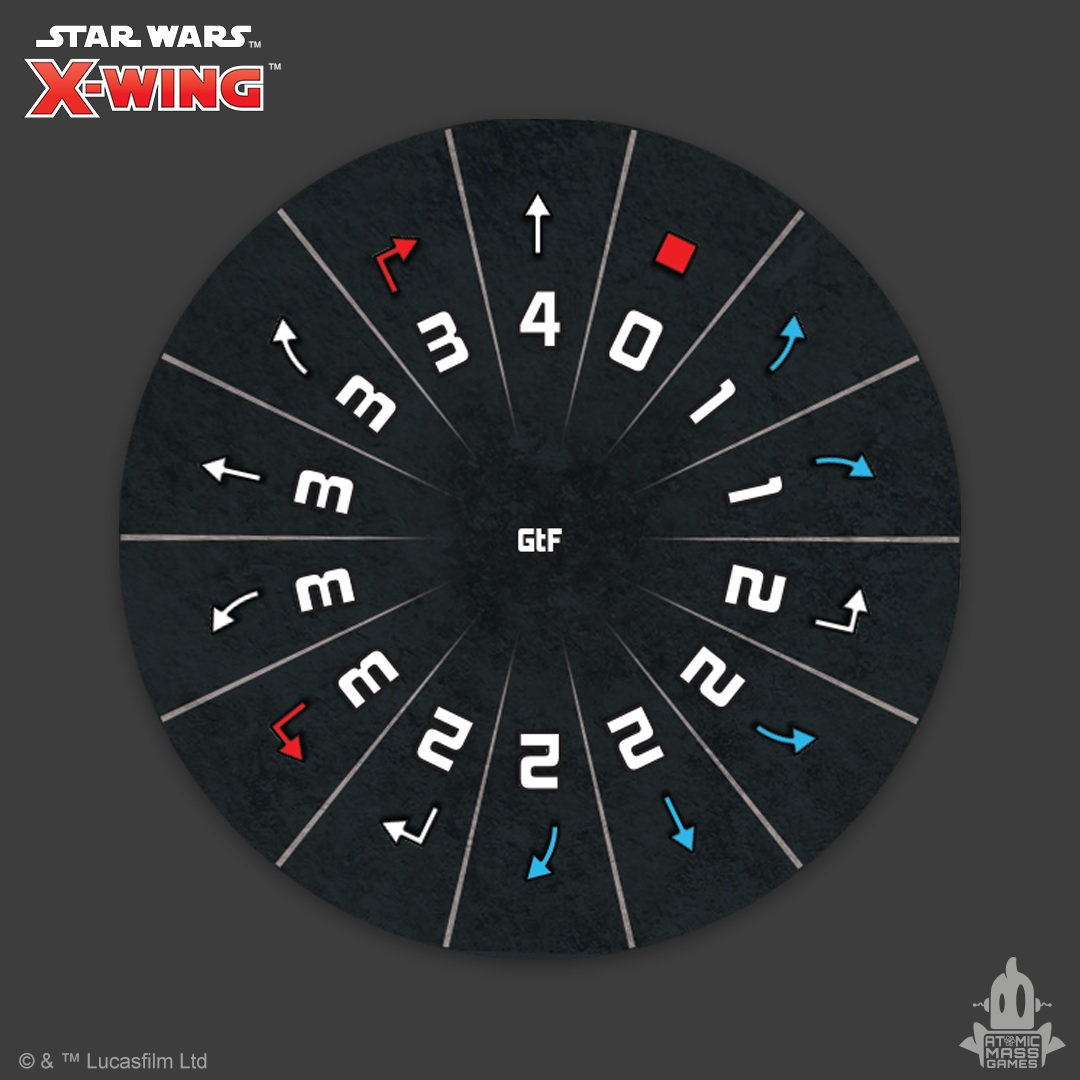 It doesn’t contain a whole lot of 1s but it does have a full stop and can speed up to a 4 straight. But uh…yeah, kind of a strange dial! Mastering this ships wing swivel is going to be the key to success. 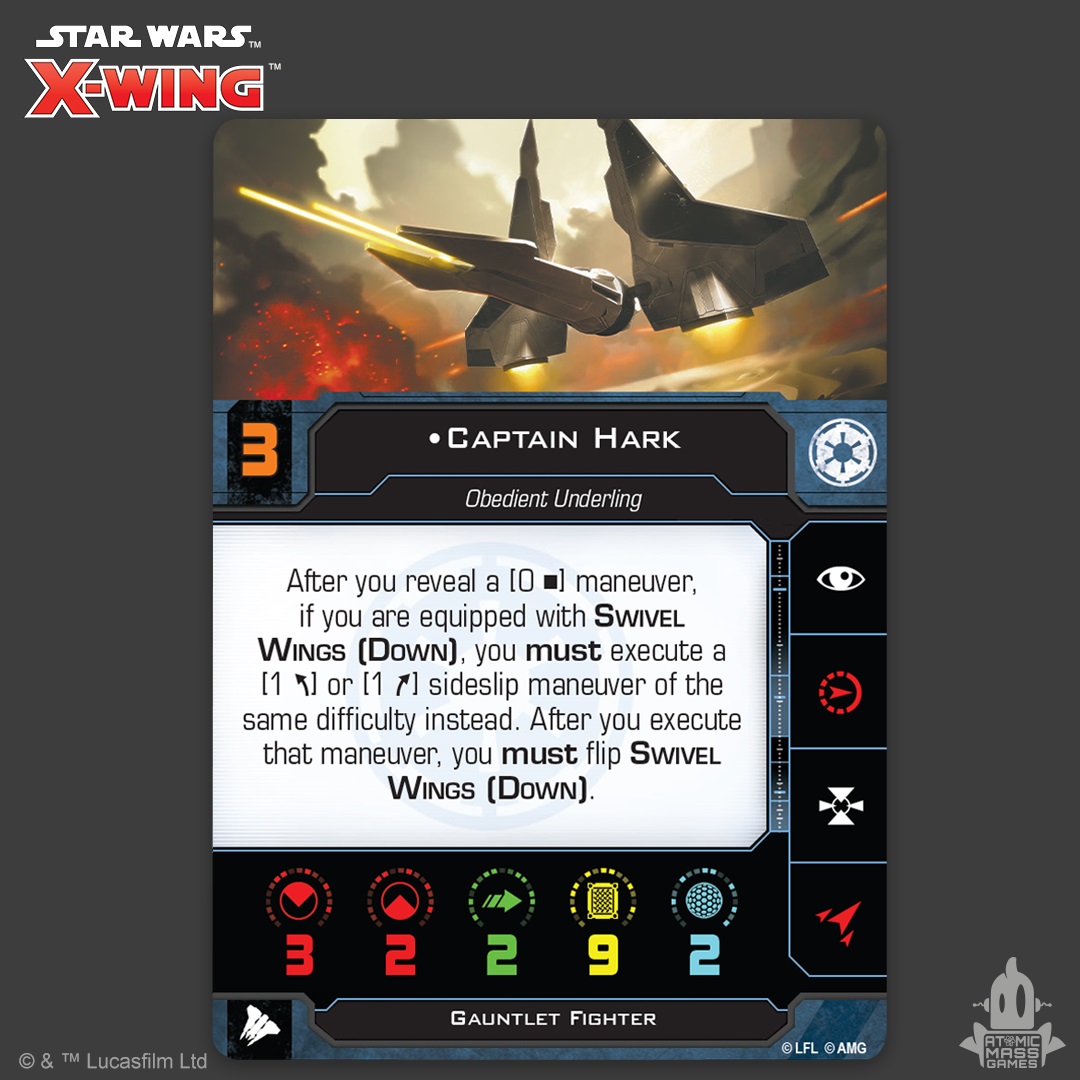 Captain Hark can take full advantage of the Swivel so if you’re wanting to really play around with it, check this pilot out when you hit the tabletop.

What do you think of the Gauntlet Fighter’s unique wing swivel ability? How about that dial?

Author: Adam Harrison
Writer, Editor, Texas Native, and Austinite for 15+ years, Adam covers all things Tabletop Gaming. Which includes Warhammer 40,000, Age of Sigmar, D&D, Board Games and everything else that involves dice, boards, cards and a table. A hobbyist, player, and collector of miniatures and games, Adam's current obsession are his Death Armies for Age of Sigmar, his Blood Angels and Tyranids for 40k, and his ever growing Arkham Horror: The Card Game Collection.
Advertisement
Atomic Mass Games Star Wars X-Wing
Advertisement 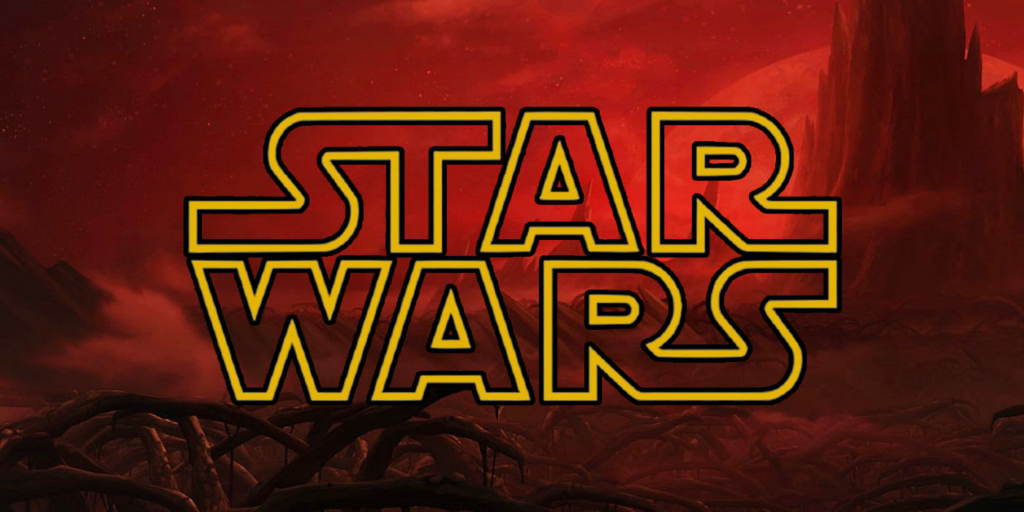