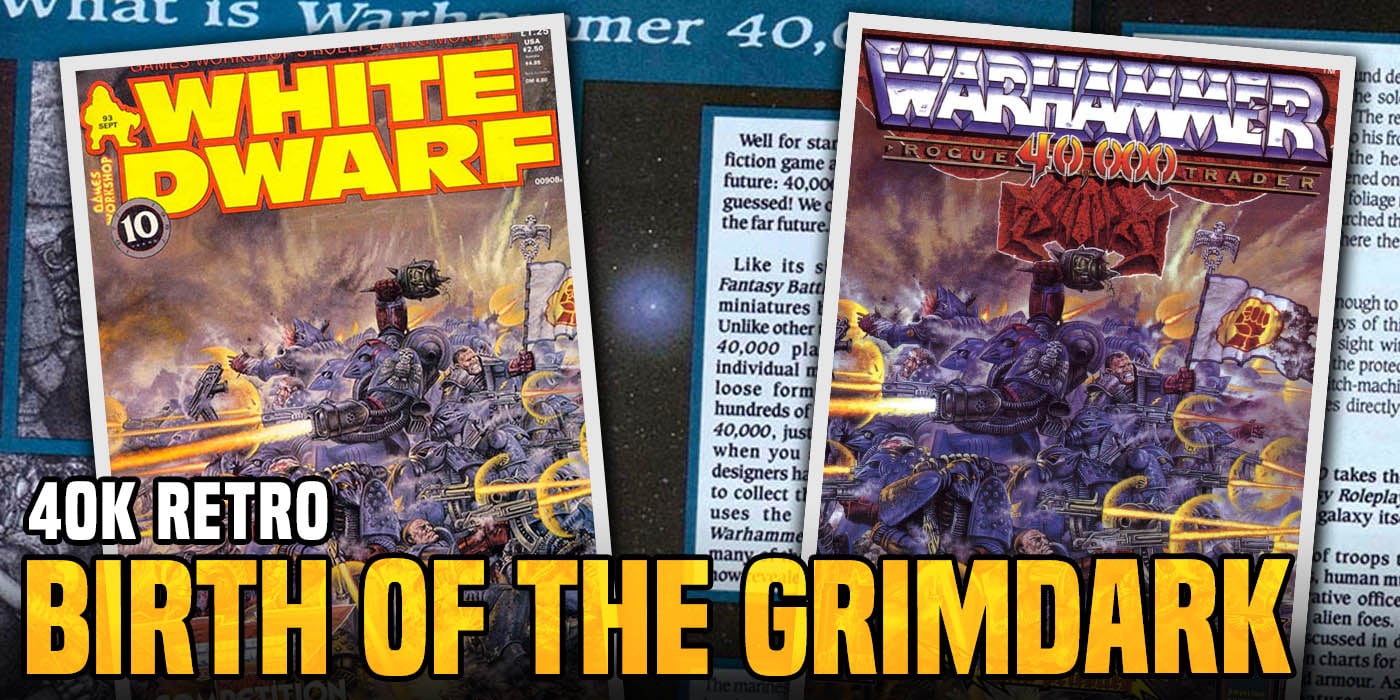 In September 1987 Games Workshop rolled out the announcement for an all-new hardback named: Warhammer 40,000 and the Grimdark was born. 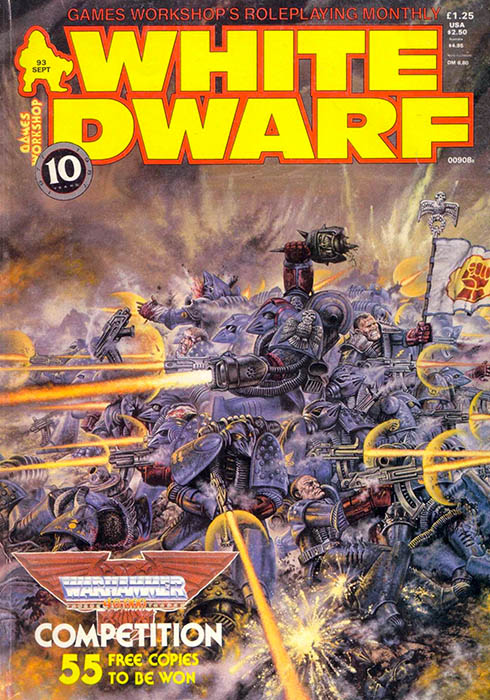 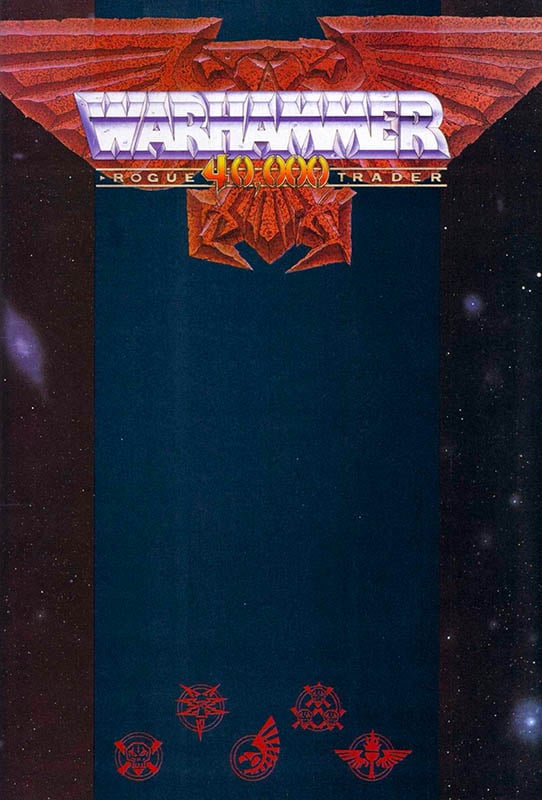 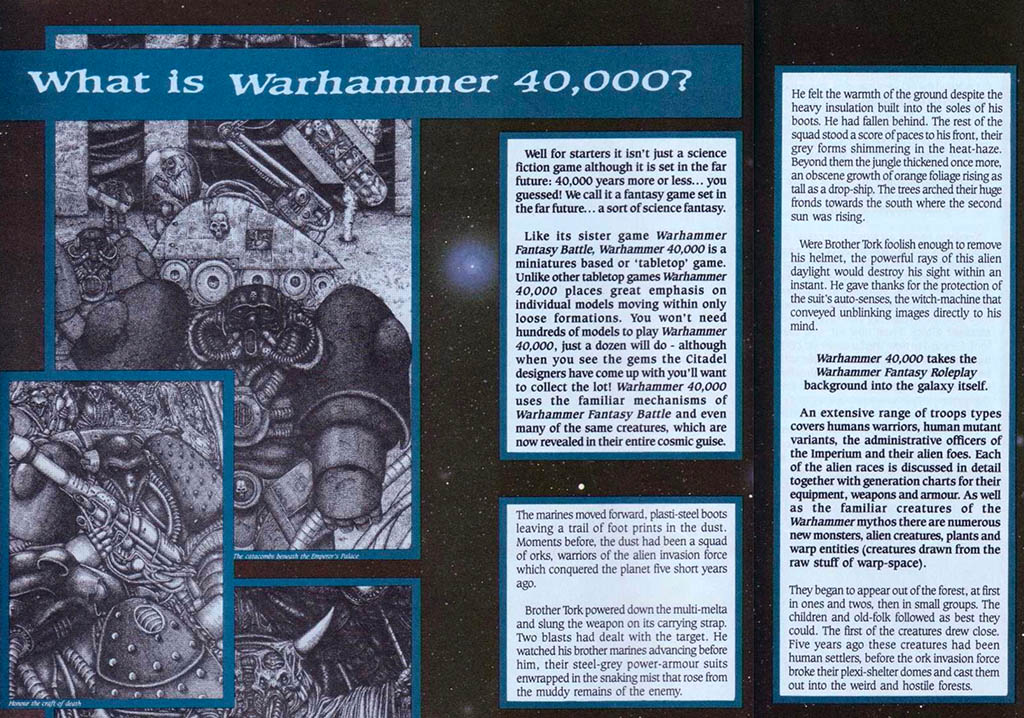 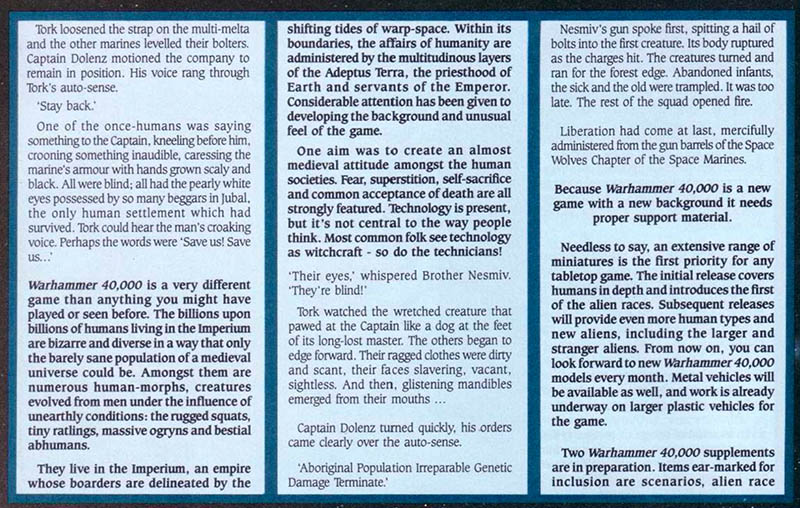 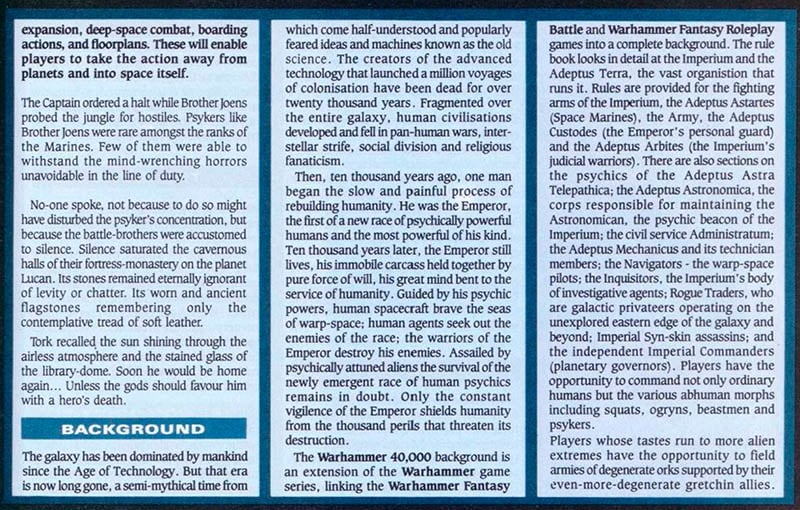 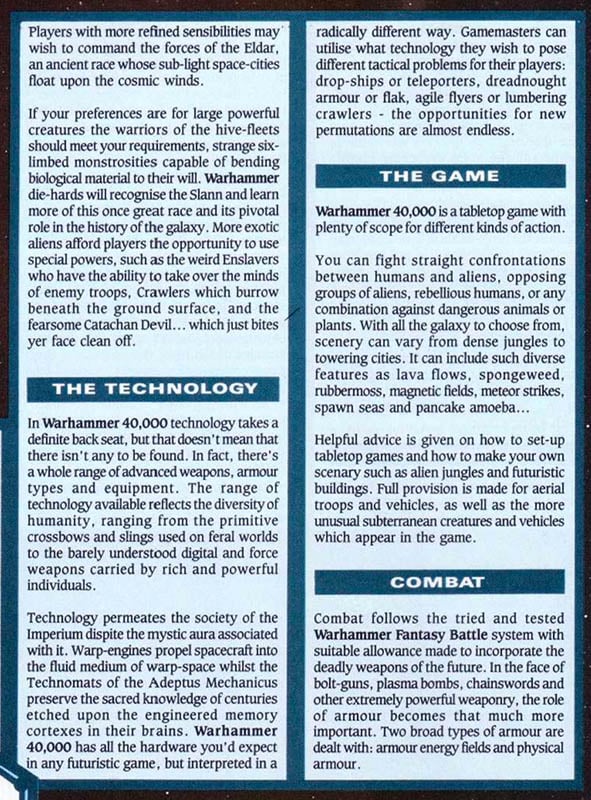 Read the 2nd paragraph on the upper left. Remember you, players, with refined sensibilities – the Eldar are for you! Then they go quite a bit into the Slann and how Warhammer players will recognize the race and see its fuller role in the unified Warhammer universe. 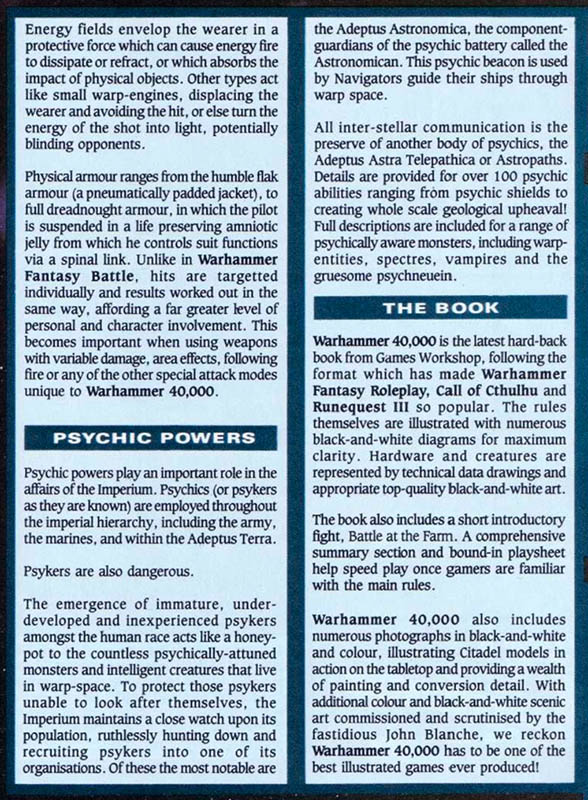 It’s interesting to see some of the unvarnished and just a tad anxious descriptions for the product that would grow in 30 years to be a global dominating tabletop game. But it is easy to forget that way back in September 1987, it was just another new gamebook that could have so easily died in obscurity.

Luckily for us all, GW was really onto something. Anything in there that caught your eye?