Warhammer 40K: T’au ‘Pulse Blastcannon’ Can One Round An Imperial Knight 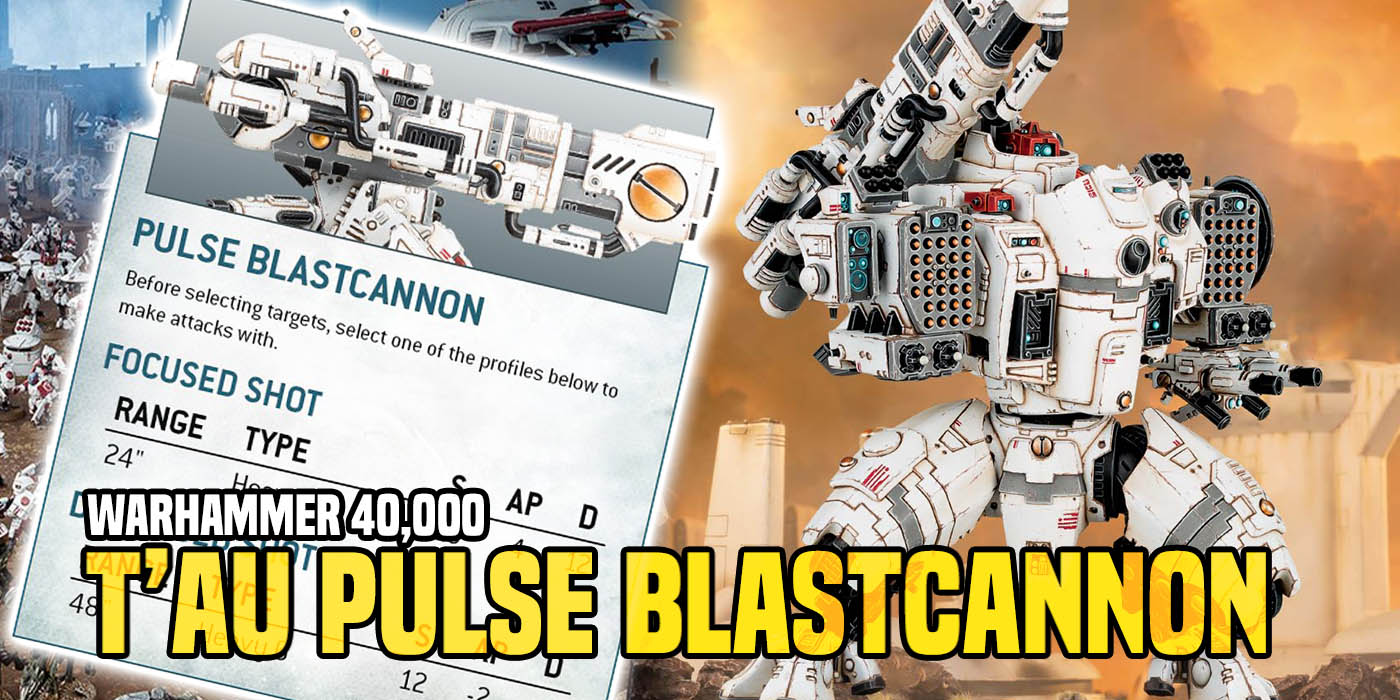 And folks were mad about the T’au Railgun. Say hello to the Imperial Knight slaying T’au Pulse Blastcannon.

So when the T’au Railgun got an update people were freaking out. It now going to bypass your Invulnerable saves, do a bunch of damage and also cause some mortal wounds just for fun. It’s potent. And now we know it’s not the only super deadly big gun in the T’au arsenal. The Pulse Blastcannon is here to play, too.

“Acting rather like a colossal shotgun, the pulse blastcannon can lob its payload over long ranges, but it really shines when concentrating its immense power into a close-range blast. Although it lacks the shield-busting power of the Hammerhead railgun’s hypersonic slugs, with a whopping Strength 16, it will still wreak plenty of havoc on even the sturdiest targets – Knights or even Titans included.” 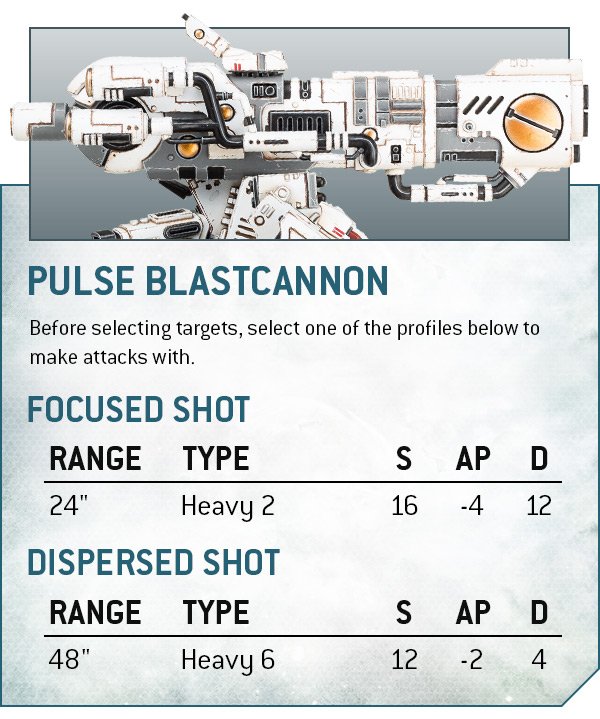 That’s a whopping 24 damage from EITHER configuration, folks. That’s just enough to drop an Imperial Knight in a single volley of shooting. Not to mention the fact that it’s Focused Shot is strength 16! I hope you’re Invulnerable saves are up to snuff.

“Oh well at least it’s going to be inaccurate.” Said by someone who’s never actually played against T’au before. Aside from Markerlights, this thing typically comes on a Stormsurge. Those bad boys bring their own re-rolls with them. 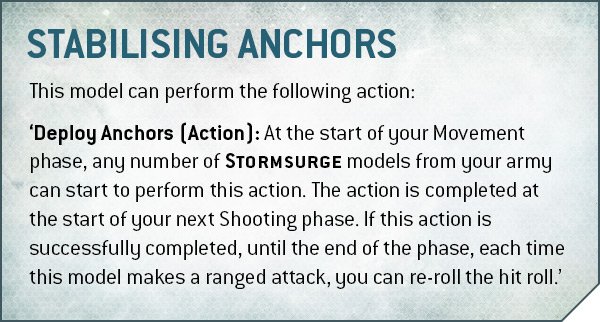 “Well at least it’s only got a 24″ range so we can just move up and kill it.” Yeah — that’s a wonderful plan. Except it’s not just the gun that got a boost.

“Such a large war machine is naturally a big target on the battlefield, so no expense has been spared protecting it from enemy fire. Improvements to its Toughness, Wounds, and Save join a built-in shield generator, while a total redesign of the counterfire defence system now unlocks a powerful Stratagem that nullifies attacks before they even reach the armoured shell.” 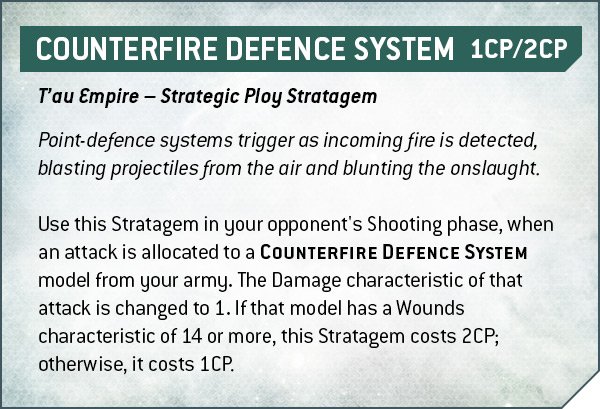 Yeah. Have fun trying to out gun the T’au now. It’s going to be a case of picking your poison. Deal with the Railguns or the Pulse Blastcannon. Or the 2 wound shield drones. Good luck.

I think there is a Stormsurge rising…