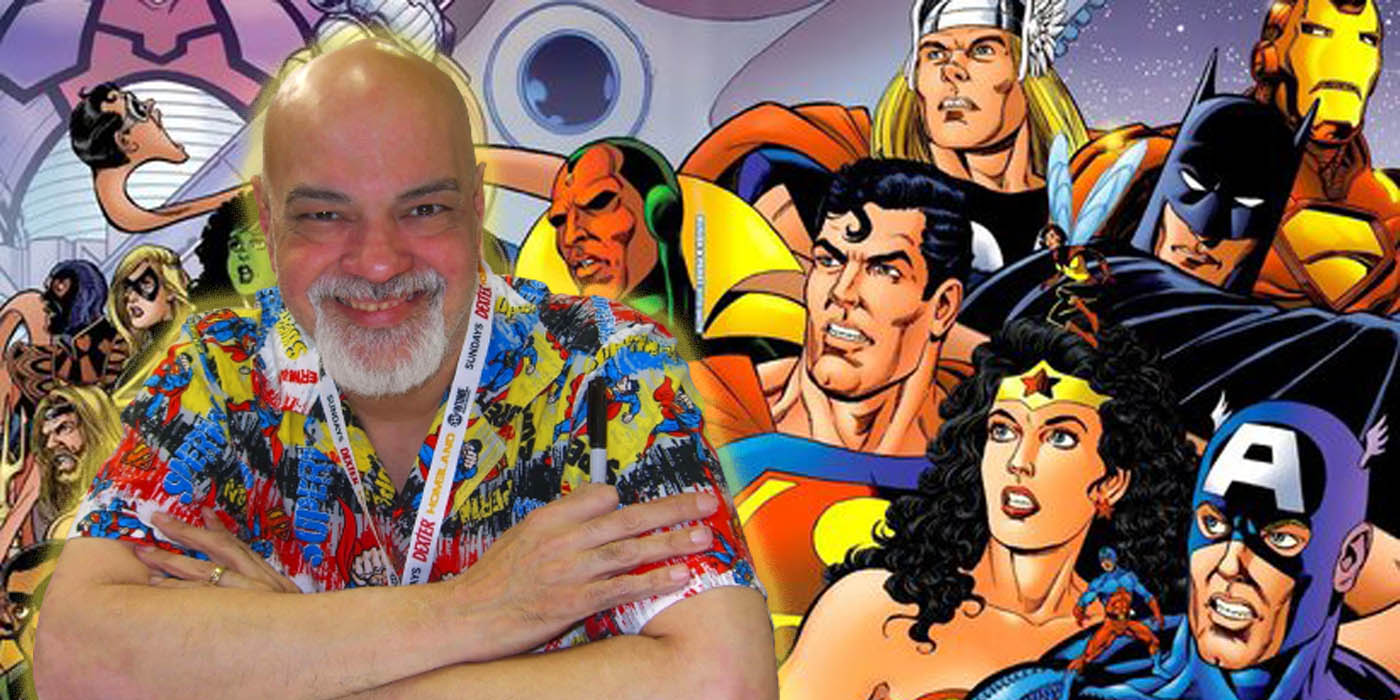 George Pérez penciled some of Marvel and DC’s most historic moments, from the Infinity Gauntlet to the modern era’s Wonder Woman and more!

Whether you’re an unofficial comic book historian or you just casually watch the movies, the work of artist George Pérez has influenced your life somehow. His prolific work for both DC and Marvel covered some of both publishers’ biggest events. And even now, big-budget movie scripts take inspiration from Pérez’s stories.

In celebration of such a momentous life, let’s take a trip down Comic Book Memory Lane and revisit some of George’s best moments in his almost 50-year career. 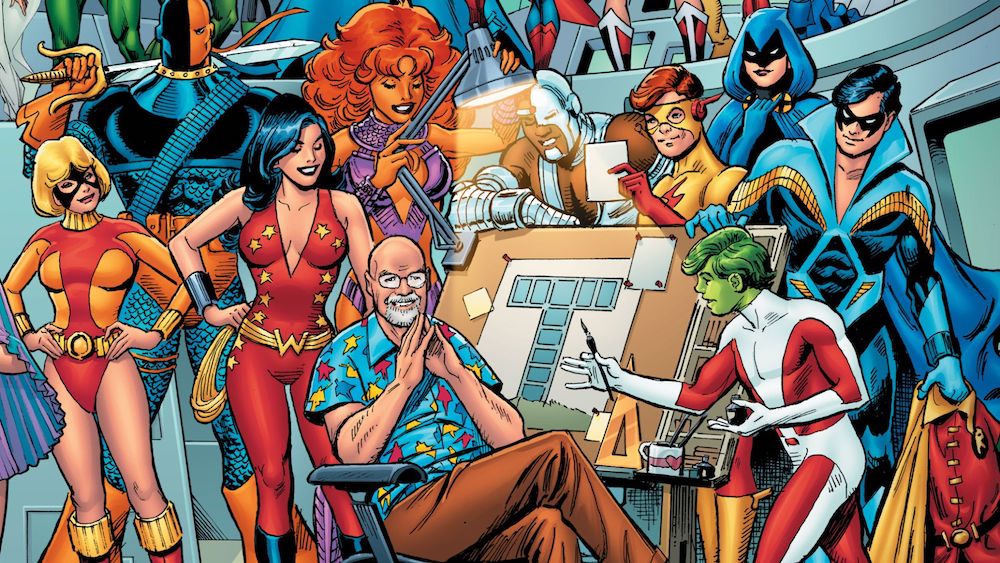 In his early career, George Pérez was one half of the team that created the hero known as the White Tiger. Hector Ayala was a Puerto Rican man from the South Bronx. George himself was a Puerto Rican who grew up in New York, and the hero he and Bill Mantlo created was the first Latino hero in Marvel comics.

Hector first appeared in his own strip at the back of Deadly Hands of Kung Fu. He later became a regular fixture in other titles like Spider-Man. Still, Hector Ayala wasn’t a major hero of his time. He mostly fought street criminals and protected his neighborhood. But later, he would pass the helm on to his niece Angela del Toro and his sister Ava Ayala. 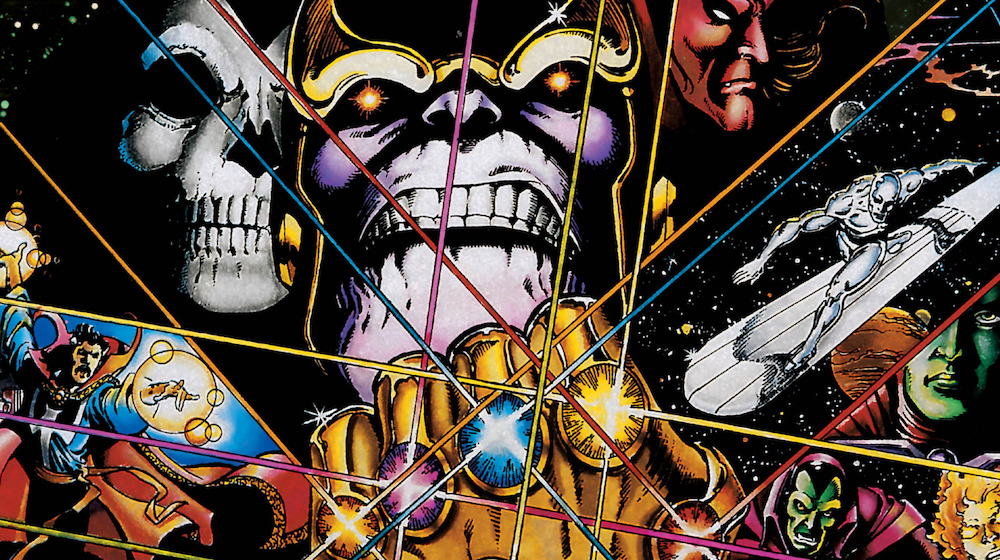 George’s first art credit on a major title was The Avengers. Starting with issue #141, Pérez worked alongside Jim Shooter to produce some classic Avengers arcs of the time, including “The Bride of Ultron” and “The Korvac Saga”). At this time, George was also working on art for Fantastic Four, Inhumans, and more. He was a pretty busy dude.

Like most prolific comic book artists, George Pérez would bounce back and forth between Marvel and DC for several years. During his times with Marvel, Pérez was usually involved with whatever major Avengers thing was happening. In 1991, he penciled Jim Starlin’s Infinity Gauntlet, which is now a part of the cultural zeitgeist thanks to Marvel Studios. 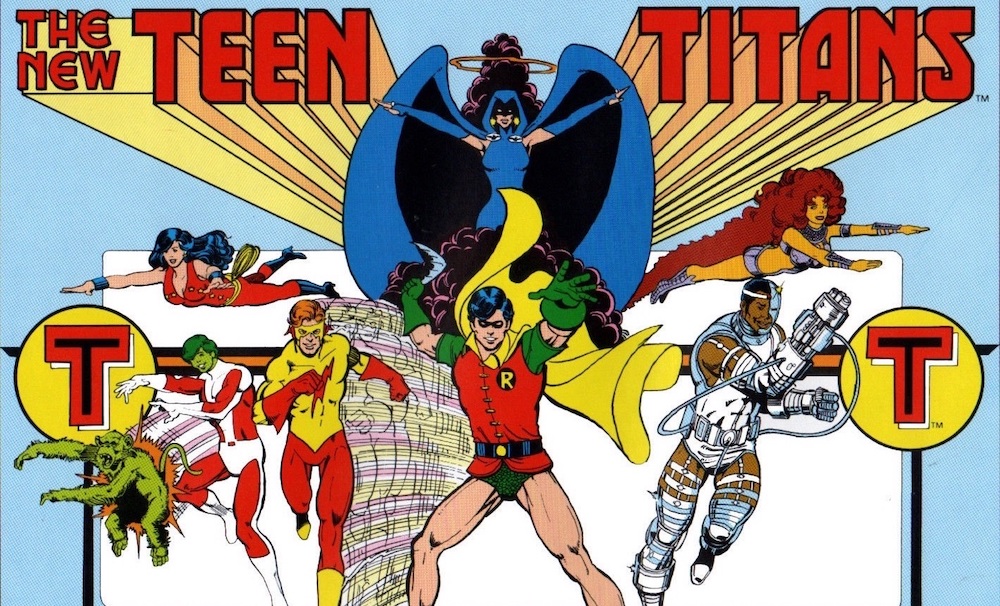 When George Pérez took the job of penciling Marv Wolfman’s New Teen Titans, he saw it as a foot in the door toward drawing The Justice League of America. He did eventually snag that JLA gig. But it’s possible that Pérez was even more beloved for his time spent on this breakout book for DC’s next-gen heroes.

Titans was intended to be DC’s answer to the popularity of Marvel’s X-Men comics. The series succeeded and introduced DC favorites like Raven, Starfire, Cyborg, and the mercenary Deathstroke. This iconic teen team has gone on to be incredibly well-known.

Remember George Perez the way he’d want to be remembered: as someone with endless love for the characters he created and drew, and who never hesitated to share that love with the fans

His work on Teen Titans and others has inspired so many. Comics fandom won’t be the same now. pic.twitter.com/JkZmrgihOL 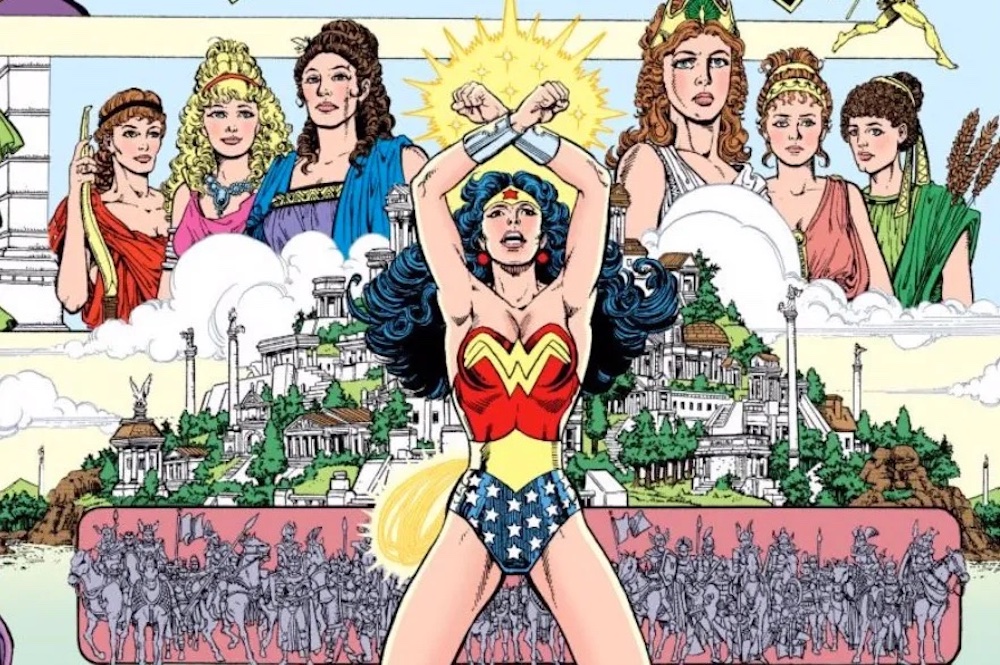 In the late 80s, DC was restyling their heavy-hitting heroes. John Byrne was restructuring Superman’s Kryptonian origins in Man of Steel while Frank Miller placed a darker Batman on the much grittier streets of Gotham. George Pérez sought to give Wonder Woman a fresh artistic start. He joined the book’s creative team and quickly found himself at the reins. Not only was he drawing the book, but he was also frequently writing it.

Over the years, Diana’s personality had been watered down from her independent feminist roots. She was treated like a lady version of Superman, and her motivations were less than progressive. But Pérez’s new Wonder Woman had lore alongside the pantheon of Greek gods. He essentially created the diplomatic and humanistic Diana we know and love today. Alongside the works of original creator William Moulton Marston, Pérez’s Wonder Woman run is widely regarded as biblical. So much so that filmmaker Patty Jenkins also sites his works as inspiration for the Wonder Woman film. 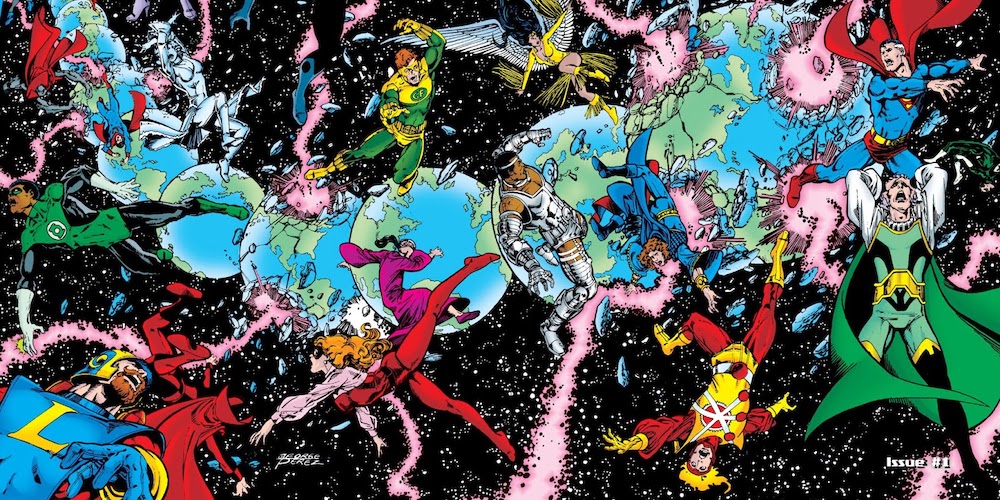 Crisis was DC’s first major multiversal event. It was intended to bring its multiple universes into one complete DC universe that was more accessible to readers. The series was a big-friggin-deal, and certainly responsible for the major crossover events that we know today. Its events restructured the entire DC universe. Of course, this event had a pretty dramatic body count, including the original Supergirl and the Flash Barry Allen.

The tale was continued in major events Infinite Crisis and Final Crisis, and Pérez was able to contribute his art to both. The event was so monumental, DC history is split into pre- and post-Crisis markers for clarity. The multiverse is all the rage this year, and it’s a concept that was heavily nurtured by George’s art. He also inspired an Arrowverse crossover event of the same name. 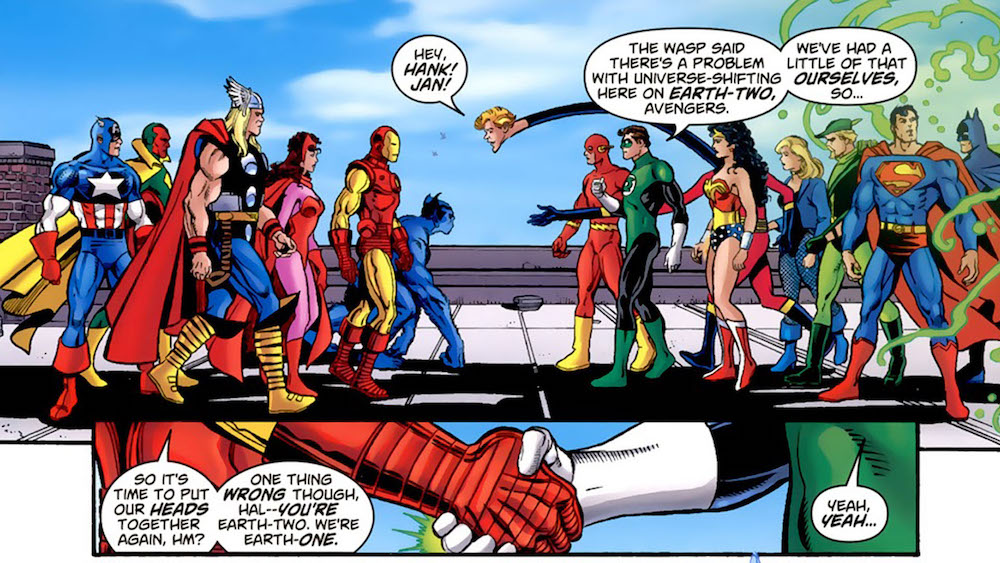 In 2004, comic book publishing behemoths Marvel and DC finally published a crossover comic that had been in the works since the early 80s. George Pérez and Kurt Busiek teamed up to bring the JLA/Avengers comic to life. A new reprint was put together this year will help Pérez pay for his cancer treatments – although good luck snagging a copy.

In this tale for the ages, giant universal beings Krona (DC) and the Grandmaster (Marvel) play a little game with the fate of the worlds. The two have to each assemble a team from their universe to fight, then switch teams. So the Justice League has to find six big-deal items in the Marvel universe and the Avengers have to poke around the DC universe to find their own items. It’s really thrilling to see how each hero reacts to the other’s reality, and it’s a really great moment for fans of the Phantom Stranger.

Which George Pérez comic is your favorite? Have you ever met him at a convention? Tell us your story with the comic book legend! 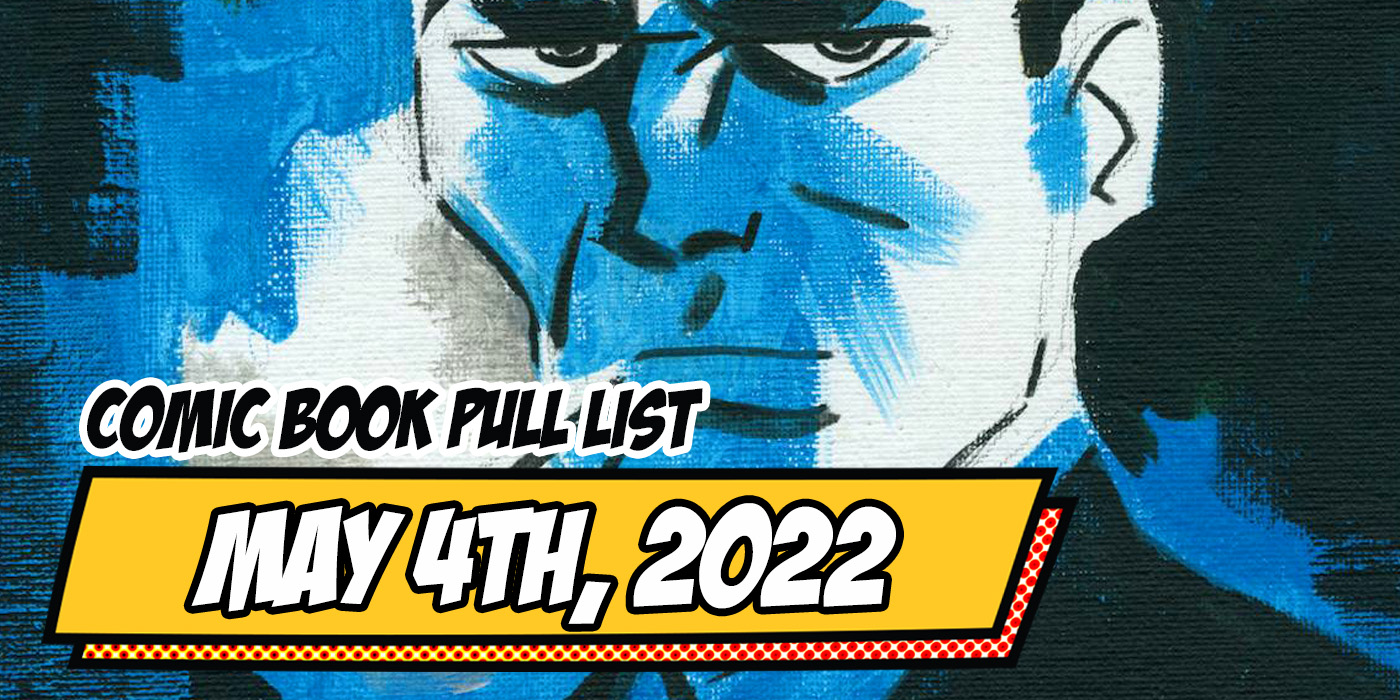