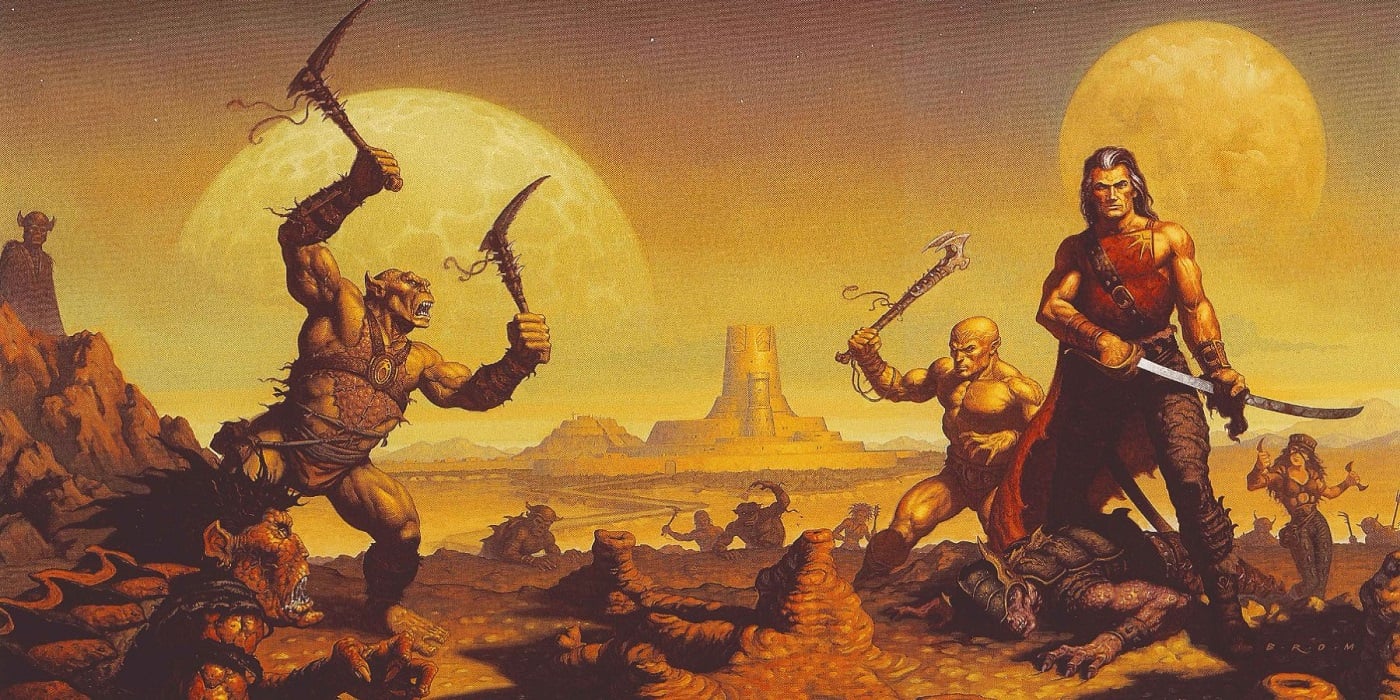 Is Spelljammer going to cross over to Dark Sun? Two Dark Sun monsters lurk among a new preview of Spelljammer miniatures.

Now that Spelljammer is confirmed, it’s just a matter of time before people start wondering what’s next. Especially since creatures from D&D’s wide-spanning multiverse are making an appearance. A monster straight out of the 2nd Edition days of Dark Sun has been spotted among a slew of new Spelljammer minis. Does this mean Dark Sun is on the way? Should we be preparing for psychics and cannibal halflings? Maybe. But the Spelljammer Miniatures have so much more to show us. Let’s take a look!

You Got Your Dark Sun in My Spelljammer 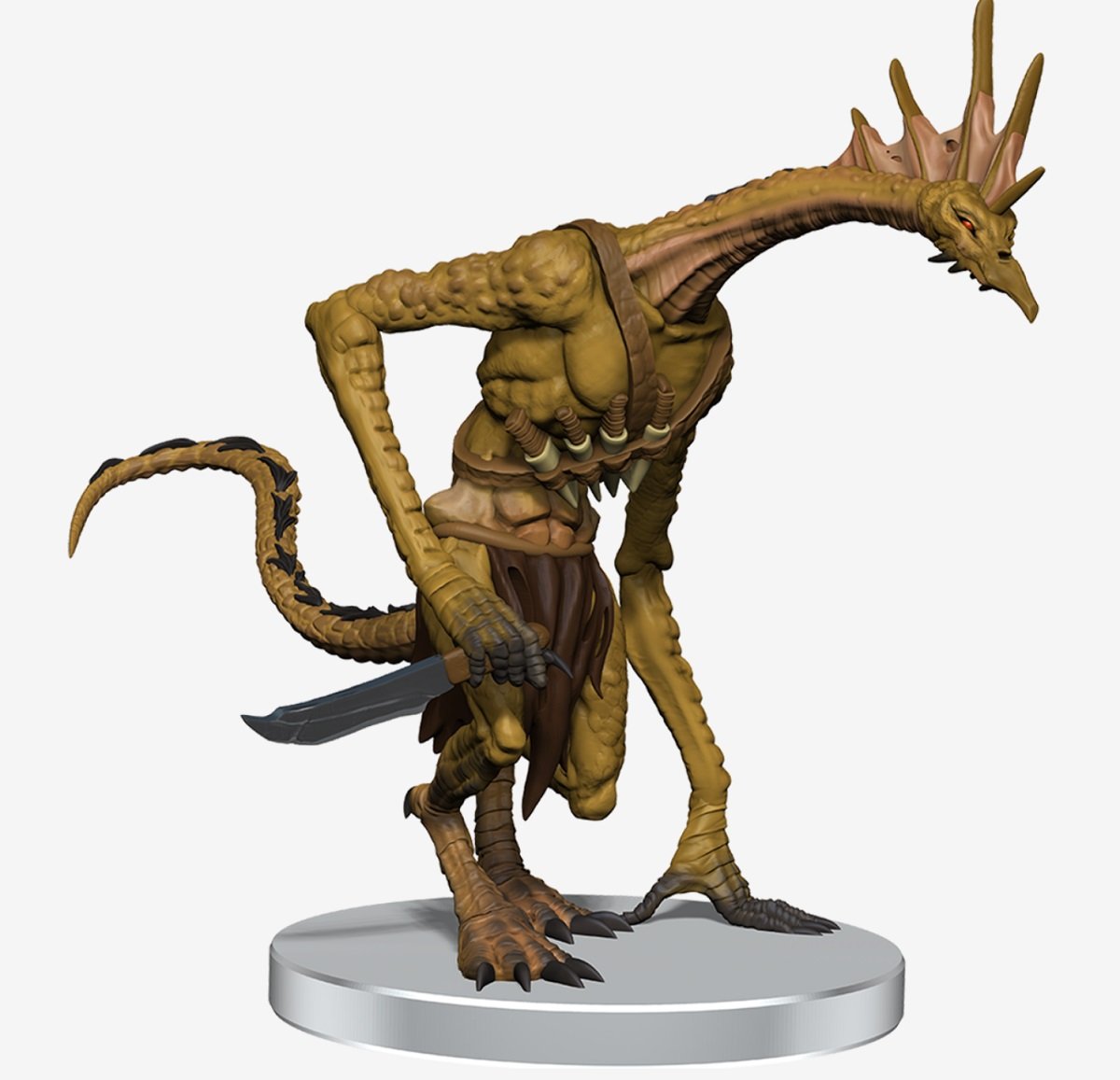 Let’s cut right to the chase. That miniature up there is a render of a Ssuran. Ssuran are a classic Dark Sun monster. Although this one is a far cry from the “heavy-set lizardfolk” of the 2nd Edition Dark Sun days. But this Ssuran fits all the other descriptors. 7ish feet tall, talon toed, long limbed.

Ssuran are a complex people who thrive in what others consider harsh environs. With a rich religious tradition based around learning the skills to endure the blighted wastes of Athas, these nomadic lizardfolk are unusually resistant to heat and fire. They also know how to preserve an ecosystem.

In past editions they had some propensity for the kind of magic of Preservers, and were aggressive towards any who showed an interest in Defiler magic. And in 4th Edition especially they were psionically gifted. But it’s more than just the Ssuran. There’s also a Braxat: 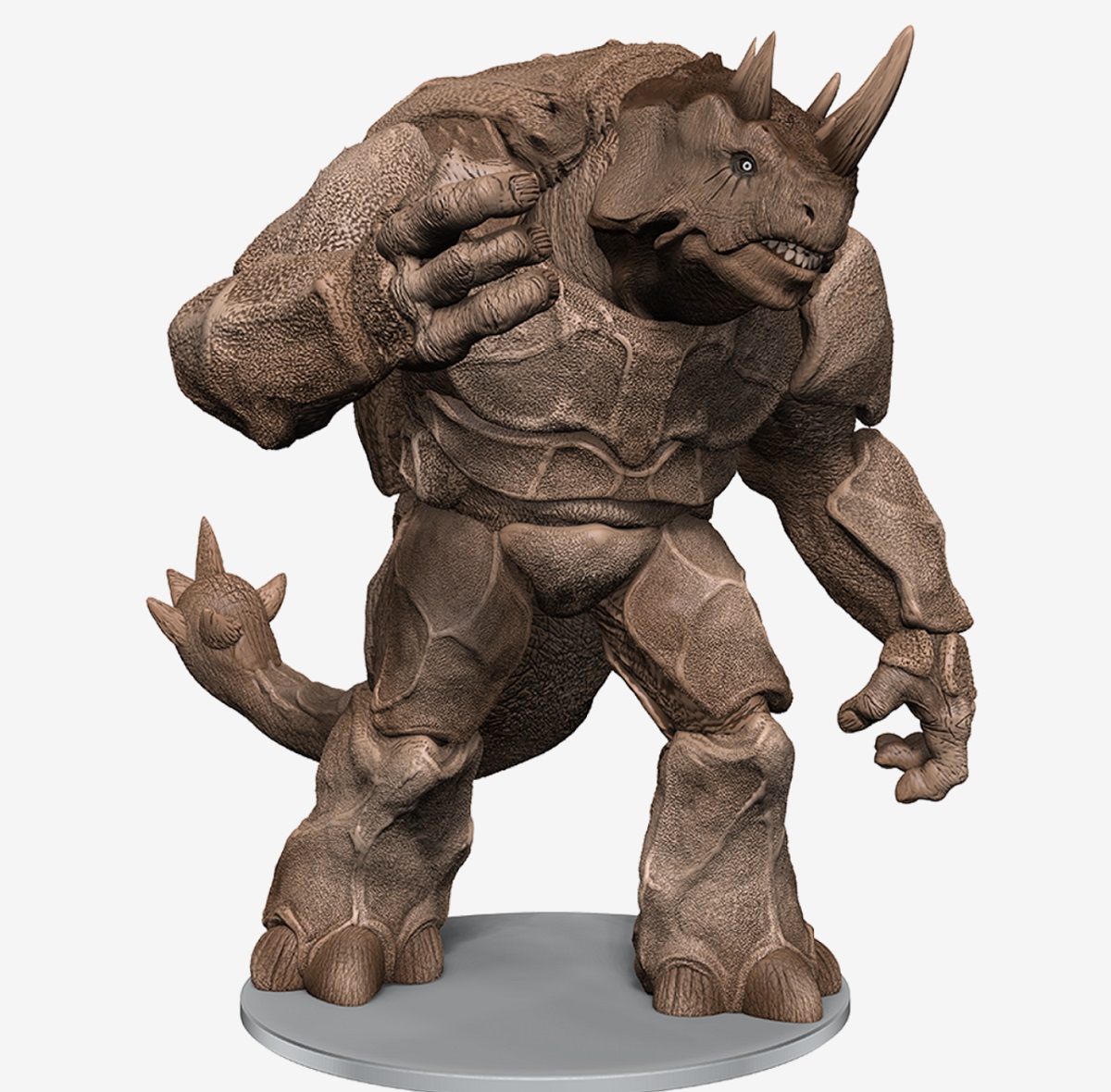 Braxats are big rhinoceros people who can breathe a cone of cold, who can blink at will, and who have other natural psionics to bolster their brute strength. They’re classic antagonists – carnivorous creatures who loved nothing more than feasting on foolhardy adventurers. And their first appearance? The Dark Sun Campaign Setting.

All of which begs the question, why include these Dark Sun specific monsters in a Spelljammer set? 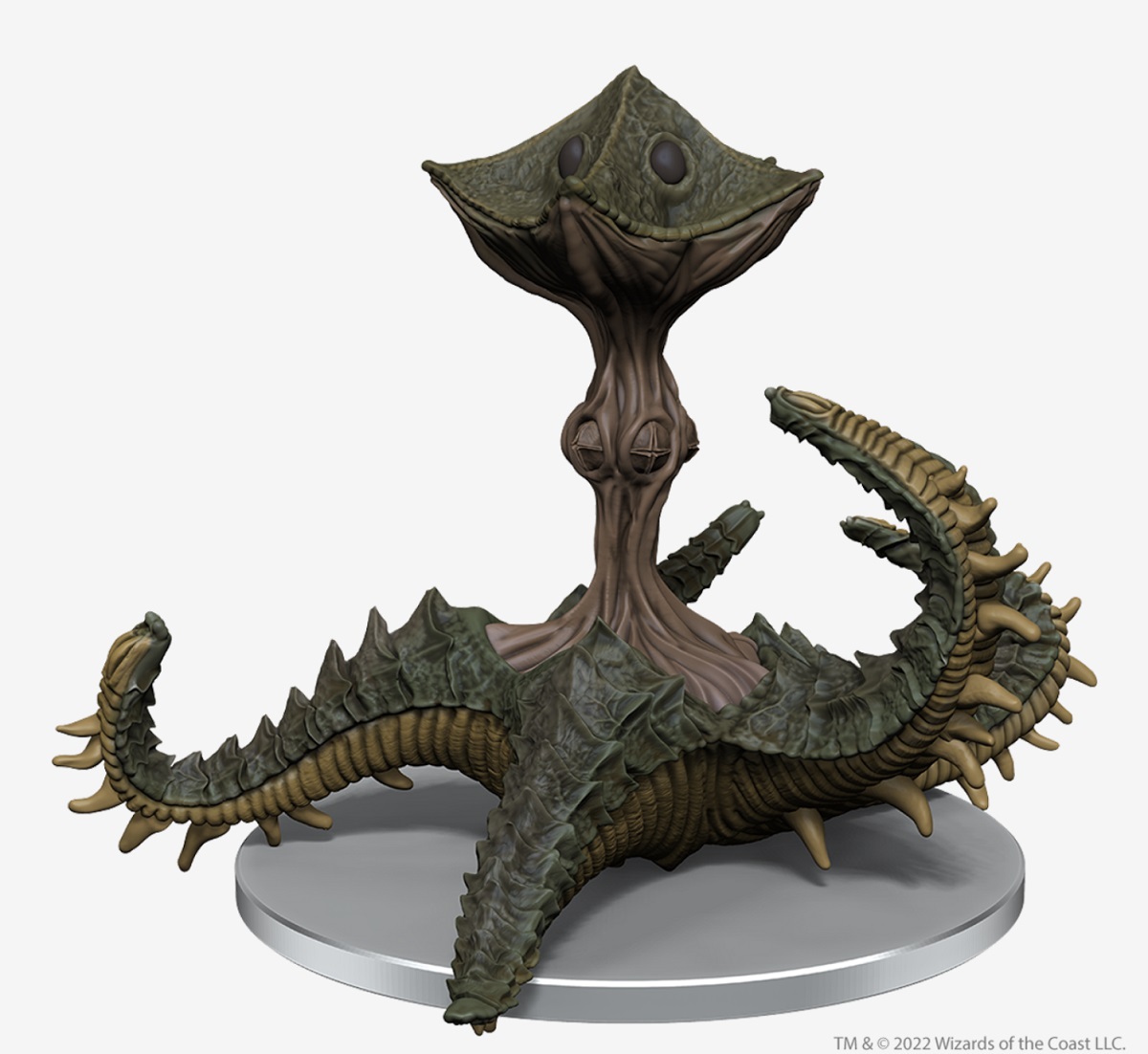 But Dark Sun monsters in Spelljammer miniatures aren’t the only teases we get. Mixed in among the WizKids display there’s so much more. Including a look at some returning favorites. What Spelljammer monsters will get a 5th Edition reimagining? We have a pretty good idea. And they pull out some deep cuts for sure. Up above there’s an Aartuk. Aartuks are sentient starfish like plants who love to eat and cook. 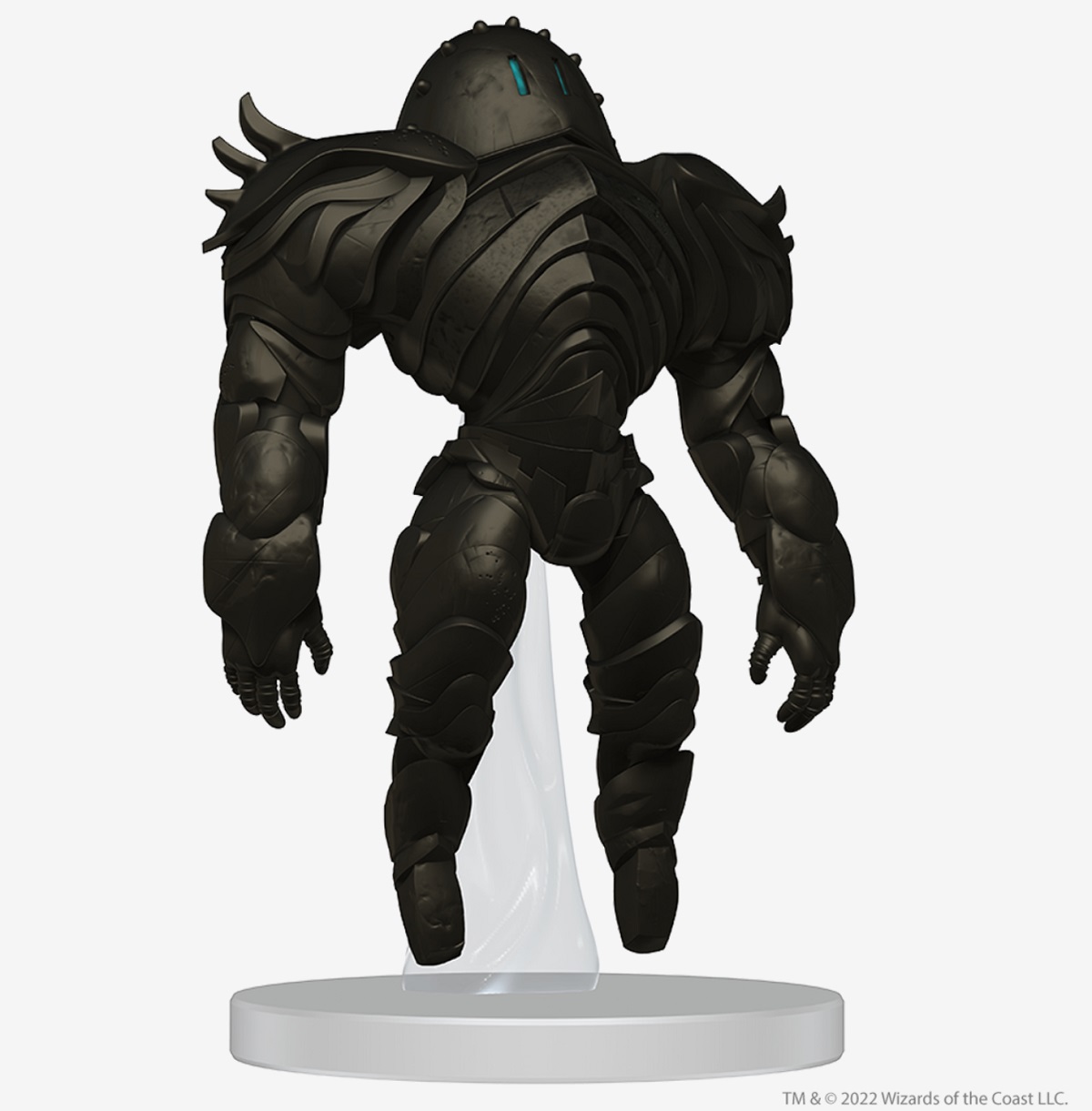 This is a Zodar. These are creatures with identical bodies surrounded by an exoskeleton of obsidian plate. In previous editions, they could only speak about thrice in their lifetimes. Within their exoskeletons are powerful muscle fibers that make them fast, strong, and hardy.

And this is just the start. With a mix of old and new monsters from around D&D’s multiverse, what other settings will we see teased when the Spelljammer boxed set comes out?

We’ll have to wait and see! 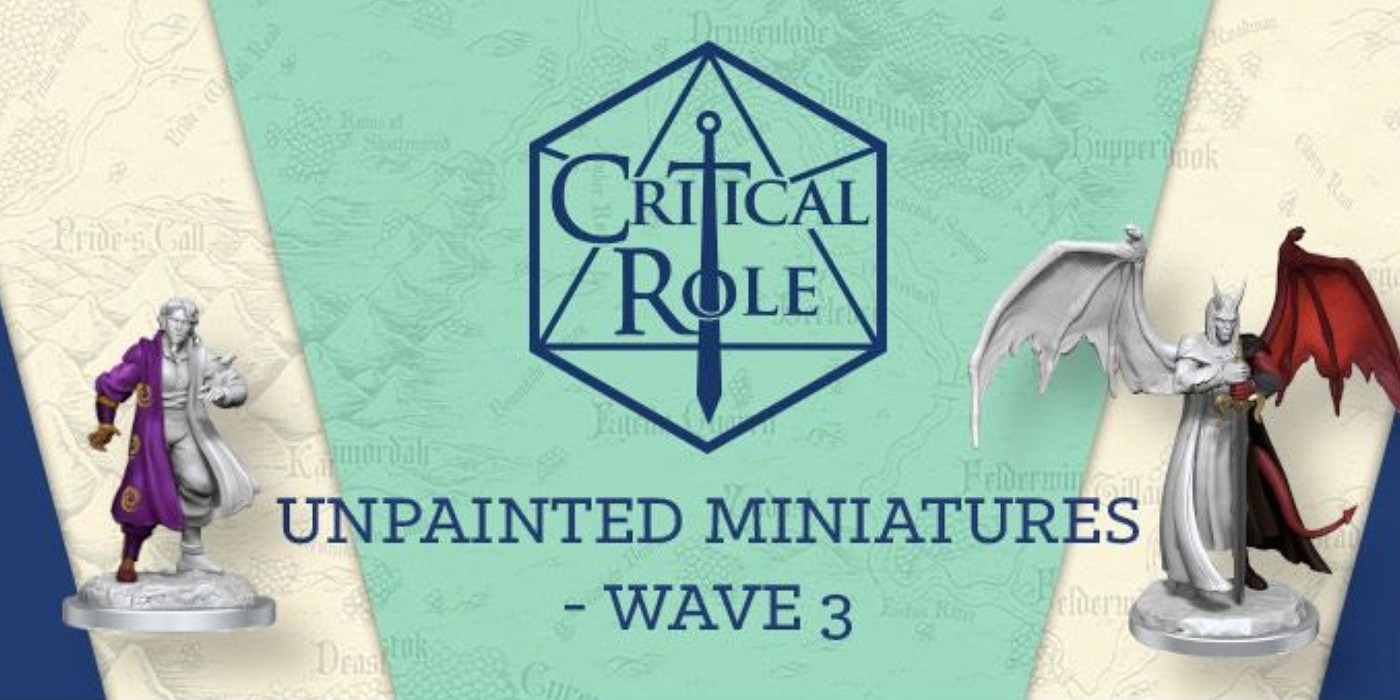