When You Fly This ‘Star Wars’ Ship, You Know the Fun Has Begun – The Jedi Interceptor Breakdown 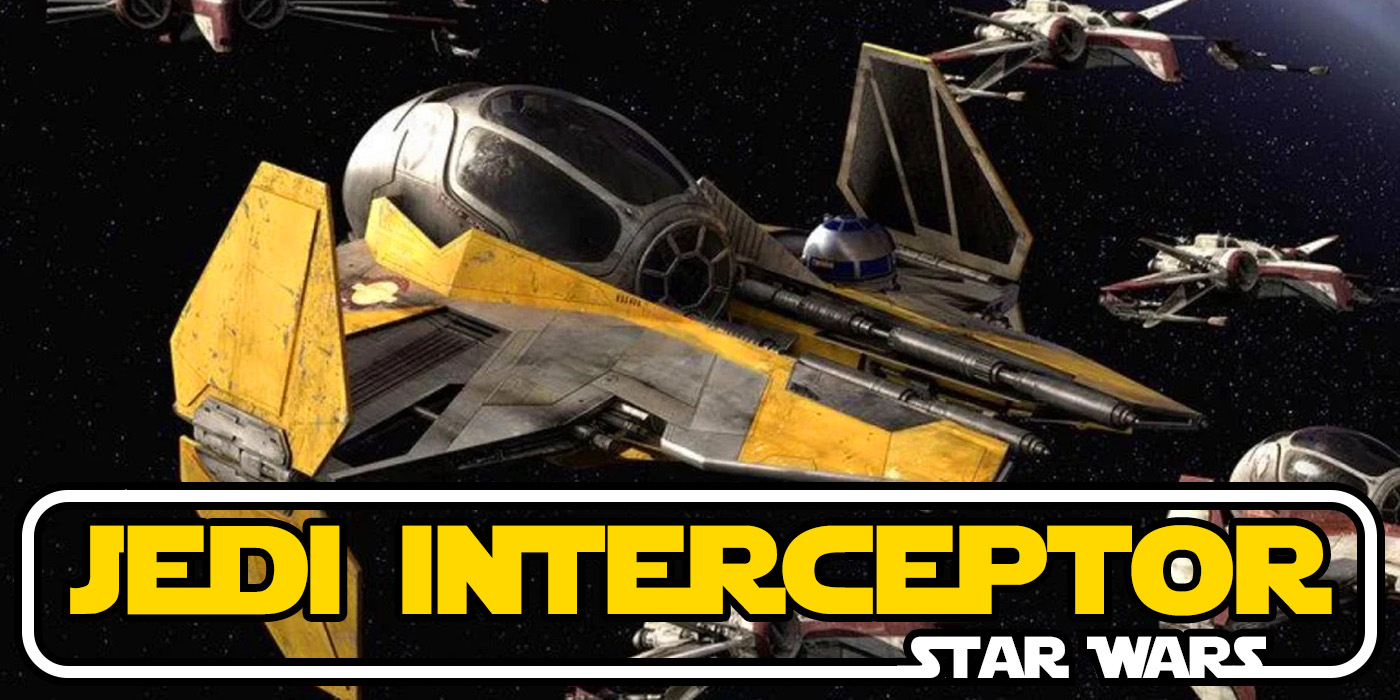 It’s a fun ship to fly, but it might make you kill some younglings. We break down the Eta-2 Actis-class Jedi Interceptor.

The Eta-2 Actis-class Jedi Interceptor cuts a powerful swath through the galaxy during the Clone Wars. Alongside the Republic’s Delta-7 and Delta-7B starfighters, the Jedi Interceptor represented the might of the late-era Republic.

How funny then, that it should be such a diminutive ship. But the designers at Kuat Systems Engineering know their stuff. 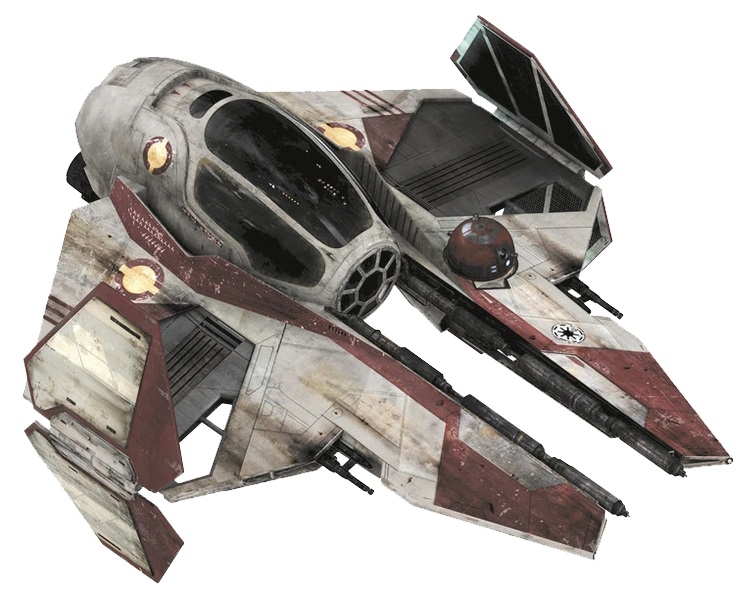 When you give Kuat Systems Engineering a challenge, they deliver. They are responsible for some of the greatest ships in the galaxy. And the Jedi Interceptor is no exception. At 5.47 meters in length, the Eta-2 is one of the smallest profile fighters. In fact, Kuat Systems engineers managed to take even more out of the frame. The forked shape of the Actis-class interceptor highlights “excess” design that engineers managed to remove.

Why? Because these one-person ships were meant to be responsive. Much like the early Aethersprite starfighters, the Jedi Interceptor was designed with the Force in mind. 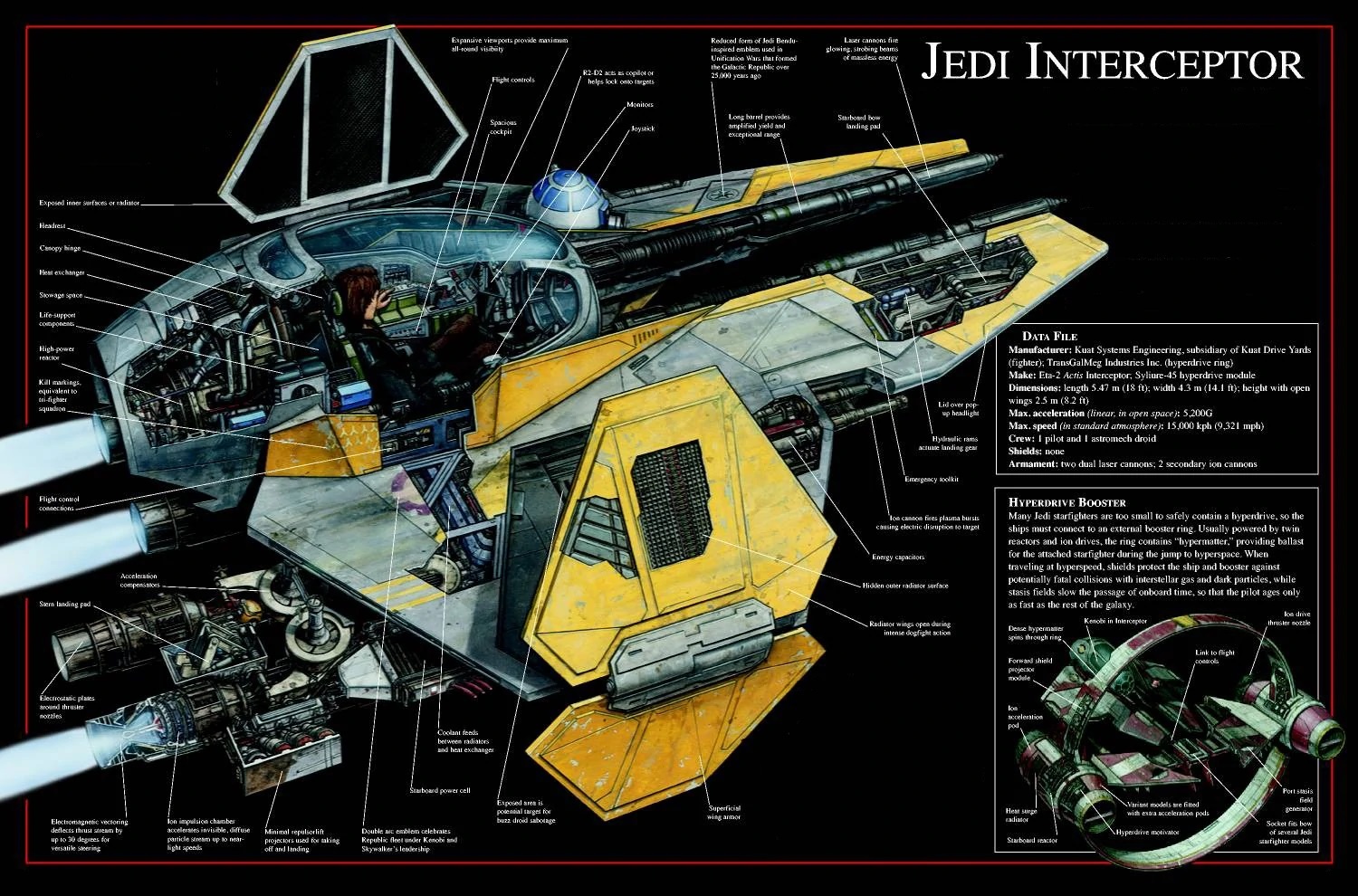 The Eta-2 removes anything extraneous that might hinder responsiveness. Though, despite this, the ship manages room for a full astromech droid socket – a development that came too late for many a Jedi’s astromech.

With all the freed up space, the ship boasted a pair of Twin Ion Engines. Probably nothing to worry about there. But the power these engines could deliver allowed the Eta-2 to reach speeds of 1,500 kph in atmosphere. And it could hit a maximum acceleration of 5,200 G. The ship is fast. 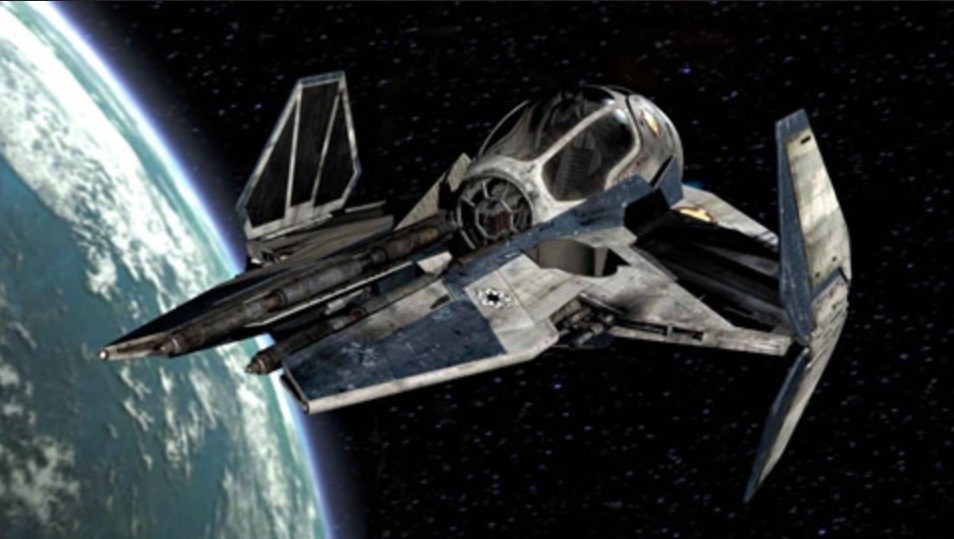 The Jedi Interceptor utilizes an S-foil design to radiate excess engine heat. They also helped the ship be more responsive to control inputs from a pilot. Indeed, armor was secondary on the ship – thanks to the typical Jedi’s remarkable ability to avoid incoming blaster fire.

Owing to the fact that the ship was developed during a war, the Actis-class Interceptor carries a surprising amount of firepower. Typically the ship carried two laser cannons and two ion cannons. But the ion cannons could be removed and the ship retrofitted with a concussion missile launcher instead.

The Eta-2 in the Clone Wars 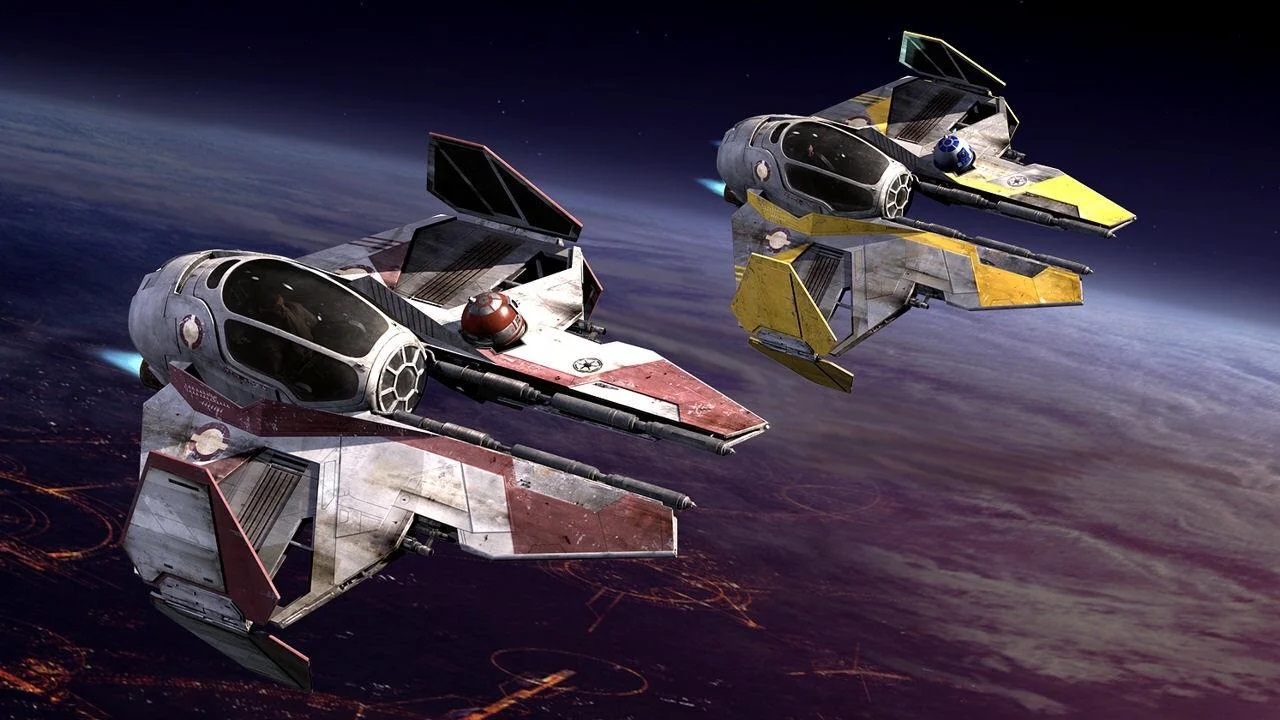 The Jedi Interceptor traded in everything for speed. Including shielding. Though many Jedi protested, KSE managed to sell the Republic on the design.

The Eta-2 first saw use during the skirmishes in the Veil Nebula. There, an Actis-class interceptor, flown by Anakin Skywalker, show down Tofen Vane and his Tempest Zero starfighter. From this successful test, the Jedi Interceptor saw widespread production.

Eta-2s flown by Jedi were seen in many historic battles during the Clone Wars. Skywalker flew his signature Interceptor during the Battle of Coruscant. Saesee Tiin and Mace Windu flew them in missions near Mustafar.

Indeed the signature profile and colors of the ships could announce the Jedi to whole worlds as they flew by.

During the Imperial Era

Of course, the Jedi Interceptor leaves behind a darker legacy. After the fall of the Republic, the Eta-2 became one of the first starfighter models adopted by the new Imperial Navy. Squadrons of Eta-2s painted black and grey heralded the foundation of the Galactic Empire. Anakin Skywalker, now Darth Vader, flew a Jedi Interceptor on his infamous mission to the Jedi Temple.

But the irony doesn’t stop there. Elements of the Eta-2’s design were the initial inspiration for Sienar Fleet Systems when they began work on their own space superiority fighter. And so the Jedi Interceptor, once a symbol of hope, gave way to the terror of the TIE fighter.

Star Wars: New Images From 'Kenobi' Give Us A New Look At The Upcoming Series 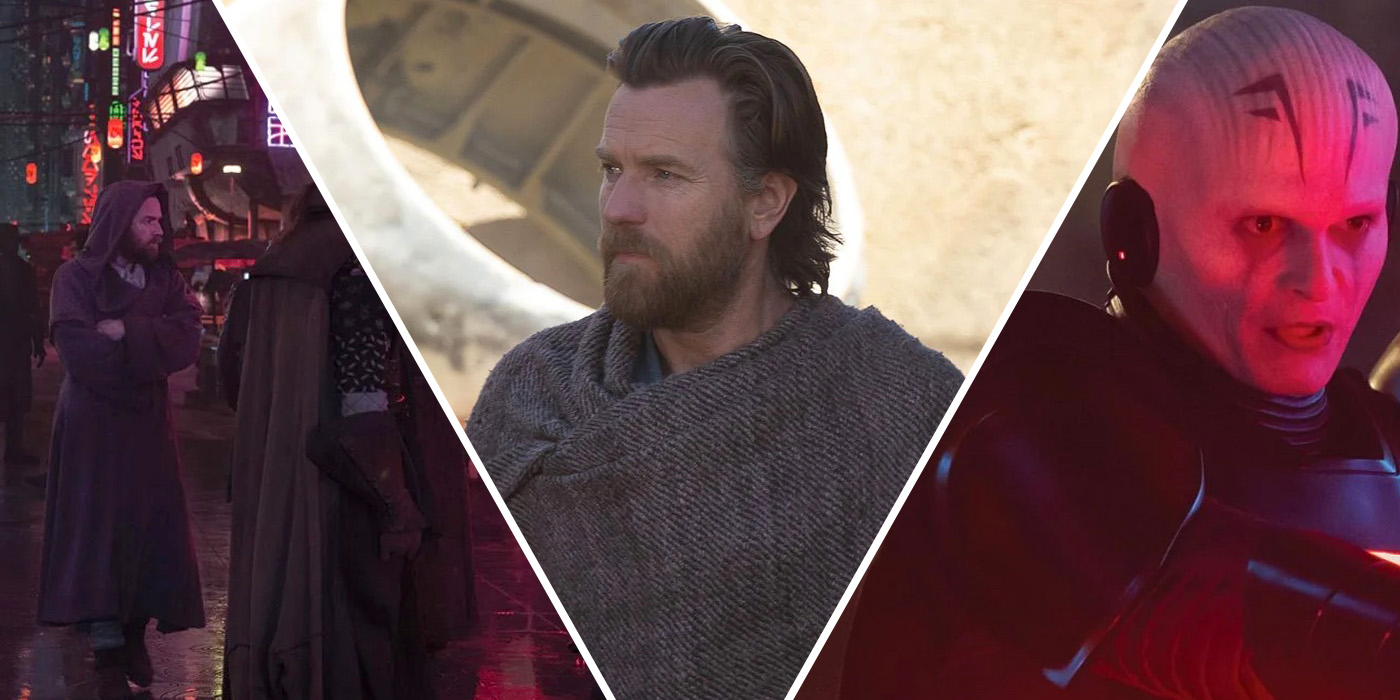