Warhammer 40K: GET TO THE CHOPPA! The First Catachans 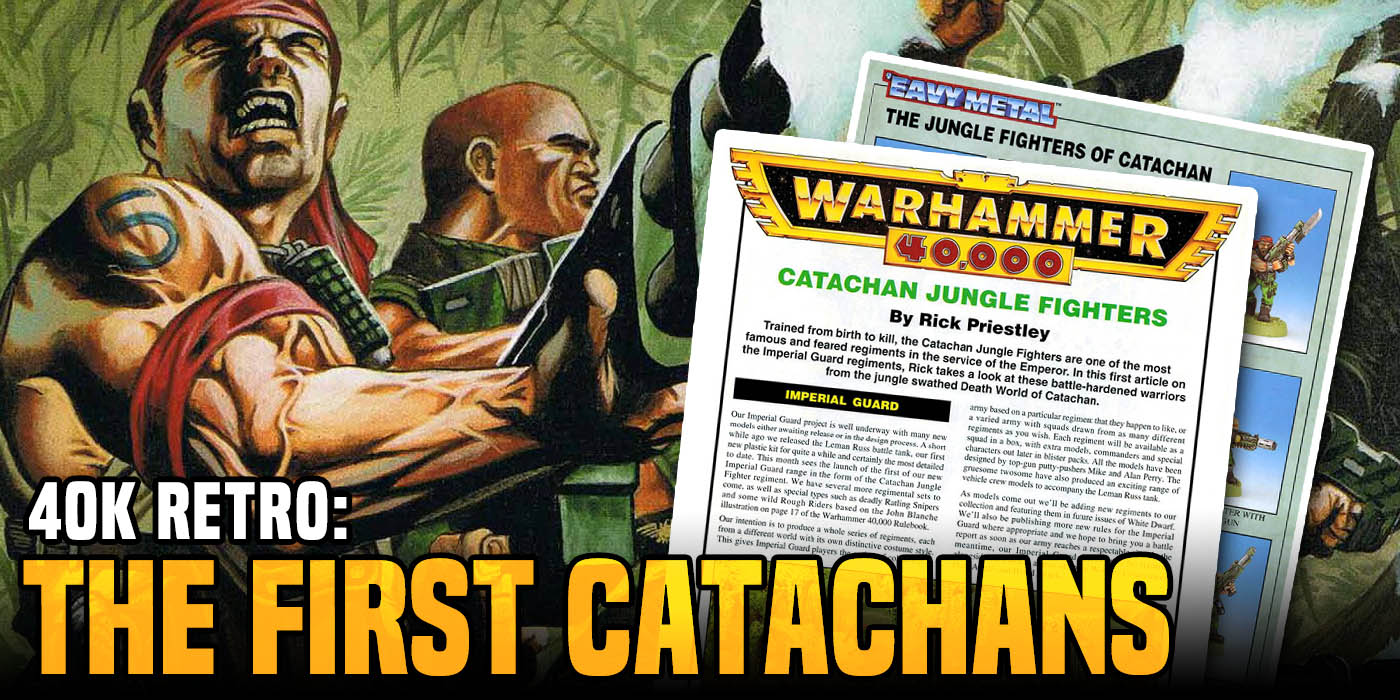 It was the middle of 2nd Edition and a growing Games Workshop was expanding the all new Imperial Guard. Out was the old Rogue Trader Imperial Army, and in was the set of famous Regiments that are with us to this day. Each month was full of new minis and the universe was expanding before the player’s eyes. 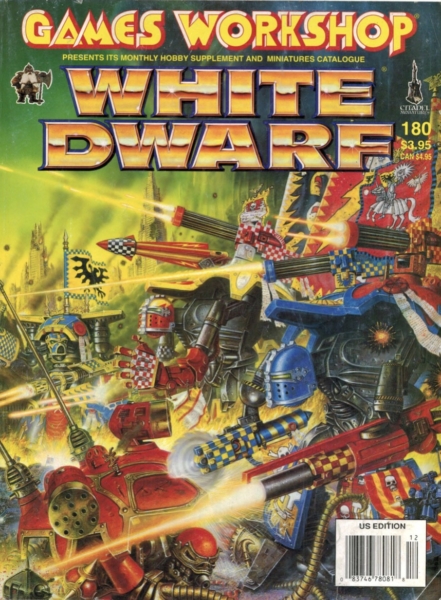 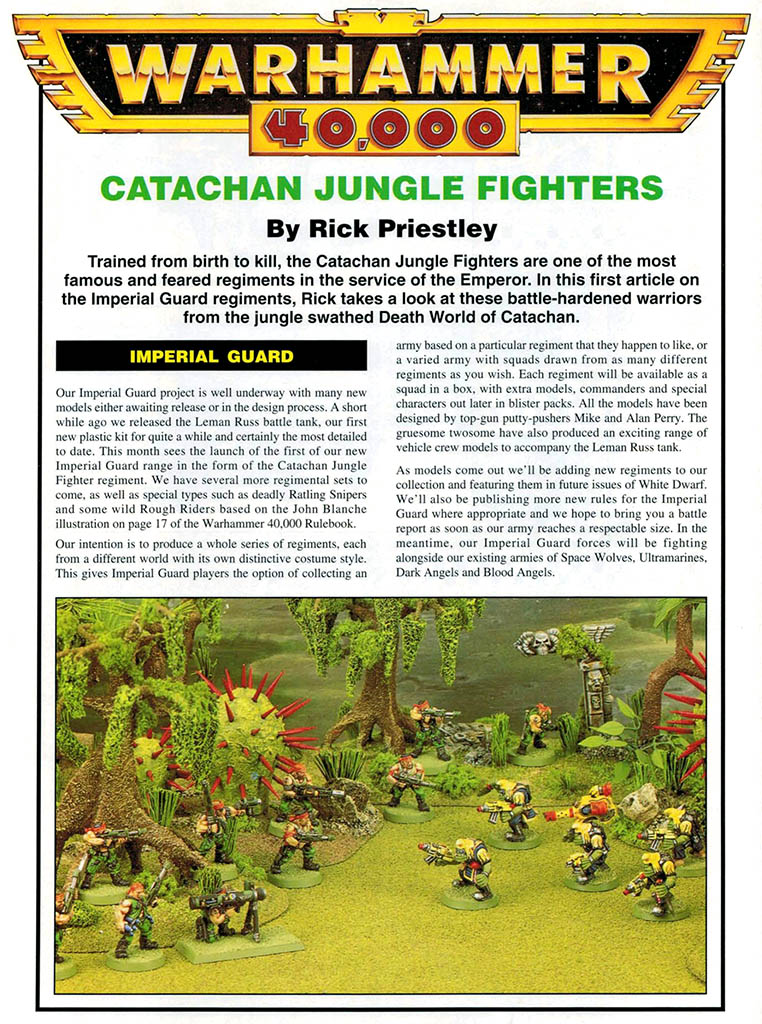 I am loving that retro homebrew terrain! Nothing says alien world like the classic toothpicks-in-foam-ball terrain pieces. Every veteran 40k player has one of these lucking about in a dusty closet. 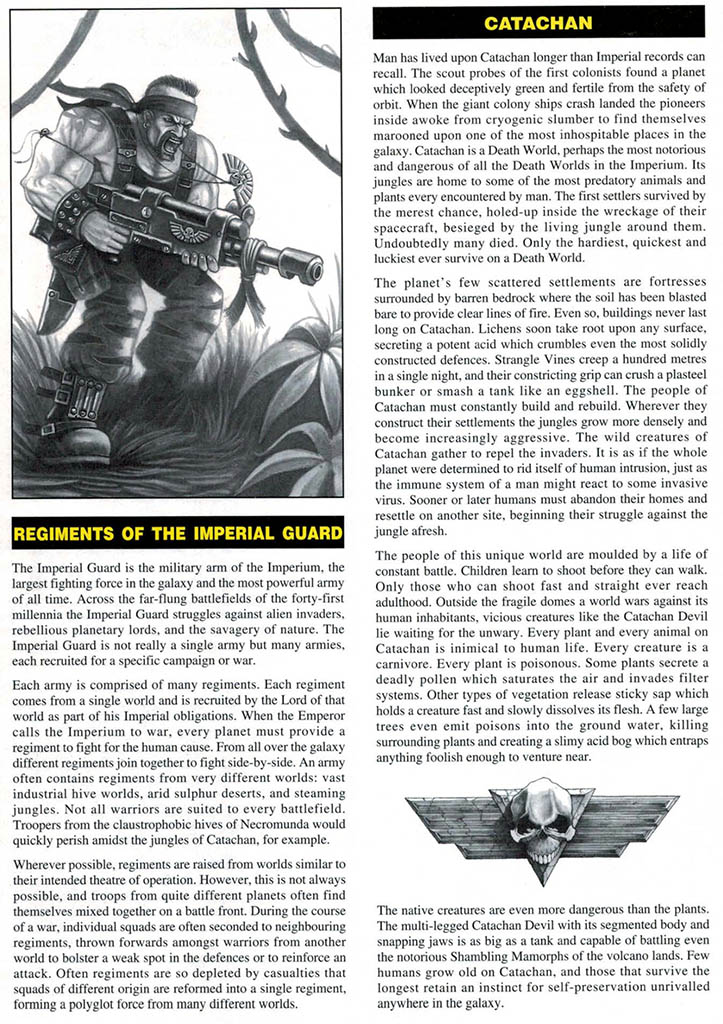 Here is the original background on Catachan, its death world environs, and the alpha predator culture that evolved to survive on it. You get the link and call-back to the Catachan Devil, one of the original beasts from the Rogue Trader hardback, now given context and a home. 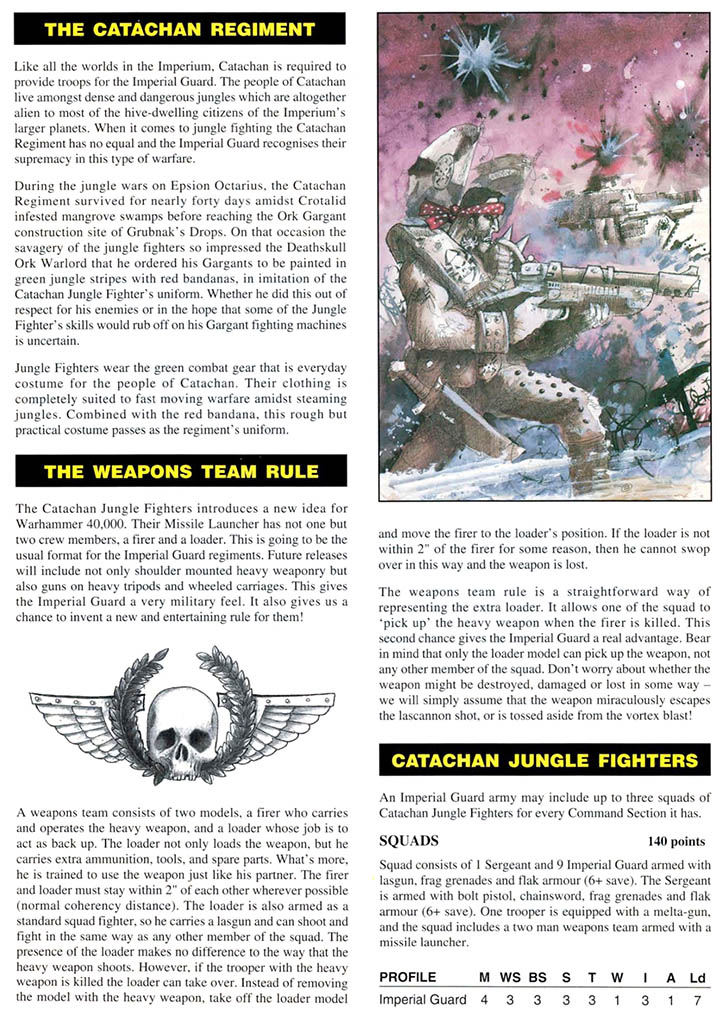 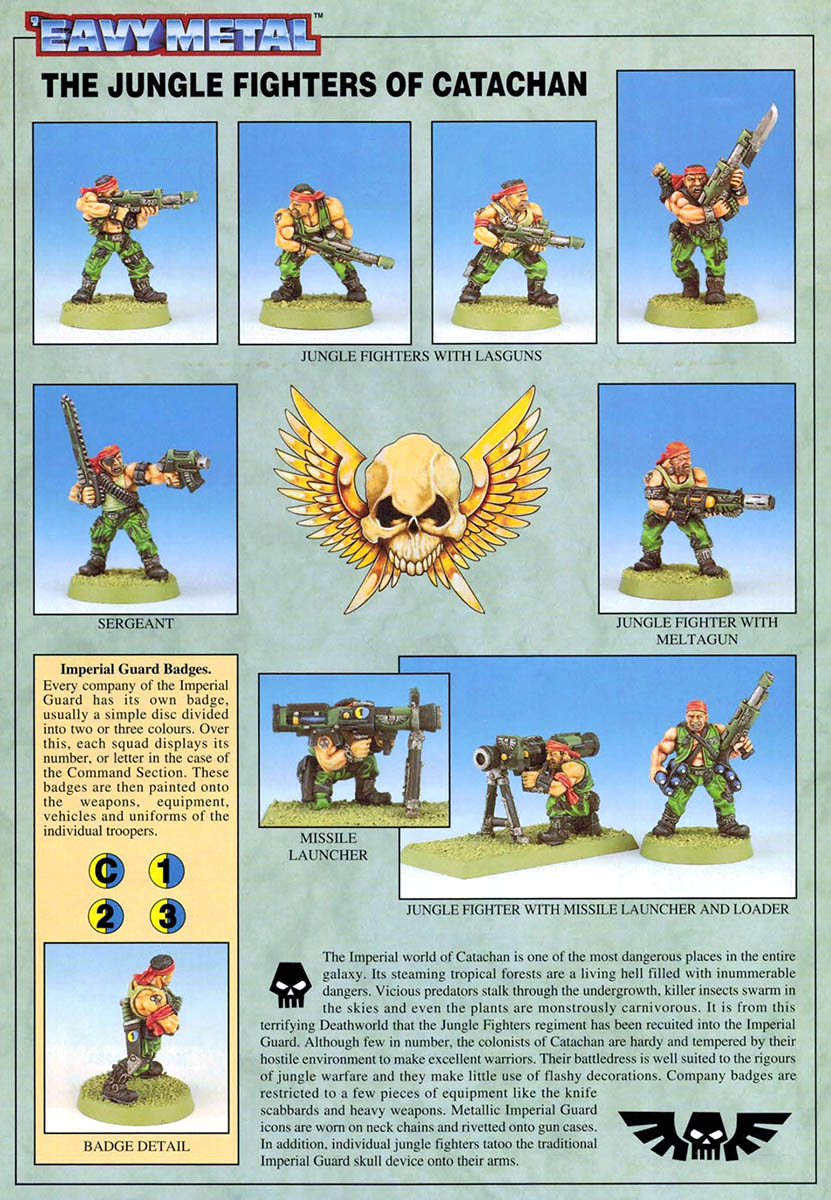 Catachans ain’t got time to bleed, nor shave. But there’s always time for tats. 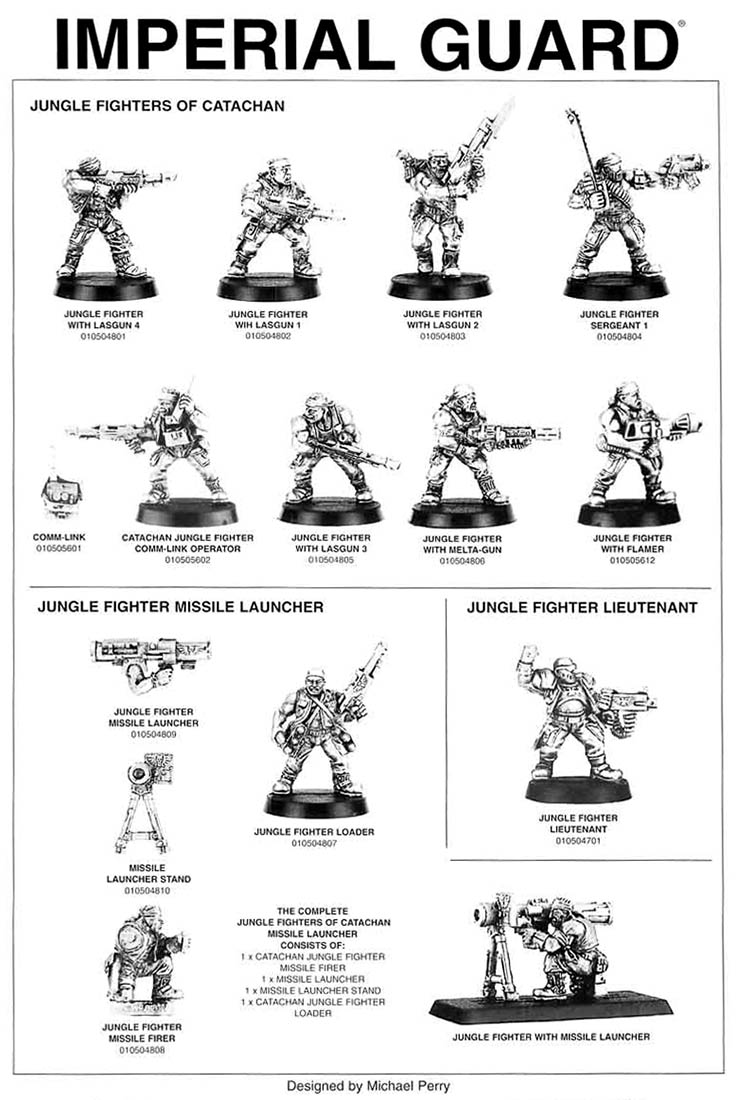 Ahh, the original metal Catachans designed by Michael Perry. These tough hombres weren’t as over the top muscled up as the later plastic kit, but all the basics are in place. The vests, the red bandanas, the roided out upper-bodies, the tattoos, the disdain for any visible armor. This is where it all came from 28 years ago.

Over the last year or so we’ve seen GW kick out a handful of new Limited Edition minis including Sly Marbo, and you can see a pattern forming. 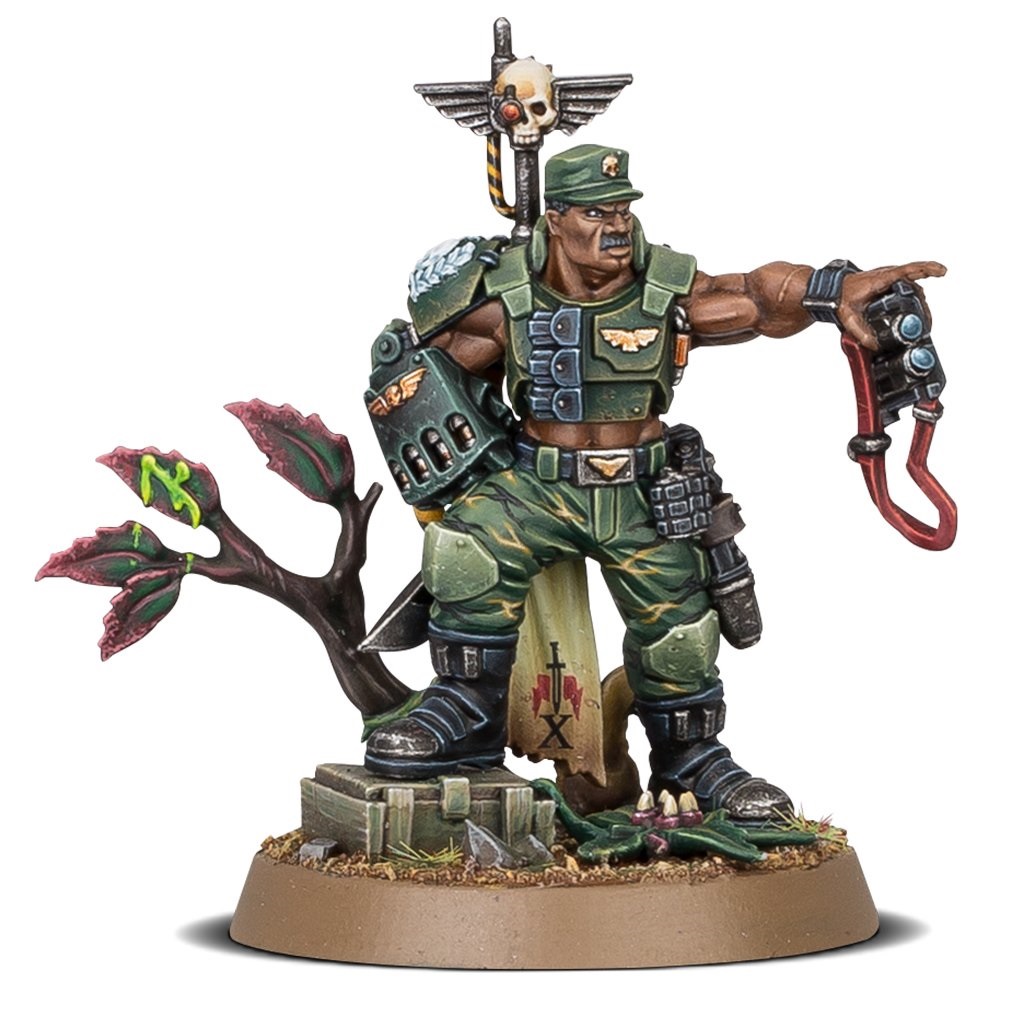 Let’s hope this means the Catachans are getting some love in a future – (hopefully not dead last 9th Edition) Astra Militarum release. 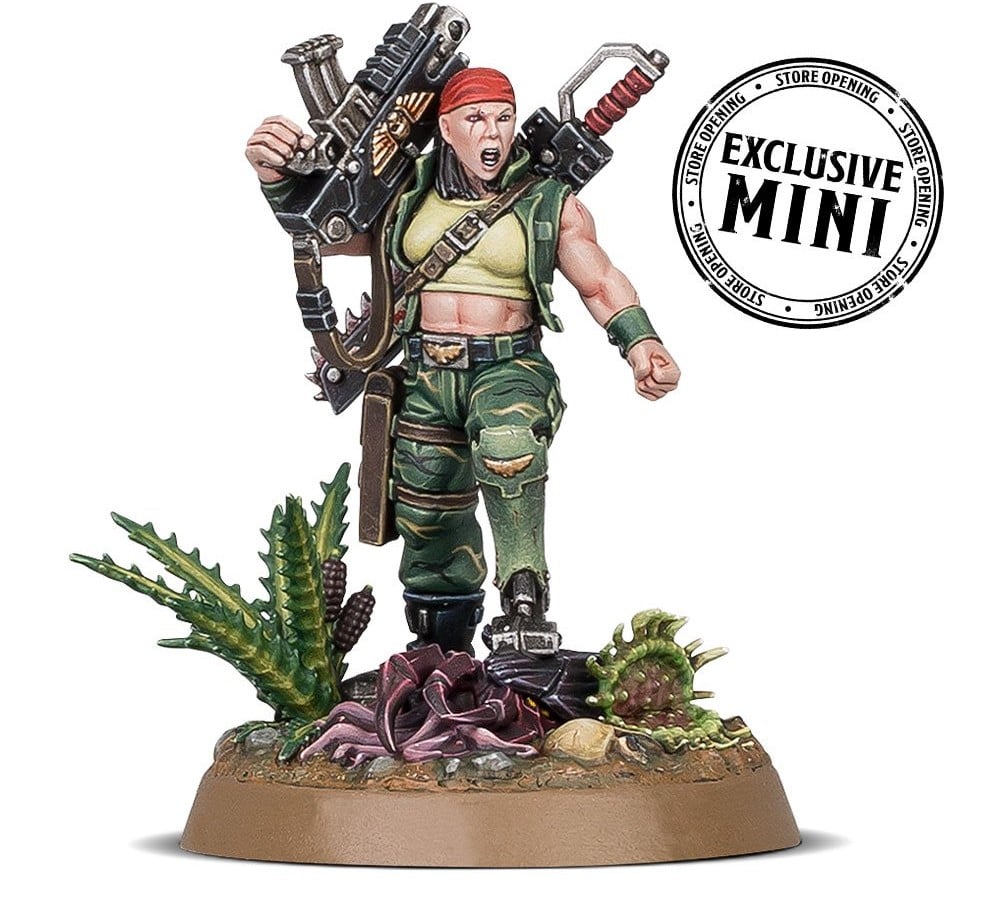 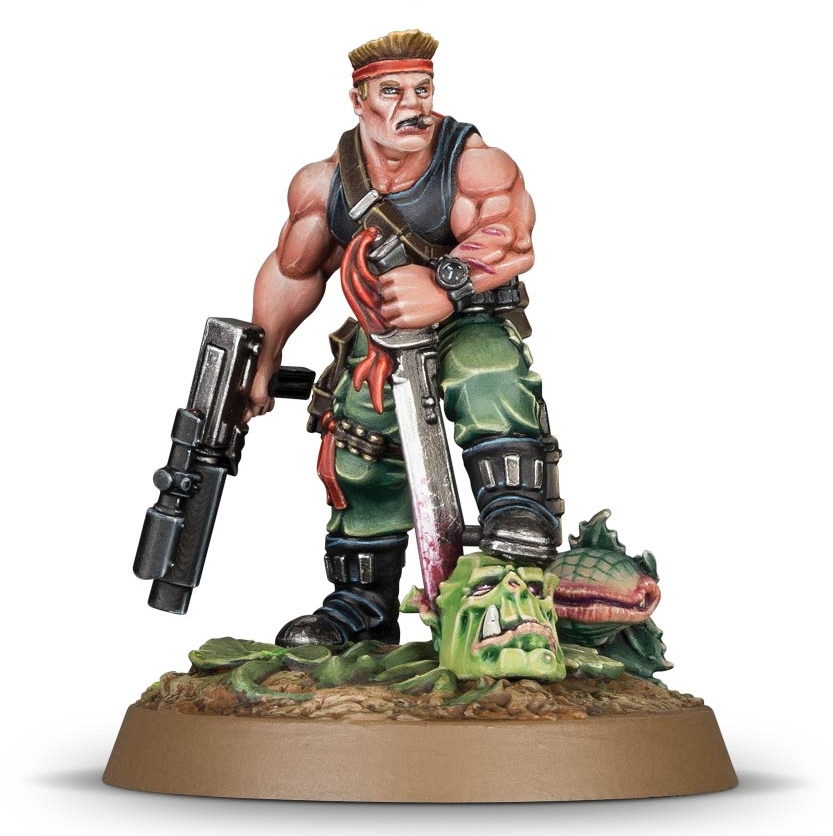 When GW gets around to redoing the Lictor in plastic (OMG, how is it still Finecast in 2022!), they better put all these together in a special set.

Author: Larry Vela
Dad, Gamer, Publisher, Pilot, Texan. All games all the time since junior-high. I started BoLS Interactive in 2006. I’m a lifelong tabletop & RPG gaming enthusiast, and internet publisher working to entertain and inform my readers every day. I've been playing RPGs and Tabletop Games since the 1970s. I'm been playing and covering Warhammer and Warhammer 40K for over 35 years.
Advertisement
Astra Militarum Miniatures Retro Games Warhammer 40k
Advertisement 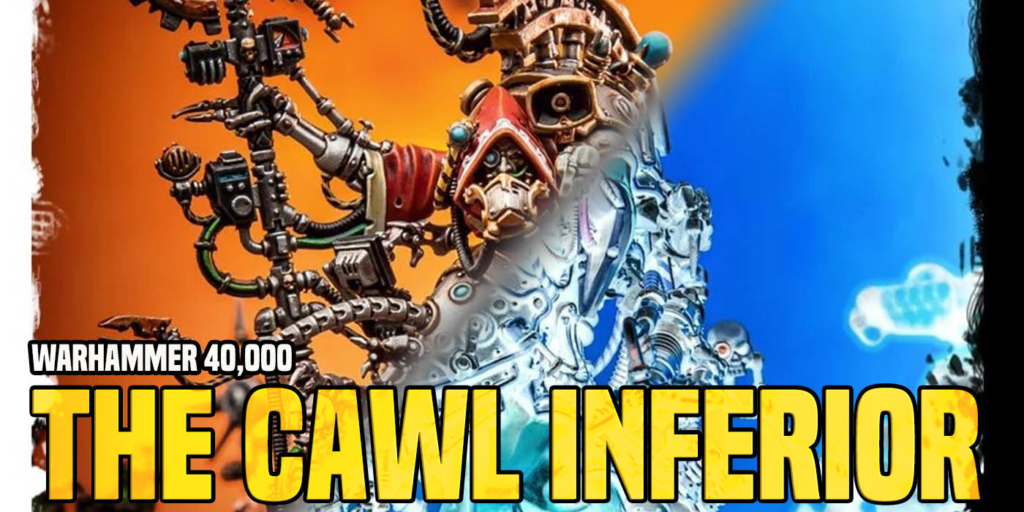