Warhammer 40K: The Most Mysterious Races Of The Grimdark 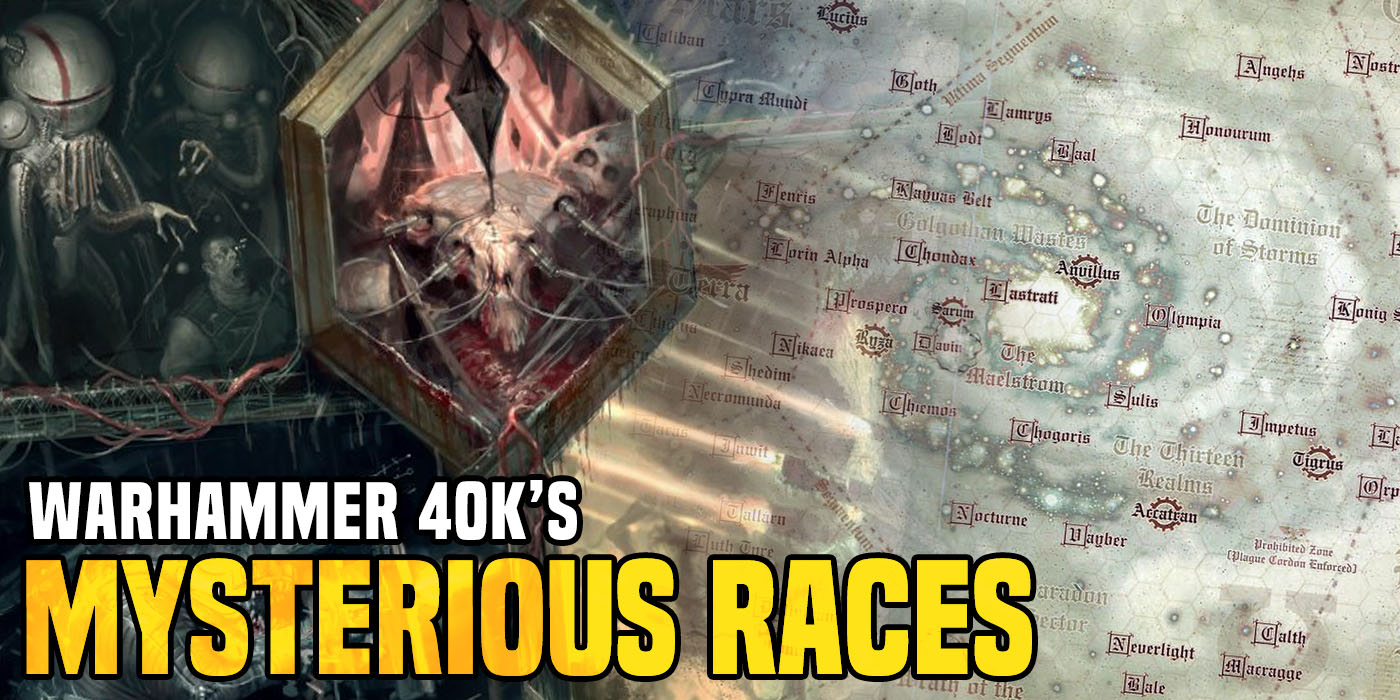 First off, what exactly are the Xenos?

The major alien races are the Orks, Eldar, Dark Eldar, Tyranids, Necrons and the Tau. All these races pose a considerable threat to the survival and continued dominance of mankind. There are countless other races but all are trivial by comparison.

The Imperium considers humanity the rightful rulers of the whole galaxy. Part of the Imperial Creed is that all aliens judged to pose a threat to mankind’s survival must be contained or destroyed. Aliens, along with mutants, heretics and deviants, are all considered enemies of mankind, for they threaten the very survival of the human race.

Many new alien races and civilizations are discovered by Imperial Explorators every year. For the most part, these aliens are ignored, contained, or if they present a threat to mankind or the Imperium, eradicated. Throughout its history, the Imperium has fought many long wars with dangerous alien species. In most cases, the Imperium has eventually won, but in some, the threat has only managed to be contained. 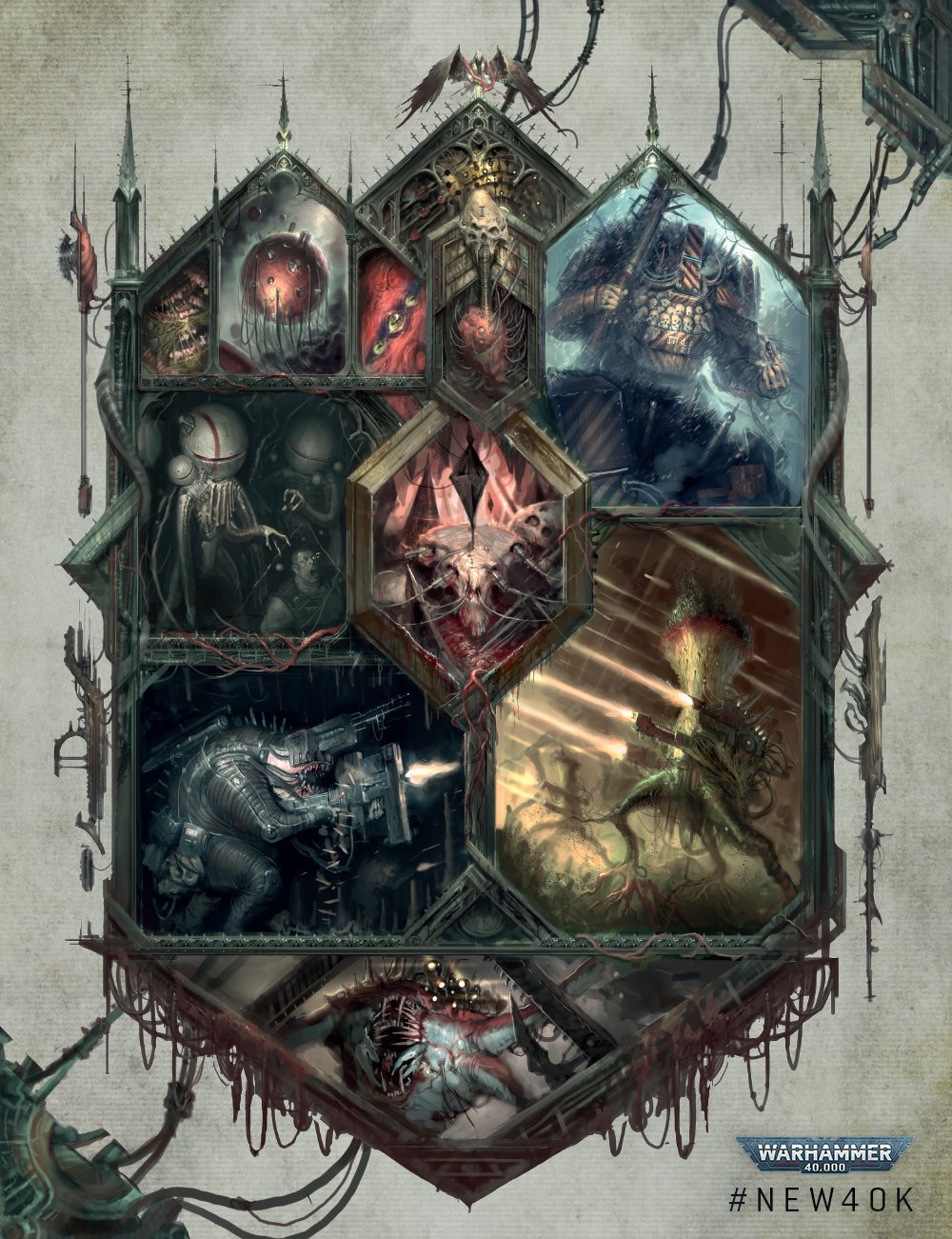 With a universe of lore the Grimdark has had it’s fair share of races that popped-up on the radar and have gone dark. Where did they go? What happened to them? Are they coming back? Frankly, we don’t know for sure. What we do know is that we’d love to see more from these races in the future. 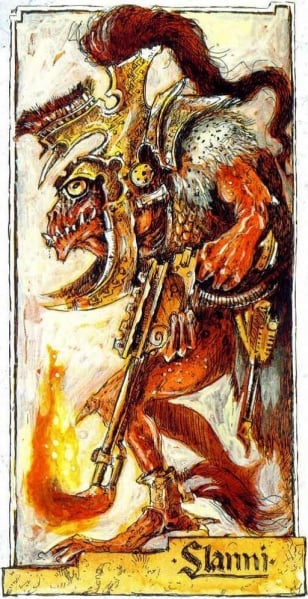 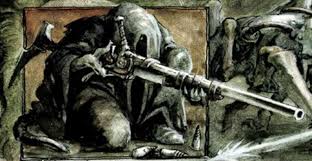 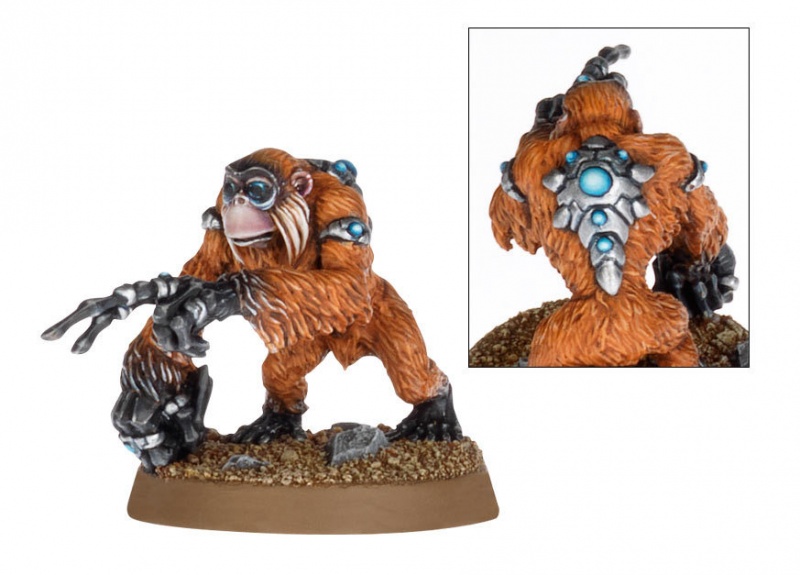 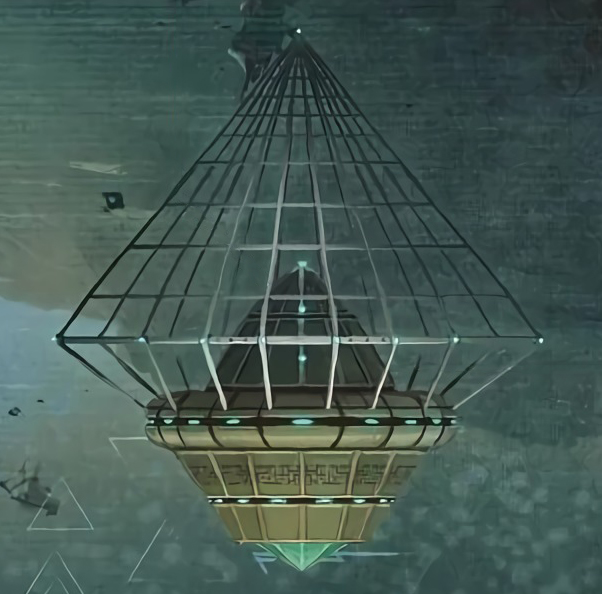 Squats (aka Leagues of Votann) 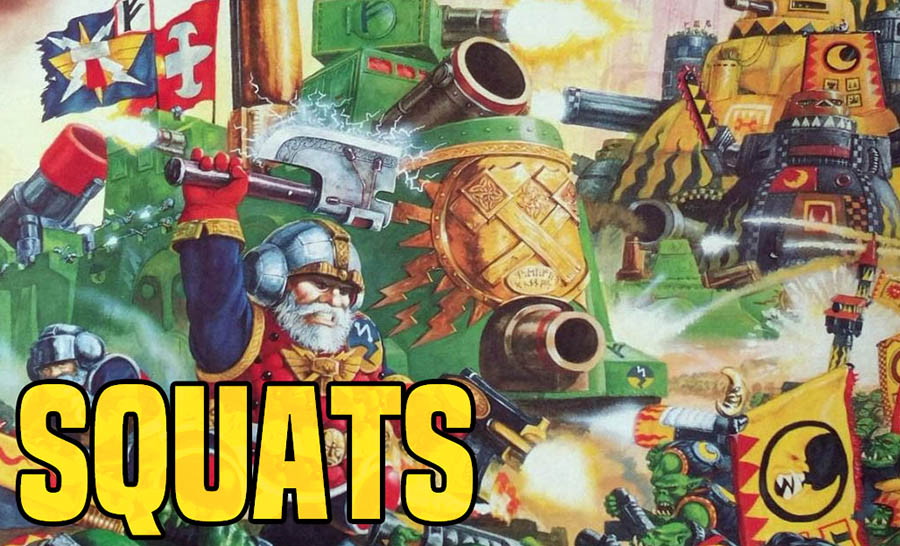 Squats were once the most widespread of the abhuman races. They used to have an army list for Warhammer 40k with an entire range but they were “Squatted” – which is to say they were removed from the game. For the last decade remnants of them still remained sprinkled into 40K lore. 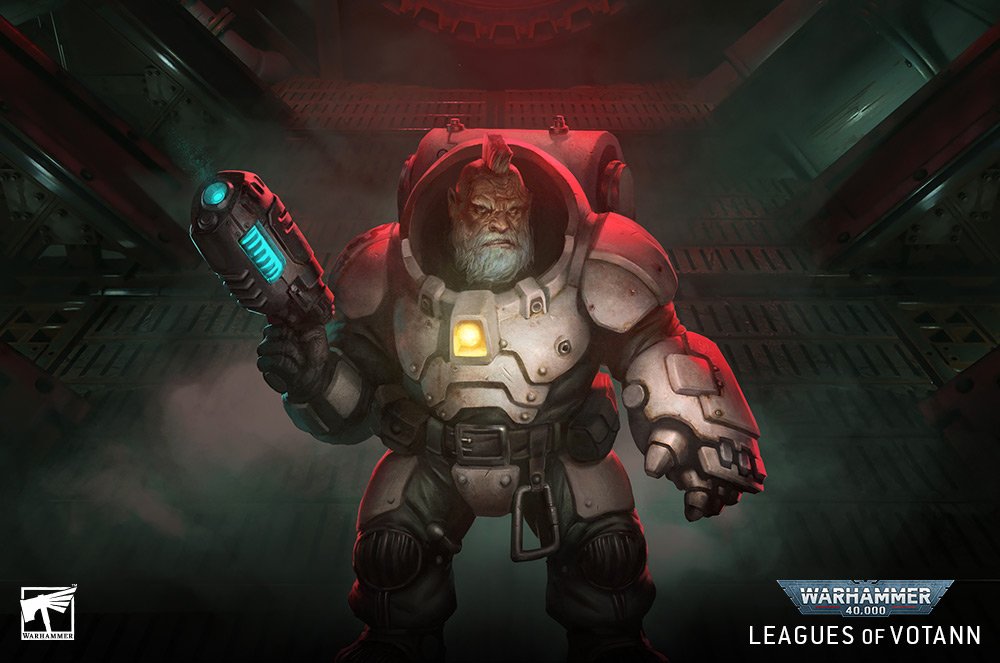 Games Workshop has recently created a few one-off Squat Minis. But SURPRISE! They are coming back in 2022 reimagined as the Leagues of Votann. The real mystery is exactly how GW will explain or retcon their disappearance for 20 years.

For my money, the Rangda are maybe the scariest xenos race you’ve never heard of. So potent they killed off a Legion’s worth of Marines before being wiped out. Worse still, they may have been merely a slave race to a higher power! The Rangda are truly one of the Grimdark’s boogeymen. Read on for all the chilling details. 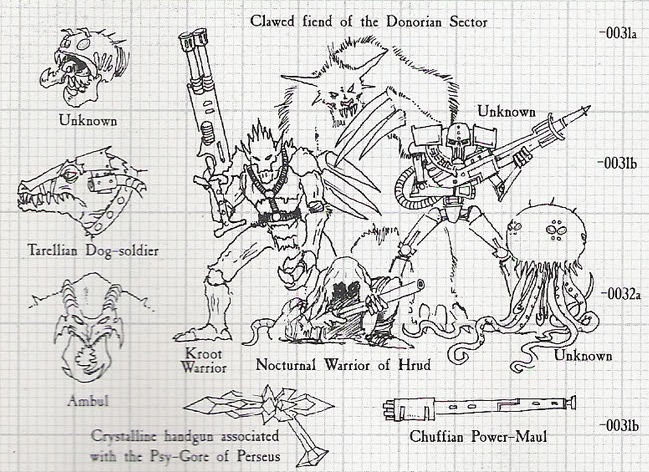 The Rangda were a violent and powerful Xenos “Cerabvore” species encountered by the Imperium during the Great Crusade. They originated from a homeworld of the same name. Though now a footnote in history, the Rangdan Xenocides were a massive series of campaigns fought for Humanity’s survival. Over the campaigns 80,000 Astartes and millions of Imperial Army gave their lives to hold back the Rangda and their slave cohorts. There are subtle implications the Rangdan Xenocides may be related to the “Missing Legions & Primarchs”.

The Rangda were first encountered by the 105th Pioneer Company of the Vth Legion in the northern rim of the Galaxy and were recognized as a grave threat and engaged by the First Legion of Astartes. During the Rangdan Xenocides, the Rangdan invaded from the galactic north and east. In the bloodiest war for the Imperium until the Horus Heresy the Rangdan were halted, at great cost to the Imperium and the Dark Angels especially.

The Rangdan were described as possessing “Slaugth murder-minds”, suggesting they may have been a slave species to the Slaugth species. Indeed, the Slaugth have been seen following the wake of the Rangdan, harvesting the dead and any survivors they come across. The Rangdan were feared for their mimicry abilities, and their ships had a brutal appearance of spines and flails which dragged behind the vessels like metallic tentacles, giving them the appearance of jellyfish. Their elite warriors were said to be the match for a Space Marine in combat, wielding weaponry perhaps even superior to the Imperium and protected by personal energy shielding. Their preferred tactic was to use vast legions of slave armies and send them against the foe, exhausting them until selecting the right moment and place to strike. Their campaigns were conducted by Warmasters while their slave-controlling elite were known as Overlords.

Their warships fired radioactive electromagnetic blasts known as Shadow Blasters for the ominous shadow they left behind of their victims. They were capable of creating vast artificial war-moons manned by millions of slaves who were controlled via neural collars. 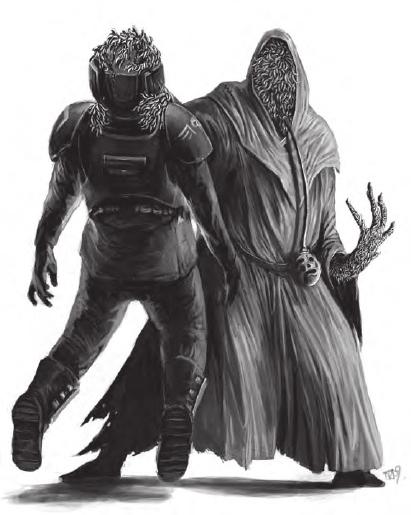 The Slaugth are known as “maggot men”, “dream eaters” and the “carrion lords” whose bodies and minds are completely alien to humanity. Their roughly humanoid form stands roughly as large as three meters in height. This body has hundreds of writhing maggot-like worms covered in a viscous, necrotic mucus. These traits allow them to stretch and reform their bodies at will whilst allowing them to move with on obscene boneless fluidity along with the capacity to regenerate at startling speed. Slaugth are impervious to age, disease, poison and are vulnerable to only the most extreme of injuries. Their alien minds are coldly savage and are psychic voids filled with a monstrous hunger for the dead. They are able to produce necrotic fluids from their body tissues, consisting of flesh-eating bacteria and molecular acids able to liquefy flesh or even burn through metal. The strange technology of the Slaugth combined with their unusual appearance has led many to mistakenly believe them to be daemonic beings. They are one of the xenos that conceal their true selves and walk amongst Mankind as if they were Humans themselves.

They are known to be an ageless and patient race with a psyche that is incomprehensible to the human mind though they do share one characteristic that others can understand – namely an addictive hunger. Above all other kinds, the Slaugth crave the dead flesh of other sentient beings, with a particular fetish for consuming cranial matter, which gives them a narcotic experience. Some say that this allows them to consume the memories and knowledge of their victims, and this theory is based in truth. Thus, while the Slaugth gain a more pleasurable narcotic experience from consuming rotting brain matter, they prefer to consume fresher brains for the purpose of gathering information. The memories gained from this process fade within weeks unless reinforced, repeatedily used or externally recorded.

Restraint is not considered a virtue within the racial hubris of the Slaugth, and so they do not see their obsessive hunger as interfering with their intellect. They are known to be extremely intelligent, highly resilient and – by human standards – completely evil

Author: Adam Harrison
Writer, Editor, Texas Native, and Austinite for 15+ years, Adam covers all things Tabletop Gaming. Which includes Warhammer 40,000, Age of Sigmar, D&D, Board Games and everything else that involves dice, boards, cards and a table. A hobbyist, player, and collector of miniatures and games, Adam's current obsession are his Death Armies for Age of Sigmar, his Blood Angels and Tyranids for 40k, and his ever growing Arkham Horror: The Card Game Collection.
Advertisement
Lexicanum Lore Warhammer 40k
Advertisement 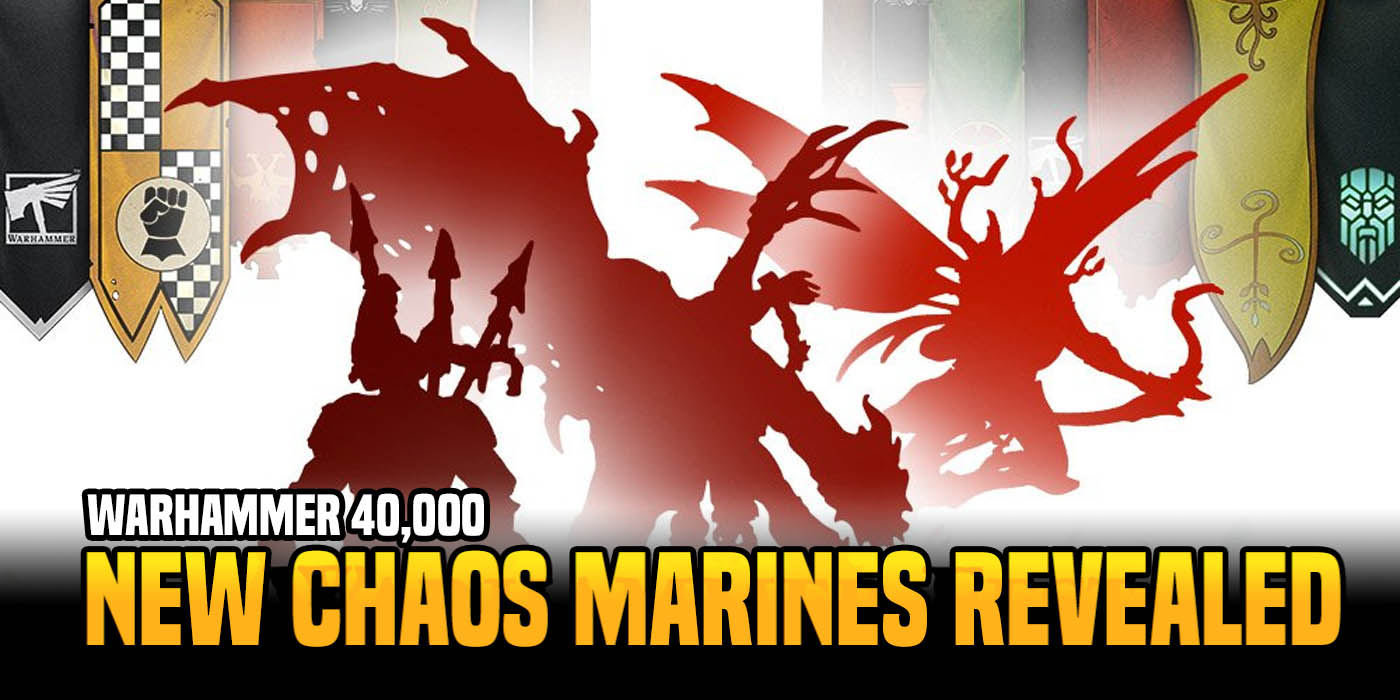