Warhammer Next Week: Battletome Nighthaunt And Daughters Of Khaine 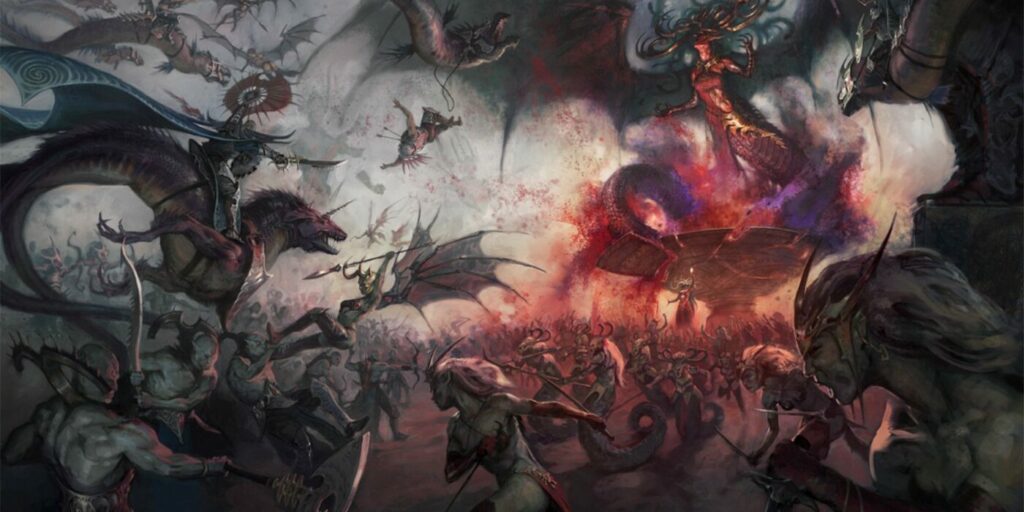 It’s an AoS-stravaganza next week as two new battletomes and a host of miniatures go up for pre-order release.

Good news for the Mortal Realms next week. Depending on which end of these Battletomes you end up on, that is. Battletome: Nighthaunt and Battletome: Daughters of Khaine are out for pre-order release. And alongside them, two new Vanguard boxes full of minis enough to start an army.

But first, let’s get to the books. 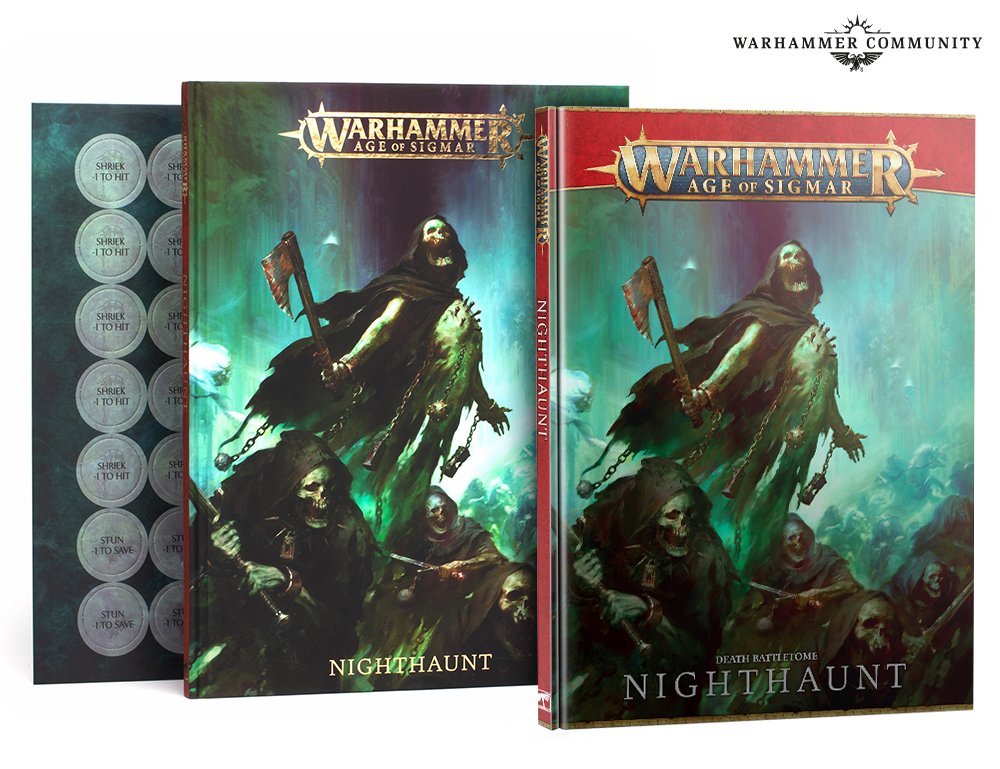 Nagash’s spectral legions are back, and they’re more tortured than ever in their latest battletome. Trapped in undying service to the Supreme Lord of the Undead, they will stop at nothing to swell his ranks by slaughtering his foes. Battletome: Nighthaunt contains everything you need to bring this army to unlife on the tabletop, including battle traits, Path to Glory rules, all the warscrolls, and a sheet of tokens to help you keep track of your terrifying abilities. 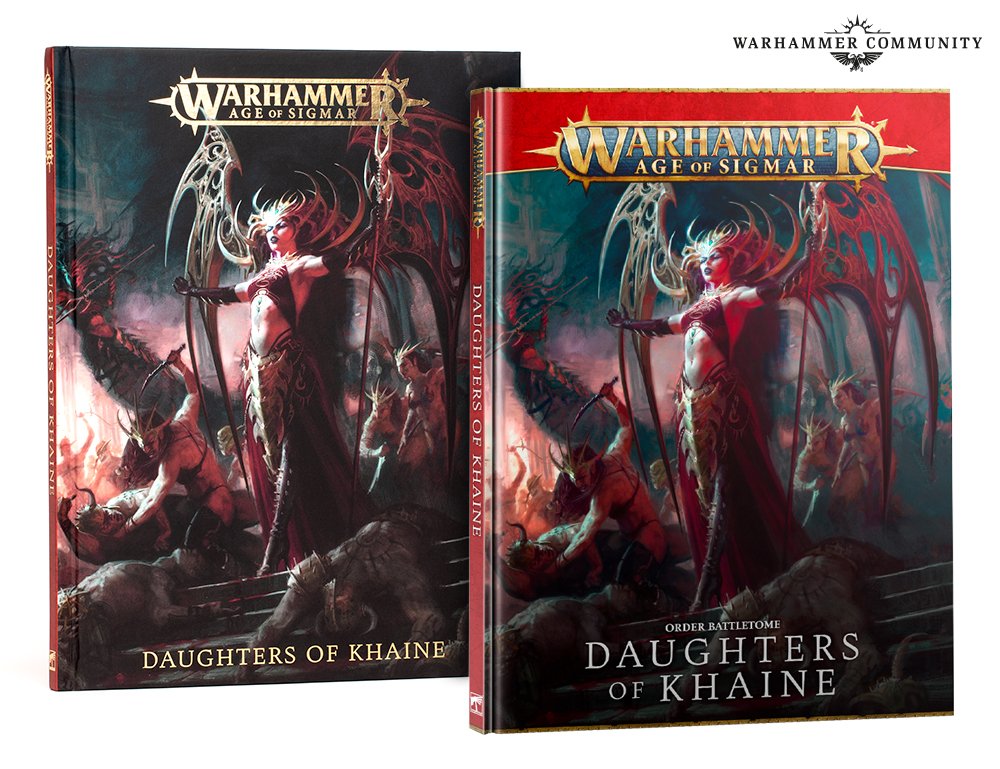 Over in the world of the corporeal, Morathi’s bloodthirsty daughters – and her handful of sons – are getting ready to massacre all those who stand in the way of her rise to power. Discover the story of her apotheosis and bring her cults to the tabletop with Battletome: Daughters of Khaine, which is full new and updated rules, lore, abilities for the six temples of Khaine, a bloody Path to Glory campaign, and more. 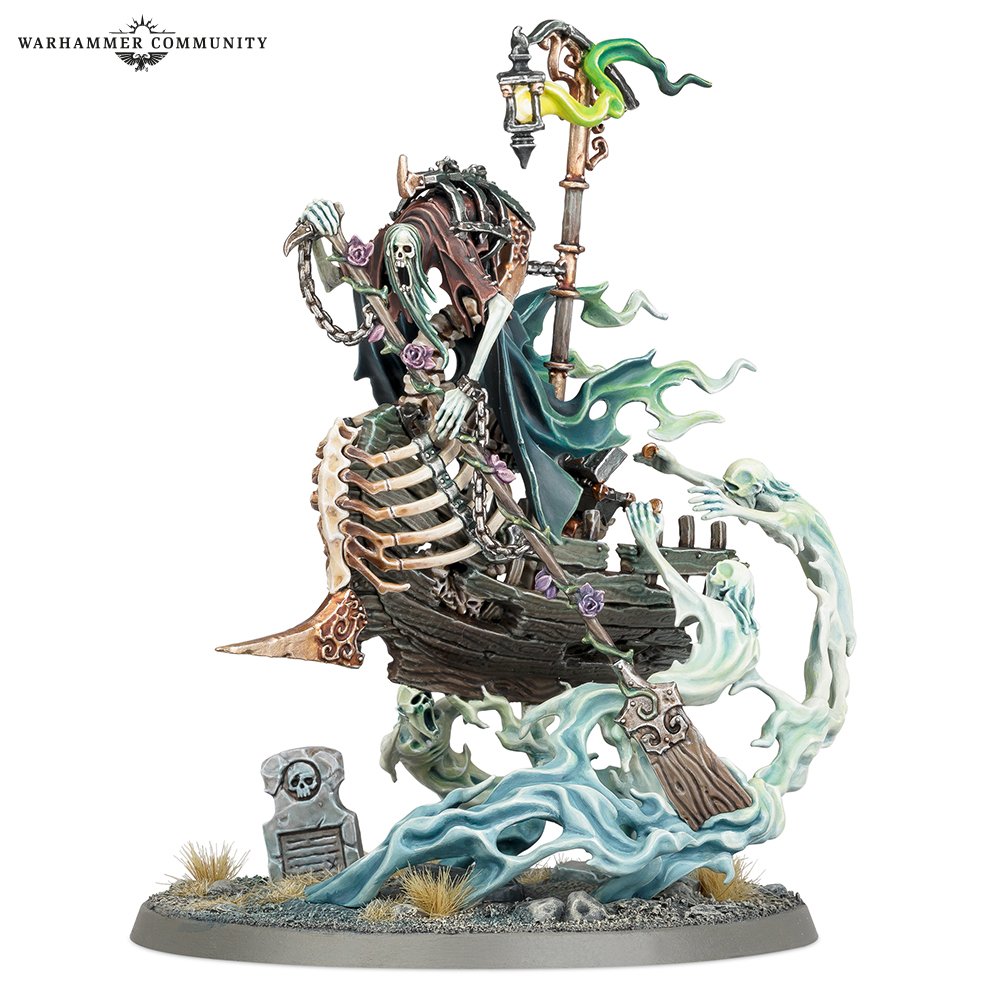 Alongside both of these battletomes come some new Nighthaunts. My favorite is a mariner in possession of a tibia, Awlrach the Drowner. This cursed boatman lured folks to their deaths in life. And now in undeath he serves as a sort of ferry for ghosts. 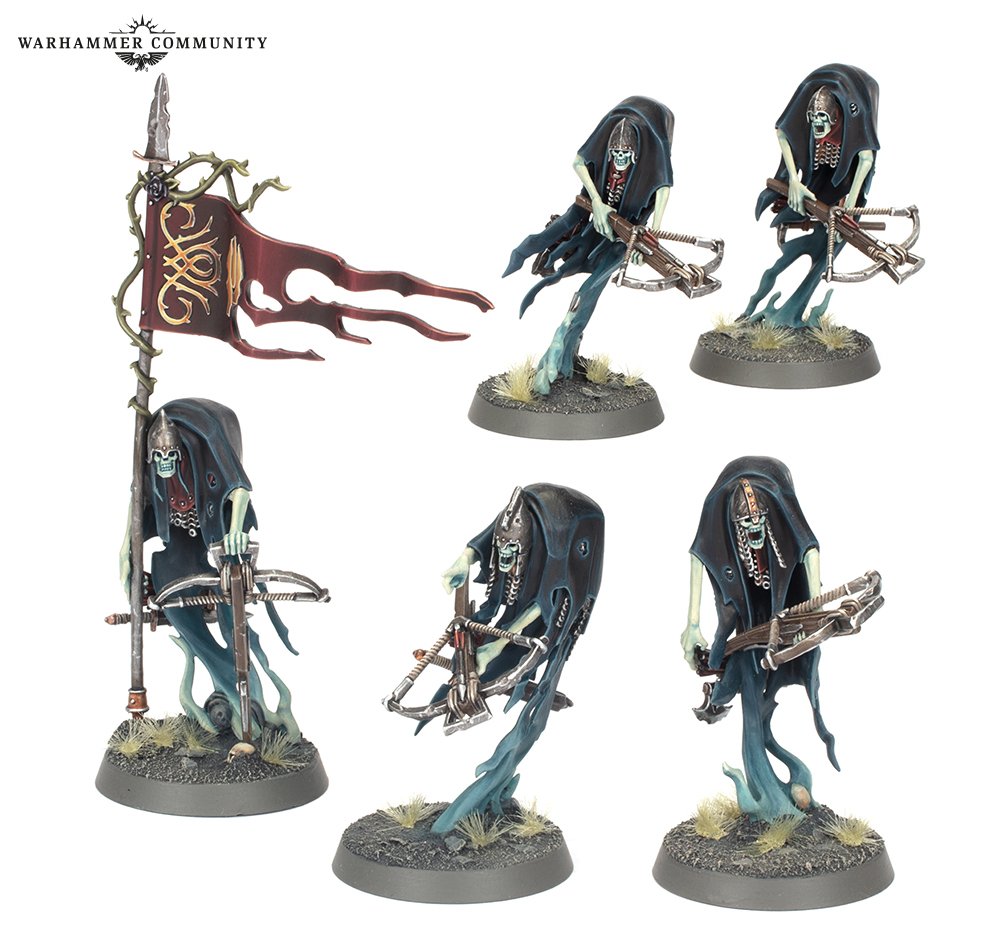 Then there’s the Craventhrone Guard. They protect the Craven King, as you might expect. And they have both wallhacks and crossbow bolts that can fire through terrain. 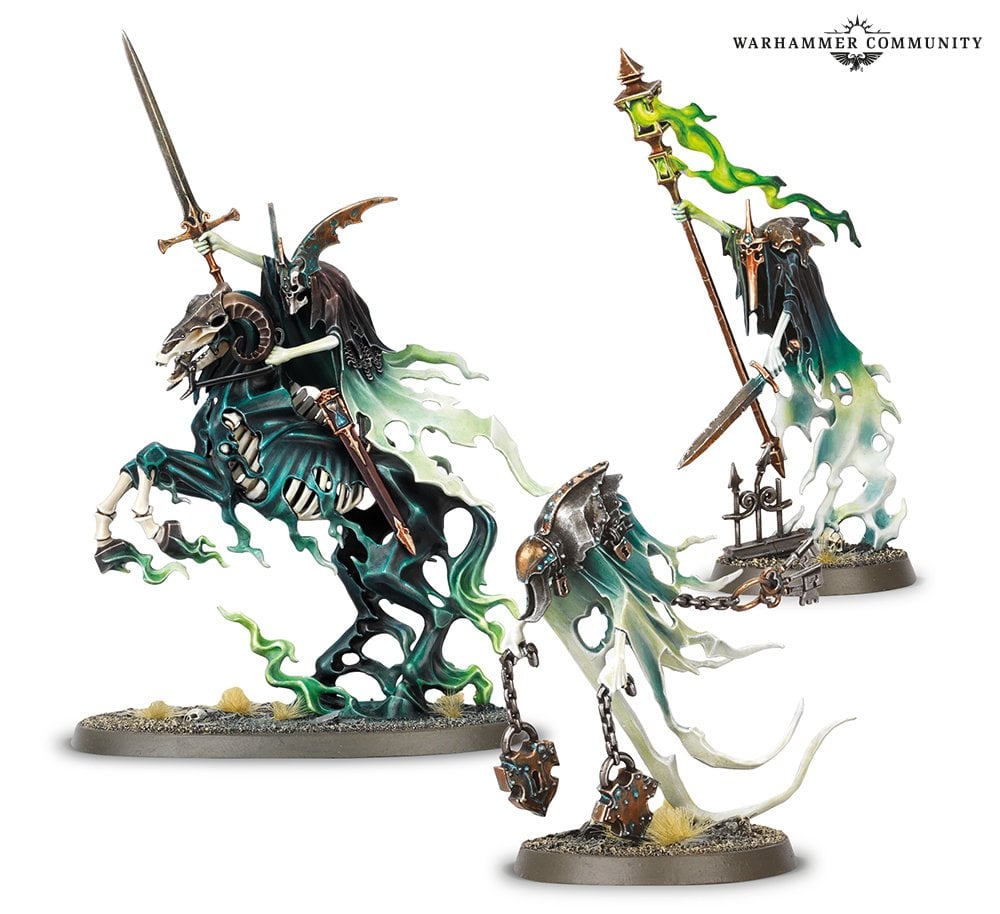 Then there’s the Ethereal Court, a set of three mighty heroes:

They’re back in rotation for a time. 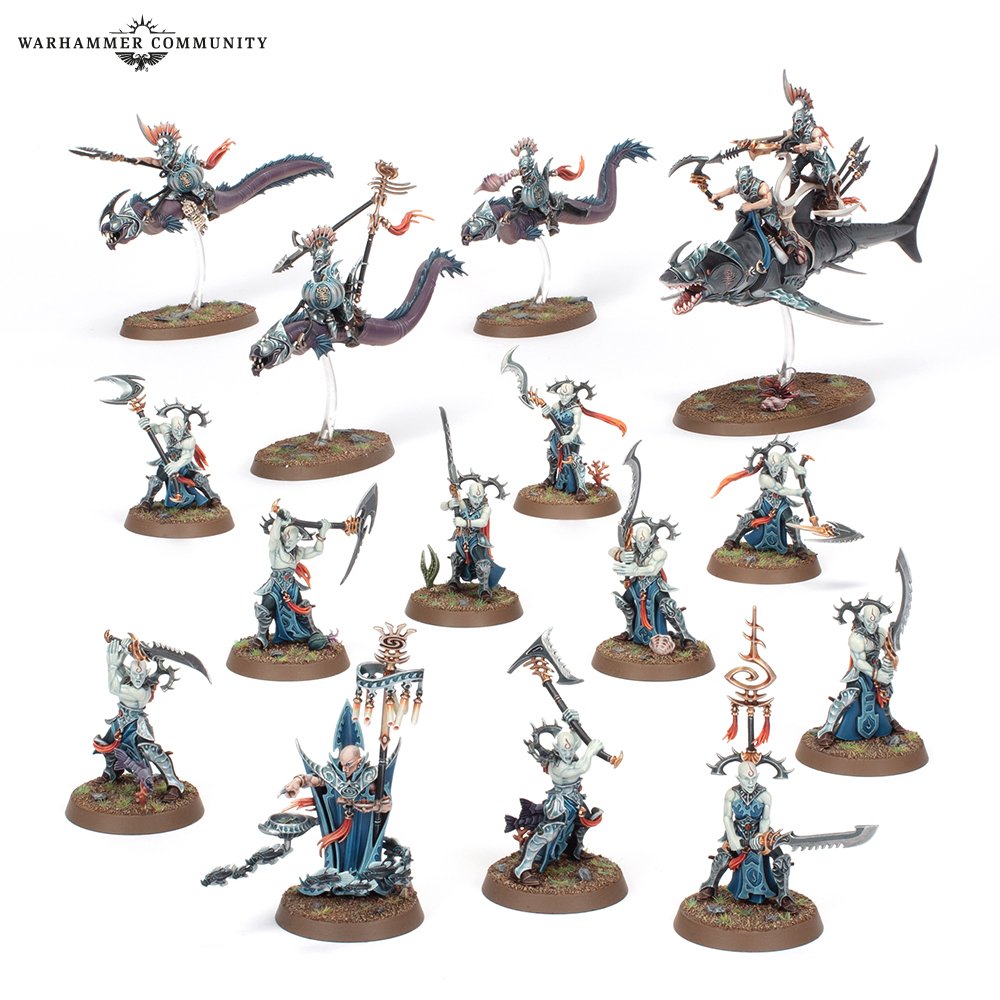 Looking for even more minis though? How about a box full of soulless aelves? Get yourself the Vanguard: Idoneth Deepkin. In this set of 15 minoatures, you’ll get Namarti Thralls, an Isharaan Soulscryer, an Akhelion Allopex, and a trio of eel-riding aelves, that can be Akhelian Isharaan guard or Morrsarr Guard depending on what you want. 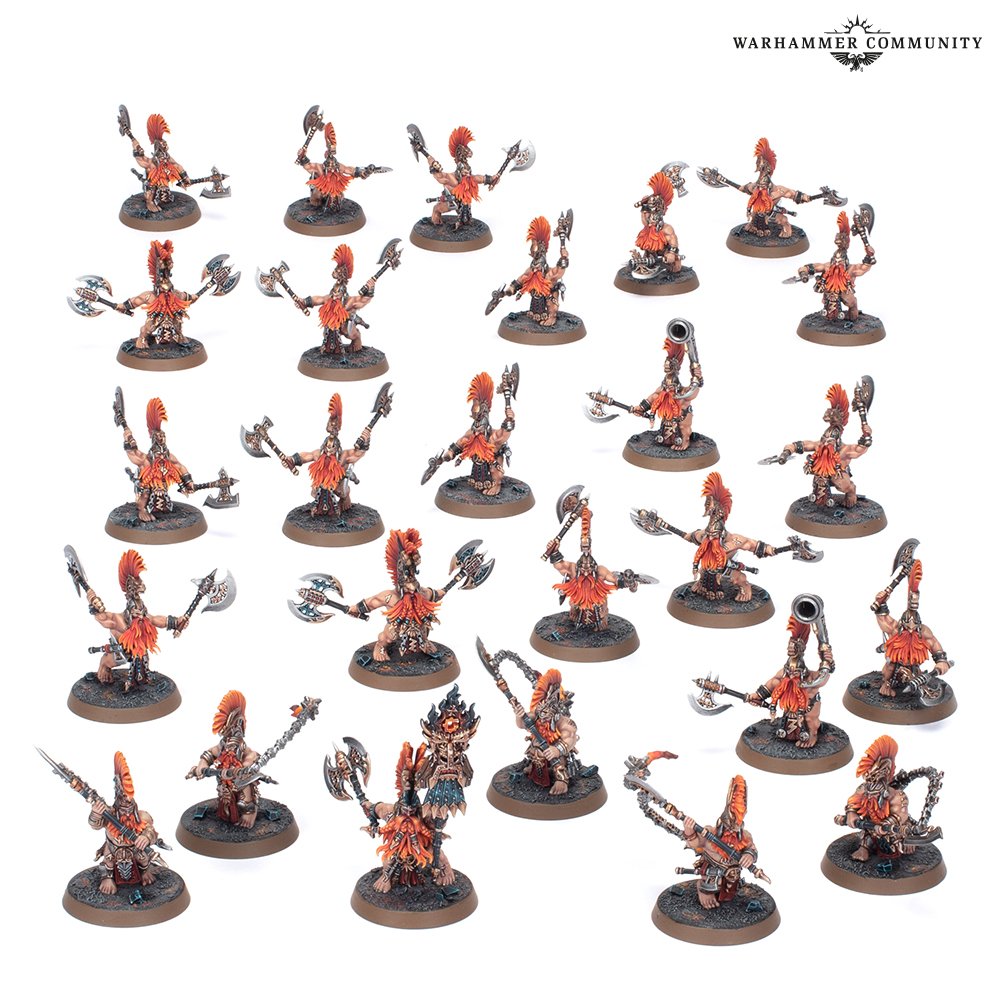 Then there’s the Fyreslayer Vanguard. This box has 26 miniatures including a Battlesmith to chronicle the stories of your 20 Vulkite Berzerkers and 5 Hearthguard Berzerkers. Whatever the flavor, it’s berzerkers for all with this box. 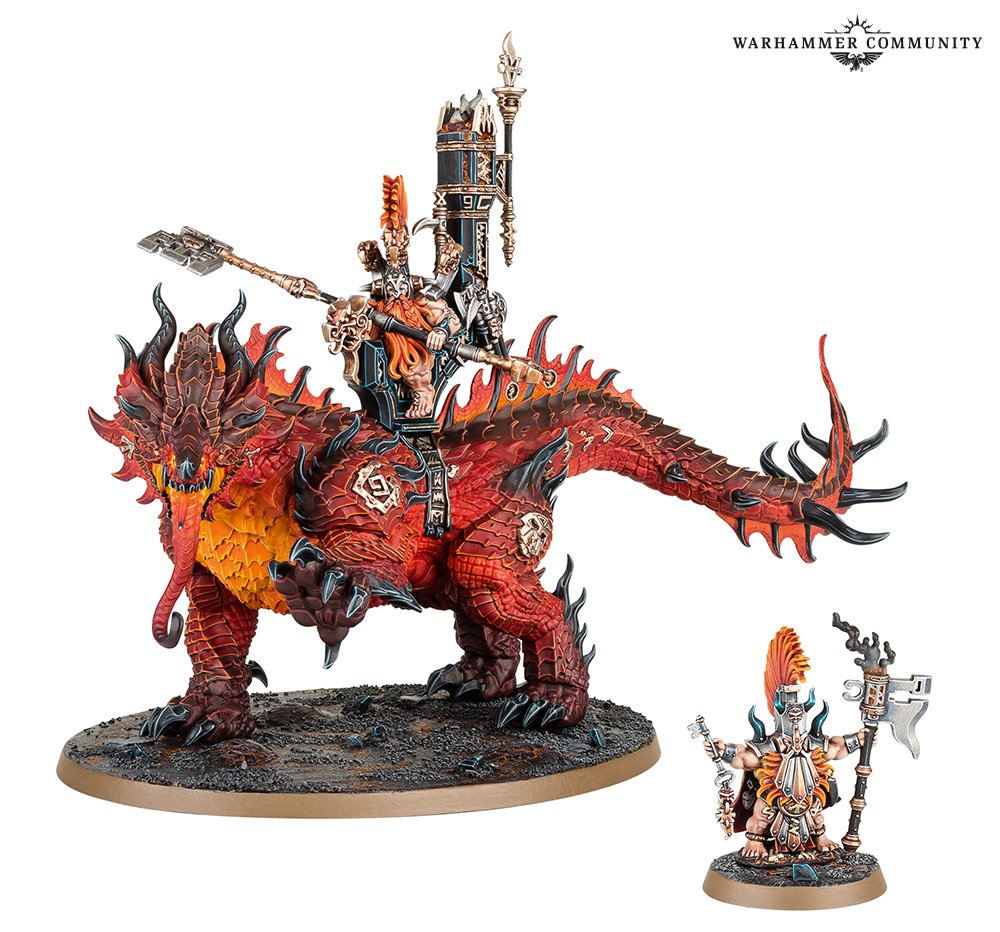 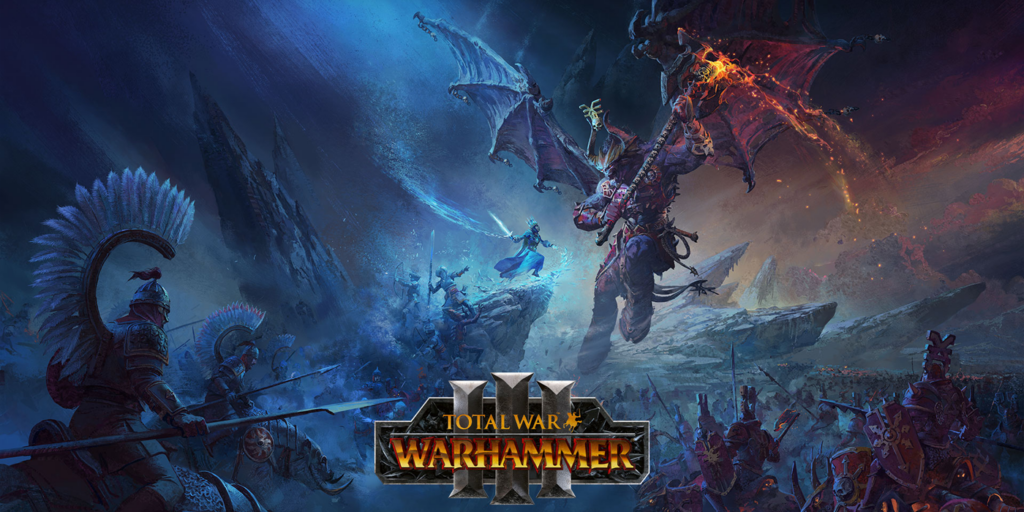