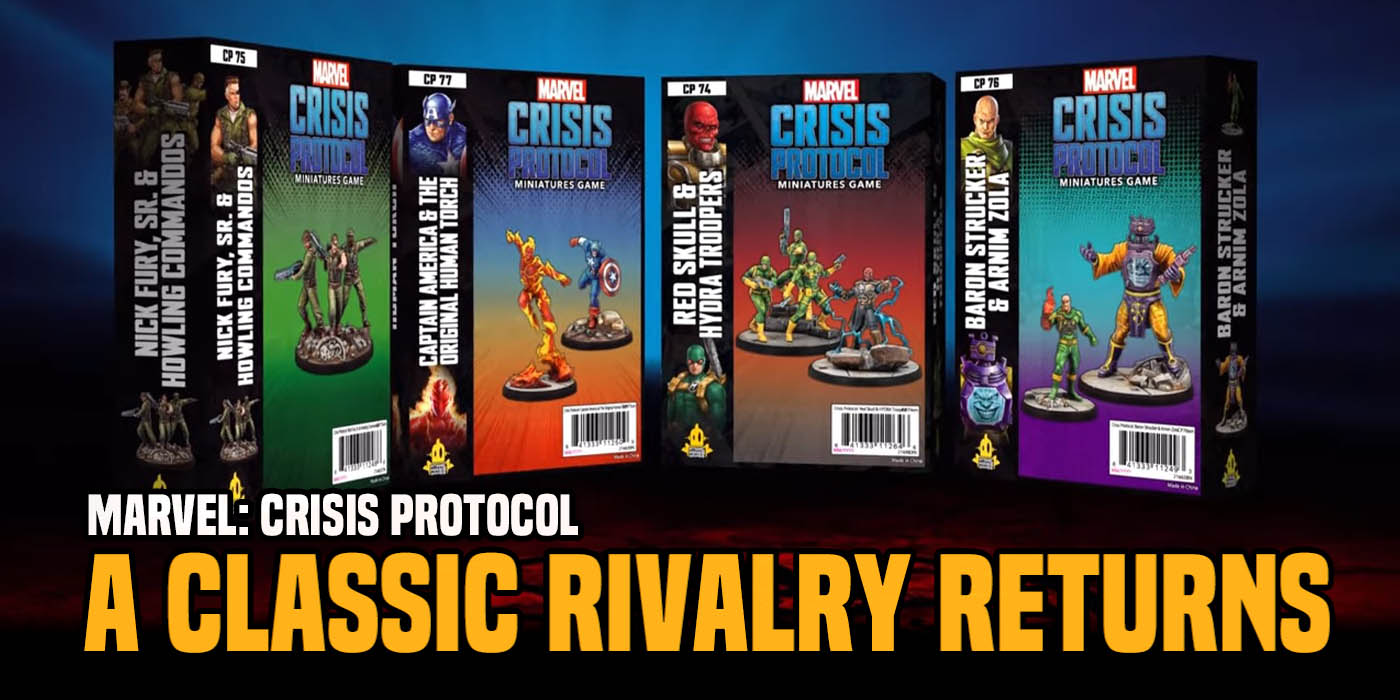 There are lots of big faction rivalries in the Marvel Comics. However, few of them are as well documented as the classic battle between S.H.I.E.L.D. vs Hydra. Now, Atomic Mass Games is bringing that battle back to Marvel: Crisis Protocol. 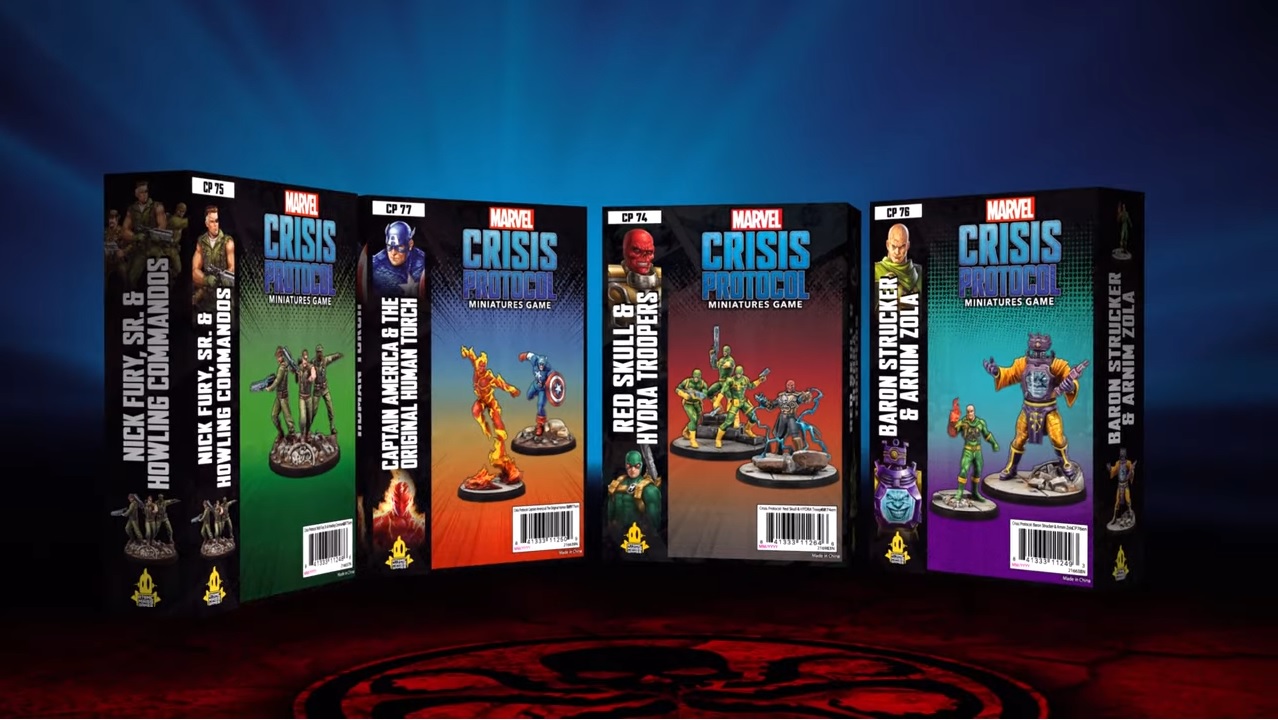 The old school versions of some classic heroes and a few new looks for classic villains are coming.

First up we have the legendary Nick Fury, Sr. & the Howling Commandos: 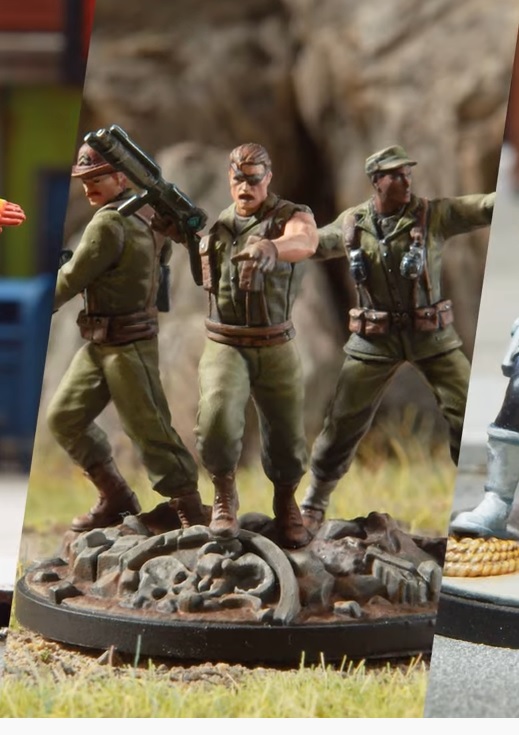 I’ll be honest, at first glance with the green fatigues I thought it was Sgt. Rock — but that eye patch is quite distinctive!

Next up, we have a pair of OG version of Captain America and the Original Human Torch: 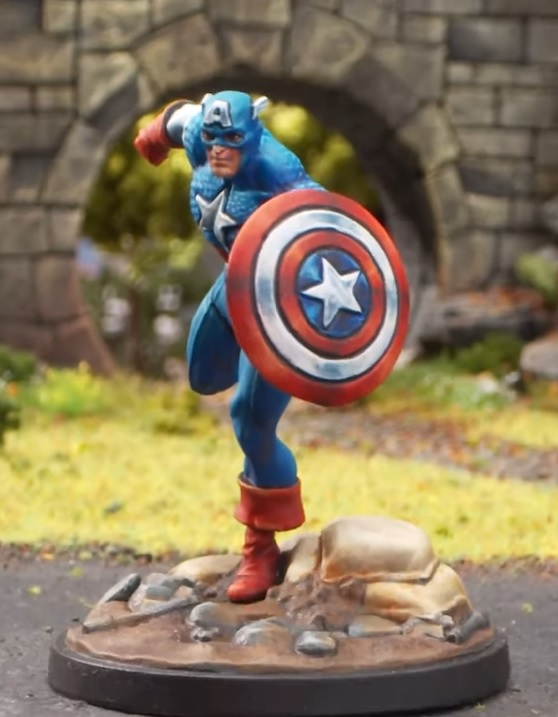 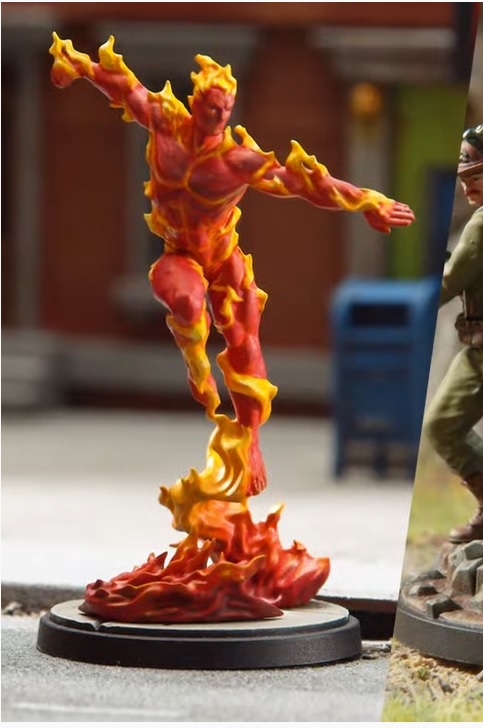 And for the Villains of Hydra, we have a new Red Skull: 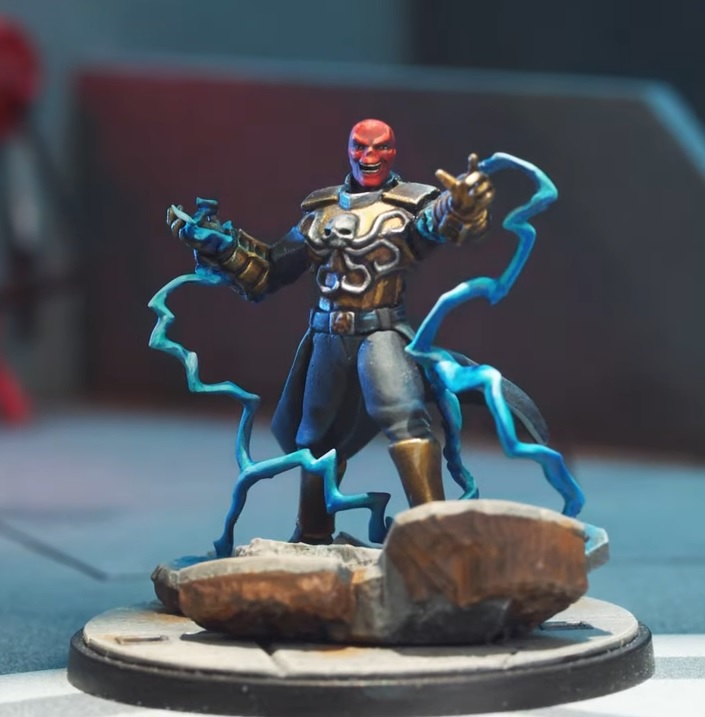 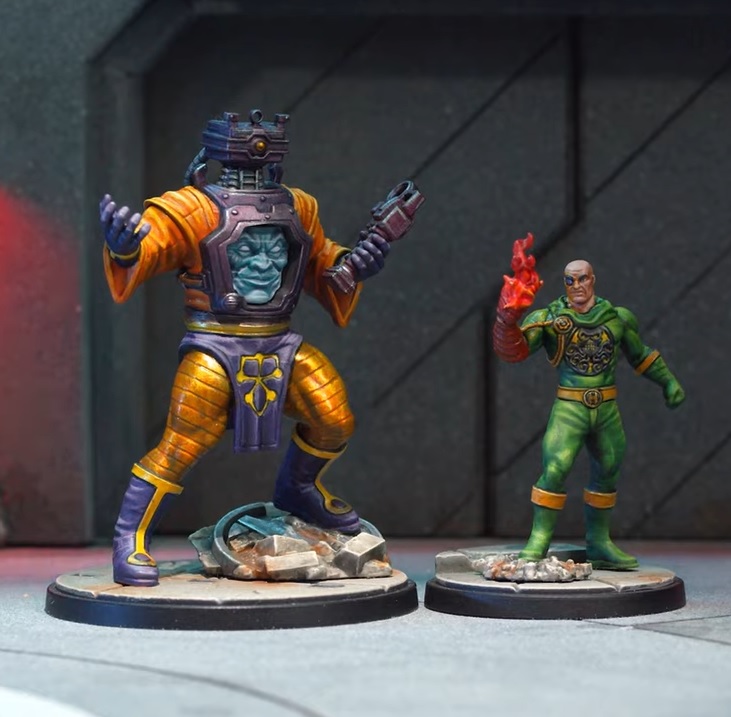 These minis look like they were all plucked from the pages of the comics. The Cap re-sculpt is certainly a throwback compared to the version from the Core Set that was more like the MCU version (which itself was closer to the Ultimates version…but now we’re just splitting hairs).

The point is that between the new characters and resculpts of classics the battle between S.H.I.E.L.D. and Hydra is heating back up! Which side will you choose?

How can you say ‘no’ to the Classic Captain America sculpt?!

Author: Adam Harrison
Writer, Editor, Texas Native, and Austinite for 15+ years, Adam covers all things Tabletop Gaming. Which includes Warhammer 40,000, Age of Sigmar, D&D, Board Games and everything else that involves dice, boards, cards and a table. A hobbyist, player, and collector of miniatures and games, Adam's current obsession are his Death Armies for Age of Sigmar, his Blood Angels and Tyranids for 40k, and his ever growing Arkham Horror: The Card Game Collection.
Advertisement
Atomic Mass Games MARVEL Crisis Protocol Miniatures Tabletop News
Advertisement 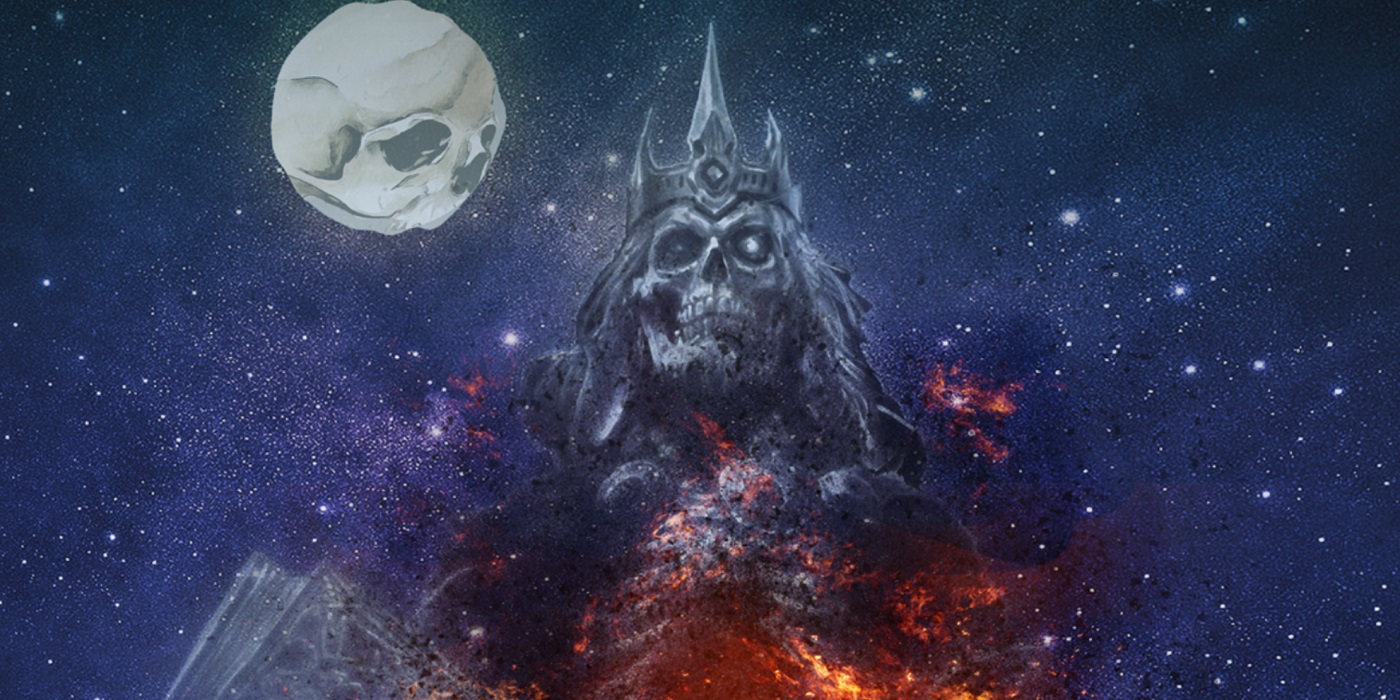