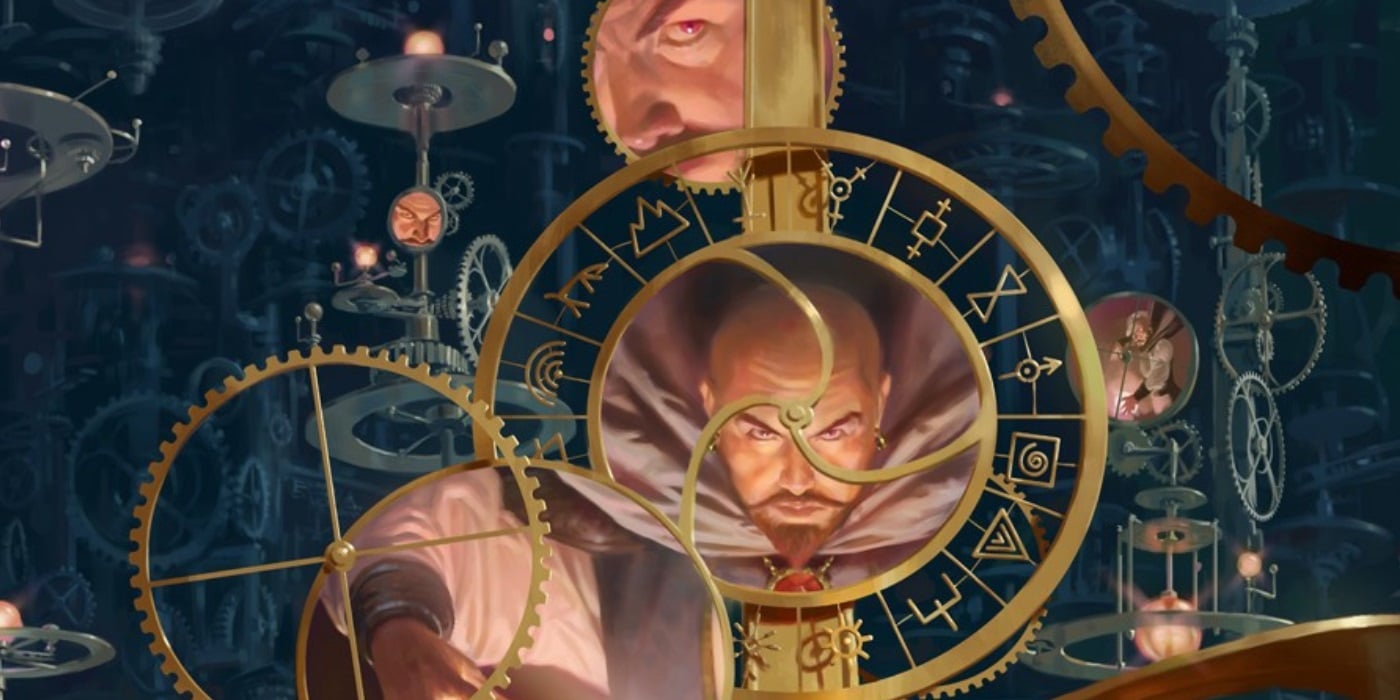 Mordenkainen (of Magnificent Mansion, Sword, Faithful Hound, and Lucubration fame) is a mellifluous master of magic, mysticism, and mnemonics, but who is he, really? 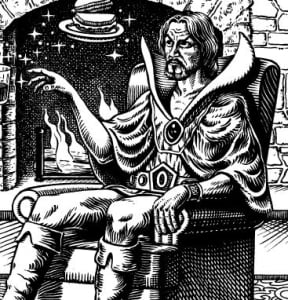 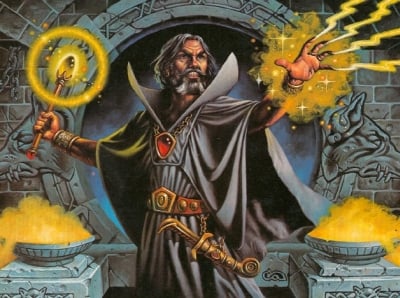 Originally this was for proximity to evil and adventure so that they would never have to go far for excitement, but then as the years went on, the Circle of Eight changed, later becoming a band of Eight Wizards brought together by Mordenkainen for the express purpose of keeping peace throughout the planes. This is where all of the spells with someone’s name come from. Mordenkainen, Rary, Bigby, Otiluke, Drawmij, Tenser, Nystul, and Otto were all a part of the Circle of Eight. These were to be referees between Good and Evil–this is the sort of thing that continues to define Mordenkainen to this day. 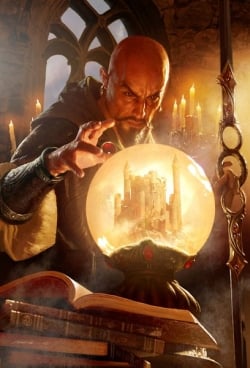 He’s always been a neutral peacekeeper–a force for balance in the planes, believing that if one side should win out over the other, it would ruin the cosmos forever. If good or evil should ever win, life would become untenable for people caught in the middle. So, Mordenkainen changed over the years, becoming more of a planar wanderer with appearances throughout the realms. Greyhawk might have been his home world, but he has also appeared in The Epic Level Handbook, and run a magnificent emporium back in 4th Edition. 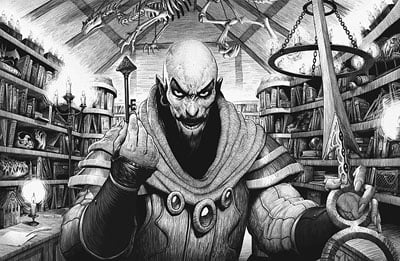 About 561 CY, with his young apprentice Bigby, the warriors Robilar and Yrag, the clerics Riggby and Serten, the ranger Otis, and fellow mage Tenser, Mordenkainen formed the Citadel of Eight. The group was named for the Obsidian Citadel, Mordenkainen’s stronghold in the Yatil Mountains. The Citadel disbanded after the Battle of Emridy Meadows in 569 CY, where Citadel member Serten lost his life. 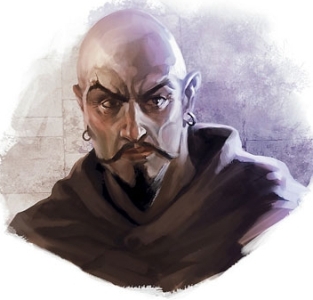 Author: J.R. Zambrano
Bell of Lost Souls Staff Writer and DM, J.R. covers RPGs of all stripes and on occasion eats sandwiches. You can ask him about either at [email protected]
Advertisement
Dungeons & Dragons Lore Rules
Advertisement 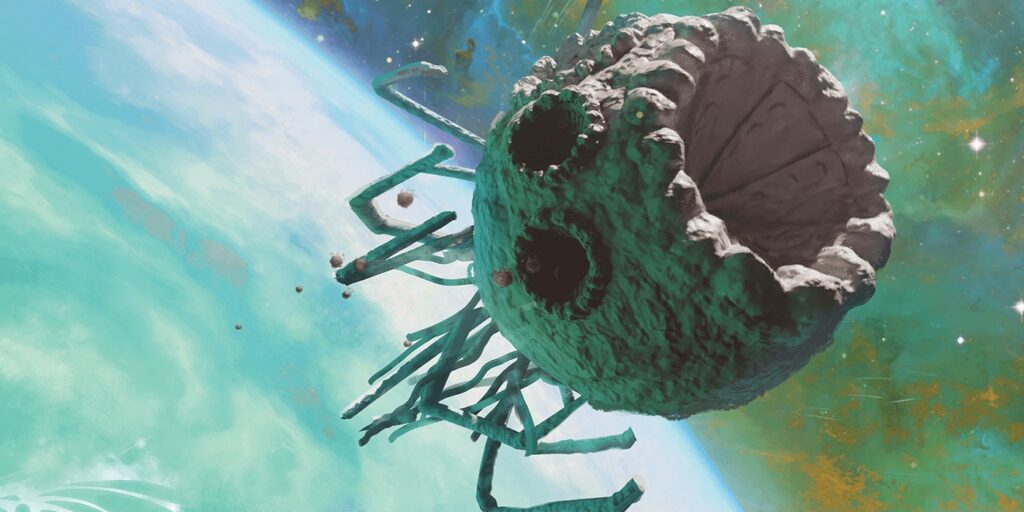