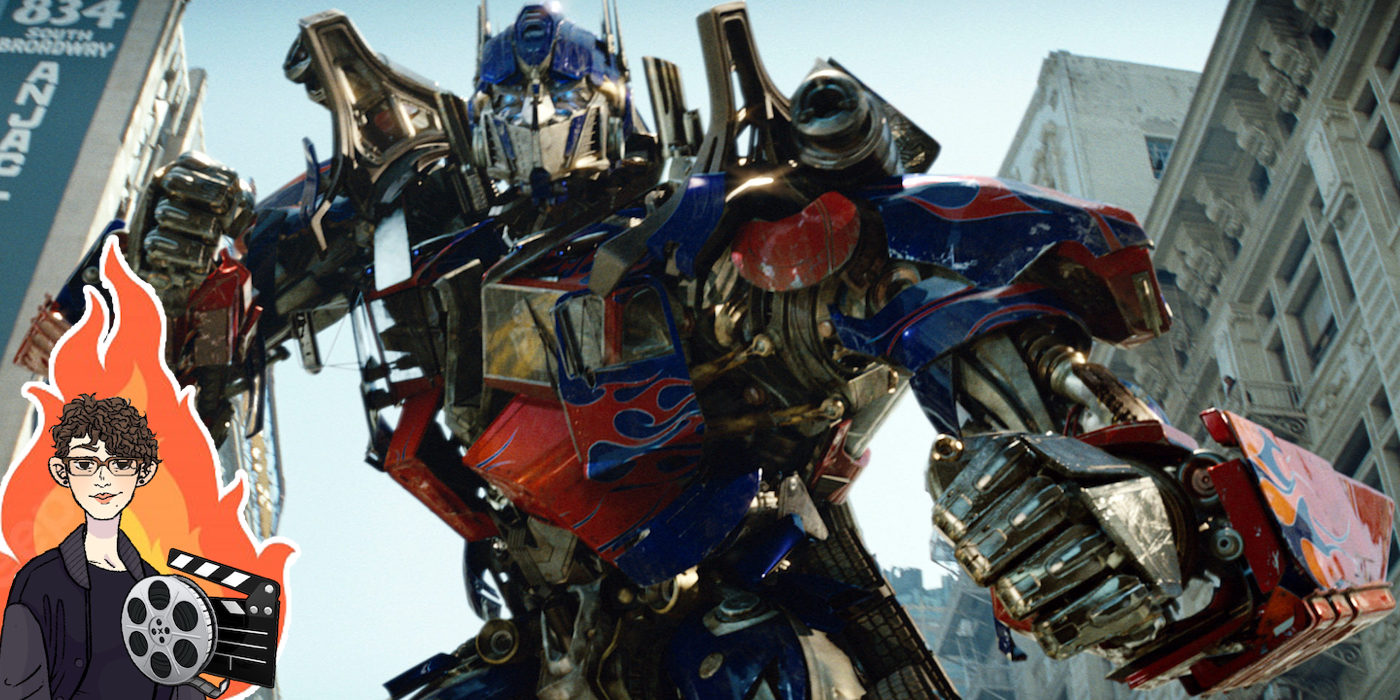 Michael Bay’s Transformers movies kicked off with a movie that fans enjoyed. Then it quickly went downhill… but let’s start at the beginning.

In the first movie, humanity is thrust into the middle of a war when the good Autobots and the villainous Decepticons bring their conflict to Earth. Megatron (Hugo Weaving) and the Decepticons have found an ancient object that will allow them to win the war. The Autobots leader, Optimus Prime (Peter Cullen), must rely on the help of humans to save everyone. Teenager Sam Witwicky (Shia LaBeouf) becomes the key to victory.

There will be spoilers.

The story starts with a Decepticon taking out a bunch of soldiers and military equipment, and an Autobot finding Sam Witwicky. From here we bounce between the government response, a group of wayward soldiers, and Sam getting to know his 1977 Camero. It takes fifty minutes of semi-relevant stuff to get a good look at the transforming robots we watched as kids (to be fair, these look a hell of a lot better than the cartoons). And another fifteen till we meet Prime and the General Motors sponsored Autobots.

Things move for a bit when Sam and Mikaela team up with Prime to find the Allspark. And slow down again when the story decides to detour into a teen movie before the pair get picked up by some government goons (led by John Turturro on a power trip). Finally, the government, the soldiers, and the teenagers meet over the frozen body of Megatron. We find out that the Hoover Dam was built to hide him and the Allspark (good a place as any). And the government spills all to random people with no security clearance. At least things are moving.

And they move pretty fast from here. The Decepticons descend on the dam, taking out the power that’s keeping Megatron and the Allspark in stasis. Inside the dam, there’s a pissing contest about who is in charge that’s quickly decided with guns. Once the government crew has managed to order an air strike from Hoover Dam’s ancient computer systems, the movie turns into an all-out robot fight.

In the end, the world is saved and Megatron is defeated, but the Allspark is destroyed. The war seems over… but we know it’s not.  Megatron manages to escape back into space in a mid-credits scene.

This Chapter Is Not Horrible

The movie’s cutting-edge (in 2007) CG still holds up pretty well. Bay didn’t want Transformers that were just a bunch of boxes lumbering around, they had to look real. ILM had to add more processing capacity to handle making realistic metal, martial arts inspired giant robot fights, and little details like gears and parts needed for facial expressions. It was money well spent.

There’s a lot that should have been left on the cutting room floor. There’s absolutely no need for it to be 145 minutes long and the pacing could have been better. That said, this first movie is watchable for more than the CG. It’s got fantastic action and some good moments of humor. This Transformers knows it’s goofy and it’s cool with it – it also doesn’t take it too far. The leads (in a pair of equally stereotypical roles) do a decent job at carrying the human side.

It’s a good summer blockbuster with some flaws. 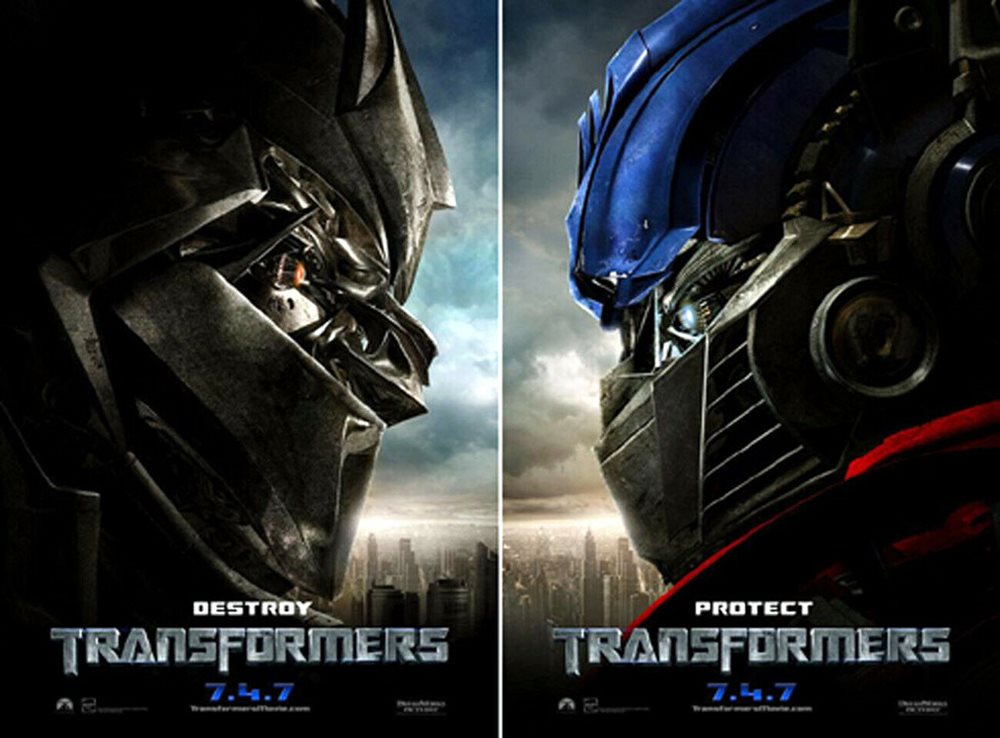 And Then It Fell Apart

The amazing CG sticks around and improves as the franchise grows, but the story disappears in the sequels. And they get really, really bad. And really, really long.

Revenge of the Fallen (2h 30m)brings back most of the cast but none of the story or humanity of the original. It’s a stretched special effects spectacular and is really technically impressive, but it fails in every other way. Dark of the Moon (2h 34m) falls deeper into that pit and doubles down on stupid. It’s extra convoluted and light on plot. Age of Extinction (2h 45m) brings in Mark Whalberg to help defend a planet in ruins and try to suss out a plot outside of the plentiful effects shots with Dinobots. 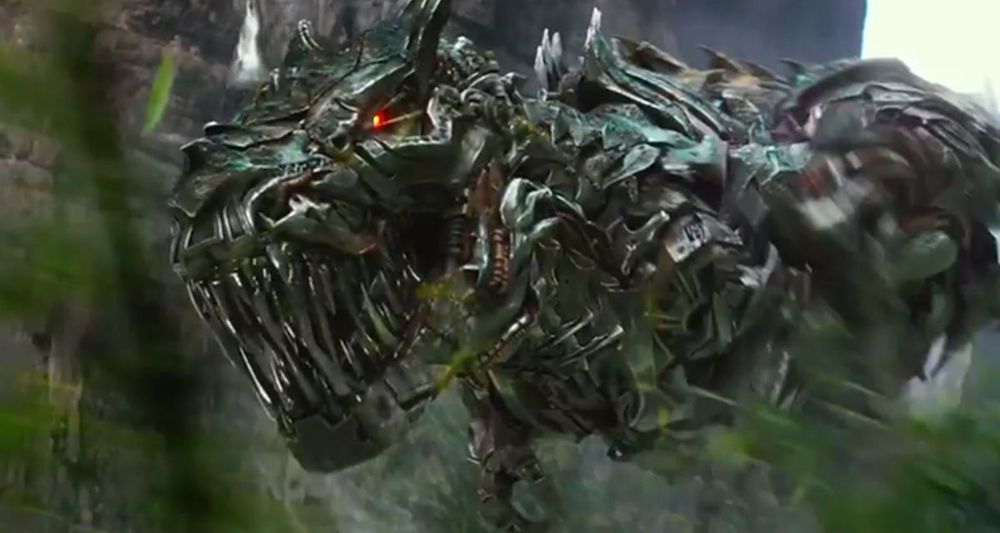 And last, but certainly least, The Last Knight (2h 29m). It’s cacophonous and has a really bad story that involves Arthurian legends and a bunch of characters that get no introduction. It’s a mess that even its tributes to Ridley Scott and Roland Emmerich cannot save.

My advice: stick with the original. Watch the rest if you want to see some amazing CG and sound design but don’t care about anything else. They’re great to put on in the background at parties – they’re pretty and you won’t have any desire to invest more than five minutes before grabbing some more fancy cheese cubes.

Author: Mars Garrett
Pop culture staff writer that has been on the BoLS team since 2010. Contributor on the One of Us podcast. Marvel, Vertigo, and dystopian sci-fi fan. Enjoys bad movies, amazing stunt performances, and the internet. Hates rom-coms. (she/they)
Advertisement
Action Movies Movie and TV Reviews Movies and TV Pop Culture
Advertisement 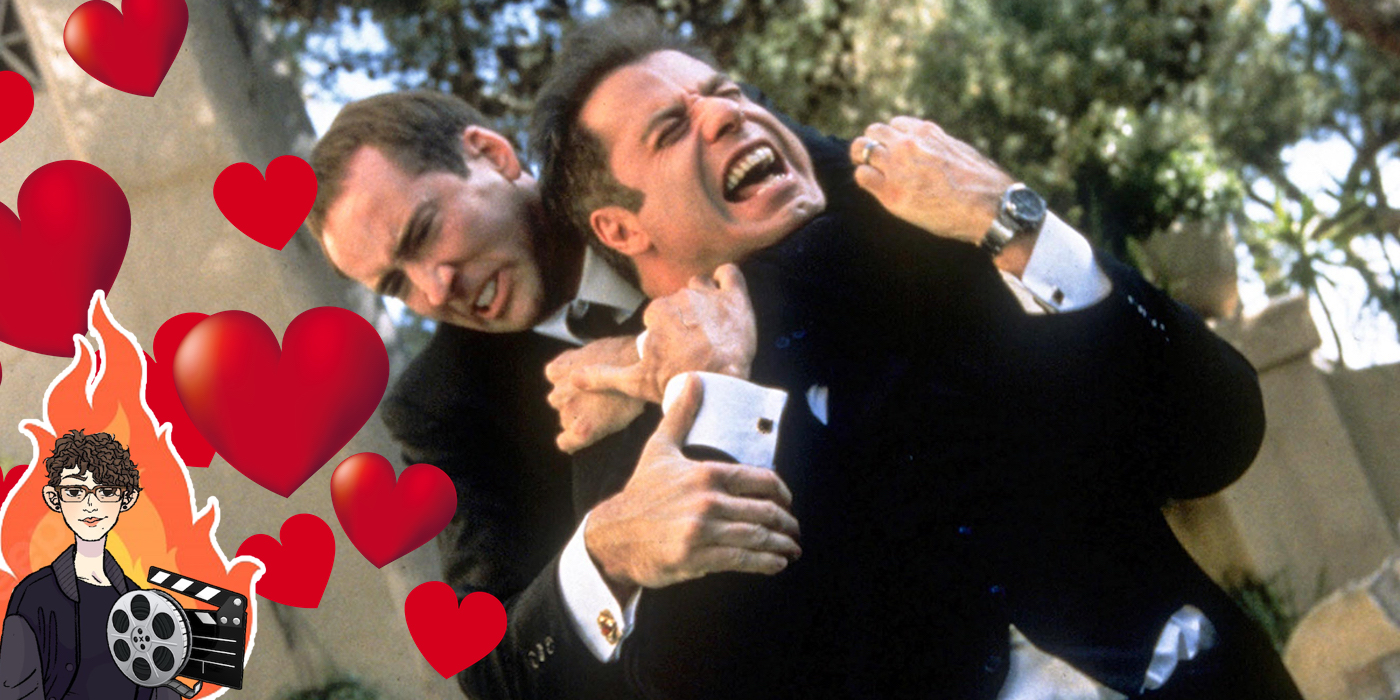