A History of Ganon from ‘The Legend of Zelda’ 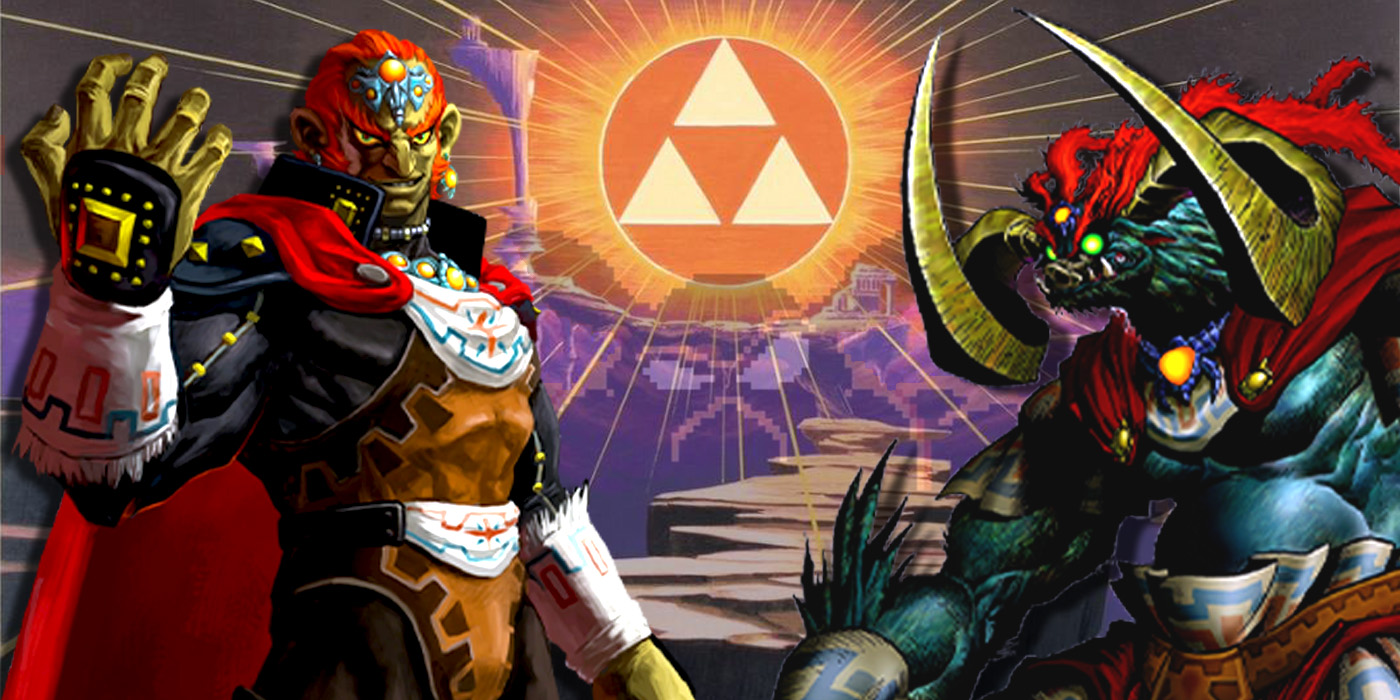 Ganon is the King of Evil. His role in The Legend of Zelda games is pivotal. But who is the man who wields the Triforce of Power?

Throughout the 35-year history of The Legend of Zelda, Ganon has remained the series’ main antagonist. What started as a princess-kidnapping pig monster has run the gamut of a complex and intricate character with profound motivations to a mindless beast driven by hatred.

Today, we dive into the history of Ganon, and his story, through what is known as The Downfall Timeline.

The full Legend of Zelda story and timeline, and some major plot points have changed and been retconned multiple times over the series’s history. So, this is just one interpretation amongst many.

Spoilers for many mainline games ahead. You’ve been warned.

The story of Ganon doesn’t start with Ganon himself, but rather the demon called Demise. During the climax of Skyward Sword, with his dying breath, Demise curses the land of Hyrule.

In his curse, Demise states “An incarnation of my hatred shall ever follow your kind, dooming them to wander a blood-soaked sea of darkness for all time!” This is the beginning of what will become a cycle of doom and prosperity for Hyrule.

The first incarnation of this curse appears in the desert land of Gerudo Valley. The first man born to the Gerudo is a man named Ganondorf.

The Gerudo are a race entirely of women who reside in the desert of Gerudo Valley. Except once every 100 years a man is born. In this case, the child was given to the twin witches Koume and Kotake.

During the events of Legend of Zelda: Ocarina of Time, Ganondorf is entrusted to be an emissary to the kingdom of Hyrule for the Gerudo. During this time, he travels to the corners of the world and attempts to collect the three Spiritual Stones from their guardians. Each time, he is denied.

However, at the same time, a child was on a similar quest. This child was raised among the forest children, the Koriki. This child collects the Spiritual Stones and uses them to gain access to The Master Sword, which was hidden away in the Temple of Time. In the same action, this child, who is named Link, is sealed away in the Sacred Realm for seven years.

During this time, Ganondorf seizes control of Hyrule, turning it into a wasted and ruined landscape. He takes up residence in Hyrule castle and seals it. But, Link returns after his seven years in the Sacred Realm and collects the seven Sage Medallions, and awakens the seven Sages to defeat Ganondorf.

With his quest complete, Princess Zelda sends Link back in time to his childhood to relive his missed youth. However, this has some unforeseen consequences.

When looking at the complete Legend of Zelda timeline, you’ll notice it splits into multiple paths during Ocarina of Time. The three timelines which follow are:

Undefeated, Ganondorf began searching for the greatest treasure of Hyrule: The Triforce, which can grant any wish. Eventually, he found a gateway into the Golden Land which holds The Triforce. With it in his grasp, Ganondorf wished to become ruler of the world.

The Triforce granted Ganondorf’s wish, twisting the Golden Land into a dark mirror of Hyrule. At the same time, the Triforce turned Ganondorf into a bestial pig-like form and he was renamed Ganon.

Years pass and Ganon is left in his newly created Dark World. Unsatisfied, Ganon sought to invade Hyrule with an army of monsters.

The invasion became known as The Imprisoning War. The war finally ended when The Seven Sages were able to seal Ganon in his Dark World. However, Ganon was able to seed his influence into the Light World and takes a servant known as Agahnim.

Agahnim was a counselor and advisor to the King of Hyrule. After Ganon’s corruption, he uses his magic to brainwash the soldiers of Hyrule and kidnaps the Seven Maidens. He attempted to sacrifice them to open a gateway to connect the Dark and Light Worlds and bring Ganon to Hyrule.

However, as Demise’s Curse stated, each party is stuck in this cycle together. Each time his curse would manifest, a hero would rise as well. So, the Link of this era rose to the occasion and defeated Ganon using the power of The Master Sword.

The Flames of Sorrow and Destruction

Kept alive by their dark magic, the Gerudo witches, Koume and Kotake mourn the loss of their surrogate son. They take control of a sorceress named Veran and a soldier named General Onox. Under the witch’s sway, the two cause chaos in the lands surrounding Hyrule. While those lands are in disarray, the witches light the Flame of Sorrow and the Flame of Destruction. The third flame is the Flame of Despair. If the witches lit all three flames, they would be able to resurrect Ganon.

However, Link foils their plans and they sacrifice themselves in order to complete the ritual, but it is in vain. Because only two of the Flames were lit, Ganon is reborn but only as a mindless and raging beast. Without his sense of cunning to aid him, Ganon is once again put down by Link.

With Ganon finally gone, Hyrule enters a Golden Era of prosperity. The Kings of Hyrule govern using the power of the Triforce and centuries pass in peace. Until the King of Hyrule doubts his son’s worthiness of the Triforce and hides one piece of it away. The Triforce of Courage is hidden in the Great Palace. It will remain there until someone worthy appears to claim it. The king tells only his daughter, Princess Zelda, of its location.

Years later, when it comes time for the Prince to claim the throne, he asks Zelda for the location of the Triforce, but she declines to tell him. In a rage, the Prince casts a sleeping curse on Zelda and locks her in a castle, to be forgotten.

Without the aid of the Triforce, Hyrule begins to decline and the minions of Ganon gain enough strength to revive him once again. To prevent the army of Ganon from gaining control of the Triforce of Wisdom, the current Princess Zelda, daughter of the cursed princess, splits the Triforce into 8 parts and spreads them across the land. Impa, the nursemaid, is sent to find someone of great courage to recover the pieces of the broken Triforce and defeat Ganon.

Impa finds a traveler named Link who saves her from Ganon’s henchmen. She sends Link on the quest to defeat Ganon and save Hyrule. And, once again, the cyclical nature of Demise’s Curse comes to fruition and Link does battle with Ganon once again, and once again, Link is victorious.

The Return of Ganon

While defeated, Ganon’s minions still lurk in the shadows of Hyrule. They devise a plan to resurrect Ganon using the blood of the hero, Link. By pouring Link’s blood on the ashes of the destroyed Ganon, his minions would be able to bring their master back to life.

During this time, Impa reveals to Link the secret of the cursed Princess Zelda, still sleeping in the North Castle. Impa gives Link another quest to retrieve the Triforce of Courage from the Great Palace. Doing so will reunite the three pieces of the Triforce and allow Link to be granted one wish.

Link does complete his quest and in uniting the Triforce pieces, he uses his wish to wake the cursed sleeping Princess Zelda.

Of course, however, this did not put a stop to Demise’s Curse and Ganon returned once more, this time in the form of a primal evil force, what came to be known as Calamity Ganon. Fortunately, the Shiekah, a race of people with far superior technology, forged massive warmachines in order to combat Calamity Ganon, which they had foreseen through prophecy. Calamity Ganon’s return became known as The Great Calamity. However, the superior firepower and massive technological weapons were enough to fell the Calamity quickly and easily.

Ten thousand years later, the event of the Great Calamity has faded into myth, but the relics remain. The Princess Zelda of the era had a curiosity for science and archeology and used her resources to uncover the ancient weapons of the Sheikah, from the era of the Great Calamity. These massive Guardians held impressive firepower and durability. As well as the colossal Divine Beasts, which towered over the landscape.

However, upon Calamity Ganon’s inevitable return, he used a corruption known as Malace to infect the Guardians and the Divine Beasts, turning them against the Hylian Kingdom. With their army turned against them, the Hylains stood no chance and Hyrule Castle and the surrounding areas quickly fell. In order to keep the entire kingdom from falling, Princess Zelda used her newly awakened divine powers to seal Calamity Ganon within Hyrule Castle.

The Hero of the Wilds

Ganon remained sealed within Hyrule Castle for 100 years, with Princess Zelda kept in a sort of stasis while she maintained the seal. Her personal guard took it upon himself to defeat the corruption of the Divine Beasts so they could finally be used for their original purpose and turned to fire on The Calamity Ganon.

With the 4 Beasts free of corruption and Link empowered by the ancient Sheikah he fells Calamity Ganon in the Astral Observatory within Hyrule Castle. But the rage of Ganon is not so easily quelled and in a final attempt to destroy Link, Ganon eschews his physical form as well as his connection to Demise’s Curse and therefore his ability to reincarnate. With these shackles removed, Ganon takes on his true form, that of Dark Beast Ganon, a large pig-like beast made of pure Malice.

With the seal on Hyrule Castle gone, Princess Zelda is able to aid Link in his battle and grants him the Bow of Light, a divine artifact that provides Link the power he needs to defeat Ganon once and for all.

However, as Dark Beast Ganon attempts one final strike against Princess Zelda, her divine power is unlocked fully and she is able to destroy the beast in a sphere of golden light.

What Does the Future Hold?

As of the time of this writing, this is where the Legend of Zelda story stops. However, this is certainly not the end. It appears Ganon is not as dead and gone as previously thought.

How the story of Breath of the Wild 2 plays out is currently all speculation. However, it does strongly appear that Ganondorf will be making an appearance. However, the style and fashion of the desiccated Ganondorf corpse seem to be that of his appearance in Twilight Princess, which is not from the Fallen Timeline.

So, that story will have to wait until next time.

Author: Matt Sall
Matt has loved games of all kinds his whole life: board, video, war, roleplaying. He's worked as a writer for BoLS since 2017. He's worked as freelance editor for board game rulebooks and has designed many of his own games as well.
Advertisement
Action Adventure Retro Games Video Games
Advertisement

'Stray' is Having a Moment Thanks to Custom Mods & Stellar Reviews 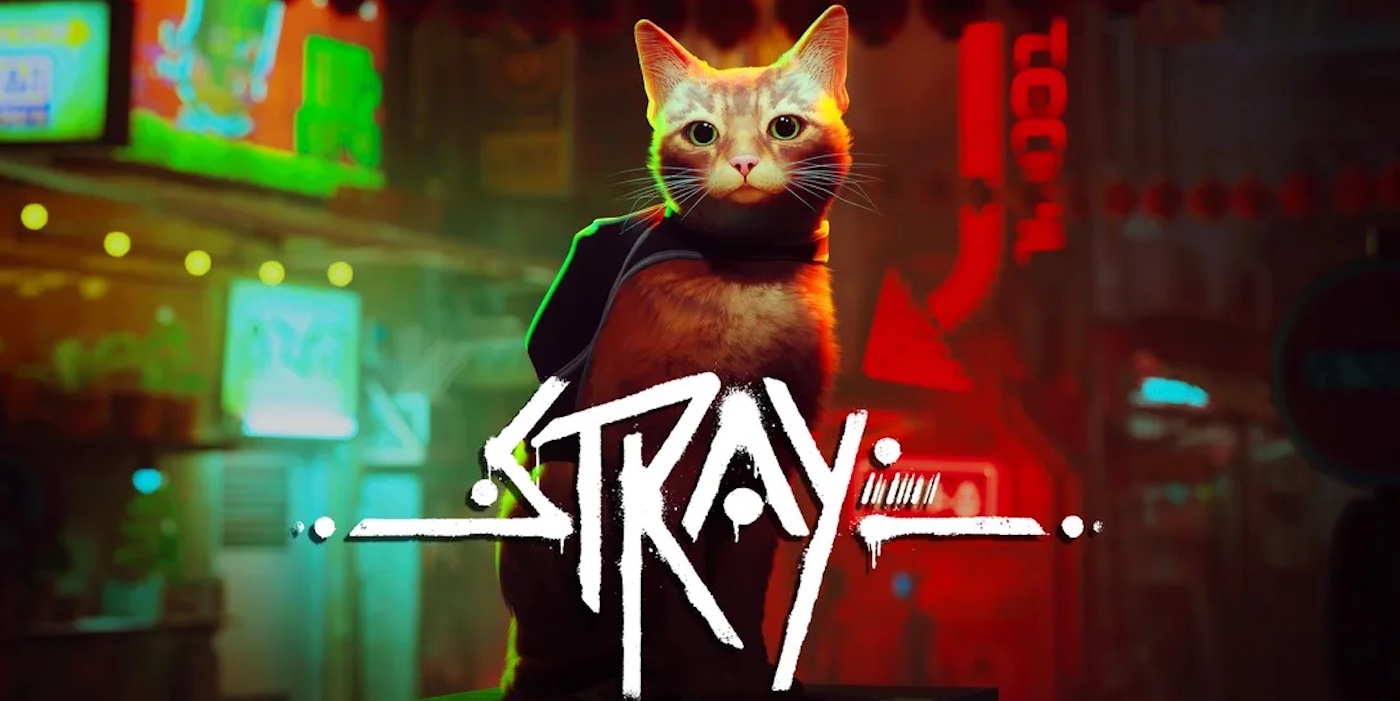