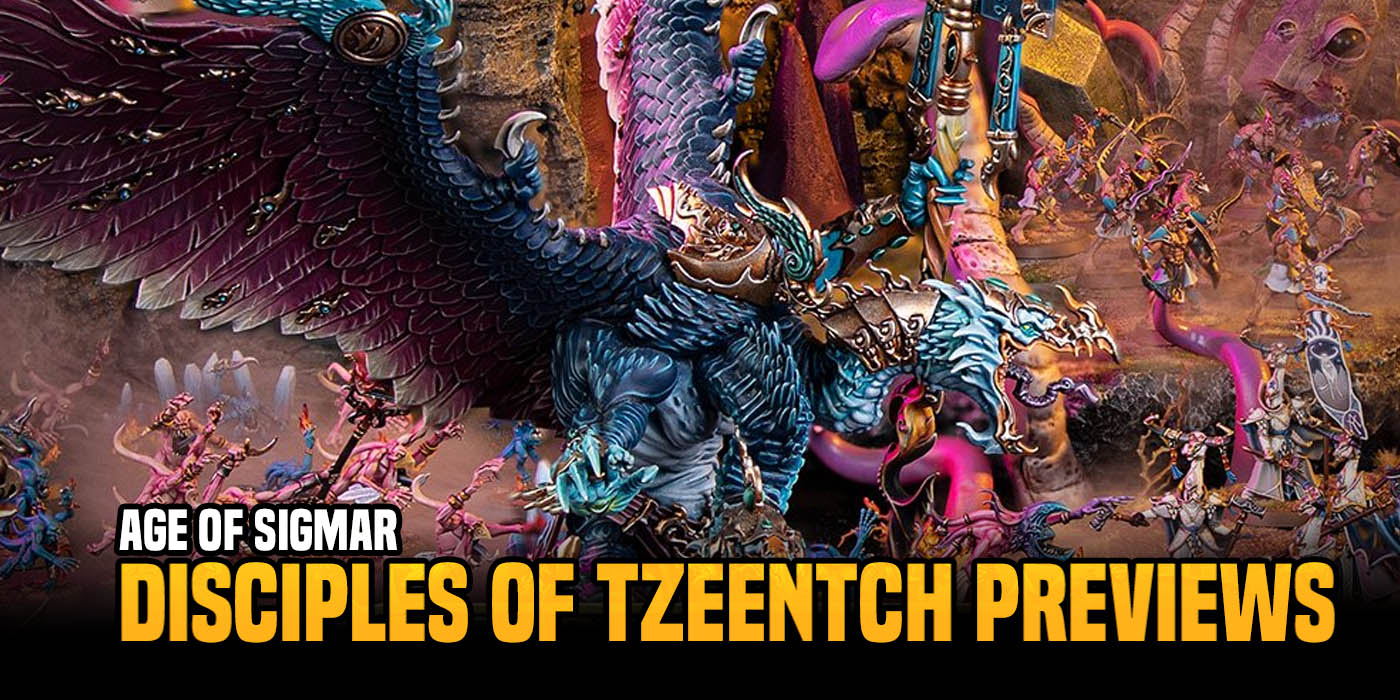 The Disciples of Tzeentch are about to get a new Battletome. Get ready for a new wave of changes heading your way.

Tzeentch’s schemes and plans are coming to fruition with a new Battletome for the Disciples of Tzeentch. Today, Games Workshop is showcasing a few of the changes that they are going to unleash on the rest of us. I hope you brought some anti-magic trinkets with you…you’re going to need them. 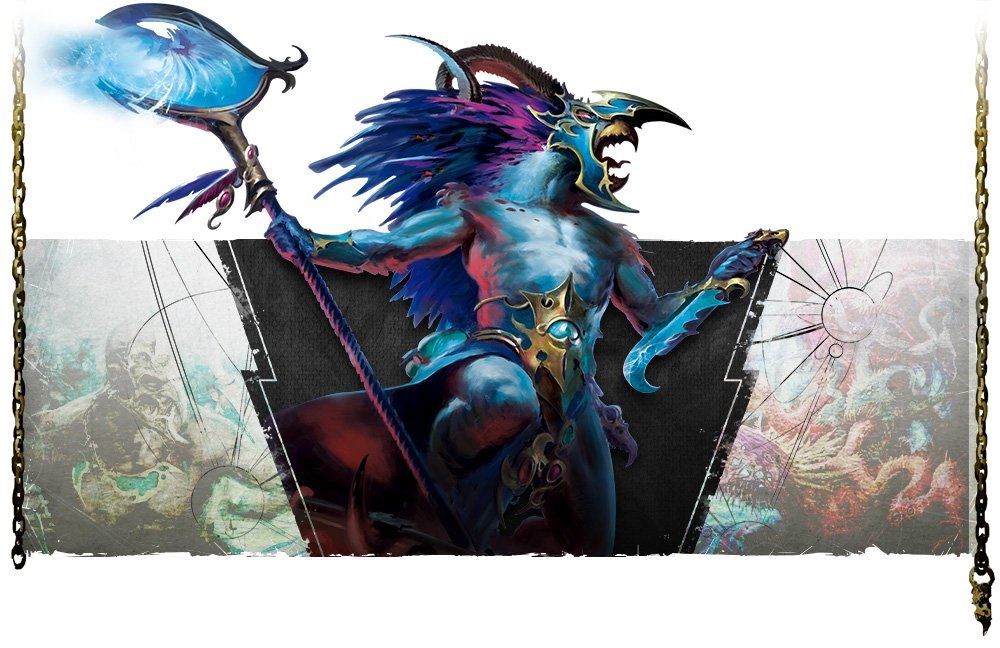 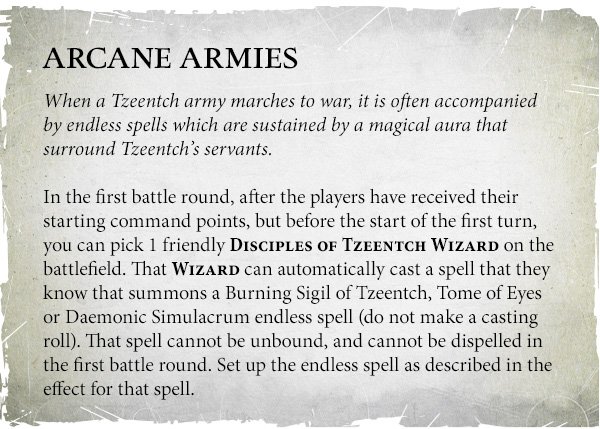 Hey Tzeentch players, want a free Endless Spell on the first round? Because that’s exactly what you’re getting! Honestly, I think this is genius from a “time to sell some models” sort of way. It’s a really strong way to get Tzeentch players to spend the points (and dollars) on those Endless Spell boxes. And getting to insta-cast them for free on the first round ALSO seems good. I wonder if those spells are getting reworked at all…

Lords of the Silver Tower 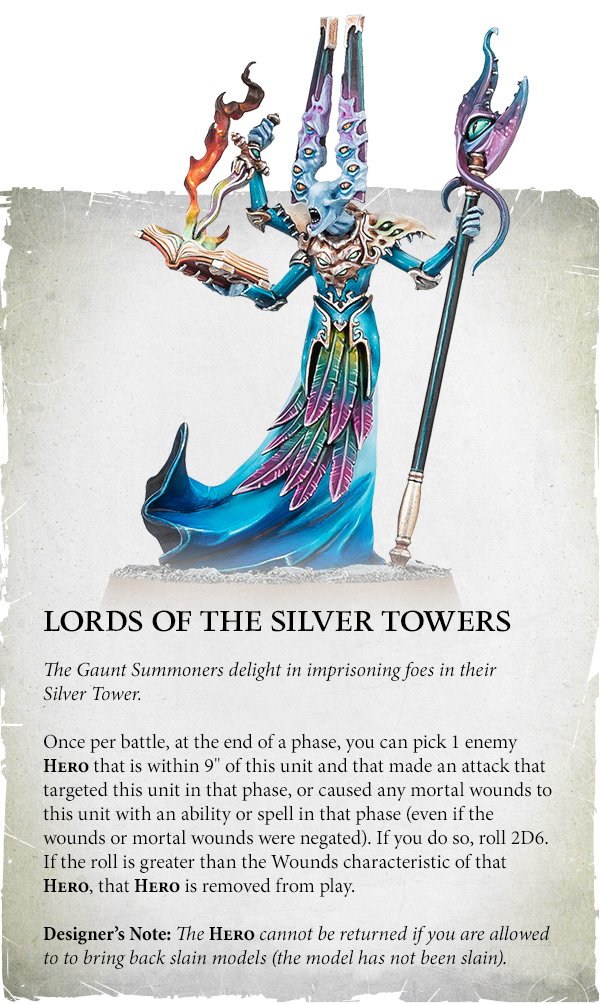 Wait…what?! Okay let’s break this one down. If an Enemy Hero is within 9″ of your Gaunt Summoner that has this ability and they (the Summoner) was attack by this enemy Hero, then they can use this on them. You roll 2D6 and if it’s greater than their Wounds Characteristic then that Hero is removed from play. They aren’t slain. But removed from play so any abilities that allow them to return aren’t triggered. Do they count towards battle tactics or other VP generation things? I sense an FAQ inbound.

That seems pretty good against your typical 6-ish wound Hero! If they go after your Gaunt Summoners they might end up regretting it. This ability also means your Heroes that attack the Summoners better not whiff… 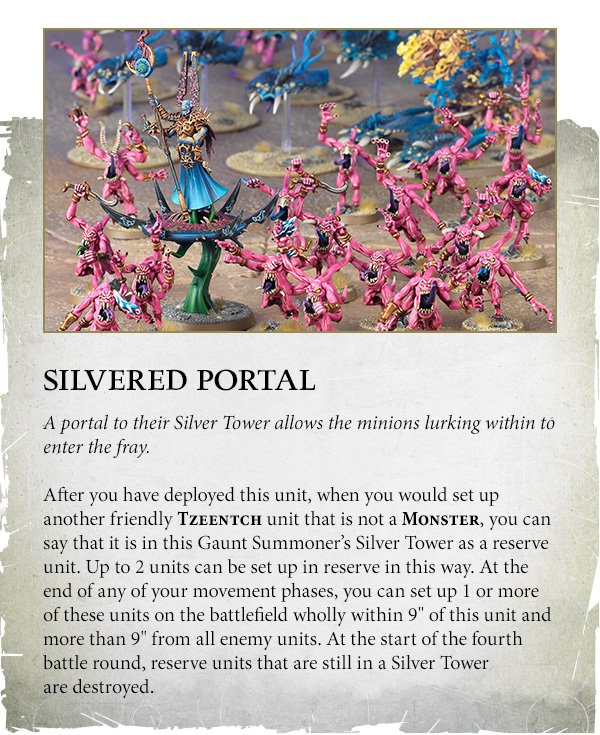 As the name implies the Gaunt Summoners are actually going to be summoning units this time around. With Silvered Portal they can call in some units from reserve right where they need them — provided that area is within 9″ of the Summoner and 9″ away from all enemy units. Just be sure to bring them in before the 4th battle round. Apparently, that Silver Tower lease has some pretty harsh penalties for overstaying your welcome. 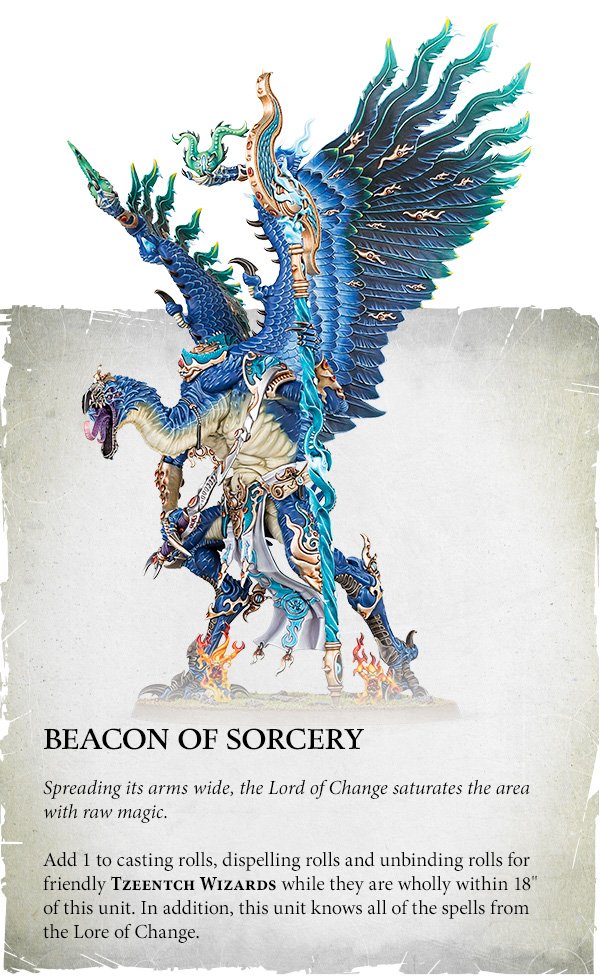 This ability also seems really good! I mean, it’s from a Lord of Change so that checks out. But a blanket +1 to casting/unbind rolls for wizards within 18″ seems pretty strong! If you weren’t taking a Lord of Change before…you’ve got even more reason to do that now. 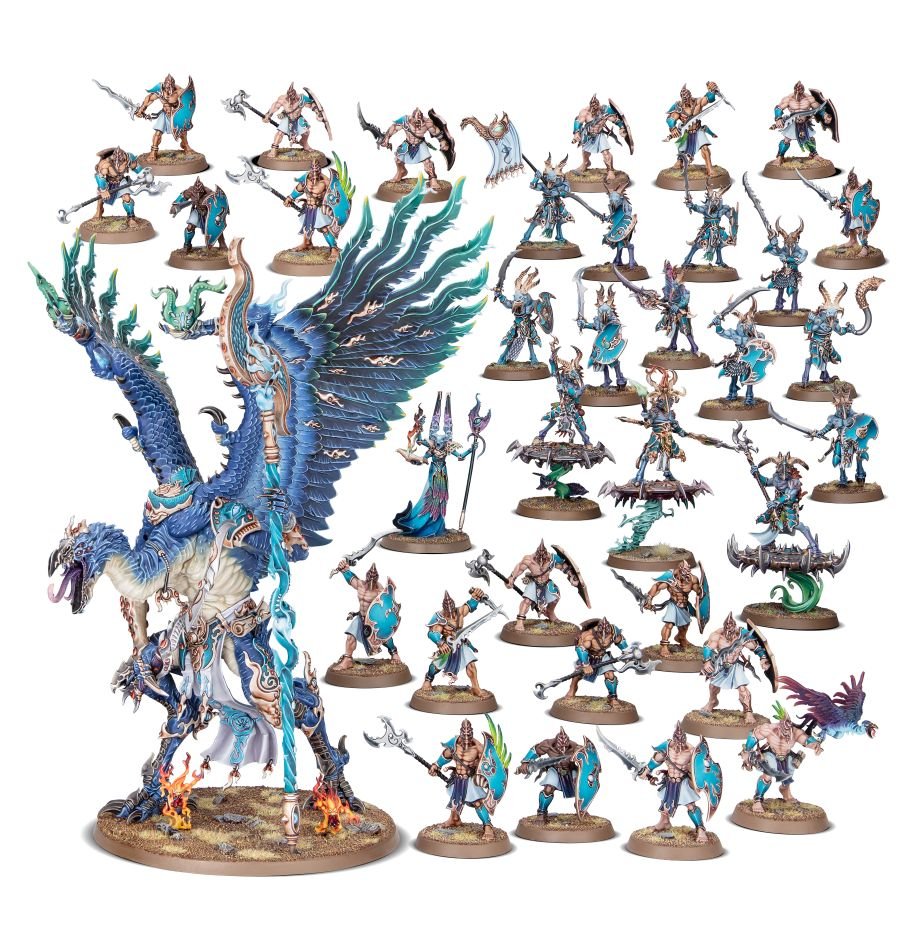 The Disciples of Tzeentch Battletome is coming soon — change is in the wind!

Author: Adam Harrison
Writer, Editor, Texas Native, and Austinite for 15+ years, Adam covers all things Tabletop Gaming. Which includes Warhammer 40,000, Age of Sigmar, D&D, Board Games and everything else that involves dice, boards, cards and a table. A hobbyist, player, and collector of miniatures and games, Adam's current obsession are his Death Armies for Age of Sigmar, his Blood Angels and Tyranids for 40k, and his ever growing Arkham Horror: The Card Game Collection.
Advertisement
Age of Sigmar AoS Chaos Games Workshop Rules
Advertisement 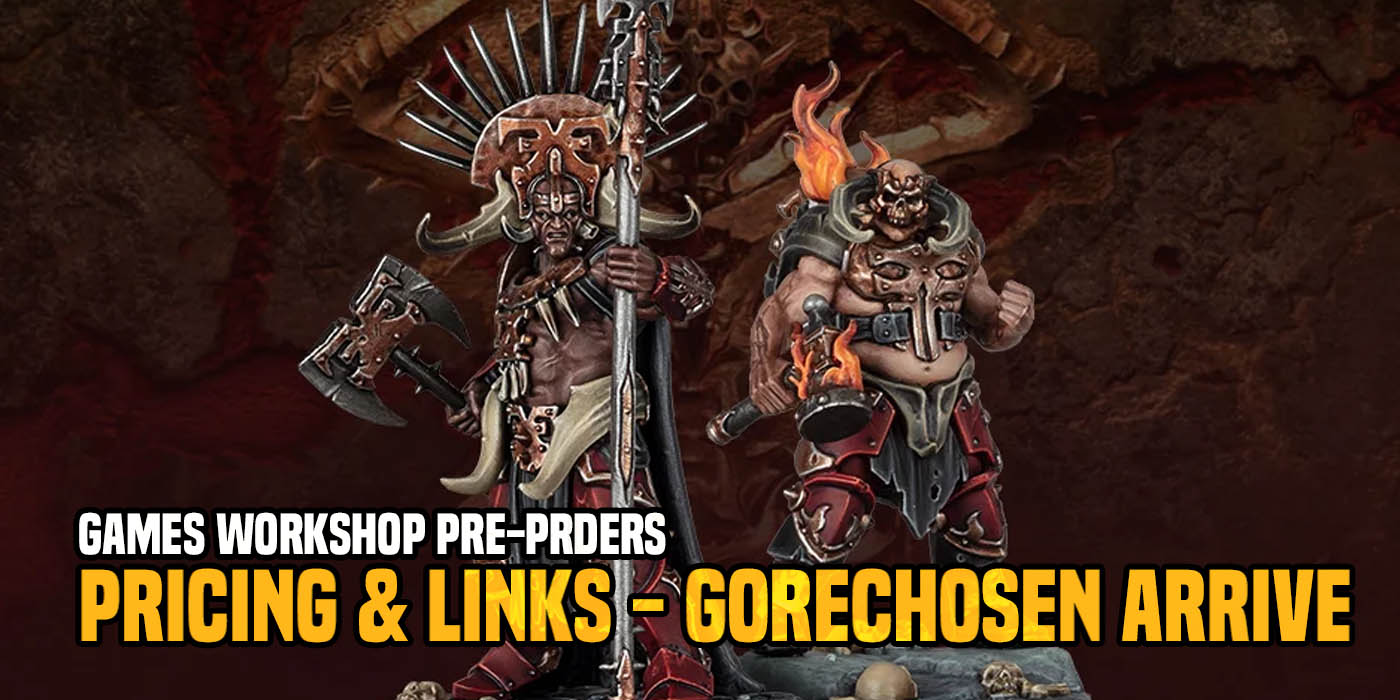