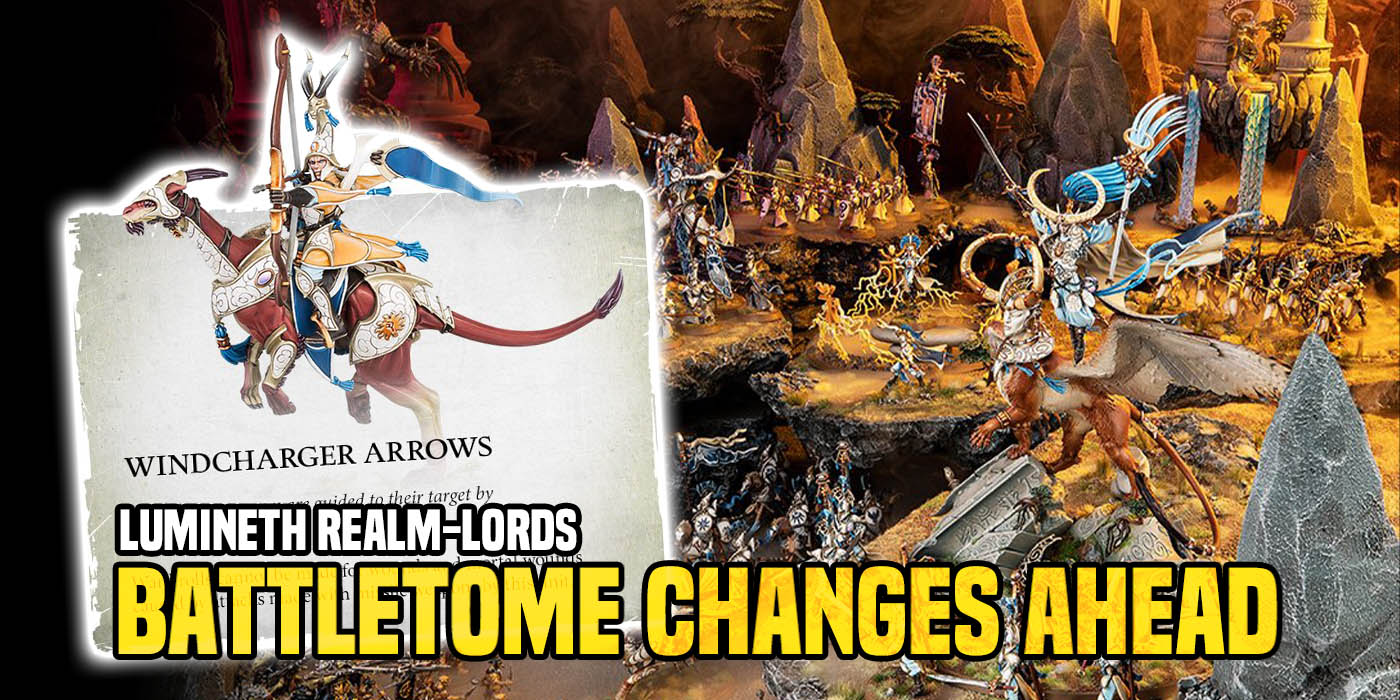 Games Workshop is showing off some of the changes coming to the Lumineth Realm-lords from their new Battletome!

Masters of the Arcane and Martial Arts with equal skill the Lumineth Realm-lords are getting a brand new Battletome very soon. Within those pages are going to be some tweaks and changes to how the army works compared to what they have now. Today, GW is teasing a few of those changes so let’s take a closer look at them! 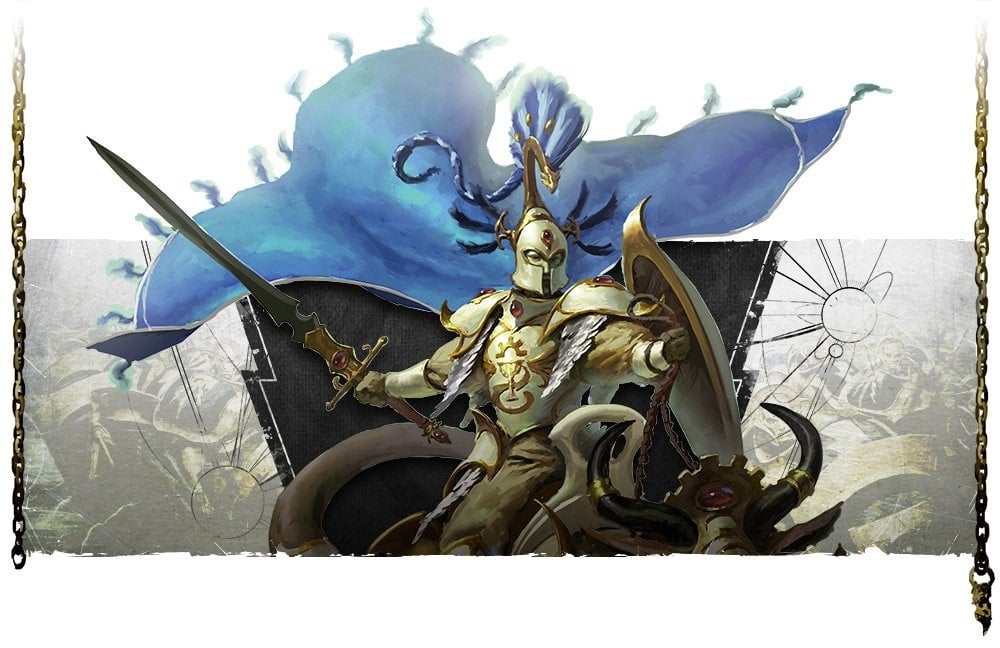 “Numinous, dexterous, and supercilious by nature, the Lumineth Realm-lords are the self-proclaimed stewards of the Mortal Realms, determined to protect it from any Arcane Cataclysm. Battletome: Lumineth Realm-lords brings these arrogant-but-brilliant warriors into the Era of the Beast with a shining host of new rules.”

First up we have a new and improved Phoenix Stone: 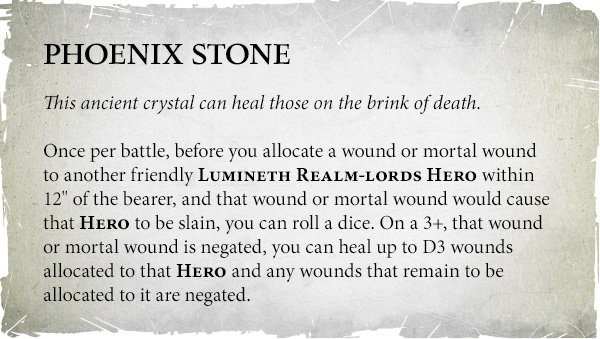 It’s now more reliable than before. Negate the incoming wound and also heal the once mortally wounded target for D3 wounds, too! I don’t know if this makes the bearer of this relic a bigger target or not but the Phoenix Stone is a better relic than it’s previous incarnation.

Alarith Stoneguard got some love in the form of a new ability called Fortitude of Earth. They now have a 4+ ward vs mortal wounds why they are contesting an objective that you control: 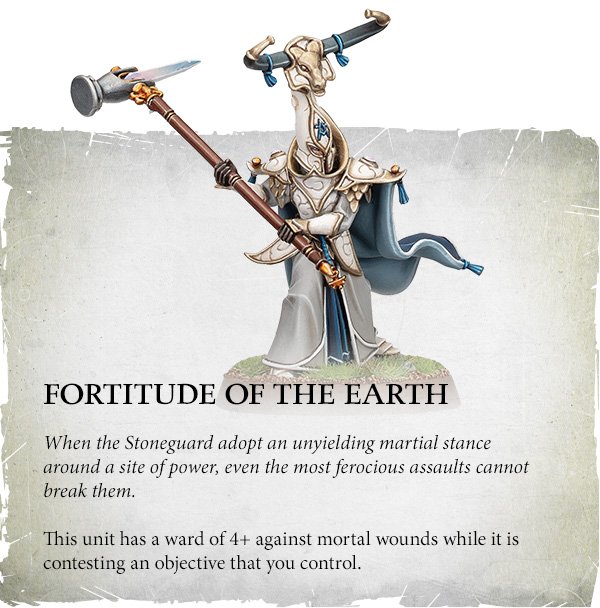 This is going to make the unit more viable at holding out on those objectives. But it’s not just their defensive prowess that increased. When paired with a Alarith Stonemage with the Molten Talisman equipped, they also hit harder!

That extra +1 to wound rolls for this unit will certainly come in handy and make them very smashy with a 2+ to wound. That’s one unit you probably don’t want to get tangled up with.

Hurakan Windchargers got a new trick with their arrows as they now bypass Ward rolls with their shots: 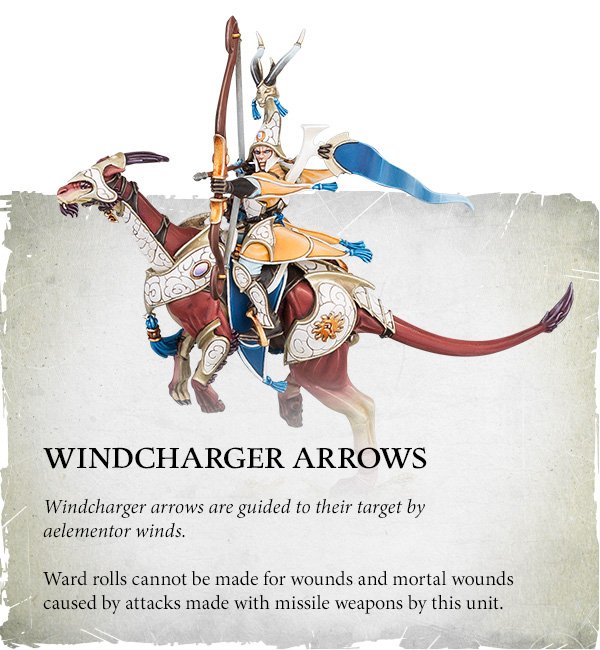 They lost the ability to ignore cover but considering their mounts can basically get where they need to be that shouldn’t be a huge loss. That also makes them extra deadly against units that rely heavily on wards instead of traditional armor. 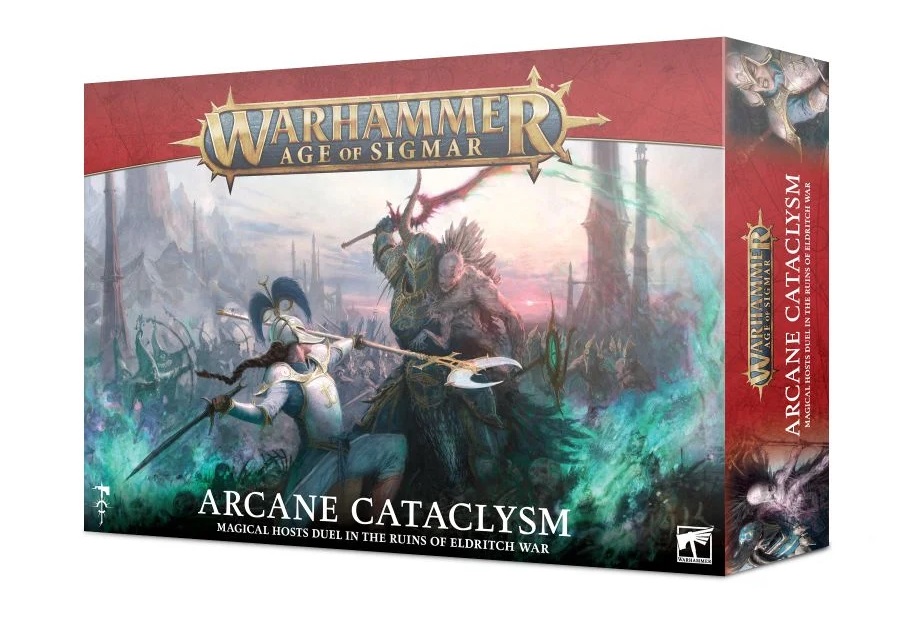 The new battletome is coming soon! Prepare your Lumineth Realm-lords for a new march to war!

Minis Spotlight: Gorgeous Freehand, Scythes of the Emperor on Fire, and More