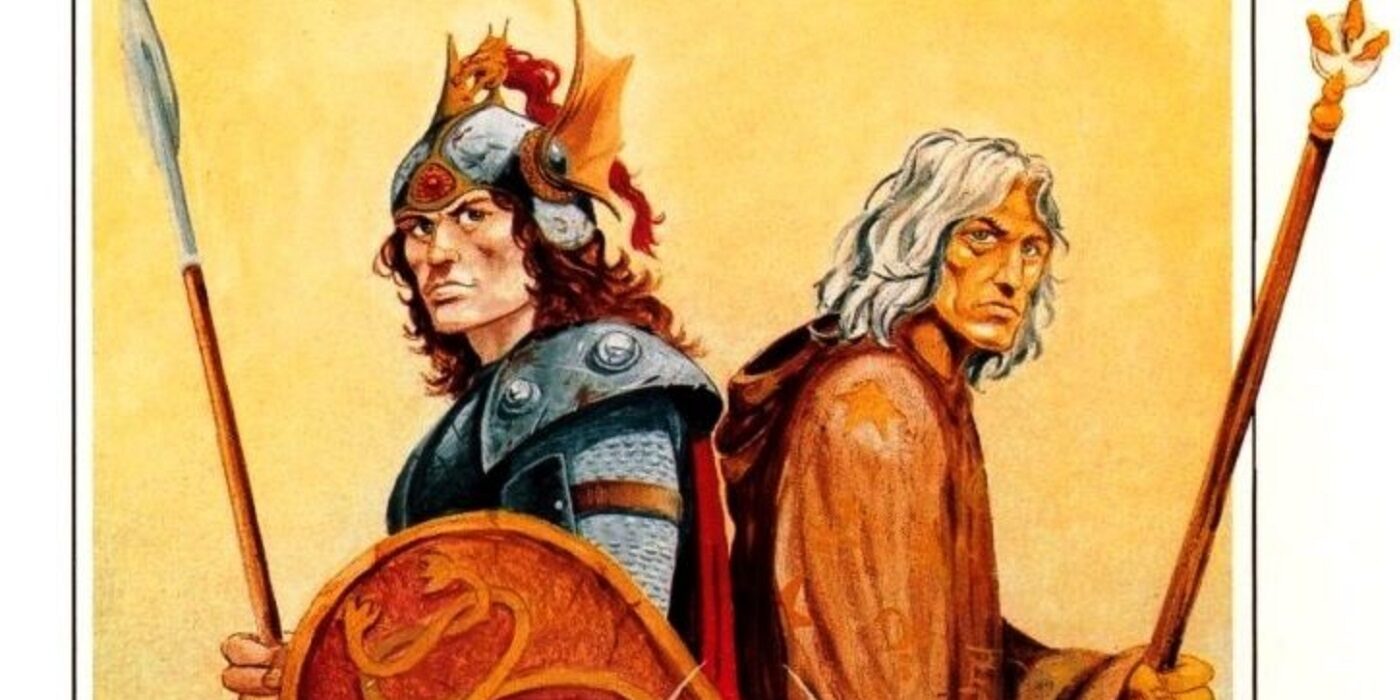 Sickly, frail, and imbued with power enough to end the world and challenge gods, Raistlin Majere is a brooding mage of legend.

The twin brothers Caramon and Raistlin Majere left their mark on the world of Krynn. From the outside, they could not have been more different. Caramon was handsome and strong and an excellent fighter. Raistlin was frail, weak, and had beautiful golden skin and eyes because of how special and good at magic he was.

But ultimately, the love of these two brothers would save the world. Even from Raistlin Majere.

Origins of an Archmage

Raistlin Majere was born to Gilon and Rosamun Majere shortly after his brother. However, even at birth, Raistlin proved to be a difficult child. His birth almost caused the death of his mother, and when even the midwife was ready to write him off, only his half-sister, Kitiara Uth Matar took a chance to nurse the boy back to health.

In fact, it was Kitiara who gave Raistlin his name, taken from a hero in tales told to her by her father, Gregor Uth Matar. The fictional Raistlin was not the bravest or the strongest, but he was the cleverest. And Raistlin Majere took solace in those stories.

Because, unlike his twin, Raistlin was sickly and small, and constantly harassed by the other children the boys met in Solace. Like most children who show some gift for magic, Raistlin was taken away from his family at the age of six. This perhaps explains why there were so many dark wizards on Krynn.

But Raistlin was no different. He was admitted to Poolbottom, a school of magic with a promising reputation and several hilarious nicknames. As Raistlin rose through the ranks, it became apparent that what he lacked in physical prowess, he made up for in magical might. A fact that would haunt him, literally and metaphorically.

After his parents died, and the blame laid partially at Raistlin’s feat for being an “evil mage, lacking in faith” Raistlin and Caramon would have a closer bond than ever. Right up until Raistlin killed Caramon.

Taking the Test of High Sorcery 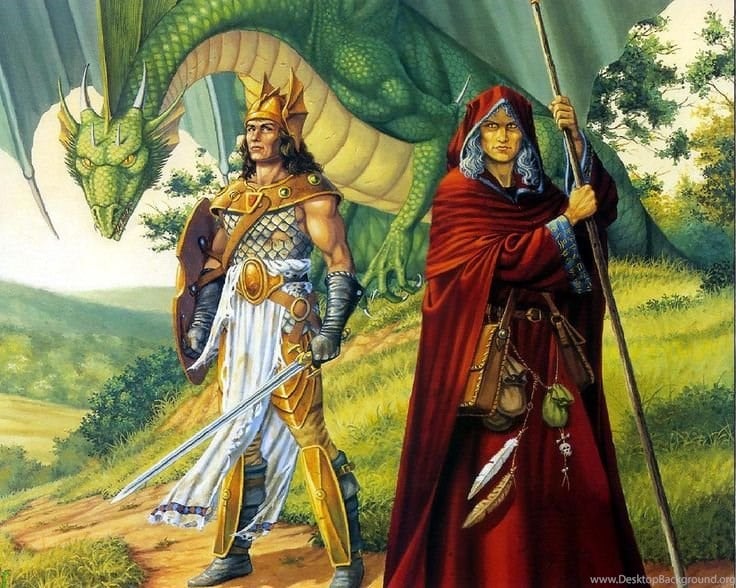 At twenty years of age, Raistlin Majere became the youngest mage ever to take on the Test of High Sorcery. This test, created by the first three mages, was designed to ensure that those without self-control could not access High Sorcery. This test not only aligns the apprentice mage to one of Krynn’s three magical moons, it also is designed to teach the aspirant something about themselves.

Raistlin Majere journeyed to the Wayreth Forest like those who came before him. There, he ascended to the tower, where he faced many tests. The archmage Fistandantilus offered him a bargain: give the archmage some of Raistlin’s precious little life force or face the final test alone.

Naturally, Raistlin traded away some of his life for power. But, in a surprise, nobody but everyone thinking about it for more than thirty seconds could have seen it coming, the final test wasn’t actually the final test. As Raistlin’s opponent lay defeated, and Raistlin was dying on the floor (thanks to his bargain), Caramon appeared. Alongside his brother, another enemy arose to attack the twins, and Caramon quickly pulled spell components from a pouch in order to cast a spell to destroy the enemy.

As anyone might expect, Raistlin flew into a jealous rage and used his last ounce of strength to kill his brother with one final spell.

Illusions and Darkness Within Raistlin Majere Fortunately, it was just an illusion. Raistlin slew only an illusory duplicate. It was meant to teach the younger Majere compassion. Instead, it only proved his mettle. After that, the twins’ relationship changed. Which is understandable, what with one watching the other kill him and all.

Raistlin bore physical marks from the test as well. His hair turned white. His eyes transformed so that he had hourglass pupils. And his skin had turned a golden hue.

Despite killing an illusory version of his brother in a jealous rage, when he was meant to be learning compassion, Raistlin was given the Red Robes of Neutrality because he had to turn evil later in the story.

War of the Lance 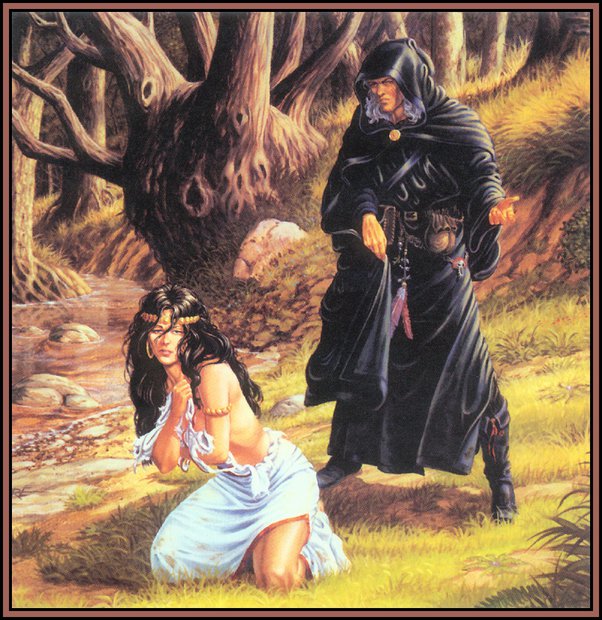 After adventuring as a mercenary with his brother, Raistlin grew in strength. Magical strength, of course. But the two brothers reunited with old companions. And as they did, Raistlin reveled in how shocked his old friends were by his new appearance.

The story of how Raistlin and the Companions of the Lance fought the Dragonarmies of Takhisis is a legend. Over the course of many battles, Raistlin grew to learn more about the archmage Fistandantilus. As he discovered more about the dark wizard, Raistlin’s allegiance changed. And he pledged himself to the Dark Queen’s service and the black robes of an evil mage.

However, Raistlin also helped seal away the Dark Queen, preventing her from re-entering Krynn. And as he did, the other mages in the Queen’s service raced to stop them. But Raistlin stopped them all.

Raistlin Majere and the Abyss 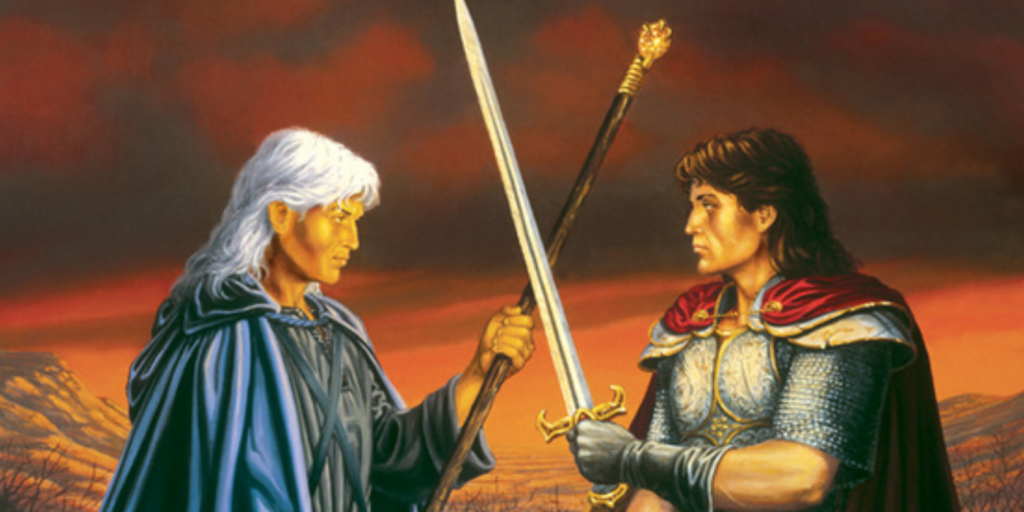 After the War of the Lance, Raistlin withdrew into the Tower of High Sorcery. There he studied the dark wizard Fistandantilus’ spellbooks. He also conducted secret experiments in the tower, trying to create life, because even then he was determined to take the power of the gods for himself, but that was just par for the course for the Tower.

Raistlin determined that he would challenge Takhisis for rulership of the pantheon of evil gods. Which led, indirectly to Raistlin traveling back in time. There he confronted Fistandantilus and drained the older mage’s unnatural life away, replacing him and assuming his identity.

Raistlin manipulated events in the past but found that he could not change certain events in the river of time. Instead, he descended into the Abyss in order to destroy Takhisis and bring great evil to the world of Krynn. Only Caramon, his brother, could stop him.

And Raistlin sacrificed himself to seal Takhisis and himself away from the world.

As you might expect, he got better. But that is a tale for another time. 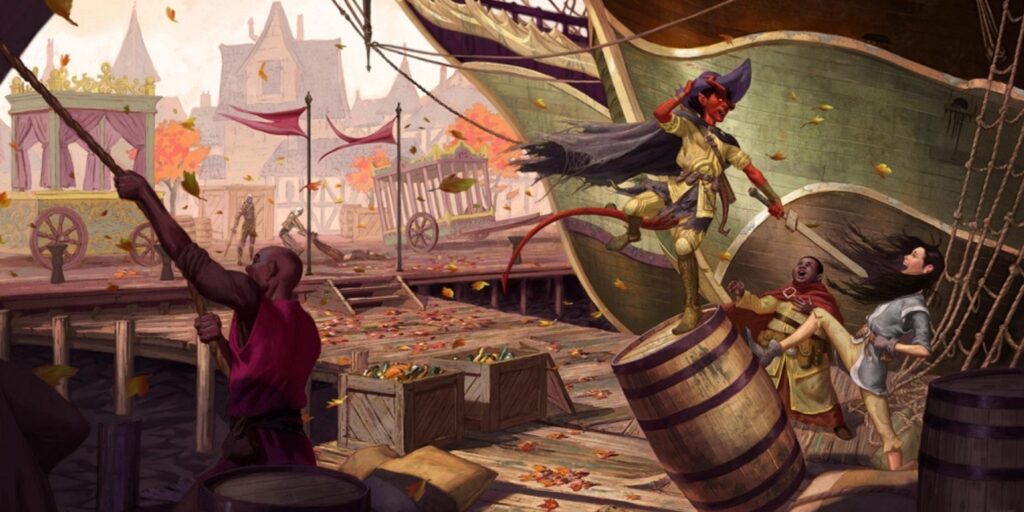