MTG: A Secret Lair With A Secret Message – Aleksi Briclot 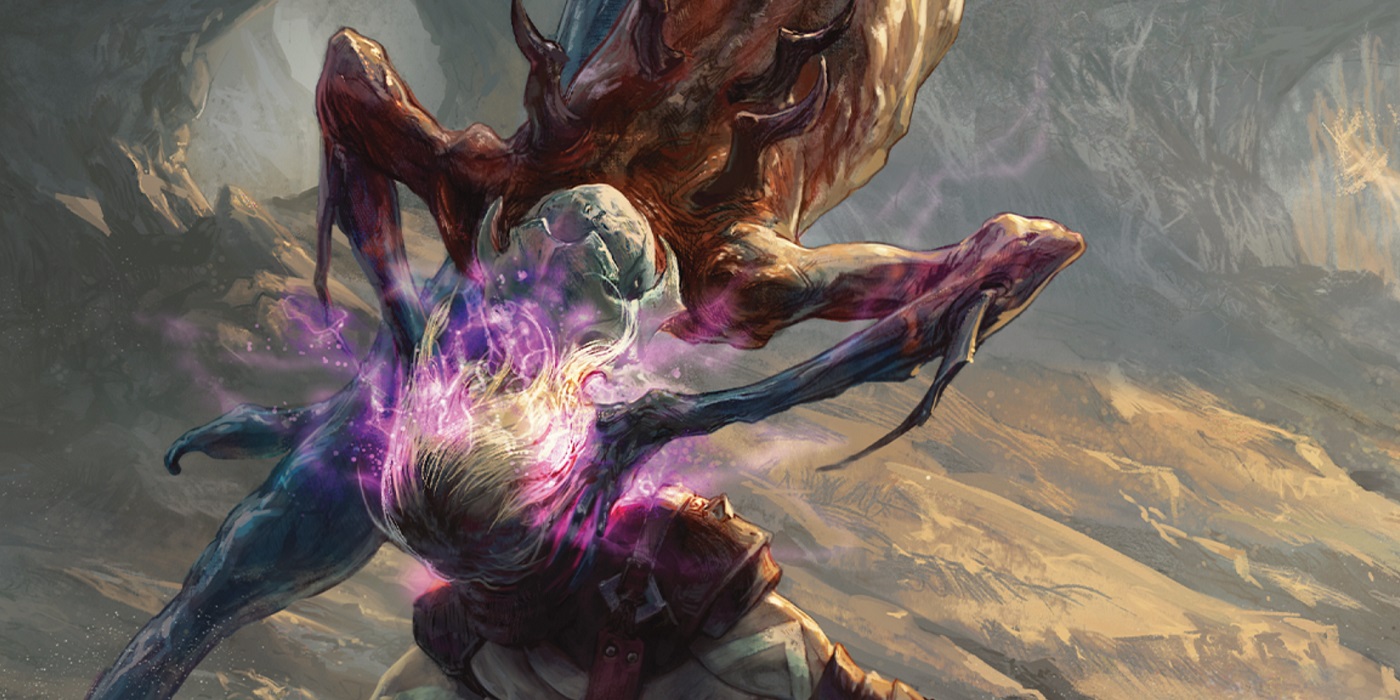 Eldrazi and their machinations abound in a new Secret Lair that features a Secret Message. Can you figure out what it says?

Those Eldrazi are always up to something. Whether trapped in the blind eternities or imprisoned in a moon where they’re becoming something… else. Whatever the case, a new Eldrazilicious Secret Lair with a Secret Message has just dropped. Just try not to think too hard about what the message might be.

That’s how we get more Eldrazi. But even if you aren’t driven to figure out that Wizards wants you to drink your Ovaltine, Aleksi Briclot imagines some pretty sweet borderless cards that all combine into a single panel. Check it out! 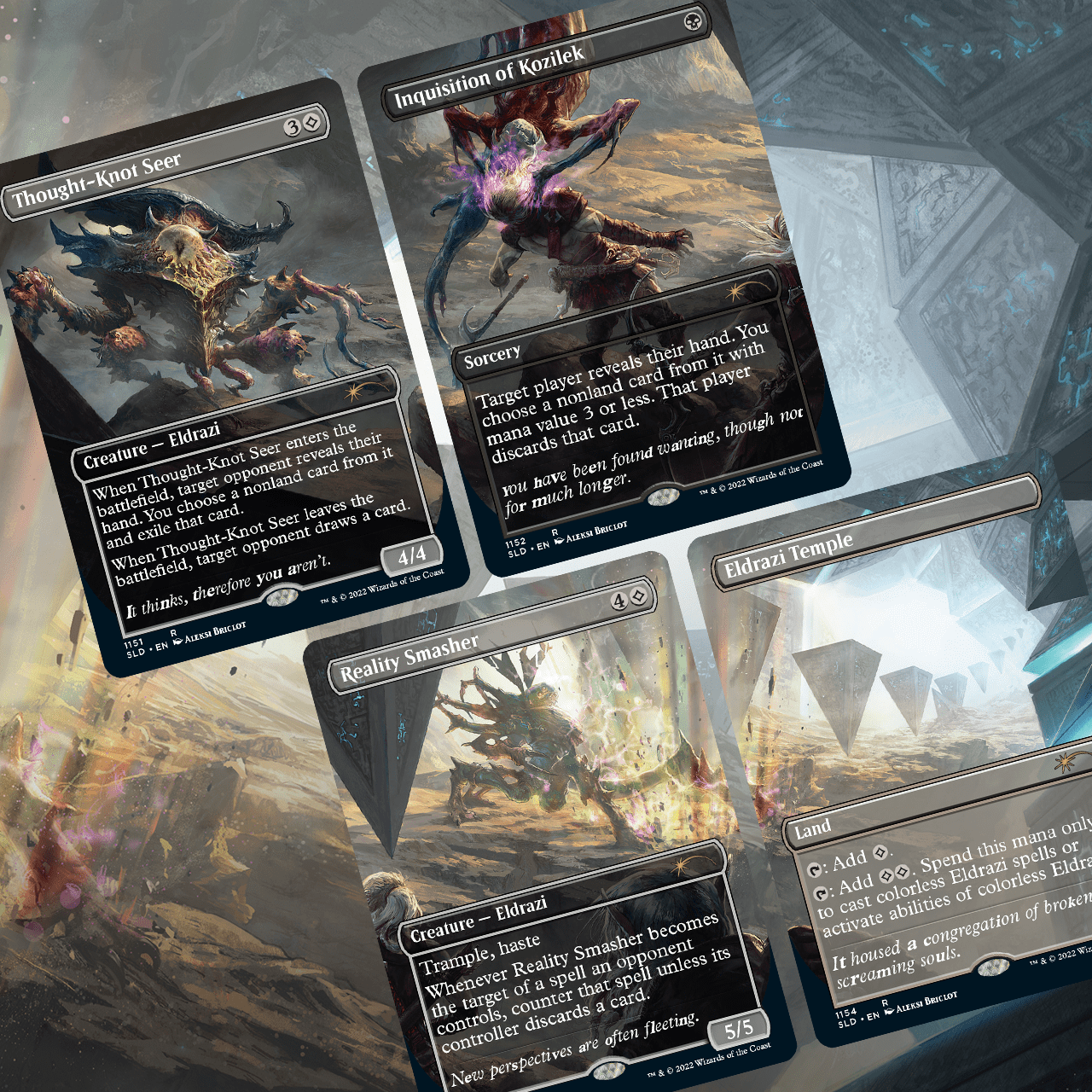 Aleksi Briclot has been making Magic art for nearly two decades, so we’re shining the spotlight on his amazing talent with a drop that’s especially cool: all the borderless cards combine to form a complete panoramic scene. Also, there might be something strange happening with the flavor text . . . perhaps a hidden message? Piece it all together by adding these to your deck or collection!

There are four cards all in all. The Inquisition of Kozilek: 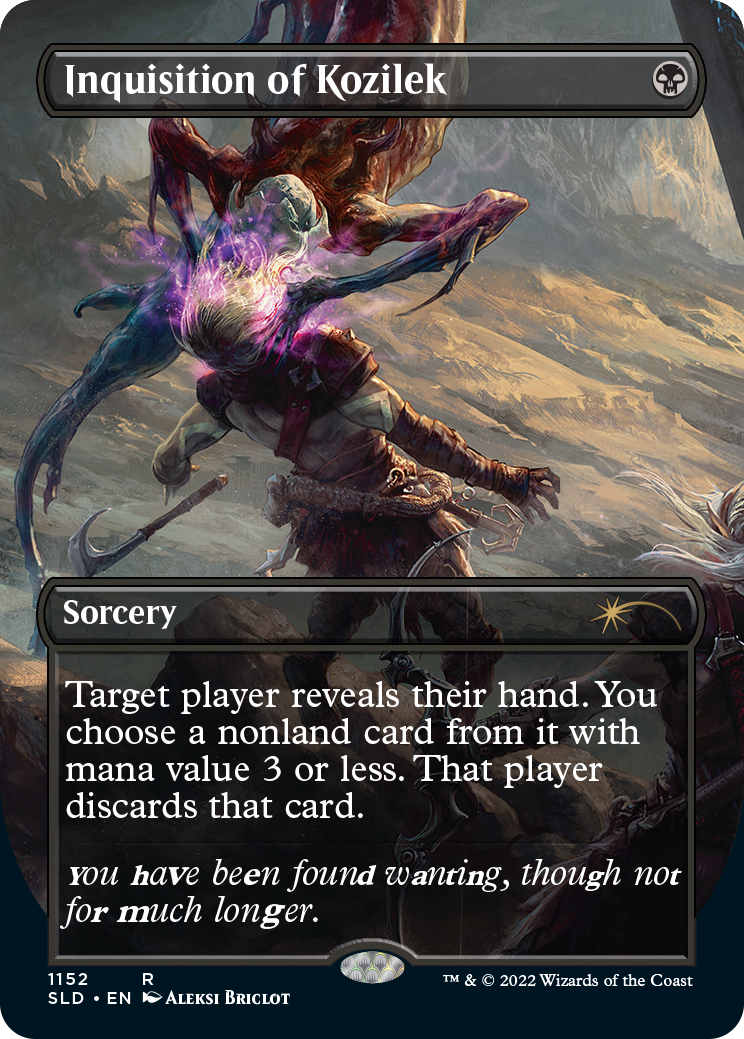 Which proves that we have been weighed, measured, and found wanting. It portends just a little bit of doom. 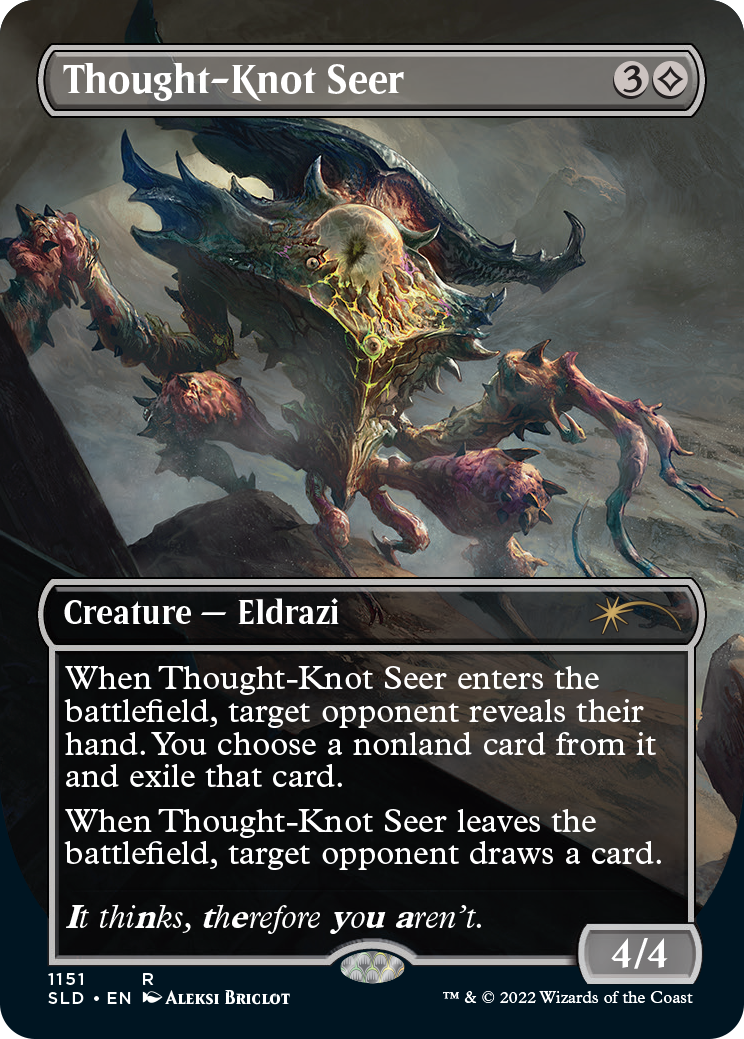 The Thought-Knot Seer is here as well. And you’d better believe there’s a Reality Smasher where the Eldrazi are concerned. 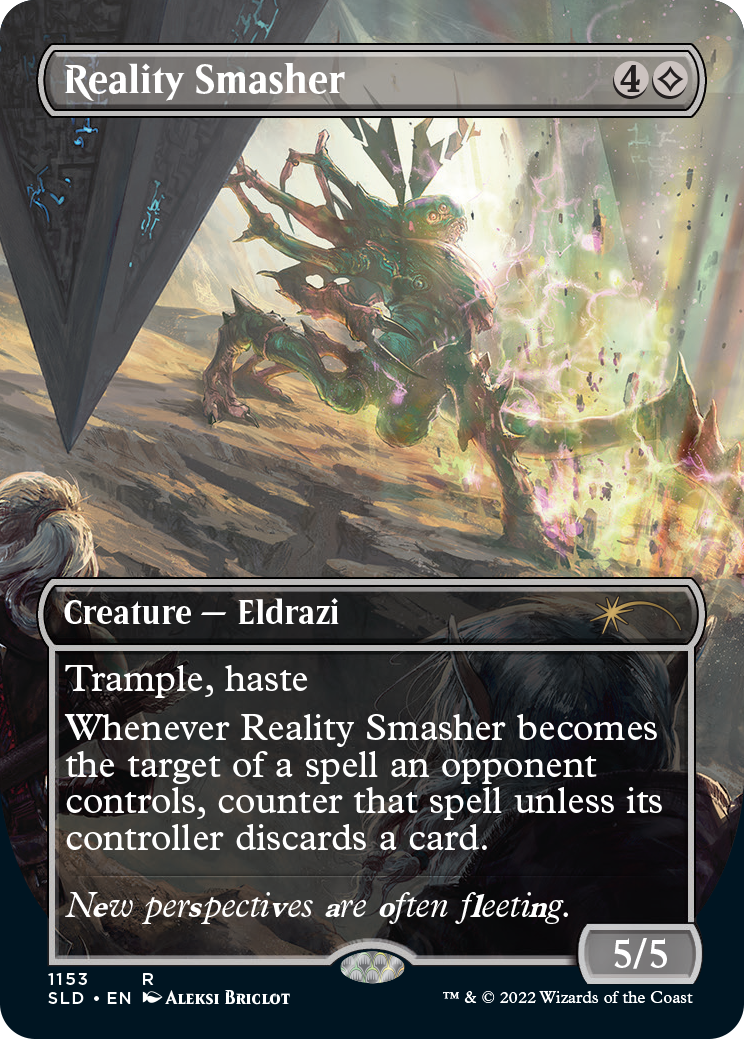 The scenes of eldritch violence all come together to reveal a panorama happening at the Eldrazi Temple: 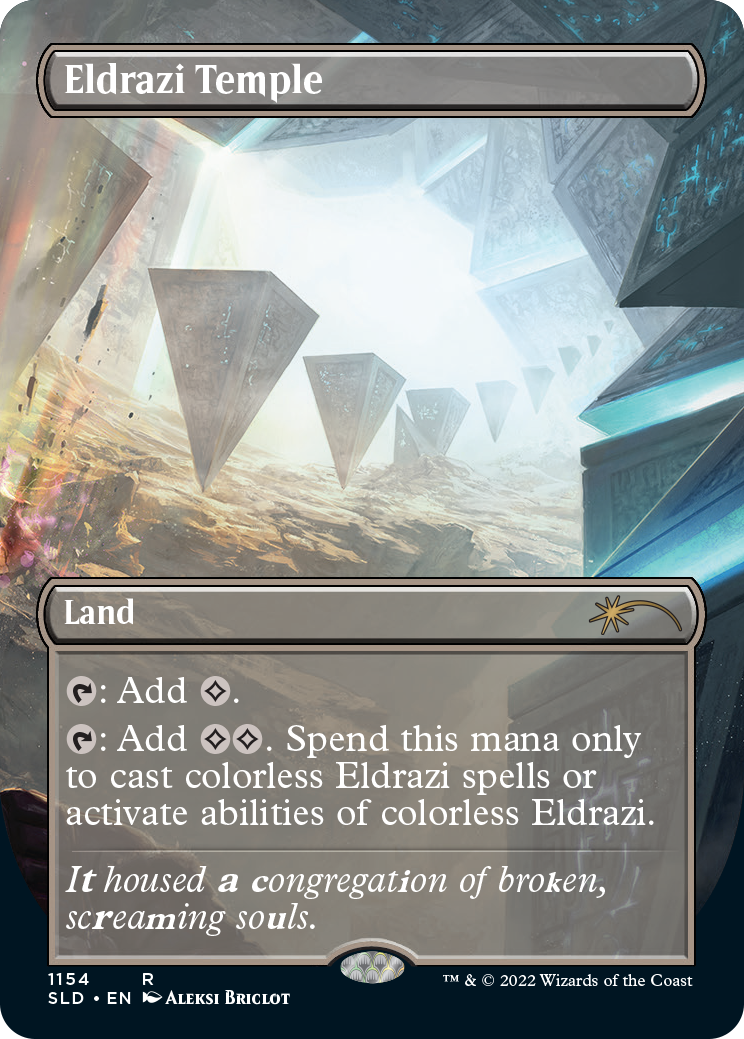 And by now you’ve noticed the highlighted 35 letters from throughout the cards:

Outside of something about a vintage duck museum, the message is as yet unclear.

But perhaps YOU know what it says

Outside the Box - December 2nd 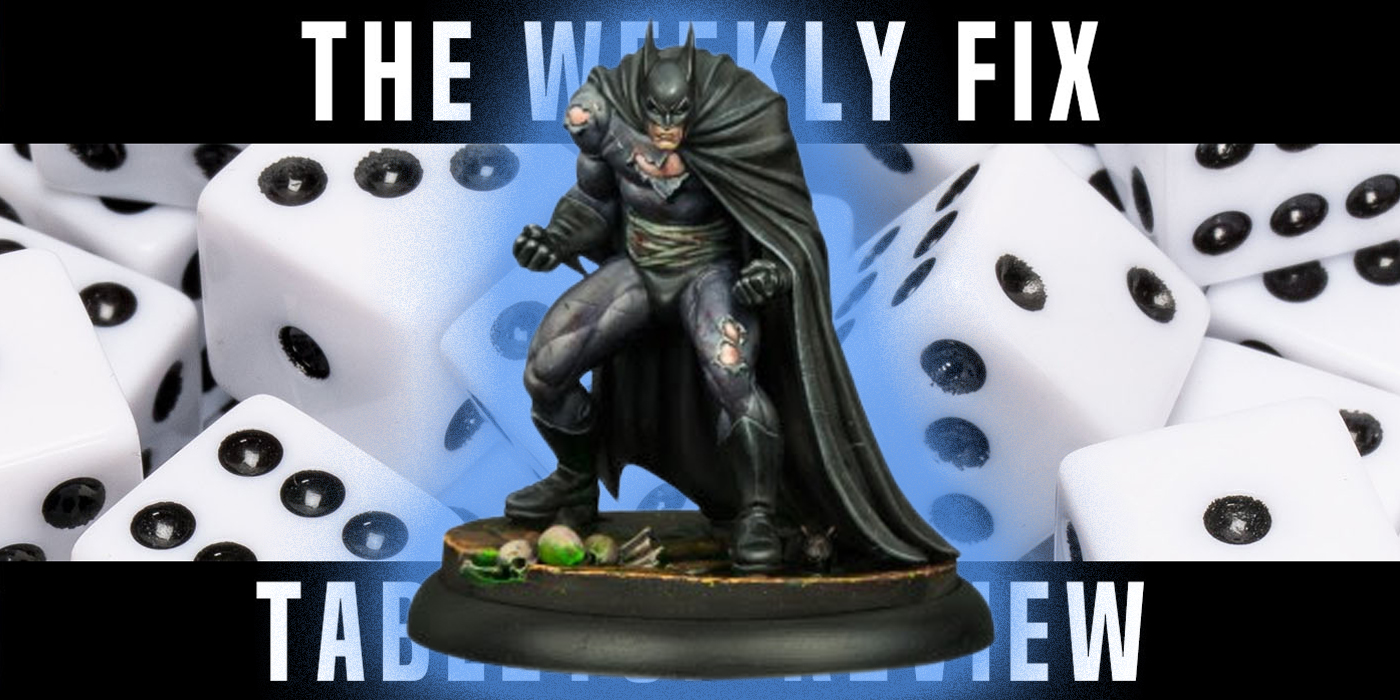