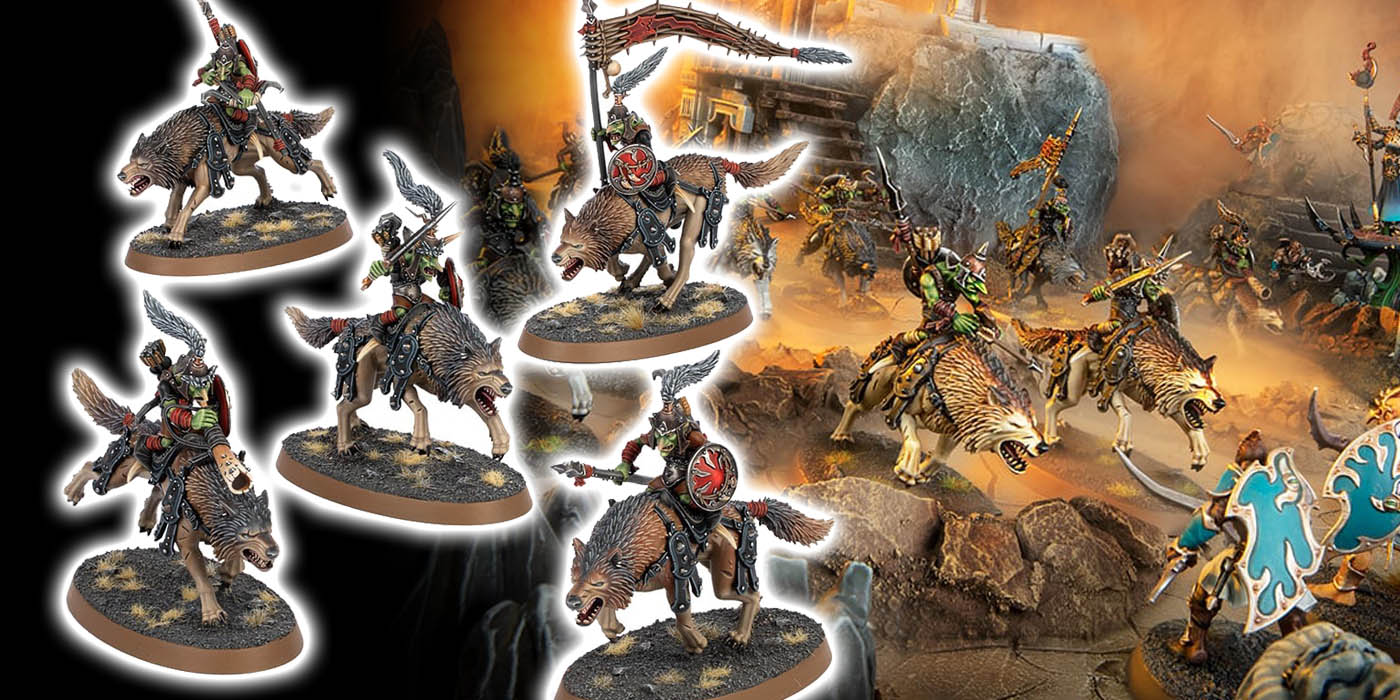 Games Workshop is showcasing the upcoming Snarlfang Riders. The Gitz are riding wolves once more!

The classic pairing of goblins and wolves are back once more with a refreshed look. The new Snarlfang Riders have gotten a refreshed look and ready to charge in an cause all sorts of problems in the Mortal Realms. Today, we’re taking a closer look that the kit and the models. 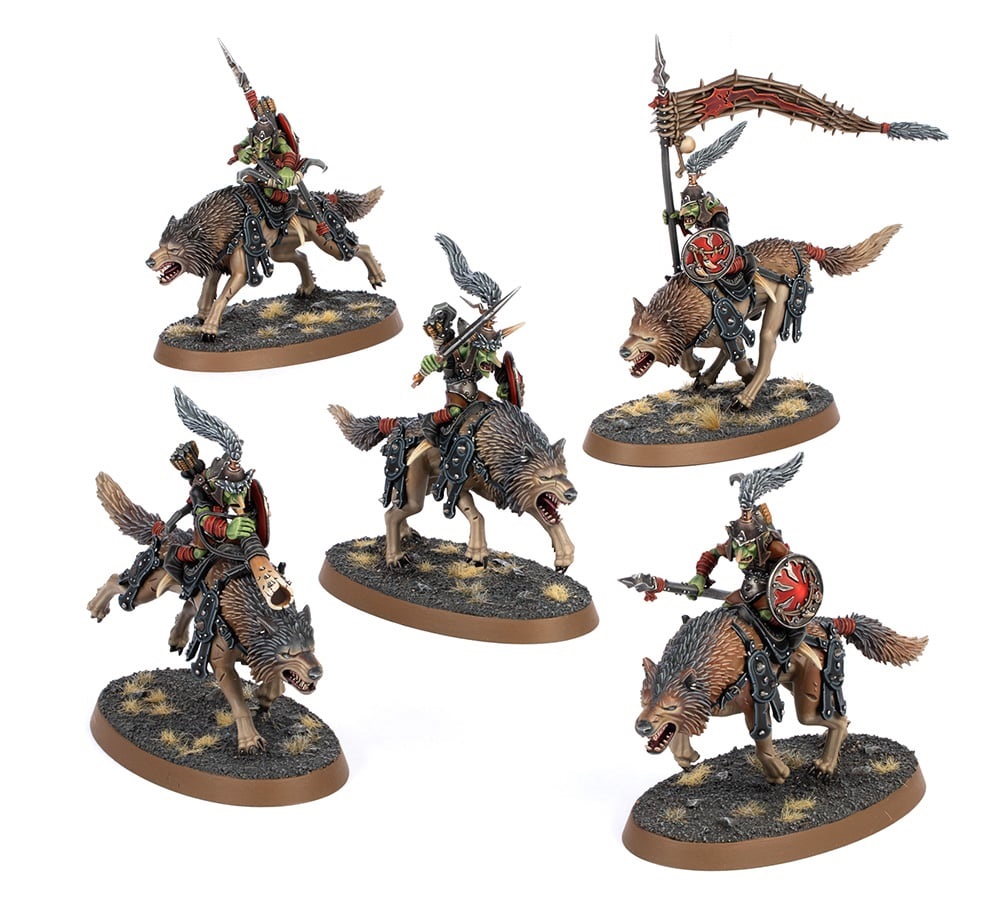 “Back when the grot tribes first parted ways, the Gitmobbers headed for the open plains. Unafraid of the sun’s radiance, they flocked to Hysh – and have menaced the Ten Paradises ever since. Indeed, the wildlife of Hysh is unusually intelligent, so perhaps it was in the Realm of Light that the Gitmobs first formed a partnership with the lupine snarlfangs. These fleabags are vicious, cruel, and have highly toxic saliva, so they don’t make ideal pets, but they are fantastic mounts for a bloody raid.” 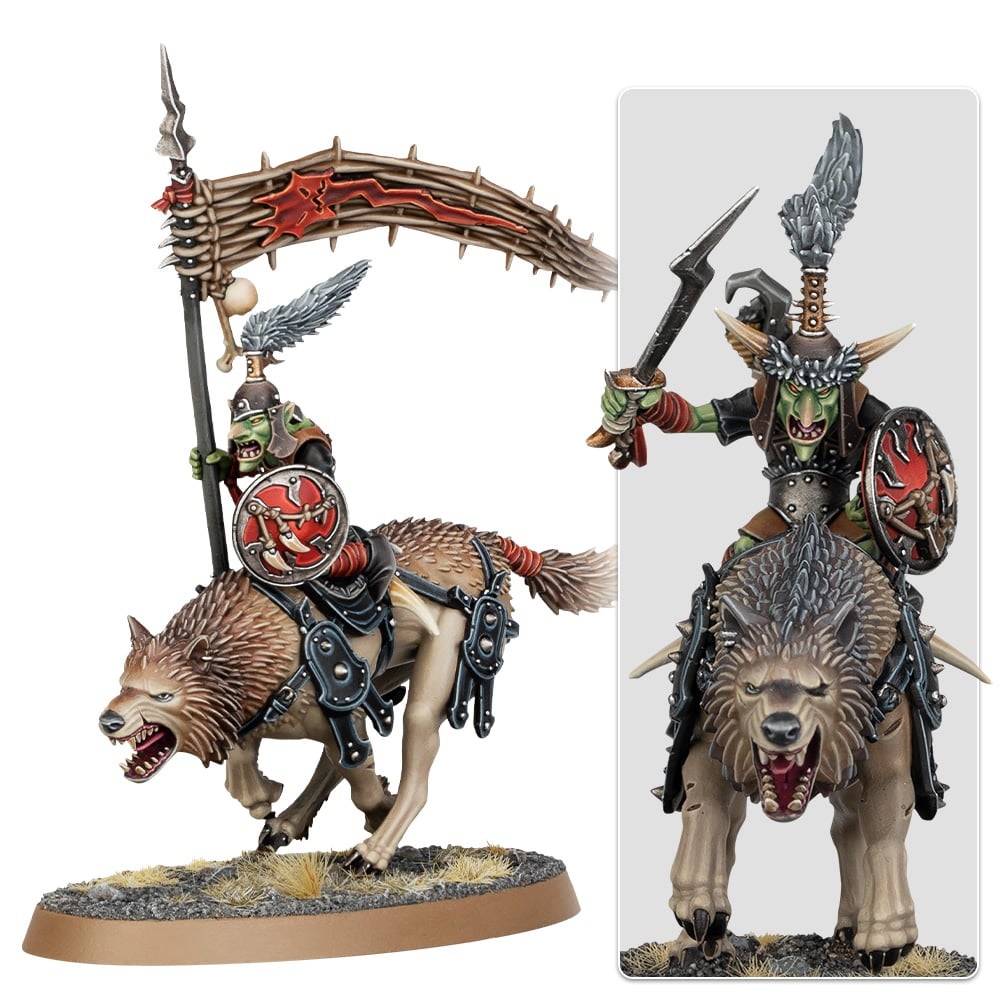 These new miniatures are certainly a step up from the classic version. Their mounts are larger and have a lot more details. I like the harnesses the wolves have on them as well as the extra spikes and studs. It makes them look even more fierce. 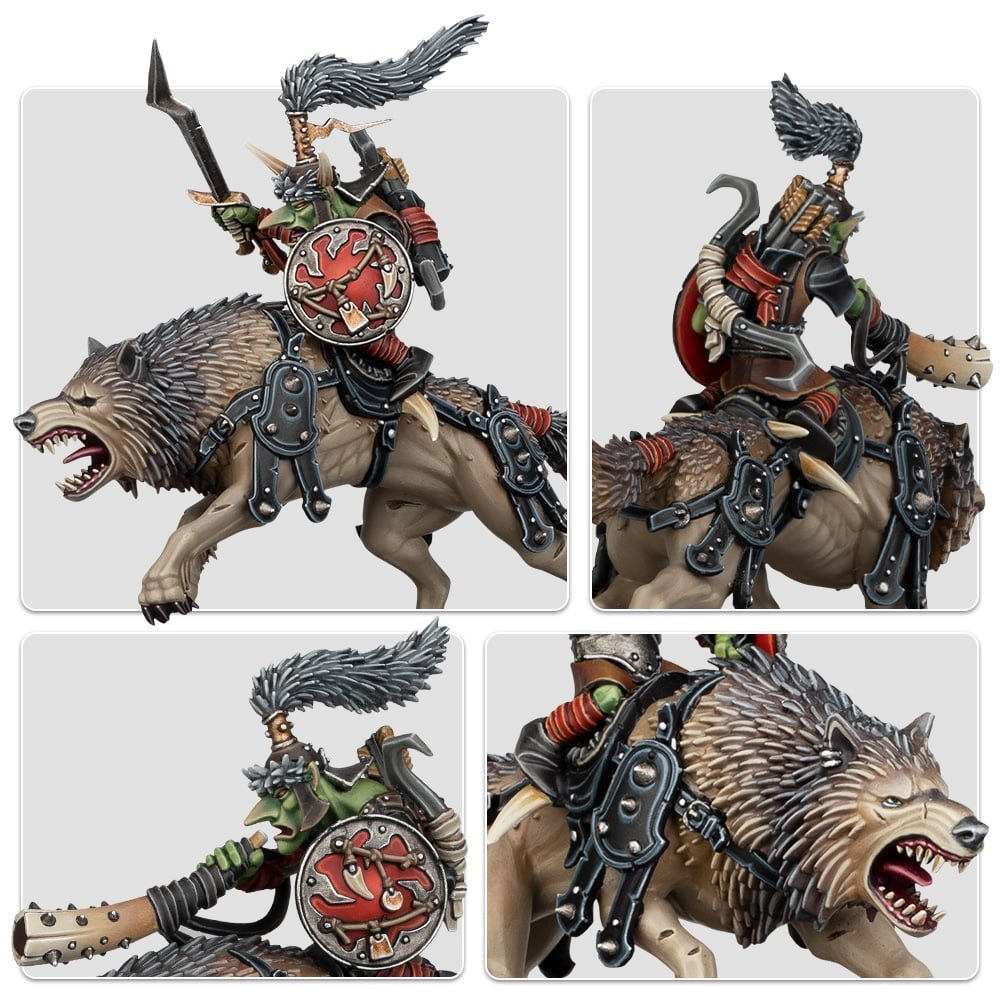 This kit also has some nice nods to the old kit while being a massive improvement. You can see the impact of decades of improvements in technology when you compare the two kits: 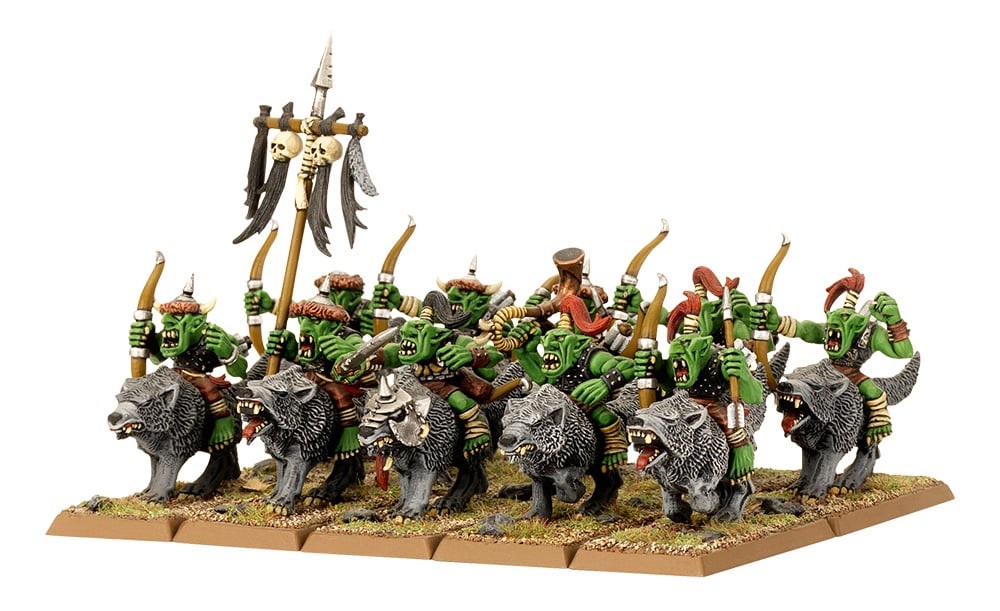 And hey, if you like the old models, that’s cool too. Personally, I’d much rather use the new ones as they really fit the aesthetics of a newer Gloomspite Gitz army.

“The new box also lets you swap heads, wolf-tail helmet tassels, and Glareface Frazzlegit-inspired shields freely between riders, and there’s a cracked hunting horn and a git-woven flag made from the dried-out greenery of the plains.”

When assembling your models you’ve got lots of options on how to build your models. From the sprues above you can see this kit’s packed with loads of bits. This kit is coming out right alongside the new Gloomspite Gitz Battletome. Both of which are going up for pre-order this weekend! 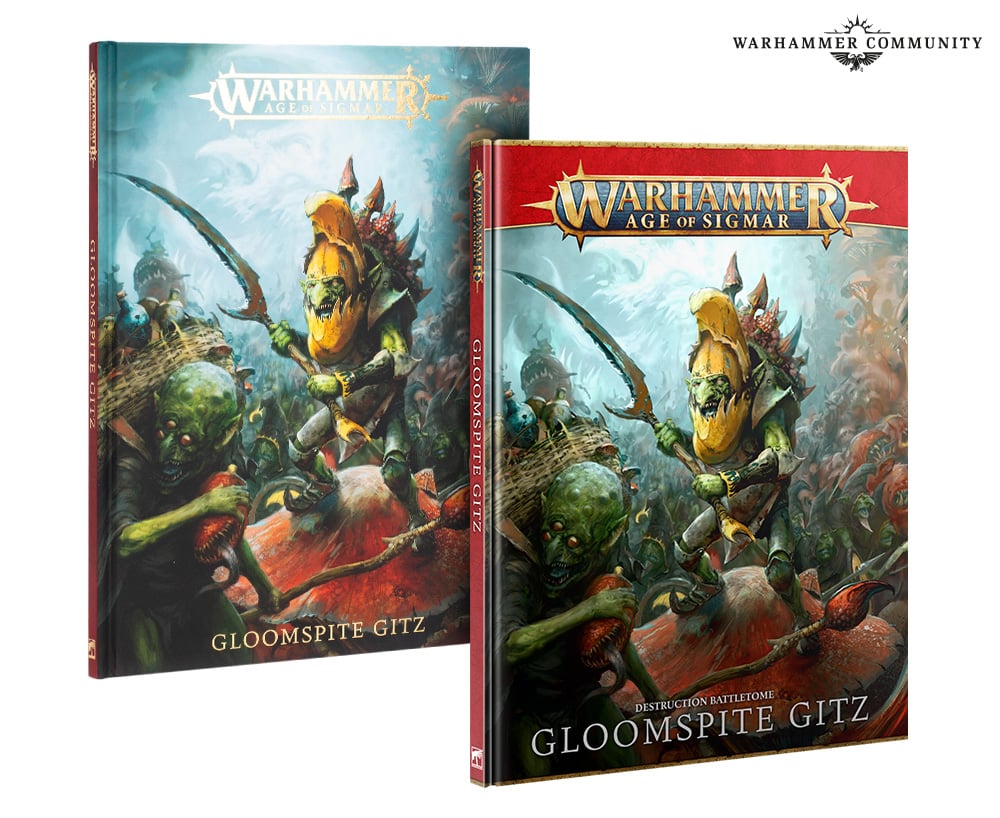 Snarlfangs have caught the scent of battle and are coming to the tabletop soon!

Author: Adam Harrison
Writer, Editor, Texas Native, and Austinite for 15+ years, Adam covers all things Tabletop Gaming. Which includes Warhammer 40,000, Age of Sigmar, D&D, Board Games and everything else that involves dice, boards, cards and a table. A hobbyist, player, and collector of miniatures and games, Adam's current obsession are his Death Armies for Age of Sigmar, his Blood Angels and Tyranids for 40k, and his ever growing Arkham Horror: The Card Game Collection.
Advertisement
Age of Sigmar AoS Destruction Games Workshop Miniatures
Advertisement 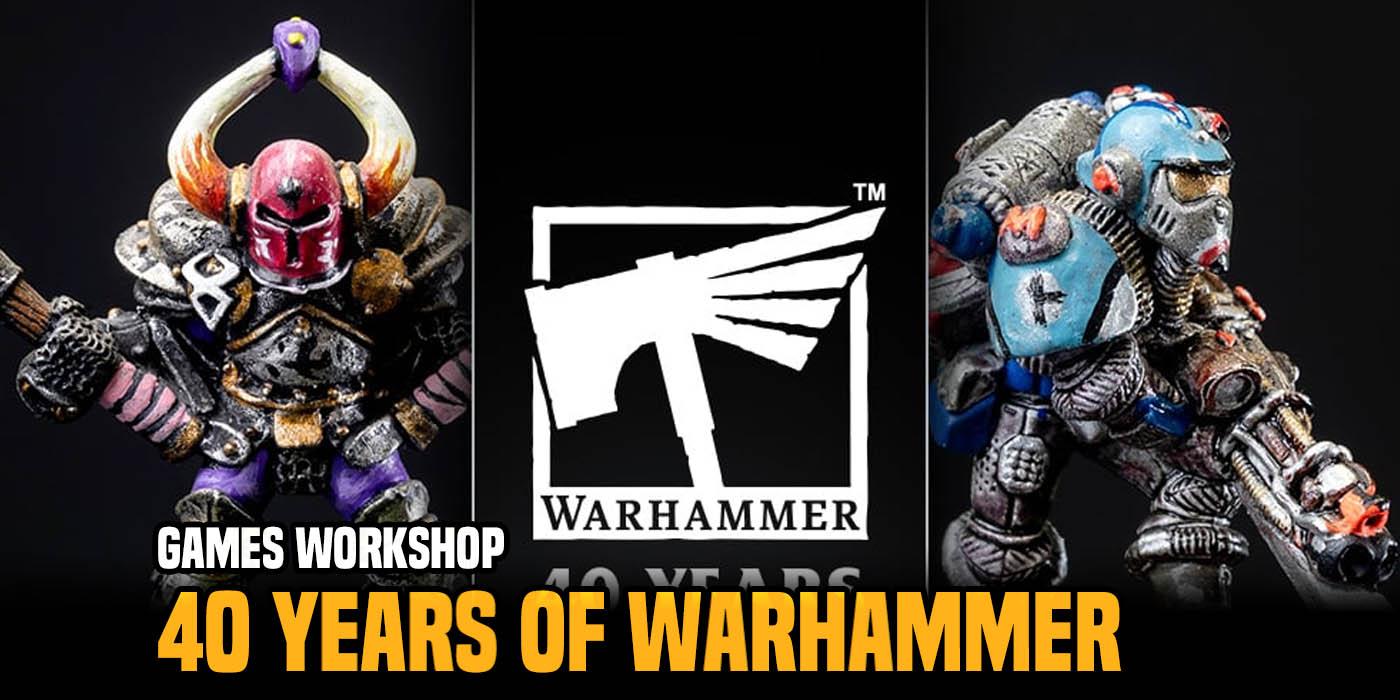