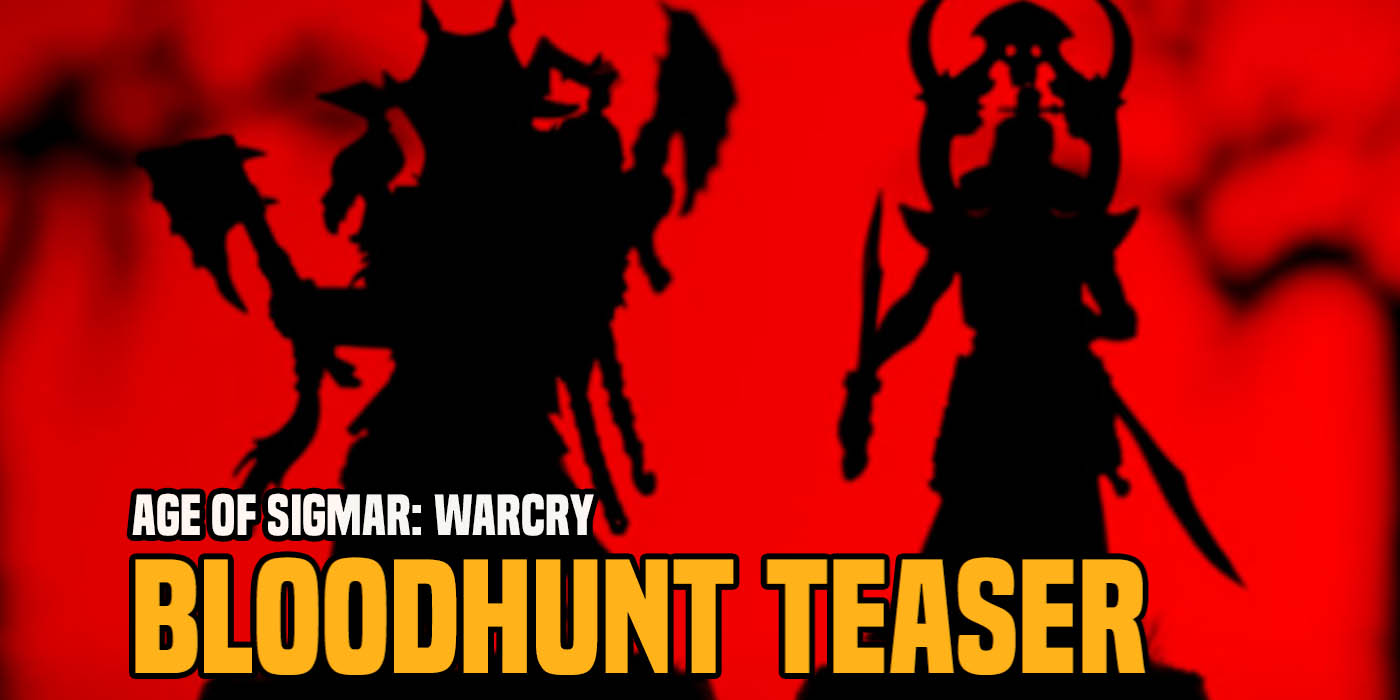 Is there such a thing as too much blood in Warhammer? NAH! You just need the right ratio with skulls.

Games Workshop has a list of the Bloodiest Things in Age of Sigmar. It’s not a bad list although I think the Bloodwrack Vyper takes the title, personally. But you should check out their list regardless of your feelings on blood. If you watch until the last part of the video you get a nice little teaser for the Bloodhunt Warband.

“Khorne doesn’t have a monopoly on things in this vein. There are plenty of bloody things all over the Age of Sigmar, giving rise to the question – who’s the bloodiest?” 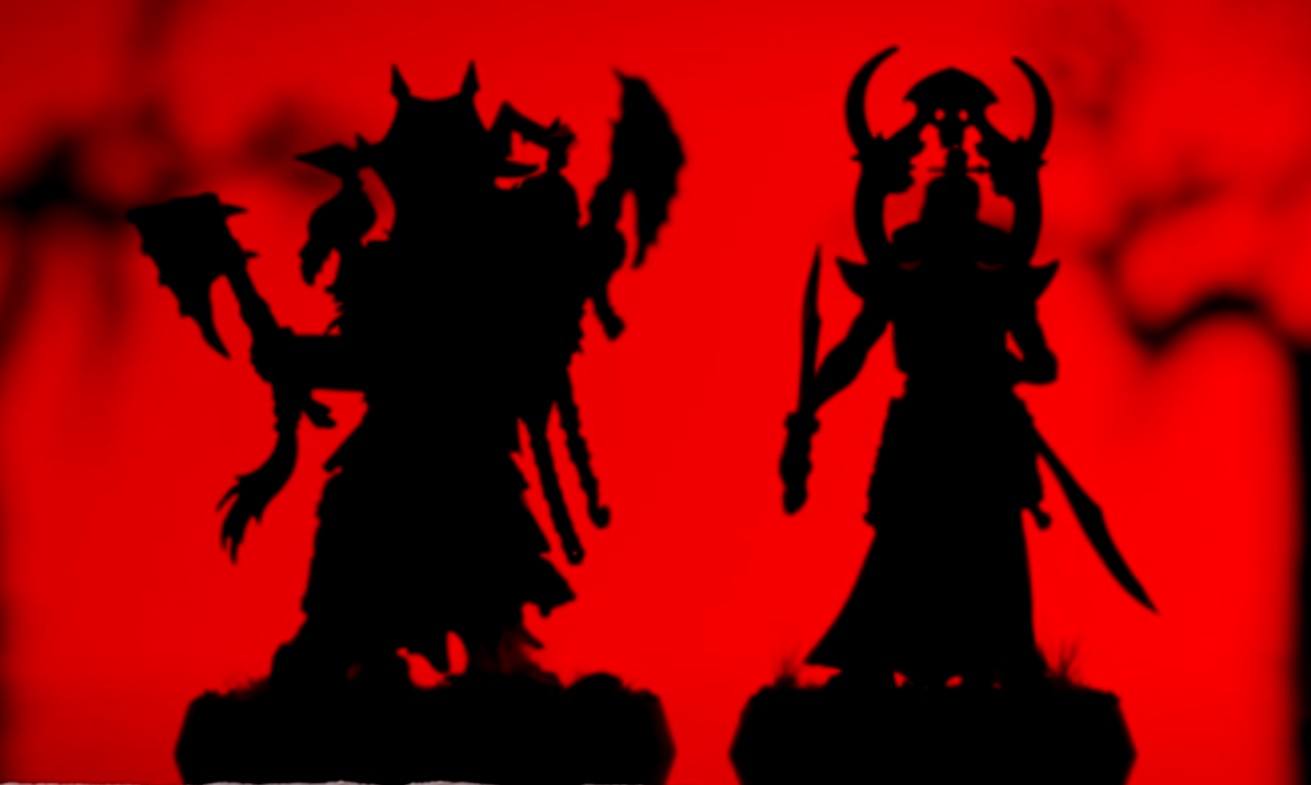 We do get a nice look at the silhouettes of the two figures from this new warband. One looks to have two rather nasty looking axes while the other has a pair of swords. There’s a few more images of some of the details for each as well. 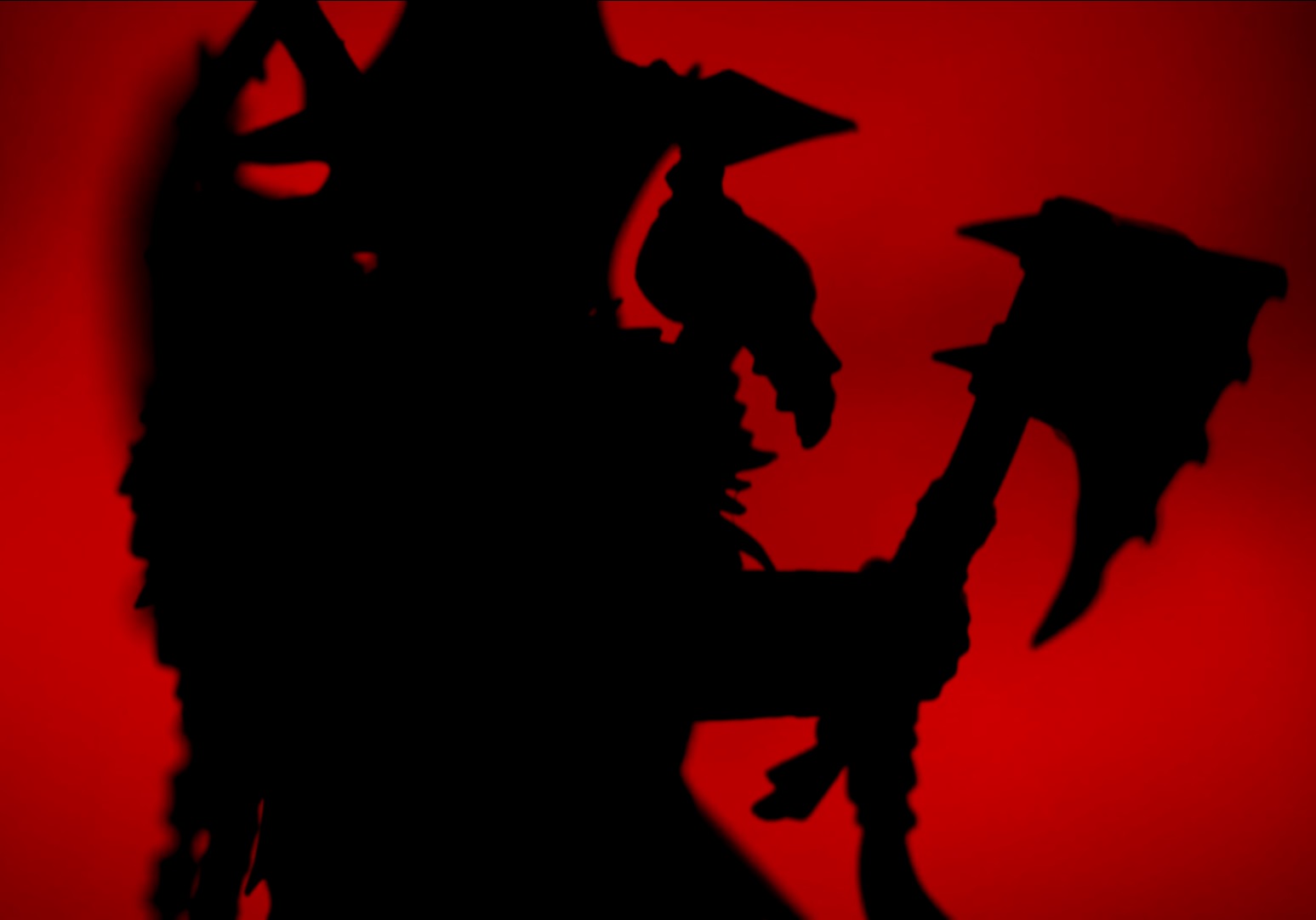 The first model certainly has some skulls and chains on them. Plus we get a closer look at the axe head, too. I’m getting a very animalistic vibe from this model. 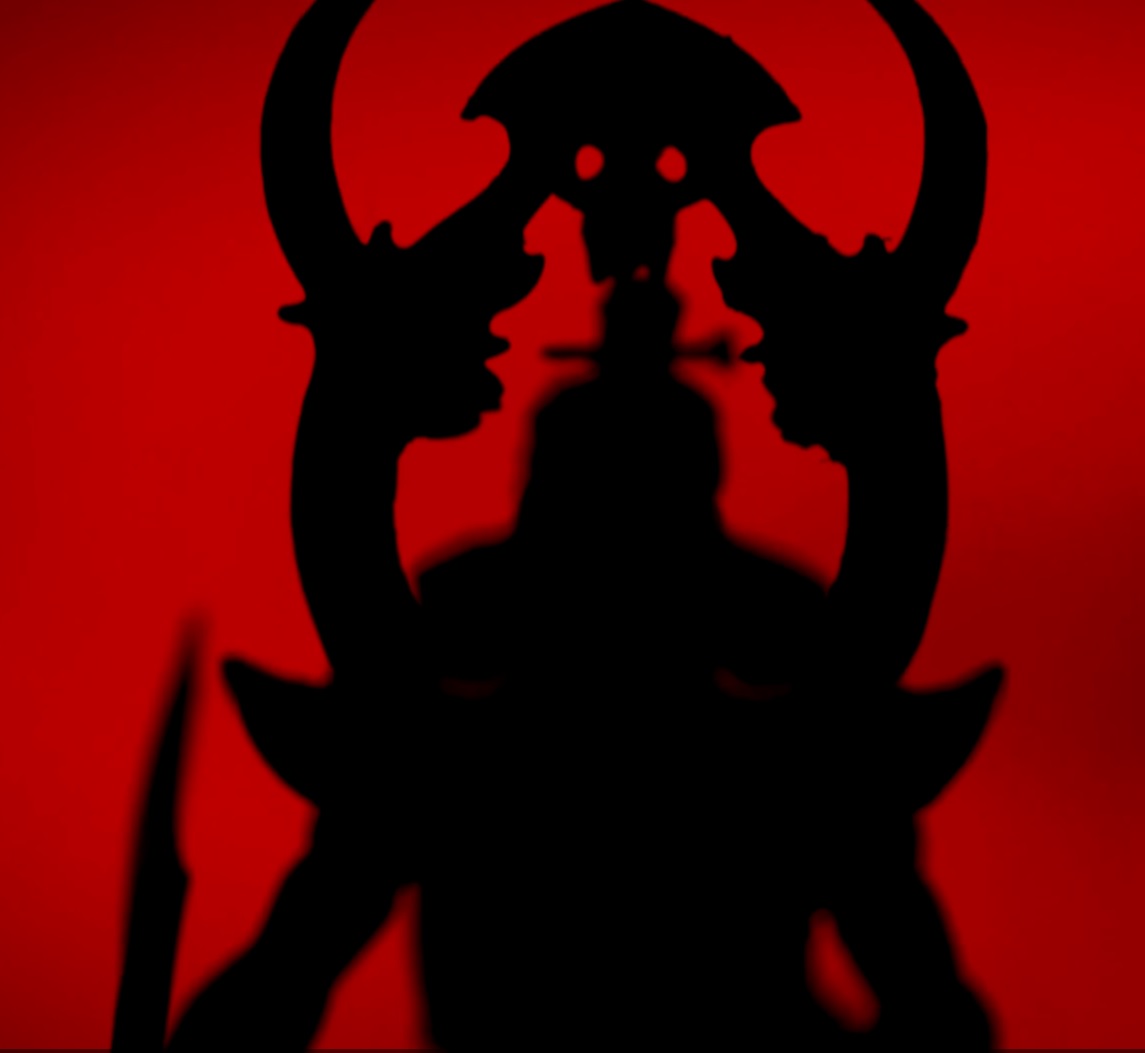 The second model has an interesting headdress on. Are those bones or tusks? Is this more ornimental than practical? Where’s the blood, anyhow? 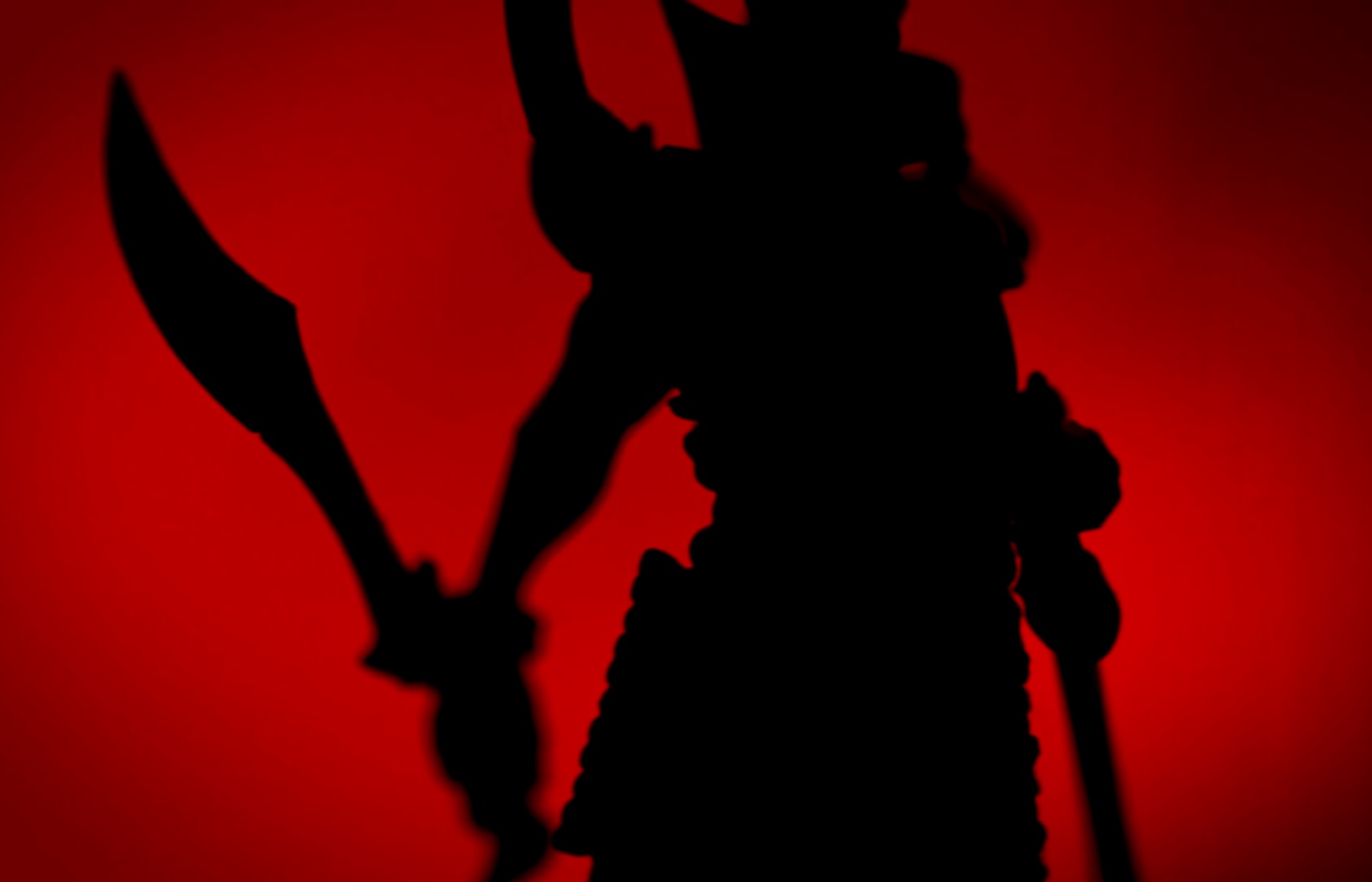 And finally we get a bit of the details on the armor and weapons. The armor plates look like the same type that Samurai wore called “yoroi.” The armor was fashioned out of lacquered wood or metal and connected with bands of lace or cords. It’s hard to tell if that’s the same thing happening here but that would be a nice touch.

The video hints that these warriors are fans of blood — but again, we can’t really tell other than the red background lighting. The name is a pretty big giveaway though. I do wonder if these folks are going to be followers of Khorne or if they are more “independent contractors” if you know what I mean. 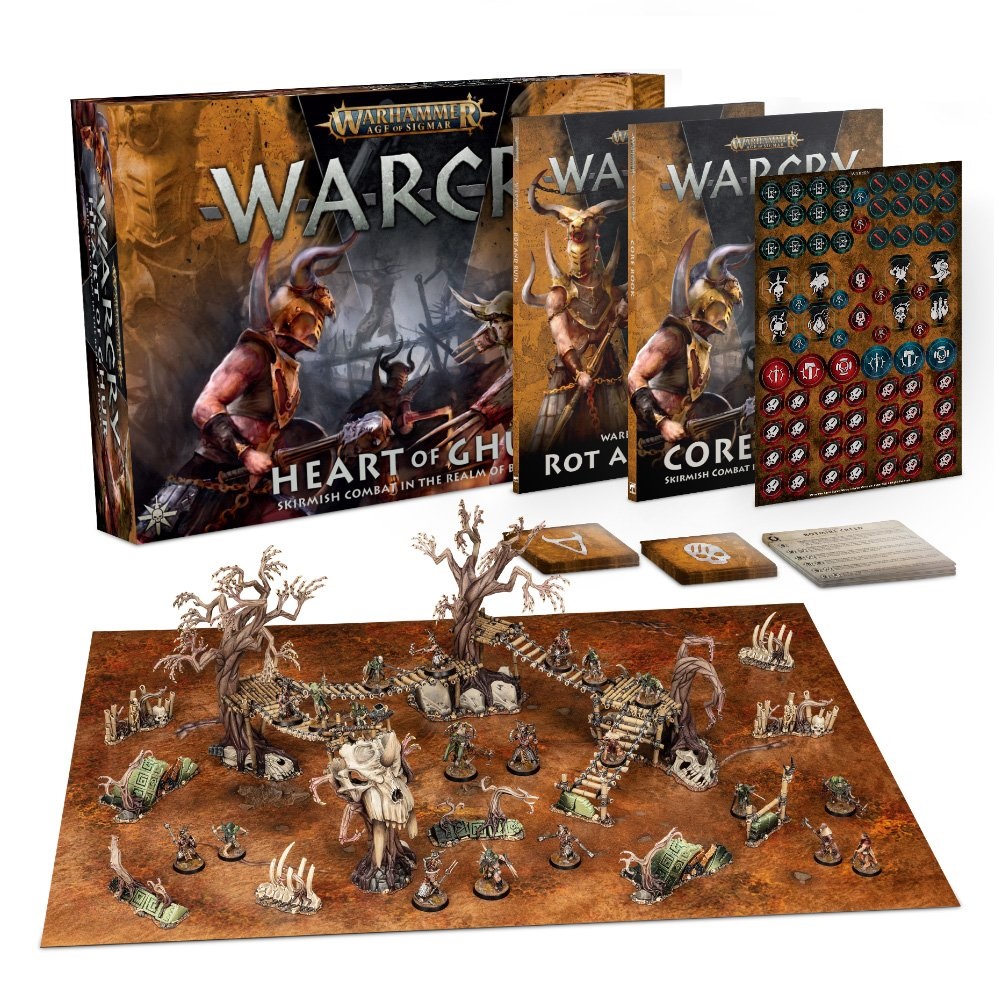 In anycase, the Bloodhunt are coming to Warcry soon enough. And I have a feeling…

There Will Be Blood.

Author: Adam Harrison
Writer, Editor, Texas Native, and Austinite for 15+ years, Adam covers all things Tabletop Gaming. Which includes Warhammer 40,000, Age of Sigmar, D&D, Board Games and everything else that involves dice, boards, cards and a table. A hobbyist, player, and collector of miniatures and games, Adam's current obsession are his Death Armies for Age of Sigmar, his Blood Angels and Tyranids for 40k, and his ever growing Arkham Horror: The Card Game Collection.
Advertisement
Age of Sigmar Games Workshop Miniatures Warcry
Advertisement 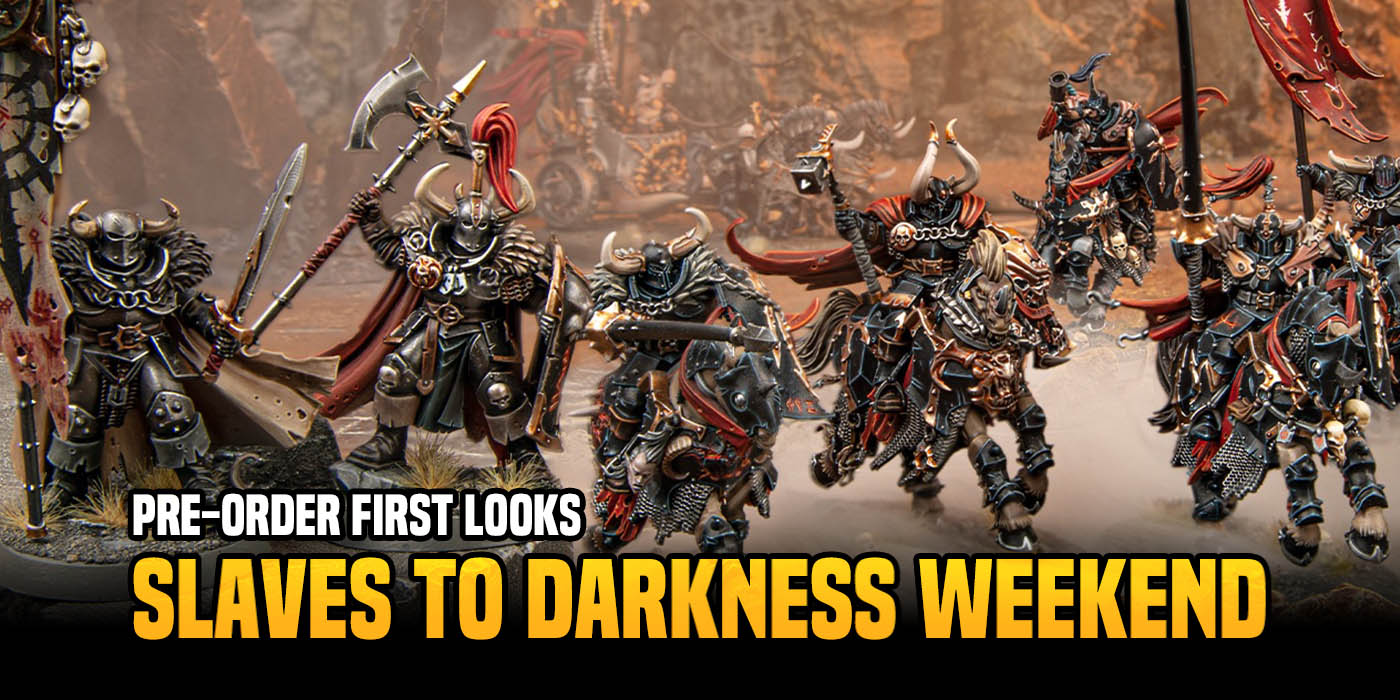