MtG – ‘Phyrexia: All Will Be One’ Commander Precon Review 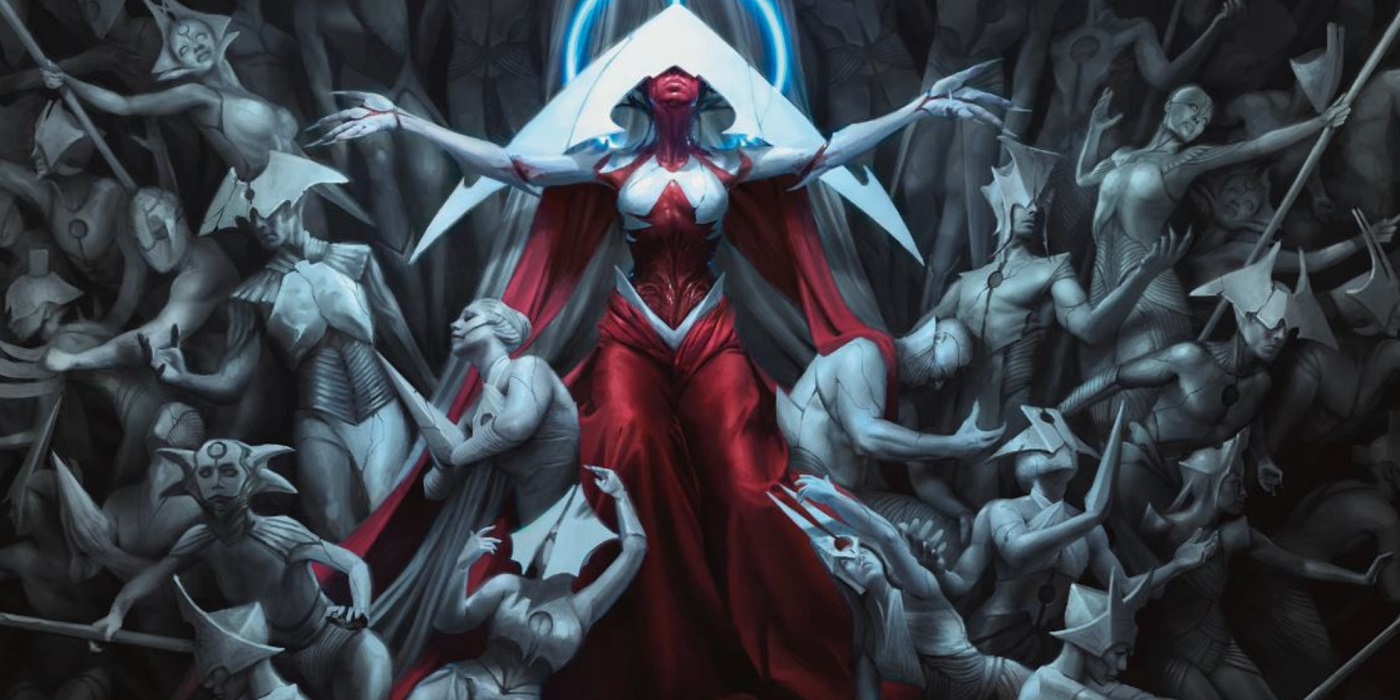 The battle lines for the great machine war have been drawn. No matter which side you pick, you’ll have a solid starting point.

Phyrexia: All Will Be One is just under a month from release, and it looks incredible. The spoilers, reveals, and speculations are shaping into a set that will expertly portray the war between the inexorable Phyrexians and the desperate Mirran rebellion. As with all the other recent mainline sets, the release will include EDH precons. Like Brothers’ War, they will cover each side of the conflict and provide an excellent baseline for your own commander decks. We’ve seen the decklists, and they include some incredible cards, worthy of any collection. 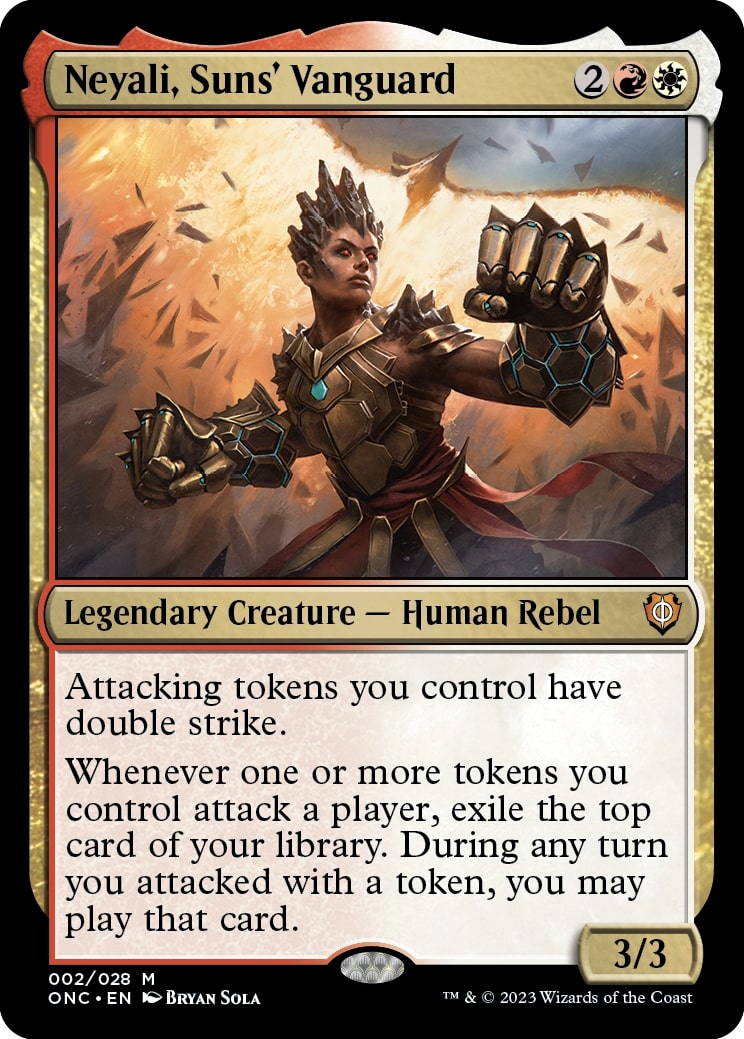 On the side of the rebellion, we have the aptly named Rebellion Rising. Featuring equipment, token generators, and creatures that like having more creatures, this Boros deck checks all the typical RW boxes. It is hyper-aggressive, surprisingly defensive, and even includes the powerful Elspeth Tirel.

The face commander, Neyali, has incredible value for their low cost. First, they give all your tokens a double strike. With all the token creation in white and red, this will rapidly make a small 1/1 or 2/2 army into a threat. However, the second ability is the one to watch, both for deck thinning and cast value. Whenever one or more tokens attack, you can exile the top card of your library. Then, on ANY turn where you attack with a token (whether Neyali is alive or not), you can play that card. This serves the double bonus of clearing out chafe or extra lands while also increasing your effective hand size. Of the two decks, this one is definitely my favorite. 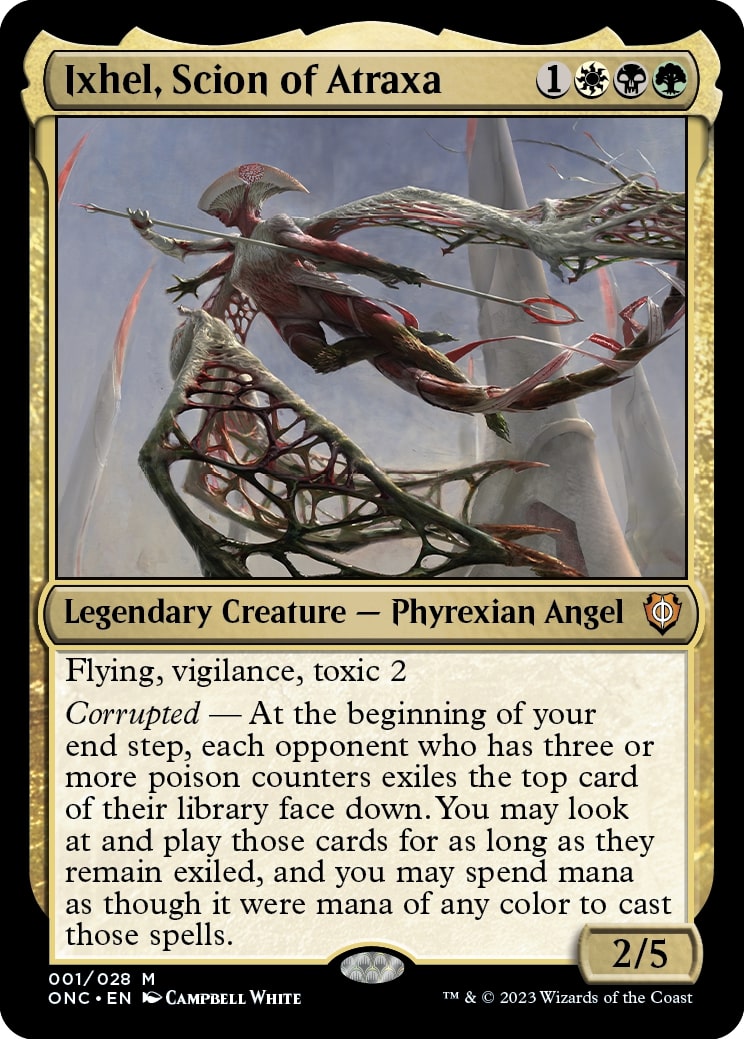 On the other side of the conflict, we have the servants of Elesh Norn serving the Abzan colors. I have to admit, it’s unsettling to see the biggest bads in Magic’s history sitting on two colors associated with life. Atraxa’s creations have been busy, and the deck makes good use of the new toxic and corrupted mechanics. Toxic is a more muted (and probably more fair) version of Infect, handing out a set number of poison counters. Corrupted then checks to see if an opponent has three poison counters, giving extra benefits if they do.

Ixhel, like her mother Atraxa, is a keyword soup commander for the ages.  A 2/5 for 4 mana is already a great value, but combine that with flying, toxic, vigilance, and corrupted, and you have a war crime. This is very in keeping with Phyrexian nonsense though, and her corrupted ability is a twisted reflection of her opponent. During your end step, all your opponents with at least three poison counters must exile the top card of their library. For as long as they remain exiled, you can cast them with any mana you want. Phyrexians love to steal the best parts of their opponents, so this is thematically perfect.

You can preorder all the Phyrexia: All Will Be One goodness from Amazon, Best Buy, or your FLGS here.

Which deck will you be picking up?

Author: Clint Lienau
Originally from North Carolina, Clint comes to Austin as the latest in a long list of haunts of a wandering actor. An avid gamer, writer, actor, pyrotechnician, and general nerd, he writes two Age of Sigmar weekly articles for Bell of Lost Souls from a slightly less than meta angle, plus a weekly tournament roundup. When not busy being a clueless cowboy, Winterfell Bannermen, or whatever else acting life throws at him, he enjoys reading folklore from around the world, writing narratives for his Wargaming armies, or watching all the movies he can. Look for his storytelling podcast, By the Dancing Fire, or find him on Twitch at RedWendigo13.
Advertisement
Magic: The Gathering
Advertisement

MTG: 'All Will Be One' Commander Decks Briefly Appear on Amazon 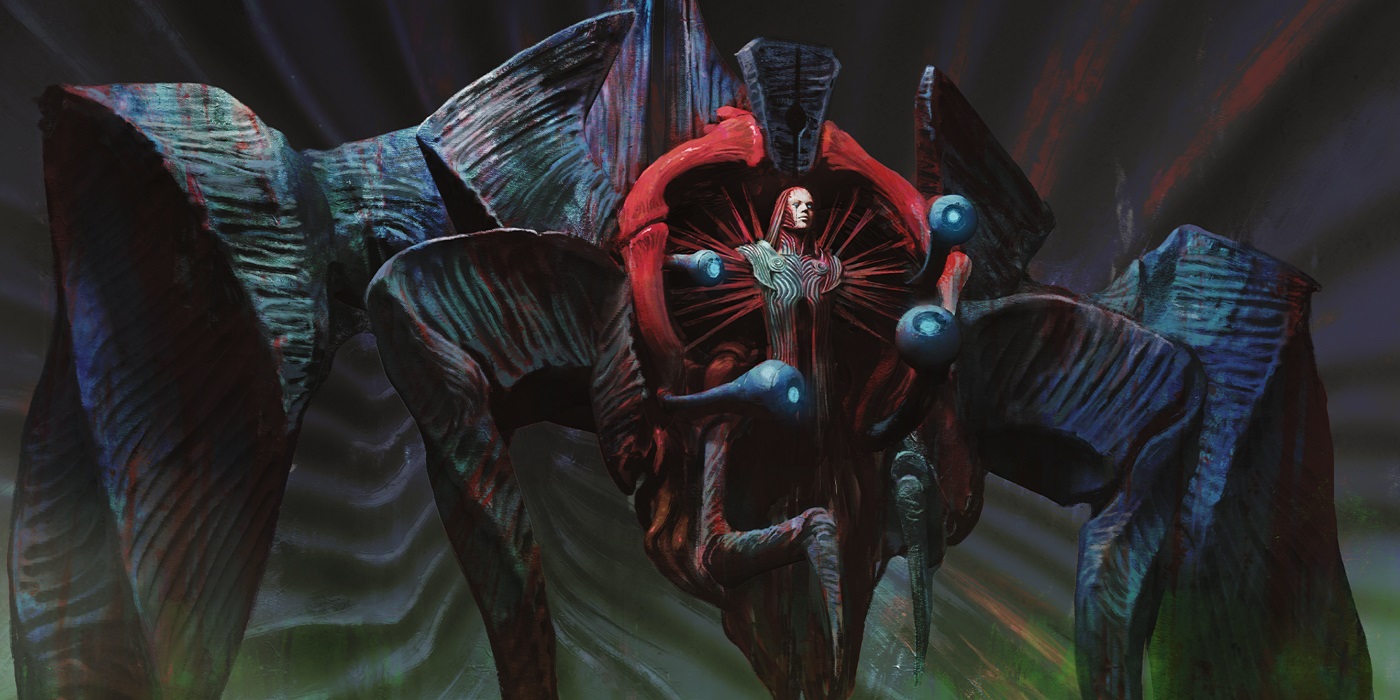