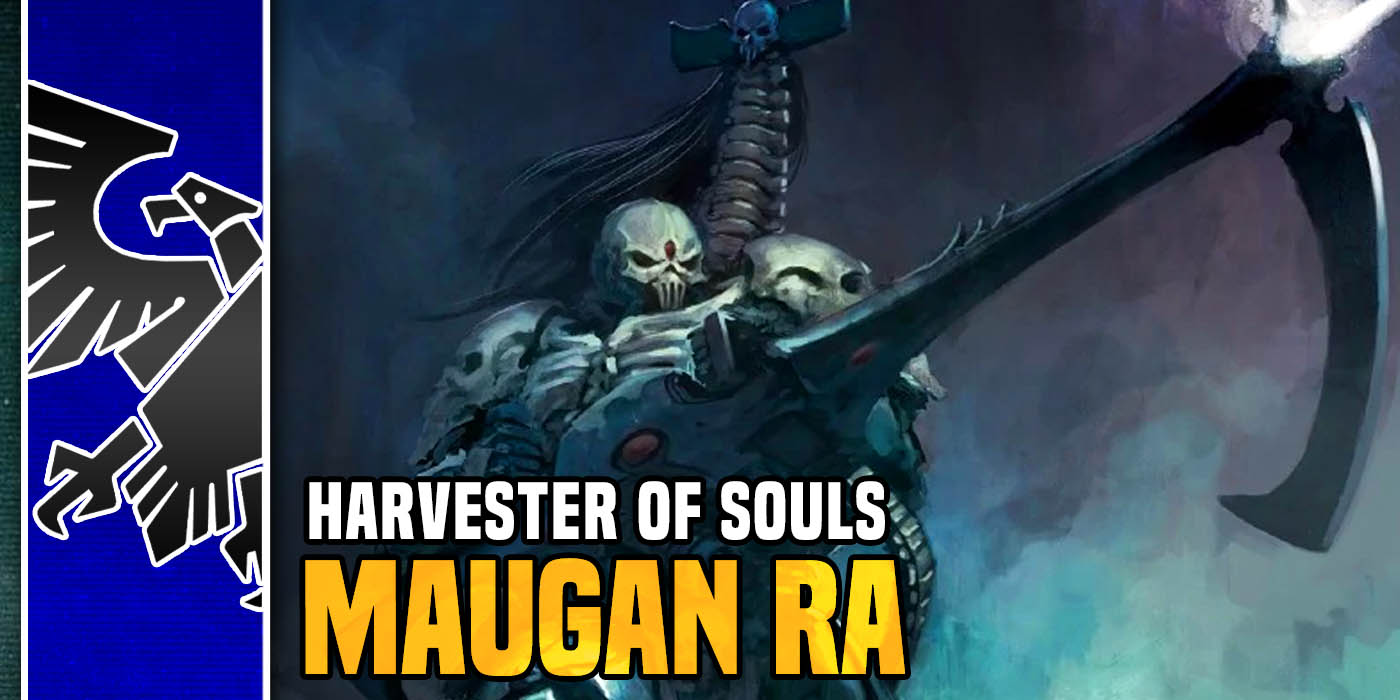 Today delve into the myths and legends of the Xenos Eldar to study  – Maugan Ra, Phoenix Lord of the Dark Reapers

Maugan Ra (literally, “the Harvester of Souls” in Eldar) is an Eldar Phoenix Lord from the doomed CraftworldAltansar. He is also the brother of Baharroth, like the moon is to the sun. 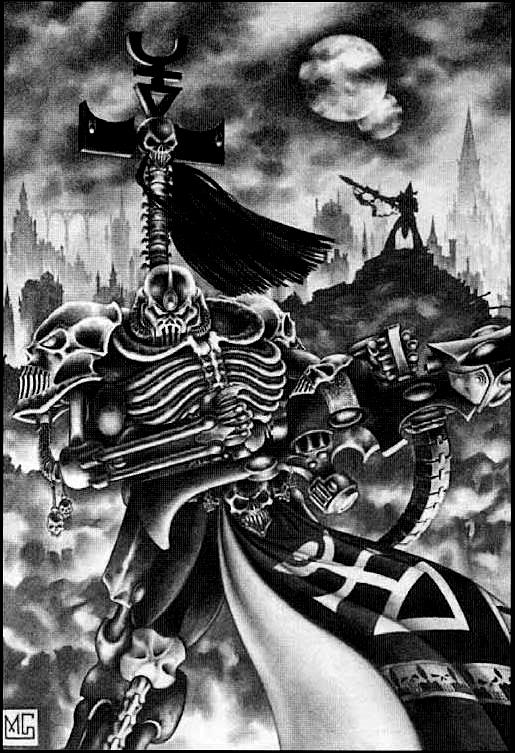 Maugan Ra is said to be the only survivor from a minor expansion of the Eye of Terror that caught Altansar in its grip and sucked it in five centuries after the creation of the Eye of Terror. Already a mighty Exarch, he stayed with his Craftworld until it was dragged into the Eye. When Asurmen taught his brethren the Path of the Warrior, it was Maugan Ra that fell furthest from the fold, after Arhra himself. He took on a dark and sinister demeanor.  Maugan Ra focused on a style of warfare that could slay his enemies from afar. Maugan Ra learned that even the most outlandish weaponry could be used with high precision as his craft progressed.. This skill became known as the Maugetar. This became the founding discipline of the Dark Reaper Aspect itself.

During the 13th Black Crusade, Maugan Ra journeyed into the Eye of Terror and discovered that his Craftworld and its people had survived. Even in the perilous domain of the Chaos Gods, it lived, and he subsequently freed it from the Eye of Terror. He would later marshal the remains of his home to support the combined Eldar effort against the forces of Chaos. Despite the survival of Altansar, there was no celebration for the return of the long-lost Craftworld. Its shadowy and curious ten-thousand year survival within the Eye of Terror was regarded with great suspicion and hostility by the majority of the Eldar race. 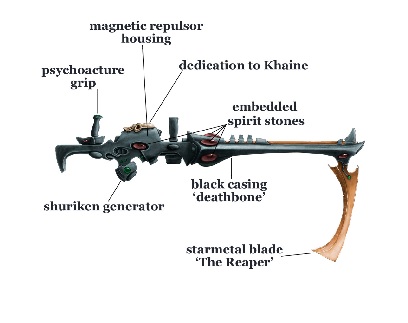 The Maugetar is a truly massive weapon. Phoenix Lord Maugan Ra wields the one of a kind masterpiece. He found, in his studies of warfare, that a weapon can be used as carefully as a scalpel. Be it a blade or a ranged weapon. As such he created Maugetar (literally, “Harvester”), an ancient Shrieker Cannon with built-in Executioner. The Maugetar fires “shrieker” discs of unusual size towards its foes. Maugan Ra undertook a great quest on a Crone World to construct the weapon, battling a Keeper of Secrets, sacrificing an Exarch, and battling through hordes of Slaaneshi Daemons to gather the necessary materials for the weapon. He then constructed it with the aid of the Bonesinger Kaeleth-Tul before crippling him so he could never make another. 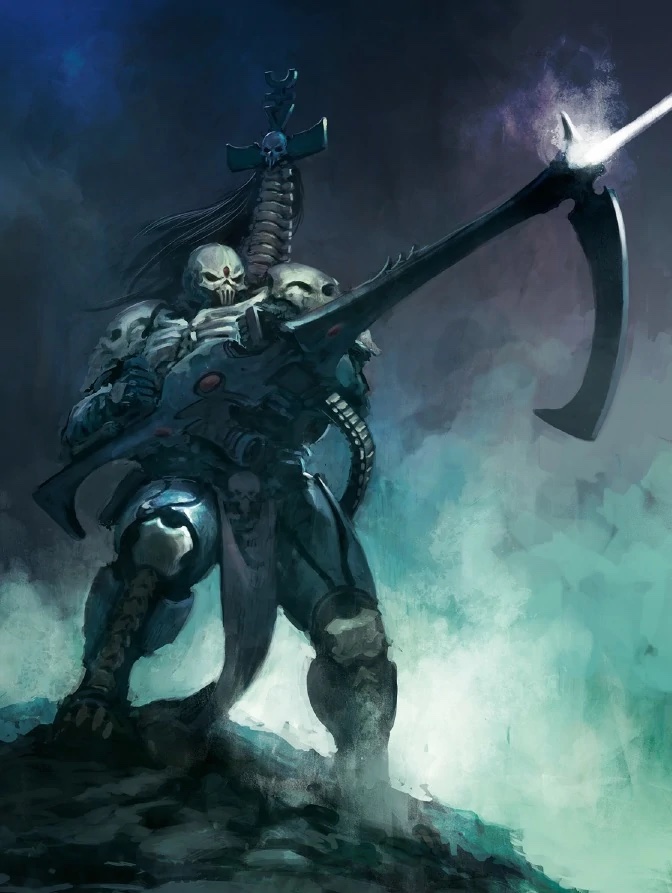 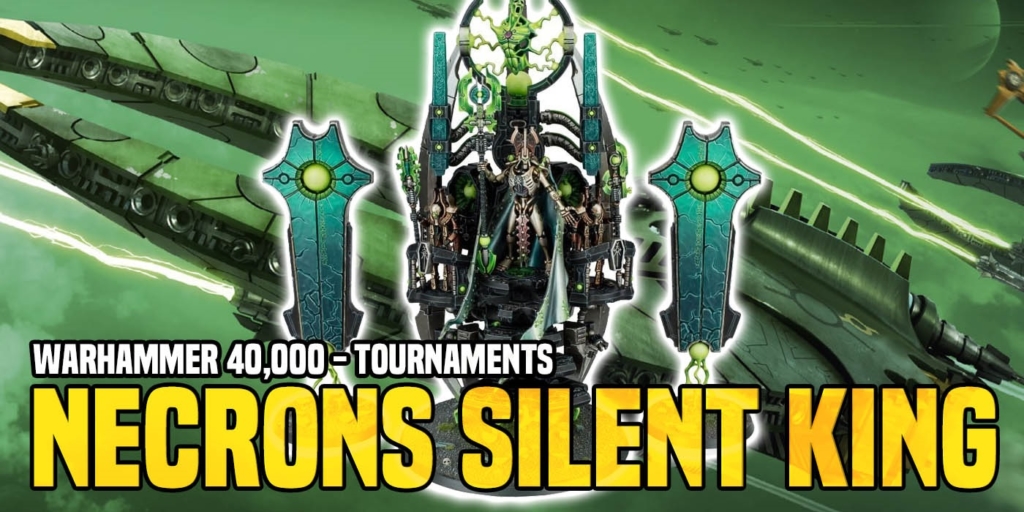