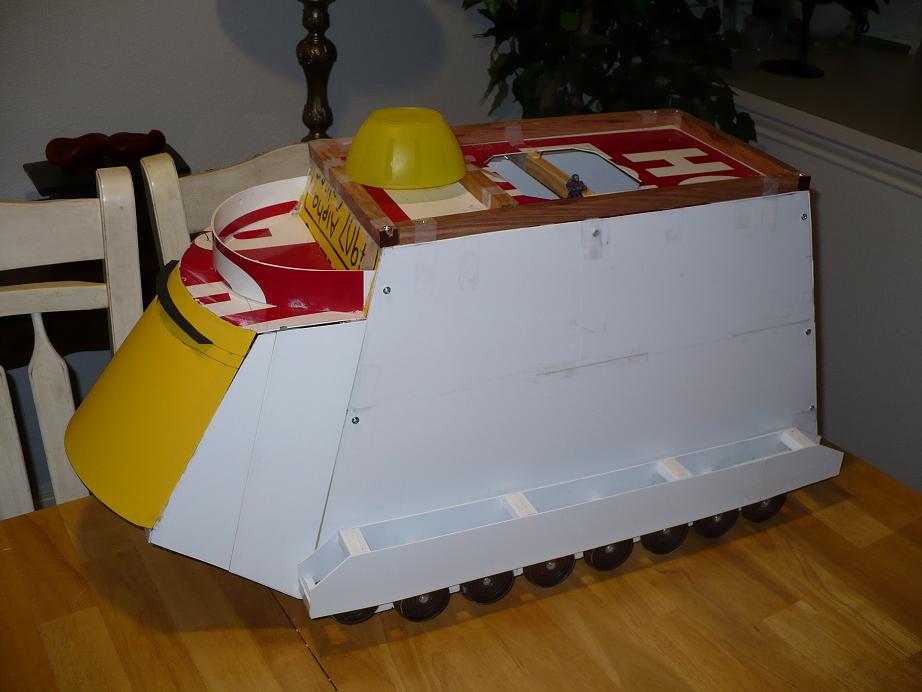 Here is a short update on the Cap Imperialis for a slow news day. The front and sides are on as well as a much improved wheel section. I decided to go with a solid wall on the top instead of the crenelations mostly because it was easier to make it look right. There will be a removable plate on the top for easy access to the carry point.
I’m going with three seperate sponsons rather than the single large one. I’m also adding a row of firing ports near the top to help break up the large empty space on the sides.

The yellow bowl on top will be the housing for the volcano cannon. After I took the picture I realized it was in the wrong place. I’m need to move it forward about three inches and down some.

I still have the front and rear doors to finish, but they shouldn’t be too hard. Once all that is done, I can get to work making the 1600 riveted plates to cover the outside.