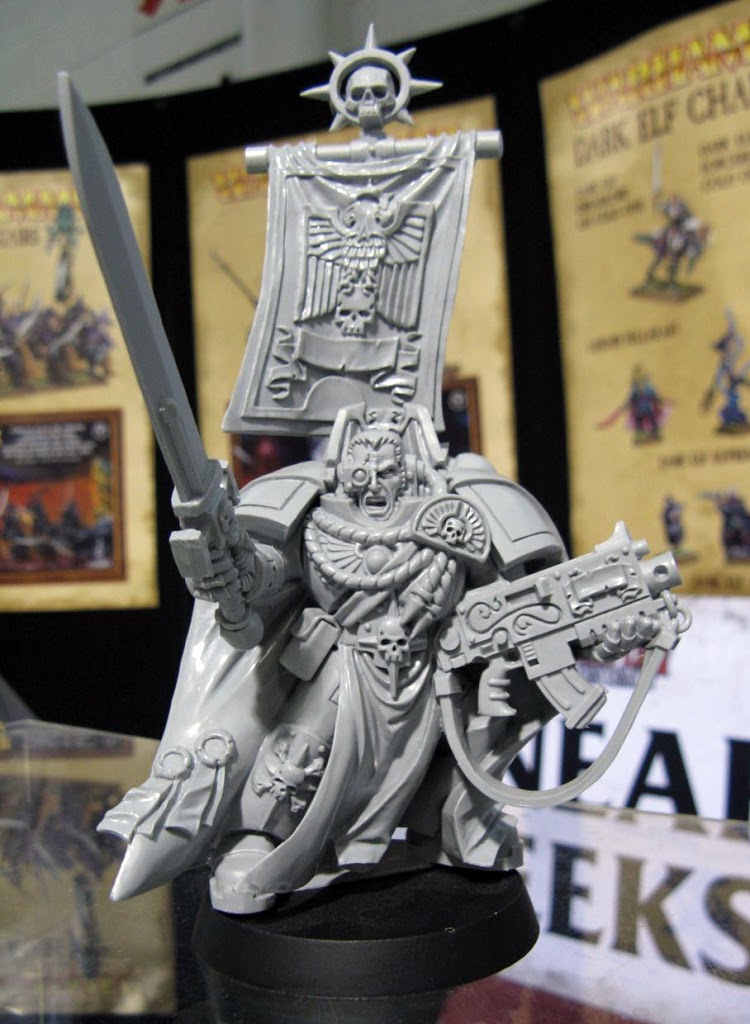 News brought to the community by warseer’s: Maxis Lithium

Hi guys,
Here are some pics and quick news coming out of Games Day Canada:

Minis
First of all, check out the pics brought to us by an intrepid BoLS operative of the Assault on Black Reach Marine Captain and Ork Warboss. Word is that the others pics of the Blood Angel, Space Wolf, Tau, and Runts minis will be direct order minis available in July.

News
Jervis was present and there was confirmation that work on Codex Imperial Guard is underway, but not much else. There is also talk within the studio of expanding the playtesting cycles which go into codices (yay!).

Apparently to the shock of all, he brought up Squats!!! The crux of the conversation was that GW has a 5-year plan to hit every army that was not addressed in 4th and bring them up to speed for 5th Edition. Apparently Witchhunters & Daemonhunters is towards the tail end of that period. Once that is finished, if GW can spare design resources (which they cannot do now), they may look towards re-introducing the Squats as a completely re-imagined new xenos race, with a total break from their Rogue Trader original concept (so perhaps the Demiurge concept). ~I gotta say, WOW; that Squat thing is just out of left field, but hey, more races are always better. Also, extra cool points for the torn up armor on that Blood Angel. I’m confused… is it a bad thing if GW resets the Squat-Clock themselves?