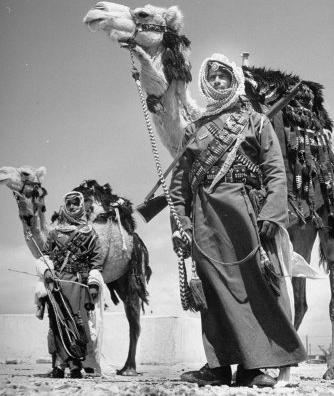 Orks love nothing better than a full tilt charge into enemy lines. But occasionally, the wise 40k warboss will have his boys stand around doing nothing. First off, let me say that I don’t play gunline Orks. While they are capable of playing that way, it takes away from their best abilities. It’s similar to having an assault guard army; you can do it, and it kinda fun to play, but it is not the best use of their abilities. I normally run a 70/30 list: 70% assault and 30% guns. This is usually a shock attack gun and a couple of loota mobs.

When facing another assault army, or a short to mid-range gunline army (Sisters) don’t be too quick to rush in. Everyone knows that Orks are good at assaulting. If you opponent is sitting still, he probably has a very good setup of ambushing counter-assaults and criss-crossing firelanes. You don’t have to walk into his fire pit like that. Seize the initiative and force him to move to you.

Move your guys up very aggressively until they are about 25″ away, then stop. Rest for a turn, or even two. Let your lootas and SAG do what they are good at. I have found that I can usually out-shoot these armies at this range. This will leave your opponent two options: A) stand still and let his 6 or 8 heavy weapons kill a handfull of Orks a turn and loose an equal number of expensive units. or B) move out into the open where there is no cover save and he is within assault range of your trukk and stormboys.

I played a game last night against one of my favorite opponents. This week he brought witchhunters: 3 or 4 sisters squads, a tooled out seraphim squad, some assassins and inducted guard. His guard and sisiters squads took defensive positions behind linear terrain and the seraphin were sitting atop a tower, waiting to bring the hurt on anything that came within 18 inches.

I rushed my boys in full speed until I was about 20 inches away from his seraphim and 25 from his gun lines, then I stopped. The SAG and lootas would then take out about 6 or 8 sisters a turn, and he would kill an equal number of Orks. After a few turns it was obvious that I wasn’t moving and would win the game of attrition. He had to move towards me. No one likes to say they lost all their squads to Ork shooting. At this point, his expensive squads were within range of the stormboys and trukks and it was pretty much over.

This gives me 4 quick assault units that can get stuck in by turn 2 and 3 followup units once the spearhead has broken through. I normally run my squads very lean, no special weapons and few upgrades on the vehicles. Obviously, every squad that can, will take a nob+klaw+bosspole.

~Special thanks to Kenny Rogers for helping write this article.