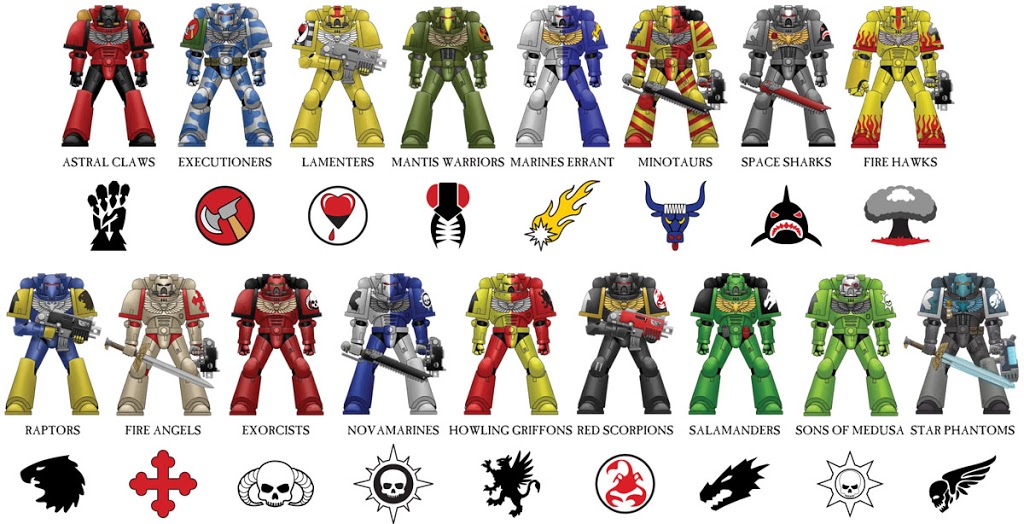 Hi everybody, Its VOTING DAY! Below we have the 10 finalists from the pool of entries BoLS received. We got a good selection of entries and it was very difficult to pick 10 finalists. Thank you to everyone who entered. The 10 APCS below are randomly ordered, and the summary of the APC along with thier creator are listed BELOW EACH ONE.

Look each one over, and judge them as you will. When you have selected the best one, vote in the poll. We will have our winner in a few days time, and they will recieve a brand new Land Raider as a prize well deserved. This vehicle was designated APC 3 of the Space Sharks – Green Company at the beginning of the Badab war and operated as a transport for Squad 3. During the war, the Captain of Green Company ordered functioning sponson weapons recovered from wrecked Land Raiders to be assembled as firepower turrets for available Rhino APCs. APC 3 was retrofitted with a turret and tallied 7 tank kills over the course of the war.
By Tristan McKerracher This Mark-7 pattern Salamanders Razorback is nicknamed “The Oven” by its passengers, not solely because of its armament which spews forth fiery promethium onto its enemies, but also because of the way its riders are baked by the amount of heat produced inside of the vehicle when its twin flamers ignite. Deployed mainly towards the end of the Badad War by the Salamanders’ siege specialists, The Oven’s passengers would lay waste to any traitors’ structures with their various melta-weapons, followed in turn by The Oven’s flamers incinerating any survivors within the rubble.
By Nate Oesch Red Scorpions Razorback of the 4th Battle Company. This vehicle was the personal transport of Commander Praesor, and fought alongside Star Phantoms forces during the Siege of Badab.
By Alex G. Instrumental in the initial push onto Badab, the Space Sharks Razorback “Blood of The Deep” was responsable for over 20 confirmed kills.
By ZiggyQubert The Razorback Ferocia, or Ferocity as it was known in latin was the first transport of the Salamanders 2nd Company which served in the Ultima Segmentum. This vehicle sports urban nightfighting camo to help it deal with counter attacks from the Astral Claws. During the Badab War, it transported Brother-Captain Deflagratio, and his command squad.
By Mitch Boudreau Red Scorpions Apothecarion Rhino of the 6th Company. Unarmed transports such as this one are favored by Red Scorpion Apothecaries to evacuate injured off the field of battle. This Rhino was destroyed by a direct artillery hit from the renegade Mantis Warriors, killing the medic, three patients, and crew.
By Michael Austin Raptors Razorback Infernum: 907.M41 Landing on Tranquillity the Raptors techmarine quickly got to work adapting the Rhino to deal with the Jungle conditions. At first it was thought impossible that any APC would be usable on the ground, but the techmarines quickly crafted “Infernum”. Such was the strength of the twin linked Heavy Flamer even the densest jungle could be penetrated by its power, allowing the 3rd company to clear the Executioners from the planet. Like the Raptors, the Executioners were also known for adapting their armour with camouflage patterns when needed, but this would not be enough to help them this time as they were quickly swept from the planet.
By Andy Gregor During the Badab War, the Mantis Warriors relied heavily on their knowledge of their home system and Rhino APCs to scout out enemy positions as well as ferry their units to the battle. This Second Company Squad Nine Devastator Rhino was instrumental in the location and elimination of an enemy Red Scorpion Rhino column retreating the battle on Tranquility.
By Kingsley Coppinger Lamenters Rhino Invictus. The Invictus unfortunately never really saw much action in the Badab war. Racing sergeant Introcus and his men to battle, the driver stumbled upon an ambush of Marines Errant. A land mine destroyed the back end of the Rhino. As Sergeant Introcus’ tactical marines exited form the vehicle, they were met with round upon round of heavy plasma fire, anihalating the entire squad before they even reached the battle.
By Tomas Mennes Command Tank W2K5 was deployed on the planet of Badab with the Salamanders 3rd Company. Over it’s term it aided in the defence of the southern Boreal regions until finaly meeting it’s glorious end during a skirmish with the Astral Claws, where it took a Krak missile to it’s engines whilst surrounded by several allies and enemies. The last transmission over it’s enhanced comm station was a garbled “In the name of the Empe-!”
By Mike Taylor

~I’m sure the entrants would love to hear your comments folks. We have a really great pool of painters out there and I would like to say THANK YOU to each and every one who entered. I really enjoyed the little stories entered and the variety of fates both great and small that befell these vehicles. Good luck, and may the best 40k hobbyist win! Poll, right column, VOTE!