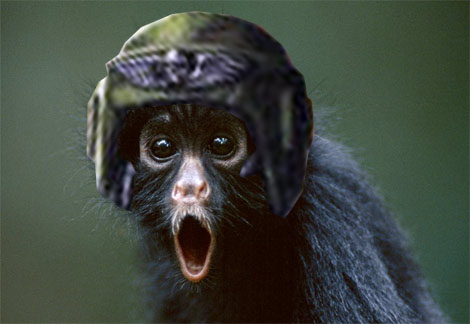 Hi all, Jwolf here. Yes, it’s time for more ideas from the new Imperial Guard Codex, so if you are somehow offended by a list from a book no one can buy yet, please don’t read the article. Similarly, if you are expecting a super-power list, you’re looking in the wrong place today – I’m looking at ways to have some fun and play with crazy new toys and the possibility of a Guard list unlike anything I’ve played or seen before.
One of the more interesting ideas that a lot of Eldar players have at least toyed with in 5th Edition is the “Riposte Host”. The New Imperial Guard Codex has its own version of that – the all outflanking army. Here’s my idea:

Tactics
The plan is to elect the Psyker Battle Squad to Scout (and Outflank in their Chimera), load Creed and Bastonne in the Vendettas and Stracken in the Valkyrie, and hold everything off the board. The army starts with nothing on the board and makes 7 reserve rolls on turn 2. And then, let the chaos begin. There are plenty of scoring units to go after objectives, lots of high strength low AP weapons, and Stracken can tear a Carnifex in half on the charge. I think this list will play quickly and be a lot of fun; competitive but not tricky or overpowering with no heavy support.

~General JWolf here. I’m interested to see what other crazy builds you maggots can come up with to get our beloved Imperial Guard totally out of the gunline business and all about nonlinear attack. So lets see what you’ve got soldier!