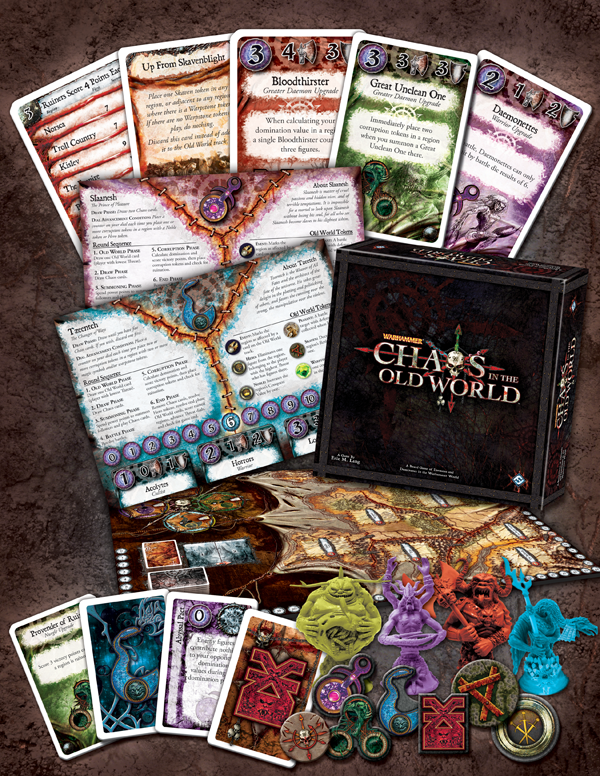 It looks like Fantasy Flight Games got more than the rights to Dark Heresy and Talisman.

Check out this new Warhammer based boardgame: Chaos in the Old World

“In the Warhammer world, four Gods of Chaos battle for supremacy. Khorne, the Blood God, the Skulltaker, lusts for death and battle. Nurgle, the Plaguelord, the Father of Corruption, luxuriates in filth and disease.Tzeentch, the Changer of Ways, the Great Conspirator, plots the fate of the universe. Slaanesh, the Prince of Pleasure and Pain, the Lord of Temptations, lures even the most steadfast to his six deadly seductions.

In the Chaos in the Old World board game, each player takes the role of one of the malevolent Lords of Chaos. Each god’s distinctive powers and legion of followers give the controlling player unique strengths and heretical abilities with which to corrupt and enslave the Old World. Yet, as the powers of Chaos seek domination by corruption and conquest, they must vie not only against each other, but also against the desperate denizens of the Old World who fight to banish the gods back to the maelstrom of the Realm of Chaos…for now.”

~It will interesting to see where not only this game, but future Warhammer-related boardgames go from FFG.

Author: Larry Vela
Dad, Gamer, Publisher, Pilot, Texan. All games all the time since junior-high. I started BoLS Interactive in 2006. I’m a lifelong tabletop & RPG gaming enthusiast, and internet publisher working to entertain and inform my readers every day. I've been playing RPGs and Tabletop Games since the 1970s. I'm been playing and covering Warhammer and Warhammer 40K for over 35 years.
Advertisement
Board Games FFG - Fantasy Flight Games Tabletop News Warhammer Fantasy
Advertisement 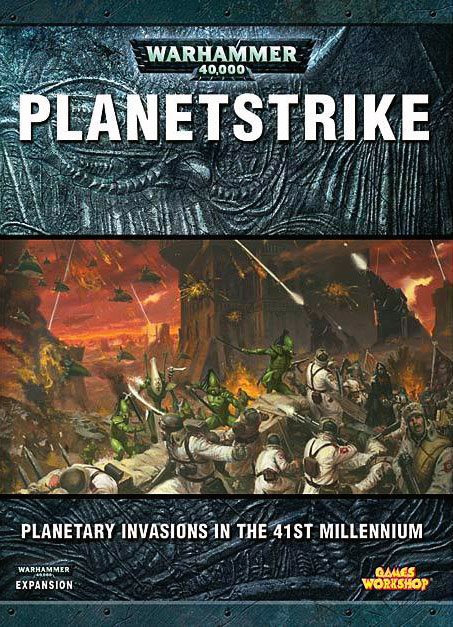