LotR: Gondor by the Numbers 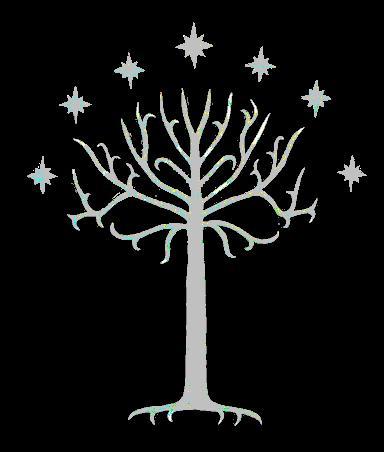 Hi Guys, Bulwark here, and I love War of the Ring.

War of the Rings is still new and most of us are in the stage of trying to get our head wrapped around it. In order to help us all out, this is a quick and dirty analysis of Gondor unit choices. I do not have a great number of battles under my belt, so take my analysis with a grain of salt and feel free to correct me when I am wrong or I miss the value in a particular unit.

I’m breaking down the units into 4 broad categories; infantry, archers, cavalry (not to be confused with Calvary, those are two different things; pet peeve) and Heros. Yes, I know, there are several units that fall into more than one category. But we’ll use this breakdown for simplicity’s sake.

Minas Tirith Warriors. These guys are pretty good. Low cost, high defence and average courage. Their only downside is low fight value and strength. They are the epitome of the Anvil, now we only need a Hammer to go with them. For their price, I see them as one of the best defence units in the game. I like to use these as a baseline for comparing the other unit’s stats.

Numenorean Warriors. One greater fight and one less defence than Minas Tirith warriors for the same price. Not terrible, but getting the 1 extra attack per company probably does not offset the one less defence. However, if you are building your army around a theme, they will work fine.

Warriors or Arnor. These guys are good. Low cost and high defence and better than Minas Tirith warriors in a fight. Their only down side is their poor courage value. Keep an Epic hero with Inspiring Leader nearby and you should have nothing to worry about. Fortunately, Gondor has several inspiring leaders to choose from.

Citadel Guards. These guys are the big brothers of the Minas Tirith warriors. Better fight and better strength. Unfortunately, they are also about 40% more expensive.

Men-at-Arms of Dol Amroth. A good choice if you know you will be facing cavalry, but why would you choose these guys over Axemen of Lossarnach. Higher cost and less versatility with same Pike ability. This entry doesn’t make sense from a game play perspective. These guys are good for making a themed list, but little else.

Foot Knights of Dol Amroth. These guys are very nice. Citadel Guards that get bonus attacks half the time? yes, I will take some. If only they were not all metal.

Guards of the Fountain Court. It seems like GW put these guys, Citadel Guards, and Men-at-arms all in the same bucket and randomly moved one or two of their stats around. Not spectacular, but not awful either. The models are nice, but costly for a decent sized formation.

Army of the Dead. This is a fun unit that is very situational. They are great at taking on those high defence, low courage troops. Fortunately for Gondor, Evil is full of those sorts of units. Their price is a bit high though. Look at the Court of the Dead King for a better priced alternative when taking a large formation.

Axemen of Lossarnach. Finally, a good offensive unit. A few of these hidden around your Minas Tirith warriors will make those orcs think twice about charging you.

Clansmen of Lamedon. Another good offense unit. And they charge like cavalry…it must be the skirts.

Denethor’s Guard. Another fluff choice. The Citadel Guards are exactly the same, but you have to take a couple of special characters with no real advantages.

Court of the Dead King. Army of the Dead on speed. Look at the per unit price of this formation and then look at the price for Army of the dead. Notice anything? Yep, once you count in the cost of a hero and banner bearer, these guys are a steal. And shadowstride is great.

Royal Guard of Arnor. Warriors of Armor with a 6+ invulnerable save. For the points, you are probably better off just buying another company (or two) of warriors.

Wardens of the Keys. These guys have the best defence you can buy, unfortunately buying them costs a lot. For a maxxed size formation, you could buy 3 times as many Warriors of Minas Tirith, and still have points left over.

Minas Tirith Archers. I’m not a huge fan of these guys. They have good armor for archers, but their shoot value isn’t spectacular. For the points cost, I’d look at one of the Ranger companies.

Numenorean Archers. Just like in the Numenorean Warriors, a little more fight and a little less defence than their Minas Tirith counterparts. But, unlike the warriors, they will probably see less fighting so are not as good of a deal.

Rangers of Gondor. Probably the best archers for the price in the Gondor list. Good shoot value and low cost mean you can fill the air with lots of arrows.

Rangers of Arnor. Same price as Rangers of Gondor but with lower courage and better pathfinding skills. Unless you are building an army for fluff, I would go with the Gondor rangers.

Citadel Guards with Bows. Adding bows to these guys really adds on the points. If you want a ‘do anything’ unit, these guys can do it. Personally, I’m more of a unit specialization fan.

Avenger Bolt Thrower. A good number of shots at a decent strength, but the short range and low number of wounds will leave these on the shelf most of the time. For just a few points more, ally in some dwarf ballistas for a much better option.

Battlecry Trebuchet. The big brother of artillery. I have to admit, I haven’t see this one in action. But I can’t help but think that with only 3 guys manning the gun that it won’t last past turn 2 or 3.

Rangers of Ithilien. Spend the points for the 2 special characters and your Gondor Ranger formation gets the ambush ability. Not bad.

Osgiliath Veterans. Good offence, good defence. They fill the same role as the Citadel Guards with Bows, but a steeper initial cost.

The Dunedain of Arnor. Expensive initial cost, but you do get longbows in the deal. I think Blackroot Vale Archers may be a better choice.

The Grey Company. Another expensive ‘do anything’ formation. Though, probably a better choice than the Citadel Guards. I’m not sure if the banner of the King is worth it; I’d like to see it in action a few times before I make up my mind.

Minas Tirith Knights. A good all around unit. Like the Minas Tirith Warriors, they are inexpensive and have good armor. They’re still not wonderful in a fight, but their lances go a long way towards helping that. If sticking with a pure Gondor list, I would take these as the hammer to the warriors anvil. I also think the shields are worth it most of the time (ok, half the time, but don’t go all mathhammer on me).

Knights of Dol Amroth. Beautiful models, high defence, good in a fight, and bonus attacks on the charge like no ones business. A good choice for cavalry, if you don’t mind the points cost…and paying for the metal.

Boromir. This guy is a hero killer. No doubt about it. Tons of might, epic strike and treating everyone as R 1. Don’t challenge this guy unless you have a death wish. Unfortunately, outside of duels, he doesn’t lend a great deal to his formation. Unless you know you are going to face some seriously tough epic heros, he’s probably not worth the loss of 7 companies of warriors.

Aragorn. That sword. That amazing sword. Sure, he has good leadership free might and some nice epic skills, but the bonus his sword gives is worth it.

Faramir. Little brother of Boromir. This guy is great for his points. Inspiring leader and a lots of might makes him a good choice in smaller games.

Peregrin Took. Why? Seriously, unless you are building a theme list, spend the few extra points and get Faramir.

Prince Imrahil of Dol Amroth. Not a bad guy, but I still think Farimir is 90% as good for 70% the price.

High King Elendil. Other than his permanent Epic strike, Aragorn is probably a better choice.
Isildur. Not a bad character. I put him on equal footing with Faramir. A little better here, a little worse there. But all around, they are about the same.

And there you have it, Gondor by the numbers. What is your take on the forces of Gondor? Who is over priced and who is a bargain? 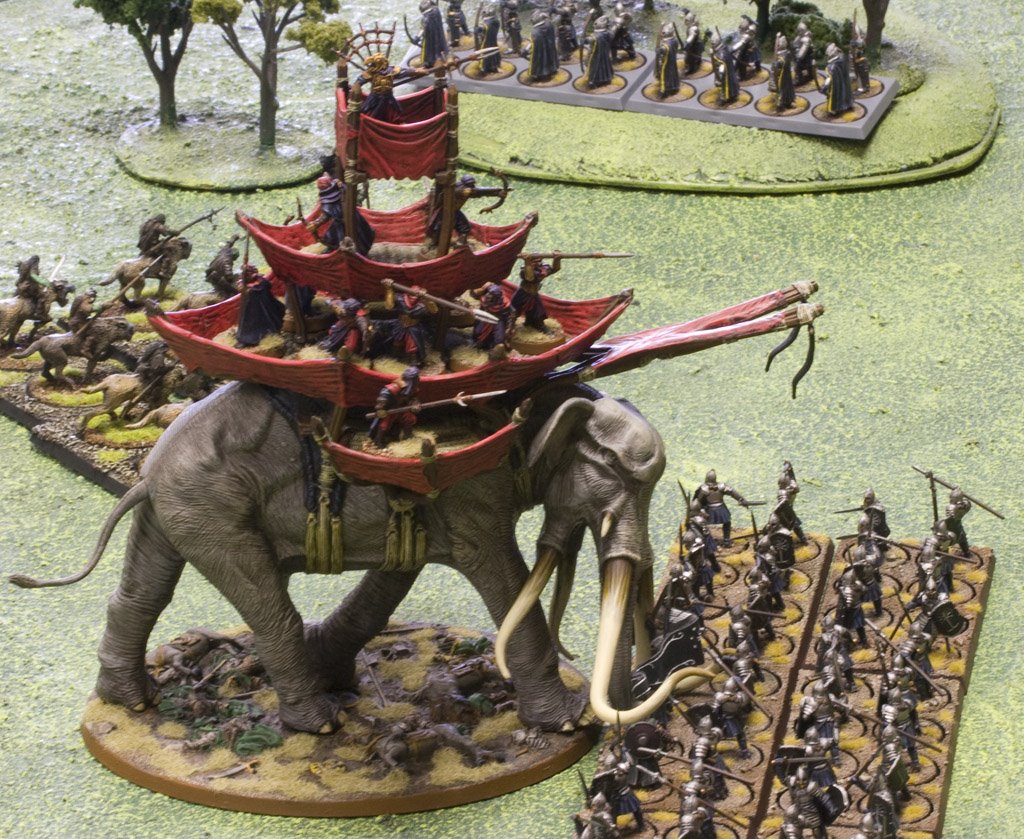