The Dwarven Holds by the Numbers 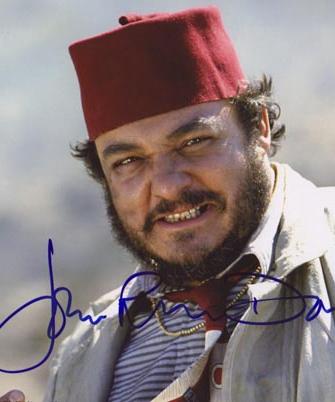 Following up on Bulwark’s excellent War of the Rings Gondor article I decided to go over my own personal favorite faction, the Dwarfs. I decided to use three of Bulwark’s four categories when discussing the Dwarfs (There is no Dwarf cavalry) so with out future ado, ladies and gentleman…. The dwarfs!!!!

Infantry:
Dwarf Warrior Kinband:
These guys are going to be the center of any Dwarven battle line. Though they are more expensive them most other races bread and butter units they more then make up for it their stats. With high courage and defiance along with above average fight and strength these guys are solid. While they have the option to take two handed weapons I would go with shields and leave the heavy hitting to other units.

Khazad Guard Kinband: One of the hardest hitting units in the dwarf army. I would never be caught with out some of these brutal fighters. With a defense of 7 (as high as most other SHIELD armed units) and two handed weapons these guys pack a punch. In most infantry combats they will be hitting on a 4+ while their enemy needs 6s to hurt them, pretty good odds.

Iron Guard Kinband: Over all I normally skip the Iron Guard. Though their throwing weapons are nice I find them to be only nominally better then Dwarf Warriors, and more expensive.

Vault Warden Kinband: These are hands down the toughest unit in the game, with a frontal defense of 10 they will shrug off most attacks and keep on going. With a Fight of 6 and strength 5 they can also put the hurt on in close combat. One big disadvantage, without the ability to get heroes in the unit they are stuck at 5 inches a turn, very slow. These guys are best used to anchor your line and protect your shooting.

Moria Expeditionaries: Dwarf Warriors but better against Goblins and with pathfinder (mountains), whats not to love about these guys? Use them as a substitution for regular Dwarf Warriors, I would never take more then one unit of them as they are a little more pricey.

Iron Guard Ancients: I like the Ancients better then the regular Iron Guard, at 10pts more they really pack an extra punch vs. Orcs. Pathfinders and defense of 7 rounds them out to an OK unit, but I would only take these guys if I’m likely to fight Orcs, which admittedly is fairly often.

Ered Luin Rangers: Don’t let the name fool you, unlike other rangers these guys don’t sit back and shoot, they run up and hit you in the face. I find defense of 5 to be a major weakness in a dwarf army and often just give my opponent something they can shoot at and hurt. However the lack of cavalry in the Dwarf list makes the ability to ambush quite a useful way to get in your opponent’s side of the field.

Murin’s Guard: Standard Dwarf warriors with the ability to lock shields giving them defense 10. A solid unit with out being slow like Vault Wardens. They lack punch so keep them in a defensive role.

Durin’s Guard: Egad! These guys are brutal, Khazad Guard with a veritable host of special rules that just make these guys amazing. The one down side to Durin’s Guard is their high cost, making these guys impractical in smaller games. However when you are able to field them they will prove a vicious hammer to destroy your enemies with.

Archers:
Dwarf Archer Kinband:
I’ve tried using these guys, I really have, but I just can’t find a place for them in my army. They are one of the worst units in the Dwarf list. Sure they have defense 6 (better then most other archers) and sure they have strength 4, but these are not really qualities I find useful in my archers. The big disadvantage is their short range coupled with the fact that they have no particular skill with bows and are not cheap. I always skip them.

Dwarf Ranger Kinband: A much better choice for ranged firepower then the regular archers; not only do these rangers have a better shoot value but they get real bows. Though its possible to equip them for close combat I see no reason to take them over Dwarf Warriors as combat troops. As arches however they are the clear choice for any dwarf army.

Dwarf Ballista: Long ranged and packing a punch; the ballista is the weapon of choice for Dwarf generals wishing to engage at long range. The range and heavy striking power of the Ballista helps make up for the dwarf’s lack of cavalry, allowing them to influence the battle from range rather then being forced to close with the enemy. The better range and higher straight then the Gondor bolt thrower, the Ballista is a good choice for non-dwarfs to take as an ally. The Ballista is particularly good at shooting up those flying monsters and fast cavalry units that the dwarfs have such a hard time coming to grips with. They have also been known to down a mumak or two.

Drar’s Hunters: These are pretty much just Dwarf Rangers with the ability to spend might in order to improve their shoot value. If you where going to take Rangers with a captain, for just 10 more points you should take these guys. Outside of that these guys are nothing special.

Heroes:
King’s Champion: While not strictly a hero the King’s Champion best falls under that category, for what else would you call a lone dwarf so awesome that he counts as a monster? Along with being an absolute beast in combat the Champion also passes his courage of 6 around to all the nearby units making him a good unit to base your battle line around.

Floi Stonehand: Floi is not a combat character, oh no he is not, however he more then makes up for that with his two special rules. Loremaster allows him to remove enemy special rules is key to winning a battle. In particular I have found the ability to remove prowler and spirit grasp to be instrumental in surviving enemy attacks. He can also use his epic renewal combined with another hero’s counsellor ability (Dain has this) to effectively create new might and spread it around, priceless.

Balin, Lord of Moria: Balin is a good cheap choice for a dwarf character. He combines some useful special rules with the all important ability to epic strike to make a well rounded hero.

Dain Ironfoot, King Under the Mountain: Tough and rather pricey at 200 points, Dain is one of the best heroes in the game. Along with a high base fight and a good might reserve, he has an amazingly high resistance, making him almost invincible in a duel. Epic strike is a all important ability, and epic rampage is absolutely amazing allowing his unit to wreak untold havoc. To round him off he has more banes then anyone else, and the counselor ability, which allows him to pass might around, and even create new might, take him with Floi for best effect.

Gimli, son of Gloin: Though Gimli’s stats are slightly less then Dain’s he is perhaps the most potent of the dwarf characters. Put Gimli in with a unit of Khazad Guard and these guys will end up hitting most enemies on a 2+, add in his epic rage (for every successful hit make another attack) for almost limitless destruction. Good special rules round him off. To top it all Gimli can use Baruk Khazed (my favorite rule in the game) in which his unit throws him at the enemy like a missile (never toss a dwarf!!).

Well that rounds off the Dwarfs, I would love to hear what you guys are using and what nasty combination you’ve come up with. Iamaddj signing off!